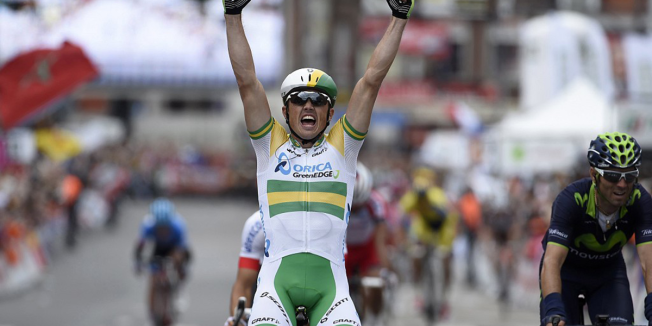 One of Australia’s toughest and richest one-day cycling events is returning in 2014 with international cycling’s biggest stars on Sunday 14th December. The Shimano Super Criterium will see some of the best national and international professional cyclists compete for $30,000, one of the richest prize pools in cycling.

“The race format is fast, exciting and tough. The action will be non-stop and brilliant for spectators because it’s on a short circuit in the heart of Melbourne” said Simon Gerrans. “It’s also a great opportunity to test my legs in the lead up to the Nationals and Tour Down Under”.

Not to be outdone, the Women’s Elite race will be led by last year’s winner Chloe Hosking, who will have to fend off current and former criterium champions Sarah Roy and Lauren Kitchen; not to mention professional riders like Jo Hogan, Nicole Whitburn, Jenny MacPherson and Karen Elzing – a criterium specialist from the Netherlands.

Live commentary will be provided by Tour de France commentators Matthew Keenan and Scott McGrory. “It’s a world class crit – seeing riders we’re accustomed to seeing on the world stage race on a club criterium circuit that any local cyclist can race on any weekend is pretty special.” said Keenan . Hosted by the St Kilda Cycling Club, the carnival event on White St, South Melbourne will be family friendly and a free spectator event. There will be plenty of food and beverage outlets and heaps of kids’ activities.