The Shimano Sprint Series will host three races in Launceston, Sydney, and Melbourne. Each race will be an individual event, with it’s own unique course and location, local flavour and unprecedented cash prizes.

Here’s how it works. Wannabe Sprint Kings and Queens must be elite racers, those in the elite fields who score results will receive their race winnings plus series points. The series points will be awarded up to 10th place across the line and for sprint primes throughout the race. After three races the individual with the most points wins. Easy.

The setup is sure to throw some cats amongst the pigeons, adding excitement to the races and extra incentive for local amateurs who are available to attend the whole series and score consistently but not necessarily at the top of the results sheet.

The ultimate Kings and Queens of the series will receive equal prize money, $3000 for first plus their coveted and priceless crowns.

The Sprint Series kicks off on Sunday, November 12 in Launceston at the Launceston Cycling Festival featuring the Stan Siejka Classic. Six days later sees the second round on Saturday, November 18 at Criterium White Bay – a debut event for Sydney. Riders will then have a month off to fine tune their form ahead of the the race that started it all on Sunday, December 17 at The Shimano Super Crit.

Follow the links below for a preview of each event.

What’s on for summer 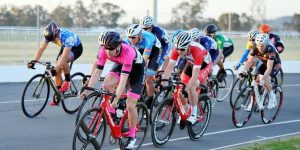