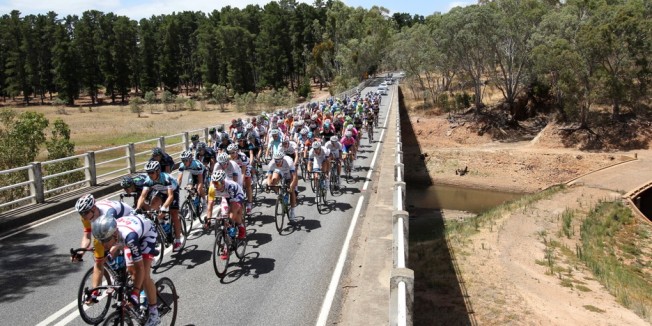 Santos Tour Down Under Routes Announced

Australia has been the talk of the cycling world over the past few weeks. With Orica-GreenEDGE holding the yellow jersey, Stuart O’Grady riding his record 17th Tour de France and now this year’s Santos Tour Down Under course route being announced, The Tour Down Under is set to be one to remember.

Stage one will return to Nuriootpa for the first time since the race began in 1999. This stage will include the infamous Menglers Hill climb just 14 kilometres from the finish line at Angaston.

Also making a return will be the decisive Corkscrew Hill, first introduced in 2013, where we saw Geraint Thomas (Sky) attack Javier Moreno (Movistar) to win stage two and take the overall race lead.

Race Director Mike Turtur said he was pleased to have again created a course featuring new elements to test the riders from across the globe.

“The 2014 race routes will deliver a race that is fought until the very end and for the second time there is a balance between stages that favour sprinters and all rounders,” Turtur said.

Continuing its sponsorship for the fifth year, Santos and Chief Executive Officer David Knox says the partnership continues to deliver benefits for the South Australian community and Santos.

“The Santos Tour Down Under has become an iconic event for both South Australia and Australia,” Mr Knox said. “It showcases our state globally and also provides an opportunity for visitors and the local community to witness and participate in a world-class event.”

Unfortunately due to conflicting events in Adelaide, the race routes for both the People’s Choice Classic and Stage 6 will be significantly different in 2014. The two city-based courses are still being finalised and will be announced over the coming months.

The Santos Tour Down Under will take place on 19-26 of January 2014 in Adelaide and regional South Australia. More information is available at www.tourdownunder.com.au 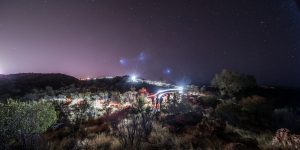