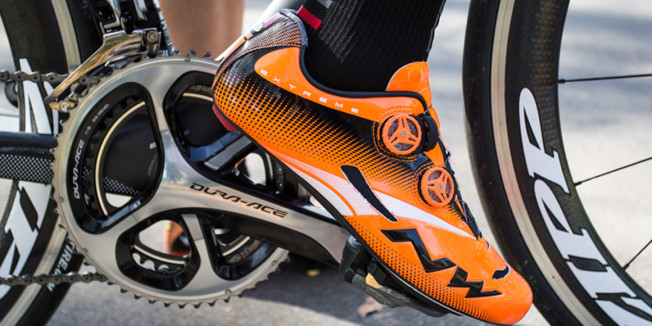 Be Visible. Be Safe

It’s a tagline everyone of us can relate to and it’s a position that Northwave designers have taken on board quite seriously with the latest colourway fluo orange Extreme Tech Plus.

There’s a certain novelty to wearing shoes that practically glow out on the road but would they stand up to the pressure of a thorough Cyclist testing? We slipped on a pair of the 518g (10.75US) shoes to see if the levels of extreme visibility matched the promised top-end performance. 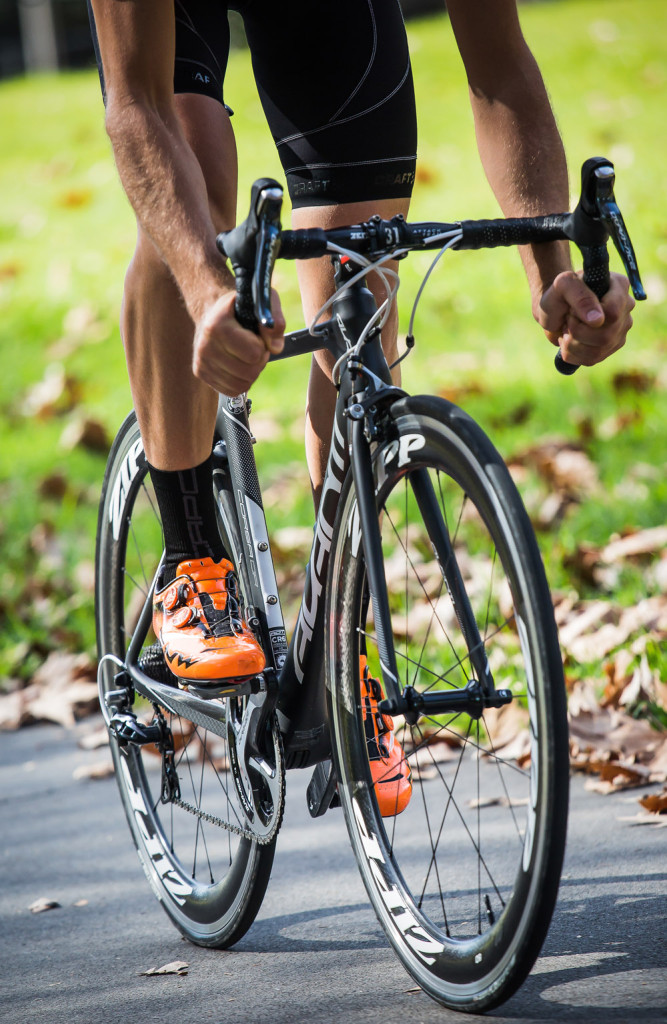 After wearing the Extreme Tech Plus on and off for a couple of months we have come to appreciate the all-day comfort – especially from the upper body construction. They may not feel as stiff through the sole as a couple of other brands on the market but we were never found wanting even during intense efforts over an extended session. Those with flat feet may want to fit their own inner soles as they do little in the way of arch support but this will depend on your preferences. For this particular tester, who has almost pancake-flat feet, the supplied inners were fine.

Once a long-time Speedplay’er  and now Shimano-equipped for the past three years, it’s was nice to see the Italian owned, Chinese made shoes with a four-bolt compatible sole. Speedplay’s are a great pedal system but are often let down by particular shoe configurations which don’t cater for the cleat design. Brands may argue its pedal axle to foot distance is minimal anyway but having to bolt and adjust two separate pieces (adaptor and cleat) is always a dreaded affair and is part of the reason that many move across to a more universally accepted three-bolt cleat arrangement.

Northwave however, overcome this concern with its specific adaptor that allows direct mounting to an ultra light and vented channel carbon fibre sole. Alternatively, for those using a three-bolt cleat you needn’t worry, accurate markings ensure you can get the set-up correct from the get-go.

With cleats fitted it’s time to look at some of the other features you expect from a $400 pair of cycling boots. In keeping with the theme of breaking tradition Northwave has opted not to use the popular BOA retention system and instead employ what it calls the Speed Lace Winch (SLW 2) – an update to it’s previous system. The best thing about the slender dials is that it’s easy to use, albeit a tad foreign when more accustomed to BOA’s. A micro adjustment system means the fit can be dialled in exactly to your spec. It also won’t stretch or deform when wet. 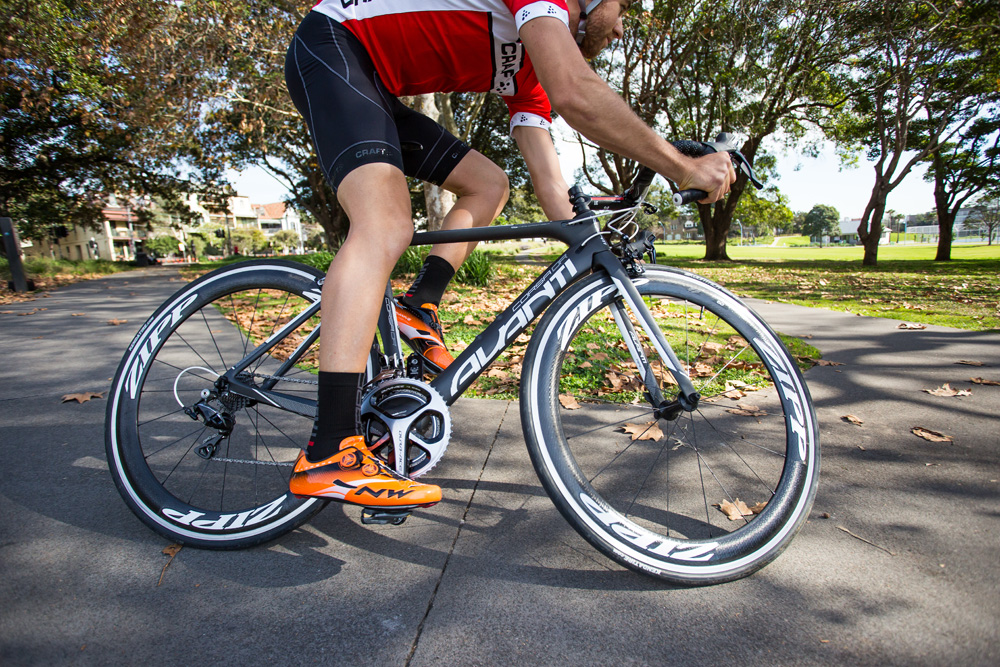 Once dialled in it becomes apparent that an extremely malleable upper body has been employed. The shoe wraps around the foot fittingly but as mentioned before this can be modifying depending on how tight you turn the SLW2’s. Its supple nature necessitates that a heel gripper be used to keep the foot firmly in place. This is found in the form of one-way fibres – like a shark’s skin – that allow easy entry but lock to the heel when pulled the opposite direction. It’s not something you can perceivably notice once your foot is inside but what you do feel is a heel that doesn’t lift.

Black cycling kit may be still be the norm but if you want to take your visibility to the next step then fluo orange won’t disappoint. Of course, regardless of what you’re told are the safest colours not all are willing to be so outlandish. Those folk can be thankful Northwave produce plenty of low-key models too. But we are happy to keep it on the safe side – especially at this time of the year.

For more info head to bikesportz.com.au

For a more classic look, check out the white Extreme Tech Plus. 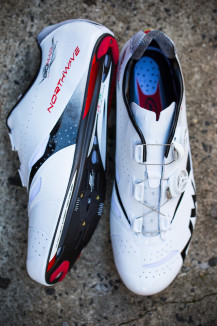 Win a pair of Bont shoes!

We've teamed up with Bont to launch their mybonts program