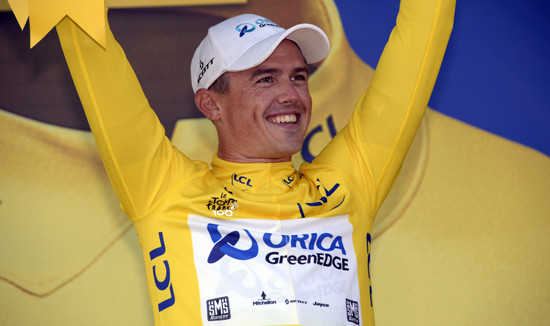 Orica-GreenEdge has announced its nine rider squad for the 2014 Tour de France. More than half the squad make their Tour debut with five first timers. The remaining four were part of the successful team that scored two stage wins and a four day stint in the yellow jersey last year.

“This year we are going to the Tour without a sprinter for the flat stages and will be targeting numerous stages,” said Sport Director Matt White. “The goal for the team is to walk away with a stage win.”

“I am very happy with the roster we have assembled,” said White. “It’s a good mix of youth and experience.”

Simon Gerrans scored Orica-GreenEdge’s first Tour de France stage win last year when he won stage three from a reduced bunch sprint. The following day he moved in to the yellow jersey when Orica-GreenEdge won the team time trial. He has scored four victories already this season including a national road title, a stage at the Tour Down Under, his third Tour Down Under overall victory and his second monument at Liège-Bastogne-Liège. Gerrans has a stage win at each of the Grand Tours and will be looking to add another win here.

“He is our team leader,” explained White. “Over the last couple of years Gerrans has won some of the biggest races on the calendar. He’s won Milan-Sanremo, Liège and a stage of the Tour de France. We know we can count on Simon to deliever results when the stakes are high.”

“This is the toughest first week of the Tour de France in the modern era,” said White. “The second stage in Sheffield is really like a mini Liège-Bastogne-Liège. Then to top that off, the second stage back in France is like a mini Paris-Roubaix. It’s certainly got it all”.

Orica-GreenEdge for the Tour de France: 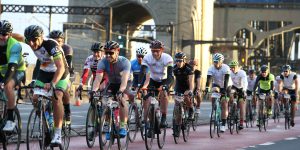 It’s not often you get to cycle under the trusses of the Sydney Harbour Bridge but on Oc...