This seasoned Spaniard is looking for a win

With the cobbled spring classics run and won the WorldTour peloton now heads to the hilly Ardennes and viewers turn their attention away from the towering force of Omega Pharma-Quickstep and instead look to teams like Movistar to set the racing alight. The Spanish squad has a man in their roster who, with his current form, will most certainly be in with a chance of winning at least one of the three Ardennes Classics. Alejandro Valverde has won Flèche Wallonne and previously picked up two victories in Liège–Bastogne–Liège and it’s no wonder the 33-year-old is still motivated, this is his office. 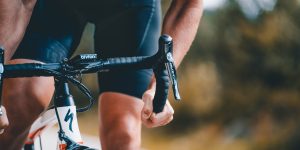 The Bryton Rider 750 is a mid-range to high-end cycling computer aimed at dedicated riders...