Look has thrown every bell and whistle at its latest Keo Blade Carbon Ceramic pedals, but the biggest news here isn’t the bearings. Cyclist clips in to find out. 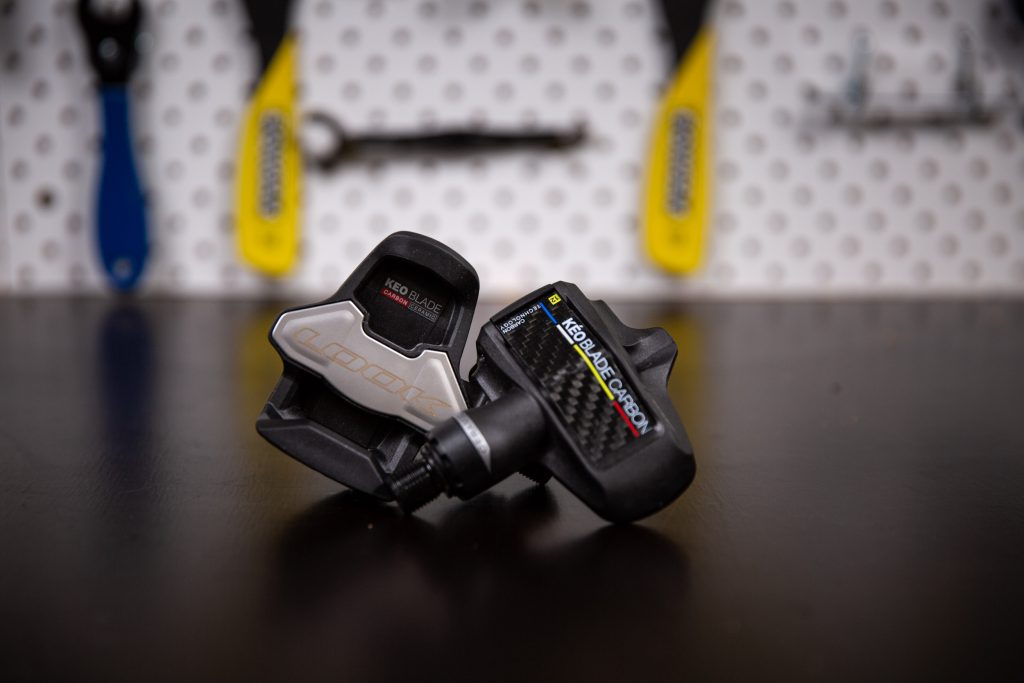 Look makes quite a few lofty and hard to test claims about its new Keo Blade Carbon Ceramic pedals. Some are based around the ceramic bearings – which the French outfit claims to reduce friction by 18 percent – reported to last four to six times longer than a steel bearing. Look also state weatherproofing has improved by 120 percent thanks to a double lipped o-ring seal claimed to be IPX7 and IPX6 water and dust resistant.

Under the hood, the pedals see a new oversized axle and wider-spacing between the roller and ceramic bearings. This alone is said to save two watts at 100RPM. The testing procedure consists of rotating the pedals two million times at 100RPM with 90kg at the centre of the pedal. In the real world this roughly equates to 1,700 watts for around 333 hours. In short, the Keo Blade Carbon Ceramic pedals shouldn’t need much more than the occasional wipe down once they’ve been screwed into your cranks. Fit and forget, it seems. I like the sound of that. 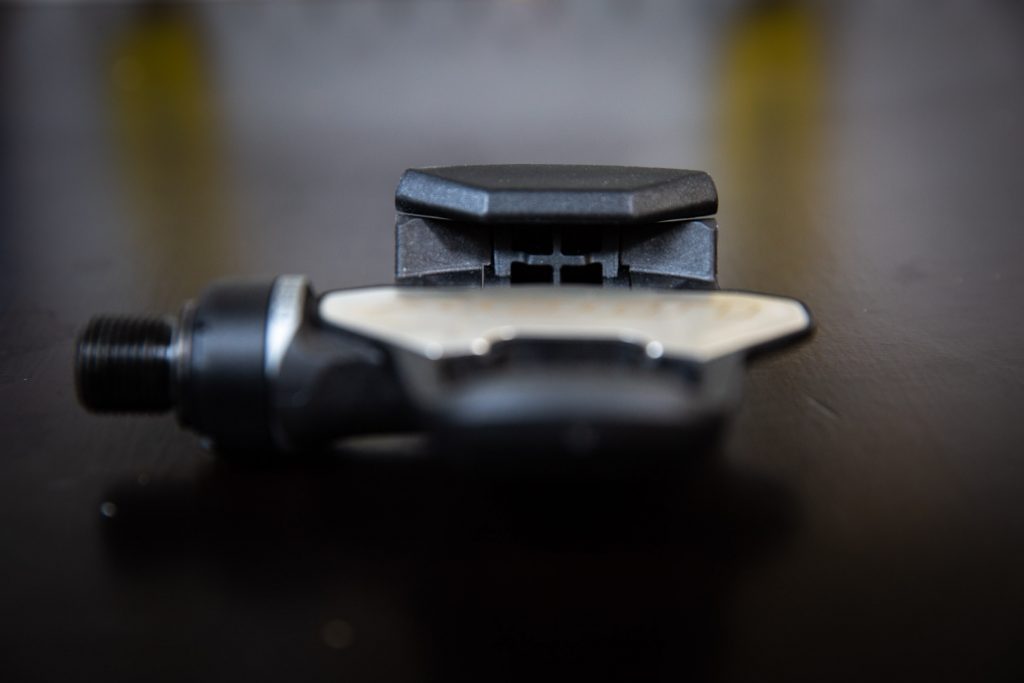 Clip in, clip out

What makes the Look Keo Blade unique is the use of a carbon leaf spring. This is in place of a metal coil spring and used to actuate the pedal. The Blade is claimed to save a chunk of weight and also shave a few grams off that pesky aerodynamic drag. The flip side to these benefits is that changing the release tension isn’t quite as straightforward as you’ll find in a pair of trusty Shimano’s.

Blades with 12Nm, 16Nm and 20Nm of release tension are available, with the first two included in the box. The pedals come with the 12Nm blade installed and the process to change them is straightforward. It’s considerably more involved than just turning an Allen key like you would with a traditional spring system but once you find that sweet spot, it’s not something I would change ever again. 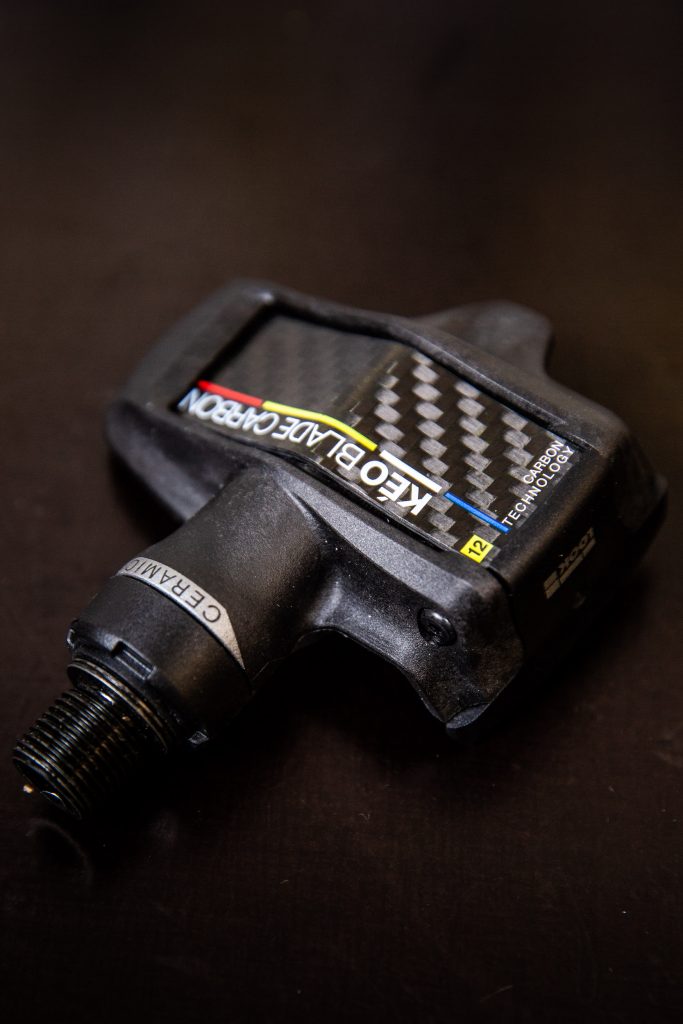 Without the metal coil spring to weigh down the back of the pedal the Keo Blades can leave you pawing when you set off from a stoplight, which will take some getting used to depending on your current arrangement. This particular pair was fairly well balanced however, there were times when the pedal would come to the top of my crank upside down as I pushed off from a stoplight. It’s an issue you’ll struggle to find with a pair of Shimano Dura-Ace – mind you, Shimano Ultegra pedals can do the same – and Speedplay’s can be operated with your eyes closed. 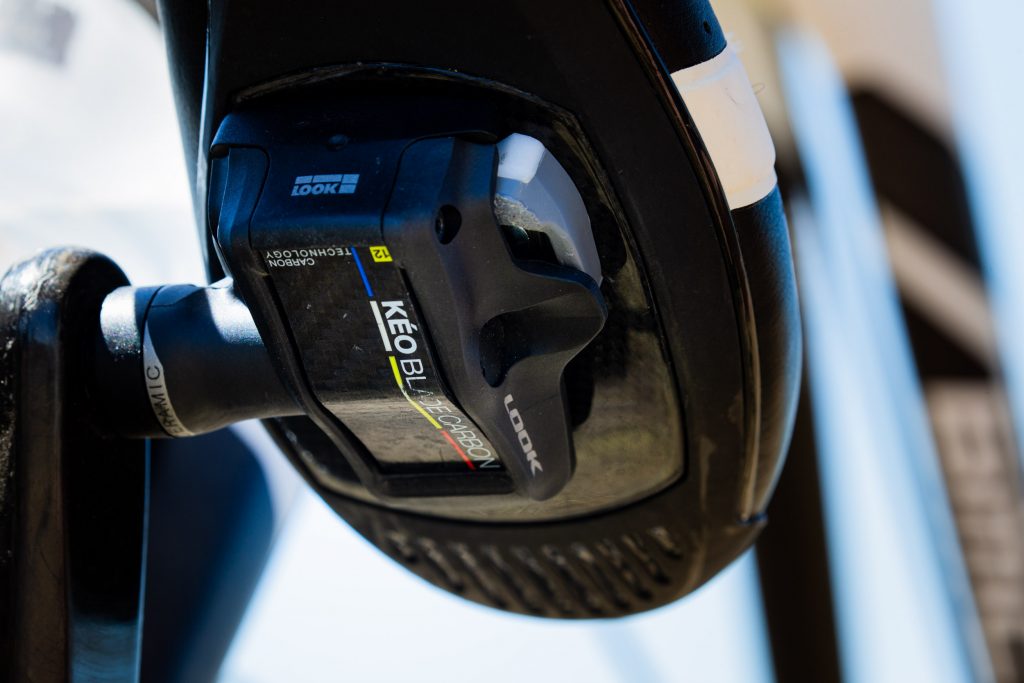 With the blades being made from carbon, an inherently fragile material, their position on the underside of the pedal exposes them to the potential for damage. Flying road debris or a failed clip-in movement could theoretically cause them mischief but the system has seen refinements over the years to bolster durability.

Broken blades are not uncommon but probably no more common than another pedal failing in some way however, in my relatively short test period, the right side spring does show a couple of marks. These were most likely caused by impacts from road debris. They appear purely cosmetic for now and I imagine they’d need a lot more beating up before any issues arose. What’s the physical state of your current pedals? I’ll wait…

When you push down to engage the pedal, the mechanism greets you with a positive snap, and even with the 12Nm blades installed, I had no fear of ripping a foot out under power. 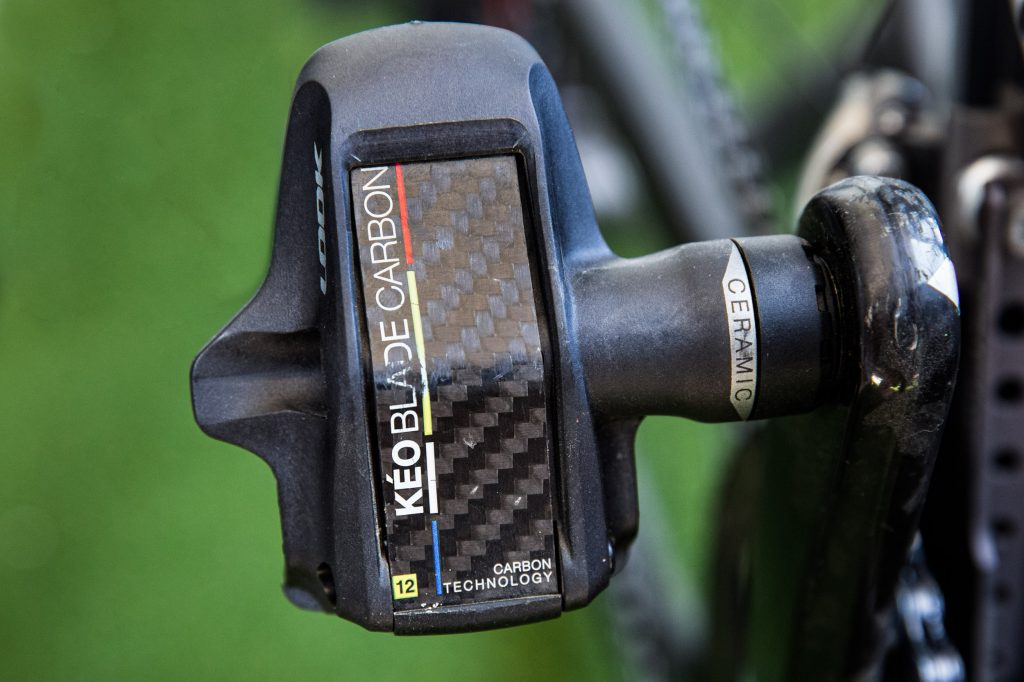 While Look has more experience with clipless pedals than any other brand in the world (because they basically invented them) for years, even their flagship road pedals have been plagued by a mushy connection that allows your feet to rock side to side. This soft connection would even present with the brand’s fixed cleats, and the only effective way to solve it was to put a strip of bar tape on top of the stainless steel pad to eat up some of the space, or use the Exustar copycat cleats.

With these new pedals, the 67mm stainless steel pad is still there however, it now features contouring which makes the pedal significantly more stable. As an added bonus, with the cleat no longer rocking on the pedal body, it seems to have also eliminated the squeaking which could develop when grit found its way into the contact surfaces.

Look supplies the Keo Blade Ceramic pedals with its grey 4.5-degree float cleats. It has been a few years since I’ve ridden a Look pedal system and I’ve forgotten how dangerous these cleats are to walk around in — it’s arguably worse than black ice. While the standard cleats are full plastic, I don’t know why Look doesn’t supply all of its pedals with the rubber-tipped Keo Grip cleats. Not only do they reduce wear on the cleats but also more importantly reduce those brown bib short moments when you have to walk across a tile floor. Cafe covers are available but with all the other gear we stuff in our pockets these days, I’m not one for packing more than necessary. 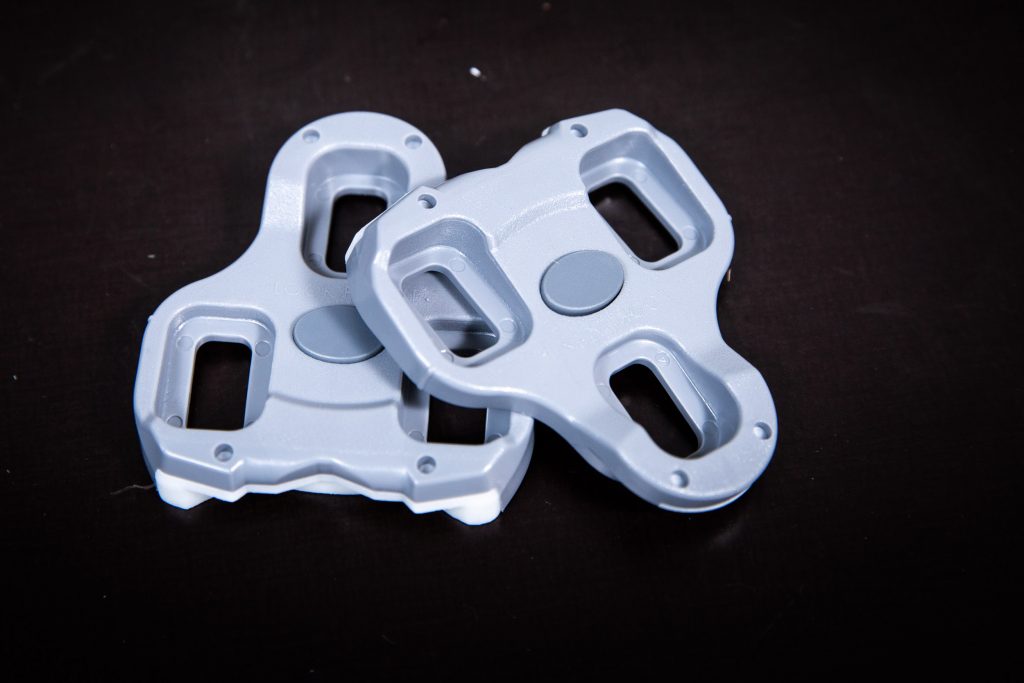 Officially listed for a retail price of $369 Look’s Keo Blade Ceramic Carbon pedals are premium, but on par with Shimano’s Dura-Ace R9100 ($370) and more expensive than the Speedplay Zero with a Stainless axle ($306). While the Titanium and Nanogram price tags of the lollypop pedals dwarfs them all, the Keo Blade Carbon Ceramic is competitively placed. I think the Keo Blade Carbon Ceramic pedals or even the Carbon Titanium (which also have the contoured plate) version are a worthy replacement or upgrade if you’re already a Look pedal user but if not, there are other brands worth considering.

Yes, ceramic bearings are smooth and new seals will probably keep them from feeling gritty for years. But, if you were to put a Keo Blade Carbon Ceramic on your right-side crank and a Keo Blade Carbon or Keo 2 Max on your left-side you wouldn’t be able to feel the added smoothness of the ceramic bearings. The difference in the bearing seals or those extra two watts Look says they offer are really just for peace of mind.

The real and worthy difference is from the new contoured stainless steel plate – because your feet won’t rock on the pedals. This is a major development for the pedal system as a whole as it solves the main complaint that’s been levied against the Keo Blades for years. 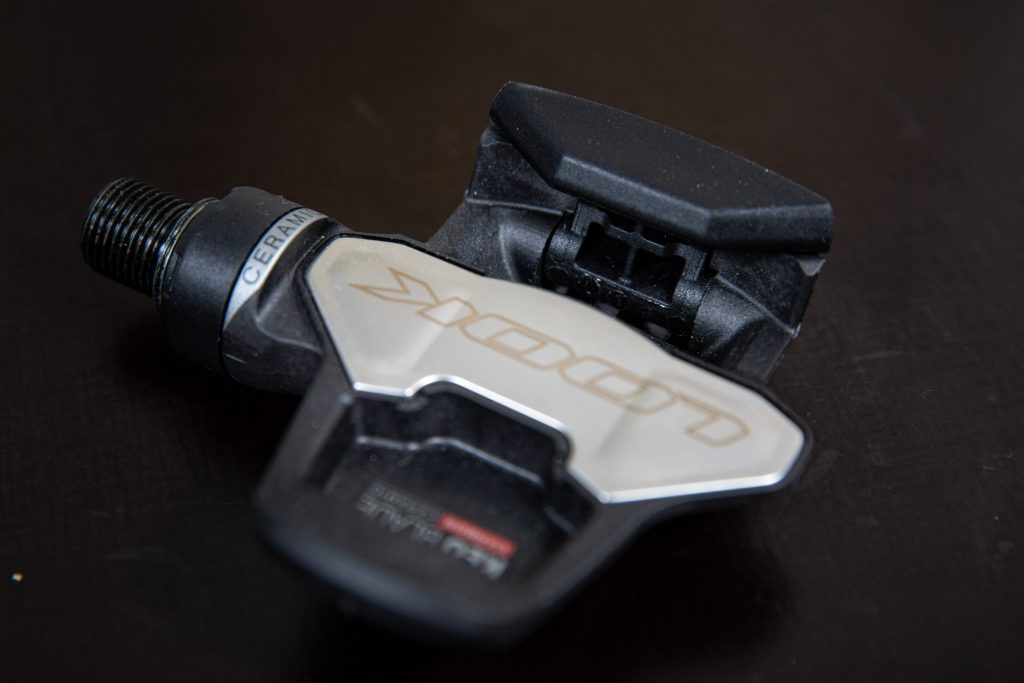 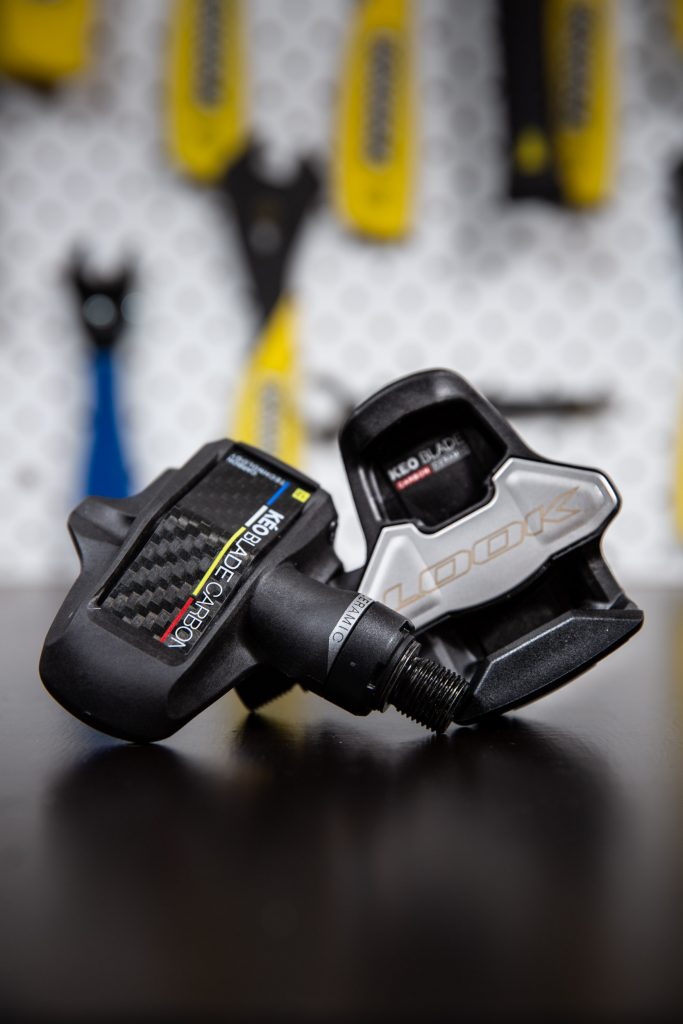 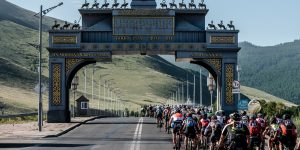 Stunning, vast, challenging and remote. The Mongolia Bike Challenge might just have the ri...