Headlights are no longer headlights, Cyclist shines a light on Garmin’s intuitive offerings; a focus on features and safety.

There are plenty of headlights on the market, most of which have multiple modes, and some can even communicate with your computer or a remote to control brightness, flashing modes and the like. Garmin’s Varia HL500 Smart Bike Headlight aims to take that a step further.

Its got four settings; high, low flashing and auto. While the first three aren’t all that unique, it’s the auto beam setting that sets this light apart. When paired with a Garmin Edge, like the 130 (read Cyclist’s take on the tiny GPS) or many of the brand’s other recent head units and smartwatches, the beam angle is adjusted based upon your speed and will even turn on and off when the computer does. With the Edge 1000 and 1030, it will adjust the brightness based on ambient light, and it’s got a high beam cutoff to avoid dazzling drivers.

The HL500 throws a sizeable rectangular beam down the road and a sliver of light down at your front wheel and out to the sides too.

With the light set to auto, it utilises dual high power LED’s to customise the beam shape, and it’s quite reactive. Even rolling along at speed I didn’t feel as though I was outrunning the beam, yet when you’re crawling along it reels the spotlight in so you can see hazards as they approach. With that said, staring at the bright box at the end of the road does create a bit of tunnel vision.

With 600 lumens to play with, there’s plenty of brightness for your pre-dawn coffee ride or post-dusk commute, but, if you’re headed out for a midnight gravel epic away from streetlights, you might want a bit more power and a broader beam shape. 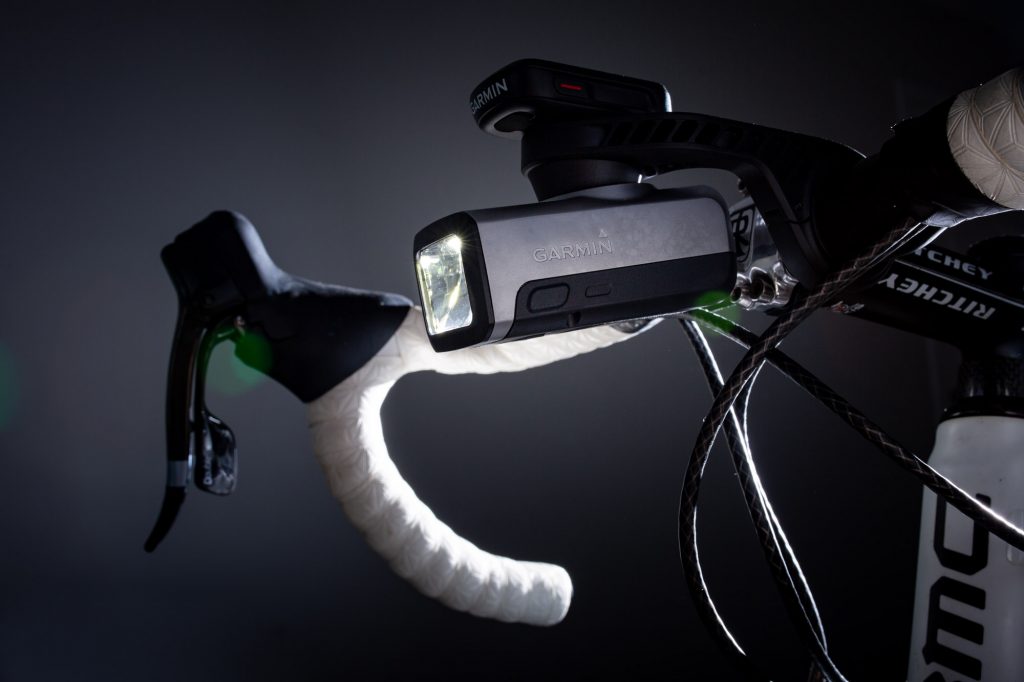 The light utilises the underside of Garmin’s standard quarter-turn mount, placing the light neatly under your bars, although this is not your typical plastic out-in-front mount. With the light being so weighty, the mount is surprisingly robust and keeps the light steady over rough road surfaces. While this is the only mounting option that comes with the light, if you were so inclined you could throw it into a spare quarter turn bar mount you may have lying around, although it takes up quite a lot of real estate.

Garmin claims the HL500 will last 2.5-hours in high mode, following a six-hour charge time. I found this to be about bang on using all 600-lumens, and the lower power modes, of course, prolonging its life, with a red LED that flashes to warn you the light is low on juice.

Garmin also offer a remote that pairs with this light, although it wasn’t included in our test bundle.

The Varia HL500 smart light is big, it’s heavy, and the battery doesn’t really last all that long when you compare to other lights in the $250 price range — worse when you look at other less expensive ANT+ controllable lights like the Bontrager Ion Pro RT. It’s also only compatible with the Garmin ecosystem, so if you’re a Wahooligan, you’re out of luck.

While there are lights out there that will adjust brightness based on ambient light, altering the beam pattern based on your speed is unique. Provided you’re using a Garmin computer, the smart features are pretty nifty, and but does this outweigh its performance on the scales, battery life, and price tag? Let’s not forget that you’ll also need one of Garmin’s top-end computers to utilize all the features of the light. With all that in mind, I’m not sure Garmin has hit a home run with this particular light. 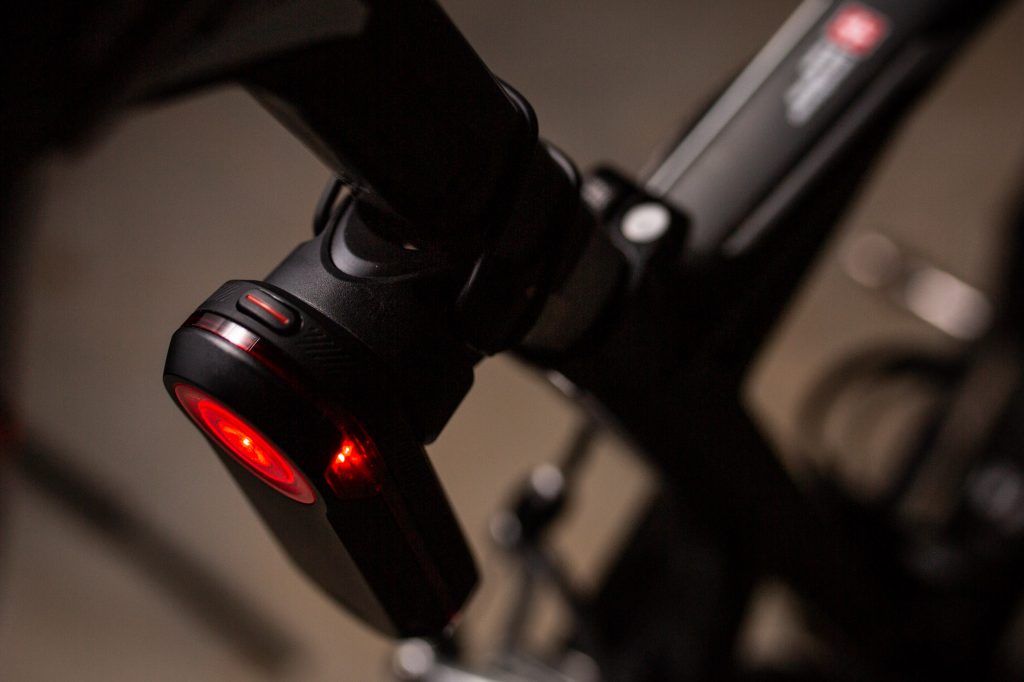 When Garmin initially released its Varia bike radar system, I was dubious of the concept, until I tried it. I’ve always believed that your ears were the most useful tool for gauging what traffic is doing around you. However, even the first generation Varia radar seemed to pick up approaching cars before my ears would, and offer more information about the manner in which traffic is approaching.

Before we go any further, the Varia does not replace using your senses riding on the road.

No flying under the radar

In conjunction with the majority of Garmin’s recent computers and watches, the Varia detects an approaching car and translates that into visual and, new for this version, audio cues on your computer or watch. If your head unit has a colour screen, it will even colour code the alerts based on the ‘threat speed’ of the vehicle.

Garmin claims a range of 140-meters and to be honest I’ll have to take their word for it, but I was continually surprised how far off a vehicle was when the dots would light up on my computer screen.

The radar can track multiple vehicles, and even with a few riders on your wheel, it will still pick cars as they try to overtake. I have had quite a few occasions where the radar has picked up parked vehicles, but I’ve found the system the most useful when something like a Tesla or other near-silent electric car approaches, or when I’m a few hours in and a bit dazed.

The latest version of the Varia is sleek, and utilises Garmin’s quarter-turn mounting system, and tips the scales at 70g (no mount). The mount itself comes with adaptors for round and aero seat posts, although I was a bit disappointed not to see a rubber block designed to work with the increasingly common flat-backed seat posts, though the round adaptor proved sufficient. 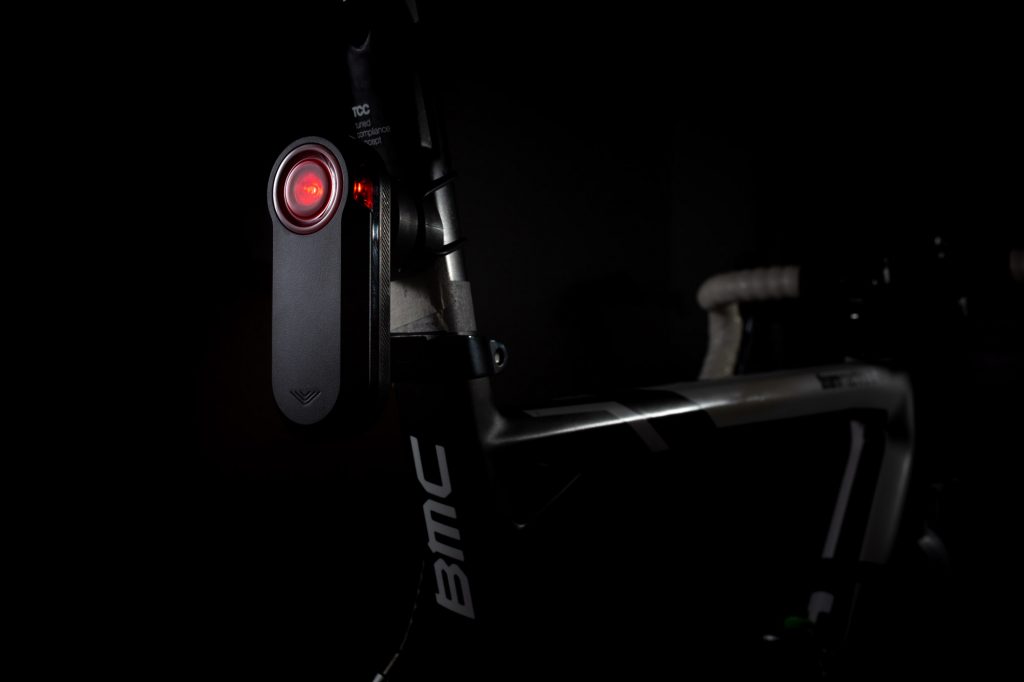 The light’s max output is 60-lumens and can be set to either flash or constant. But, the coolest feature of this light, when a car passes regardless of mode, it will blink at high frequency to draw as much attention as possible.

With separate reflectors directing the light straight out the back of the light and to the sides, the Varia tail light has a 220-degree range of visibility.

Battery life is claimed at six hours on solid mode and night flash mode, and 15-hours in day flash mode with a two-hour charge time — in my testing these numbers seemed to be pretty close to the reality.

Will the Varia stop a collision, no, but what it does best is give you a heads up that a vehicle is approaching with speed and with enough warning to steady yourself for a pass or any wind turbulence. It eliminates the surprise from passing cars that seem to materialise out of thin air, all while working to catch the driver’s eye.

It’s not a cheap tail light by any means at $299, but it’s more than just a flashing red dot, and there is a fair bit of technology packed into a compact unit. For me, after spending quite a bit of time with the Varia RTL510, its been a treat to know it’s got my back. 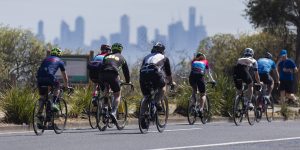 Was the original Around the Bay too short? The Peaks Challenge too easy? Bicycle Network h...