The Gamin Edge 830 is a powerful and feature-rich GPS computer and is packed to the brim with navigation and training features. But has Garmin finally address the reliability issues that plagued previous units?

I have a checkered past with Garmin Edge computers. After my beloved Edge 500 went belly up, I had two Edge 520 ‘brick’ on me over an eight-month stint. Subsequent models would spontaneously unpair from phones and sensors, change from Imperial to Metric and delete rides when the wind blew from the wrong direction. When I reviewed the Edge 130, I noted the reliability issues had improved but Garmin still hadn’t quite evicted the gremlins from its system. The long list of new Garmin Edge 830 features had me hoping the GPS behemoth had fixed its UX problems once and for all. 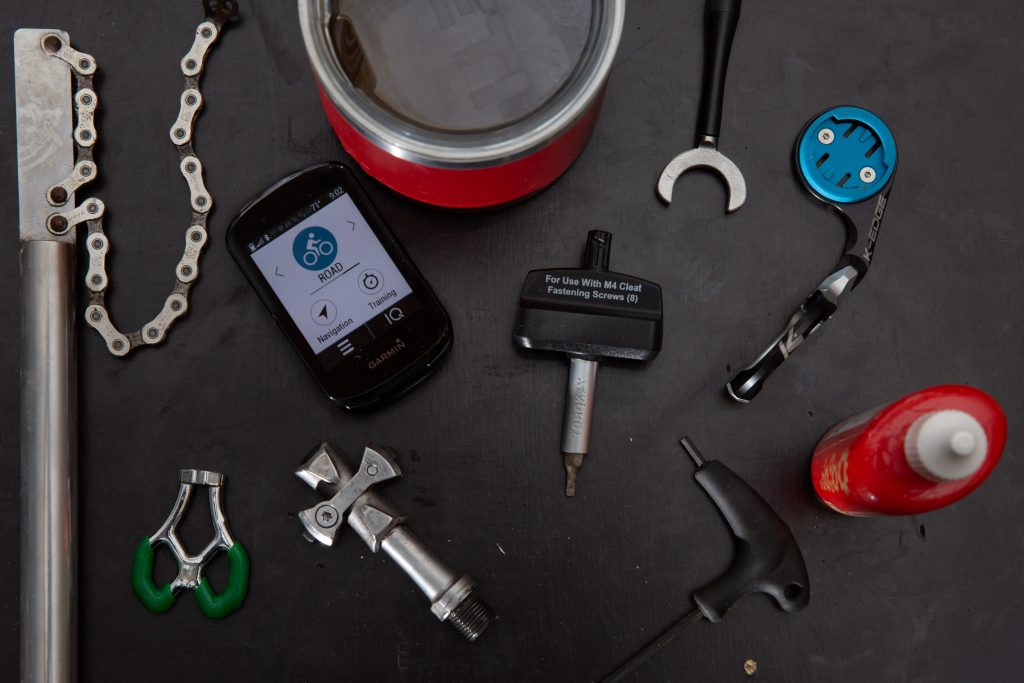 At its core, the Garmin Edge 830 is a mighty training companion and packs in more features and metrics than most people understand let alone need and there’s even more data fields and widgets available through the Connect IQ store. You can dive in deep with the Edge 830 or keep it bare bones. That part is up to you.

The Edge 830 computer features built-in ANT+, WiFi and Bluetooth connectivity, with the latter speaking the language of both smartphones and external sensors. The 830 can also tap into the GPS, GLONASS and Galileo satellite constellations for ultimate location accuracy and works with the Varia smart lights.

Launched alongside the Garmin Edge 530, the two units are almost identical however, the 830 gets a touch screen and the ability to create routes on the device. Punch in a specified address or make it a round trip, the 830 does it well. The touch screen is reactive even with full finger gloves but don’t expect it to rival your phone – the 830 is designed to be take far more of a beating and this will also have an impact on sensitivity. 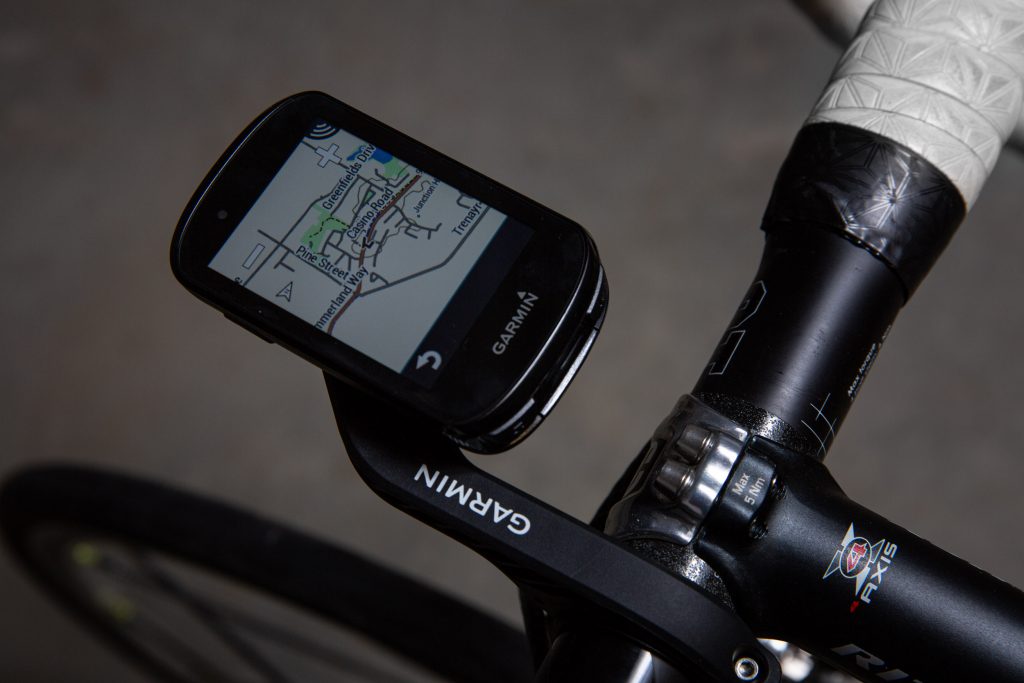 Garmin says the in-device route creation uses its own version of Strava Heatmaps to guide you along the most bike-friendly routes however, just like Apple Maps is meant to do what Google does, it doesn’t quite hit the mark like the real deal.

On one occasion this feature feature sent me and the Garmin Edge 830 unit down the Gold Coast Highway from Kirra Beach to Surfers Paradise, instead of the comparatively quiet Darren Smith Memorial route. The preferred route runs parallel and gets tons of bike traffic and not nearly as many cars. In this case and in all fairness to Garmin, Wahoo’s ‘Take me to…’ feature has done the same thing to me previously.

Further unit navigation tests proved to be equally unfulfilling and my feeling is that unless you’re in a bind or in a location you don’t know at all, you’re better off to grab a route from Strava, Garmin Connect or Komoots and sync it direct to the unit.

When you do have a route on the device, the mapping and turn by turn directions are fantastic. I would argue they are even better than Wahoo. It’s pretty tough to miss a turn but if you do, the 830 will try to reroute you – though it does seem to favour u-turns. The ‘sharp bend’ notifications are also handy, which the computer offers even when you’re not following a course. 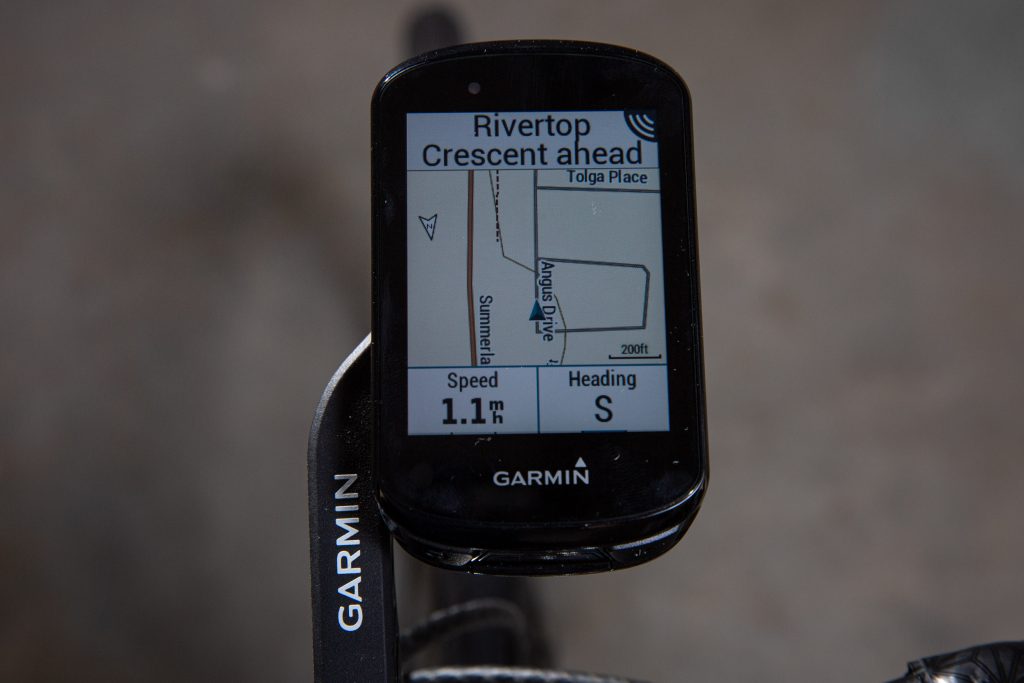 Arguably the feature which grabbed the most headlines at launch was ClimbPro and it deserves every bit of the hype. When using a course and approaching a climb, the device switches to the ClimbPro page showing an elevation profile. Colour coded segments lets you know how much they are going to burn, while also displaying the distance and ascent remaining, along with two additional data fields. This feature is only available if you are following a course because the computer needs to know the terrain ahead, and it’s perfect for helping you avoid the false summit heartbreak. Wahoo offer a similar feature complete with a live elevation profile, but it’s not as pretty to look at and doesn’t convey the information quite as clearly. 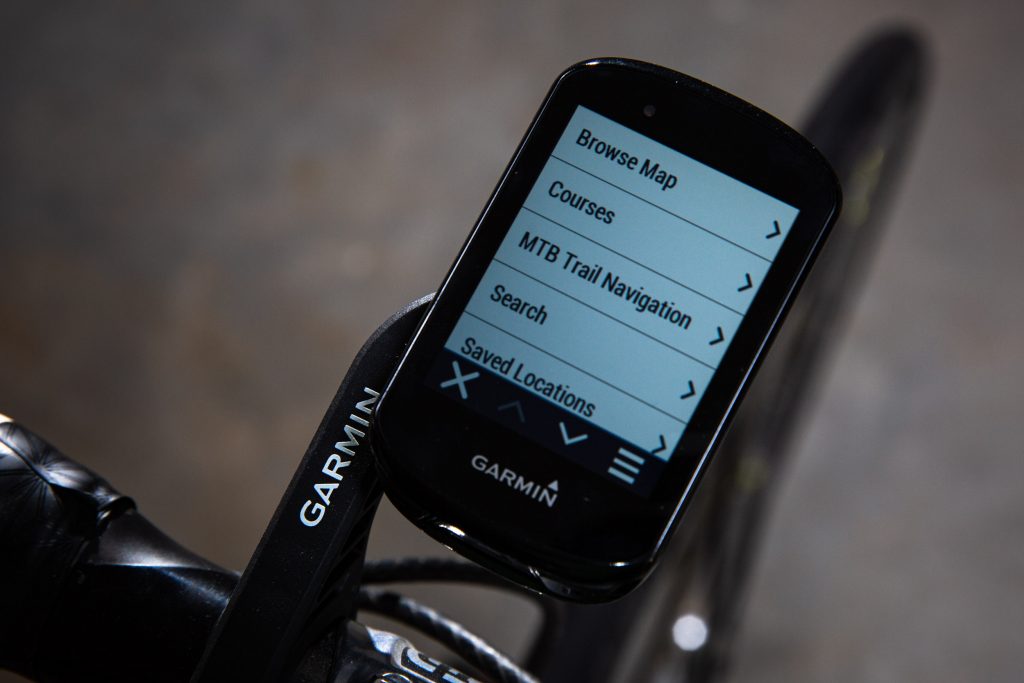 All of Garmin’s computers are seriously powerful training tools, but with the 830 Garmin has turned it up to level 11 with its new Training API. Basically, this allows Garmin Connect to automatically sync its training calendar with third-party apps like Training Peaks and TrainerRoad, and the workouts will auto-populate on the device. From the 830’s home screen you can preview what’s on tap for the current week and even see an hourly weather report to know if you should consider packing a vest.

If you do have a workout on the calendar, the device will remind you when you start riding, so ‘I forgot’ isn’t likely to work with your coach anymore. The computer moves a workout screen to the top of the pile and displays your power targets, current power, interval duration, time remaining and a handy slider to show you if you’re in the right range for the current effort. I’ve been using TrainerRoad’s new ‘do outside’ workout function over the past few months, and the new training API takes the faffing out of syncing workouts. 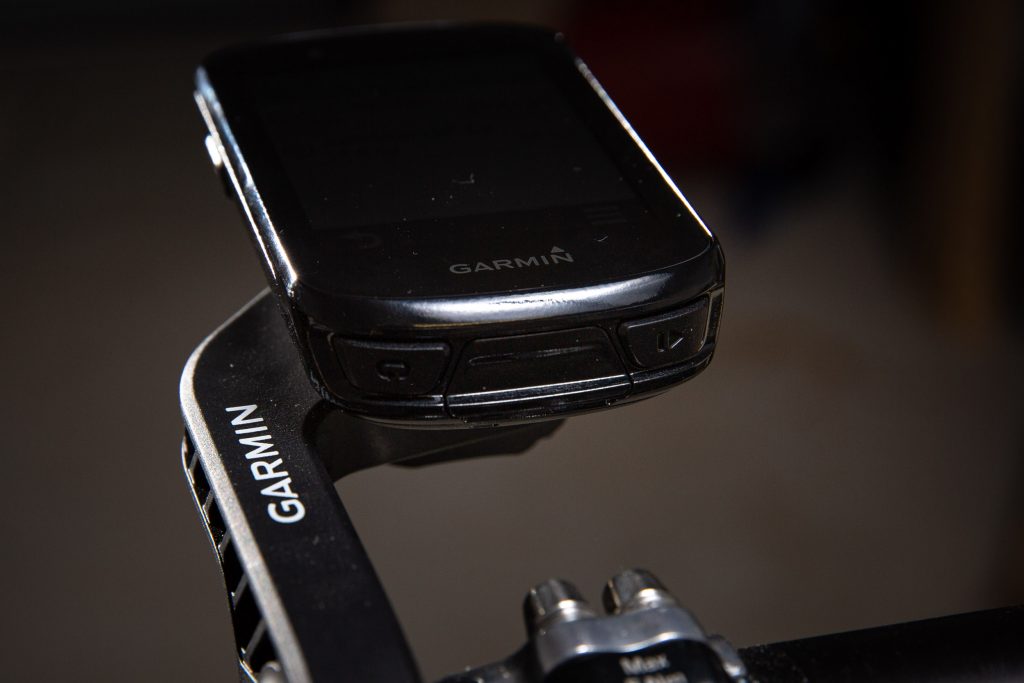 The 830 also gets the latest iteration of First Beat integration, which is designed to help you achieve a more balanced training load. Beyond just showing how long before you are fully recovered and how productive your training has been, the 830 now takes heat and altitude acclimatisation into account for more accurate VO2 max figures. Given that it’s winter, and I currently live at sea level (the min threshold is 850m), I haven’t had the chance to test these features out. The figures First Beat offers are based on guesstimates but do offer useful, albeit general guidance once the algorithm has time to learn about your aerobic systems.

Carried through from the previous version is the Incident Alert feature, which offers similar functionality to the Specialized ANGi, using a built-in accelerometer to detect an impact which triggers a countdown. If you are unable to stop the timer before it hits zero, a message will be sent to your emergency contact with your location. The Edge 820 was unable to differentiate a crash and braking for a stop sign, sending out messages that prompted many a worried phone call from SOS contacts. It seems Garmin has spent a bit of time refining this feature, and even rough singletrack and jumps haven’t triggered a false positive. 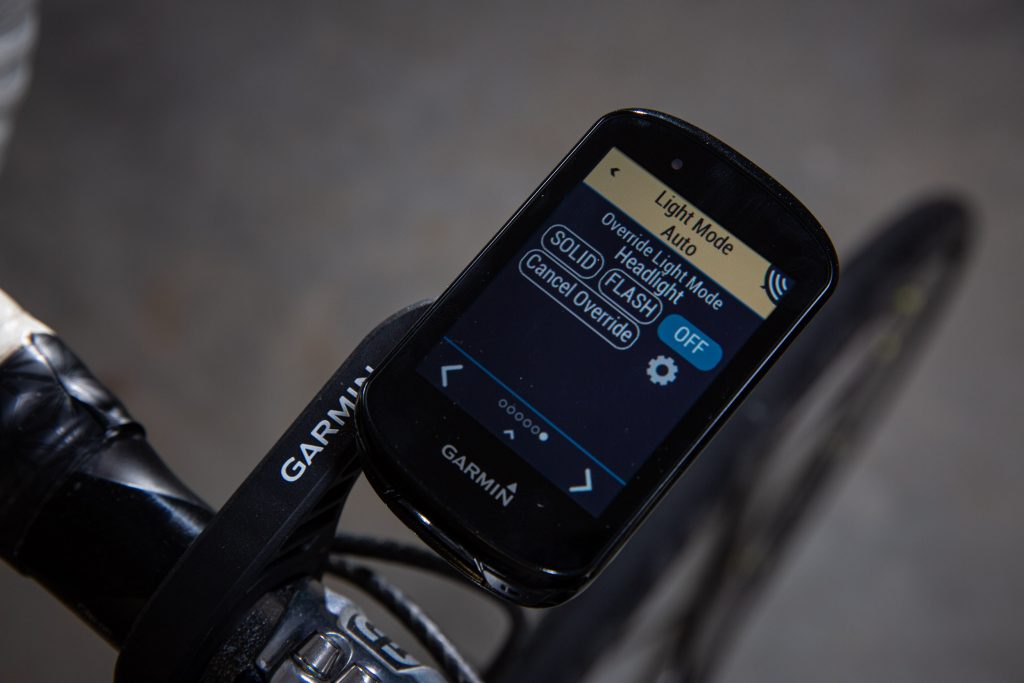 Speaking of singletrack and jumps, beyond the TrailForks integration, Garmin has added new mountain bike dynamics to the Edge 830. Now you’ve got a jump counter which logs the distance and hang time of any air you catch, with notifications that show up after you land. The new Grit Metric gives off-road routes a difficulty score using the accelerometer, GPS and elevation data — the higher the number, the harder the course.

The 830 can also measure Flow, showing how smoothly you navigate a course, using a colour-coded map it shows where you grabbed a handful of brake so you can move more fluidly through that section next time. Other than a novelty, I didn’t really take much advantage of these metrics however, Flow and Grit could be useful for cyclocross or XC racers looking to compare courses or find areas where they might be able to improve lap times. So far you can only view these stats through Garmin Connect. 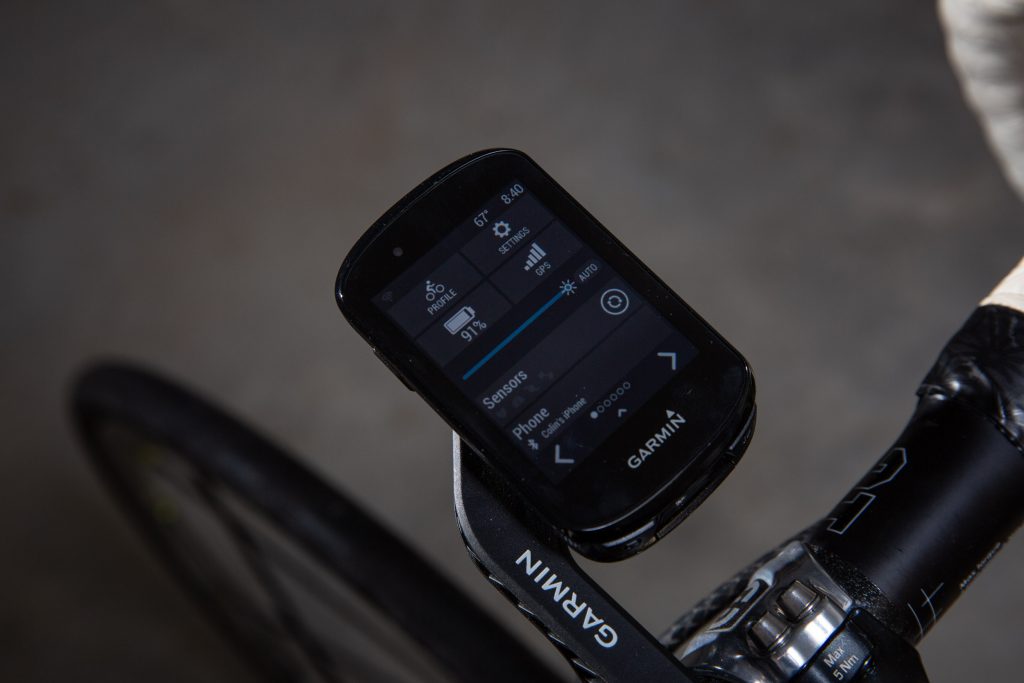 With the Trailforks integration, Garmin has also added Forksight, which automatically shows the trail map when you stop. When you’re trying to find your way through a new trail network, or are just a bit turned around in the national forest, it means you don’t have to pull out your phone every five minutes.

Also new are nutrition and hydration alerts, which I found surprisingly beneficial. I have a habit of forgetting to drink, which in the heat usually leads to my right hamstring cramping – it’s always the right one. While at the moment, the temperature isn’t an issue, I did appreciate the gentle reminder to have a sip. At the end of your ride, the 830 will also tell you how many bottles you should have consumed and will show your fluid and calorie deficit on the Garmin Connect web app. 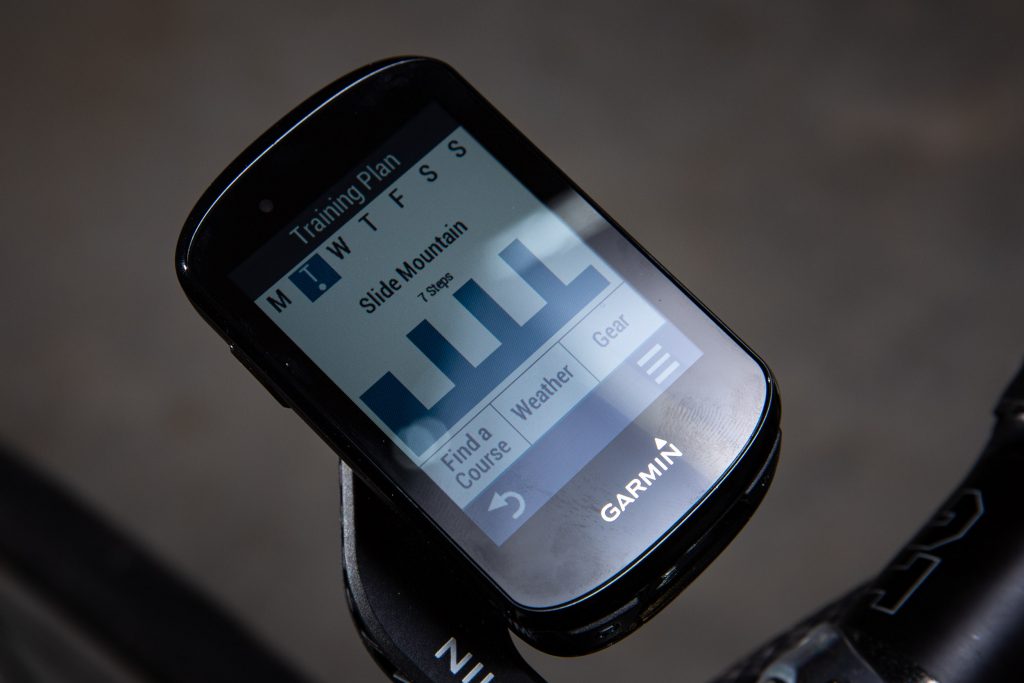 The new bike alarm uses the built-in accelerometer to detect any movement when armed, and wails like a banshee if your bike moves – similar to the feature on the Cycliq Fly12. The setup is buried deep in the menus, but after the initial fishing expedition, it can be turned on with a few swipes. It’s not a preventative measure, and whether it will cause a would-be thief to reconsider knicking your bike is up for debate. You’ll need to be in Bluetooth range, but it allows a sliver more piece of mind when you pop into a petrol station for some sugar or an Apres coffee.

So far the battery life is more or less in line with the claimed 20-hour battery life but this figure will depend on a number of factors. How often you have the computer pinging the GPS satellites, number of external sensors and brightness of your screen will all impact time between charges. There is also a battery saver mode, which pushes the battery life out to 48-hours and is compatible with the Garmin Charge Powerpack too. 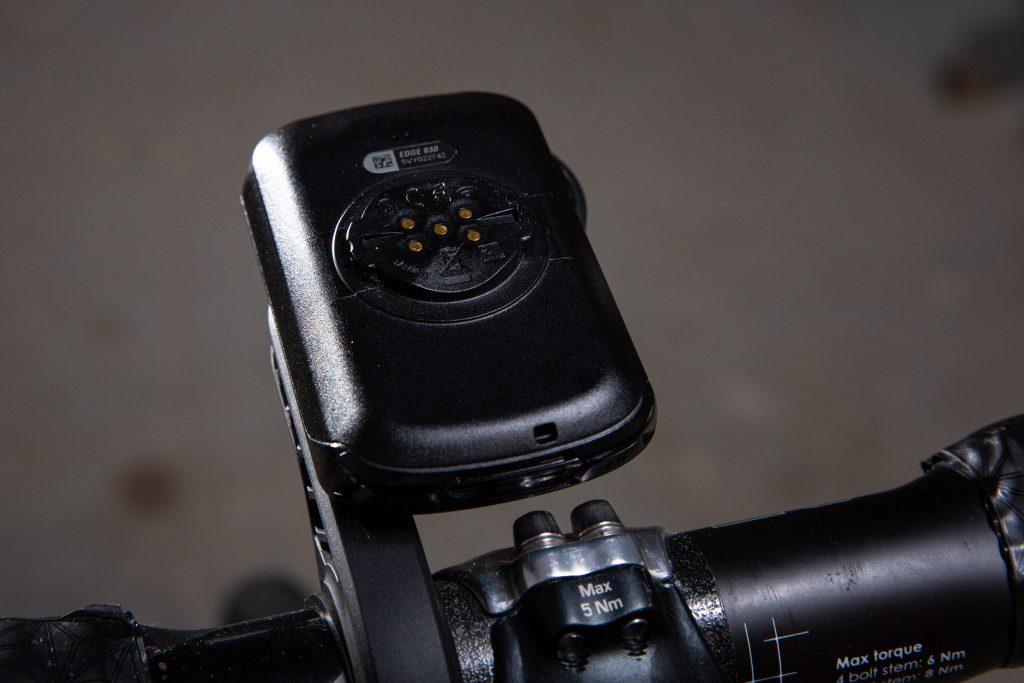 The Garmin Edge 830 has a ton of really cool features whether you’re using it as a navigation device, or a hardcore training companion but Garmin still hasn’t eliminated the gremlins from its software. Just in my review period, I’ve had it freeze on the charging screen, unpair from my phone, and more than one instance not sync a course from Garmin Connect. To add insult to injury, the course also wouldn’t show up when I plugged it in and manually added to the courses folder.

Given the slickness of other branded units in terms of functionality, App integration and user experience, I really don’t understand why Garmin can’t seem to get this part right – it’s not like they are new to the category.

If you were to ask me if I would spend my own money on an Edge 830, there would be a lot of ‘umming’ and ‘ahhing’, and I am definitely in two minds about the Edge 830 despite the huge list of positives. ClimbPro, the navigation and the Training API are supremely attractive, but if history serves, the firmware and reliability issues will take a while longer to really iron out.

With the amount of time I’ve spent with the Garmin Edge 830, I can’t completely write the device off and it is still a computer packed with features. Is it perfect? no, and its disappointing Garmin still can’t solve the problems its devices have had for years, but the new features, and mapping still have me reaching for it when I get ready for a ride. 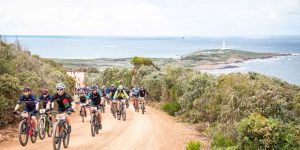 Mountain bikers return to the South-West for Cape to Cape

Riders from across Western Australia have descended on the South-West this week for the re...