When my Garmin Edge 500 finally kicked the bucket, I was devastated — by that time it had been superseded by the Edge 520 and hanging on by a thread for some time. The newer computers from the GPS behemoth offered more features and connectivity than the old Tamagotchi-esk head unit, but none could match the old simplicity, reliability nor the tack sharp screen.

It’s no secret that some of the newer Garmin units have been buggy at the best of times, I’ve had various Edge computers unexpectedly swap between Imperial and Metric, drop and delete rides, unpair from sensors and two 520’s brick on me. So I swapped to Wahoo. 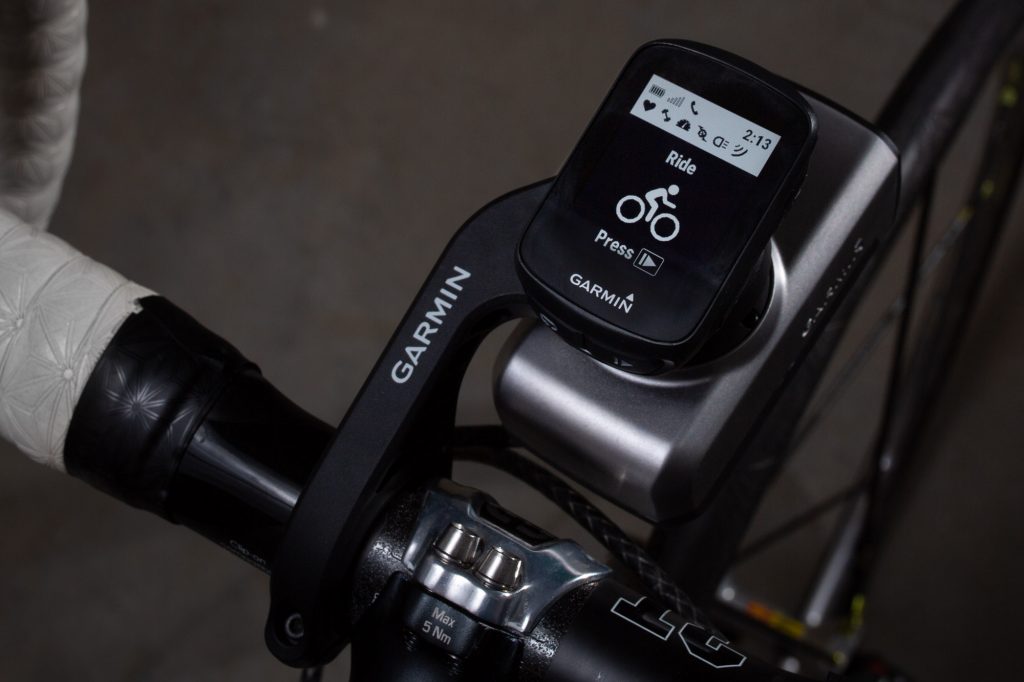 Then the Garmin Edge 130 was launched, I was intrigued, while it doesn’t fall in line as an Edge 500 descended by naming convention, its form factor, sharp screen, and simplicity sure does.

With a 1.8 inch 303×230 Memory in Pixel display, the black and white screen is considerably sharper than the larger Edge 820 or 1030, and despite its size is easy to read in full sun and with sunnies on.

The unit is tiny, tipping my scales at just 33g and even makes other compact head units look massive. 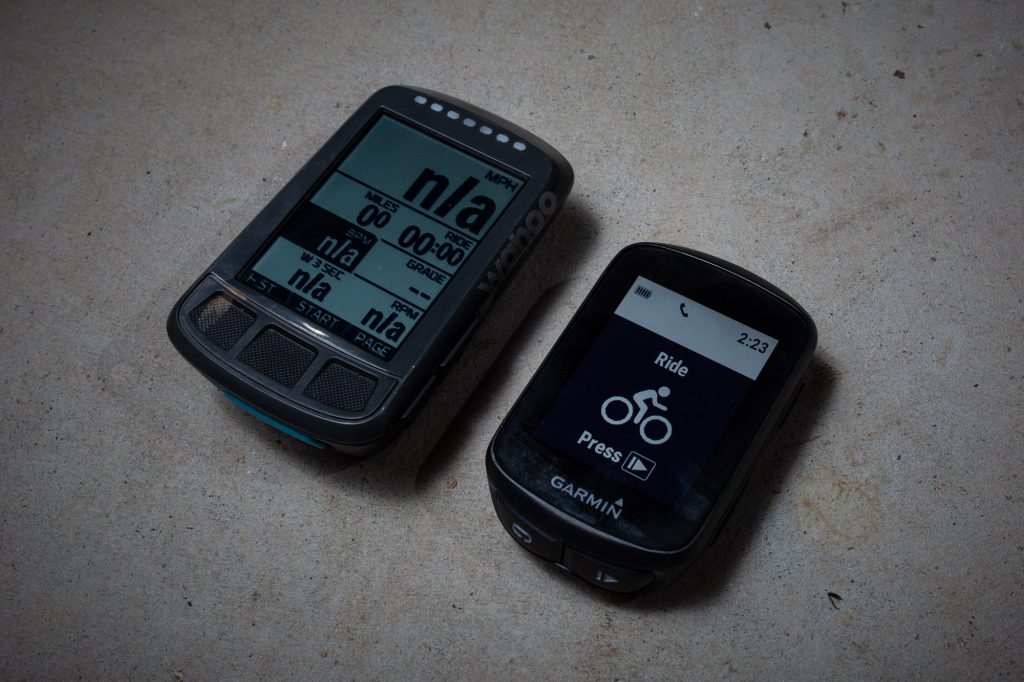 While the Edge 130 only offers 46 metrics, mostly based around time, speed, distance, heart rate, and power, it’s got your basics covered — if you’re after things like 1-second power, LR Power or TSS (Strava or Training Peaks will still give you TSS when you upload a ride) you’ll need something more feature rich. The computer will support 11-pages with up to 10 data fields each with customisable layouts.

There is navigation on offer, but without a basemap, it’s of the breadcrumb variety. All you get is a line on a blank white screen, though it does show upcoming turn notifications even if you’ve flipped away from the ‘map’ page and beeps if you get off course.

For being a market leader in GPS devices, Garmin still hasn’t quite streamlined uploading courses to its head units. You can still plug in the computer via USB and drag a GPX file into the courses folder, or transfer wirelessly through the Connect phone app and it’s supposed to appear next time the computer syncs — it took two or three attempts to add a route.

As you’d expect from Garmin, the Edge 130 has access to GPS and Russian GLONASS satellites for positioning, but the computer can also tap into the European Global Navigation Satellite system or Galileo network — this is the first Garmin fitness device to have access to this network. Does Galileo positioning offer better results than GPS or GPS + GLONASS? It’s hard to say, and for what most of us are looking for out of a cycling computer GPS alone is good enough. 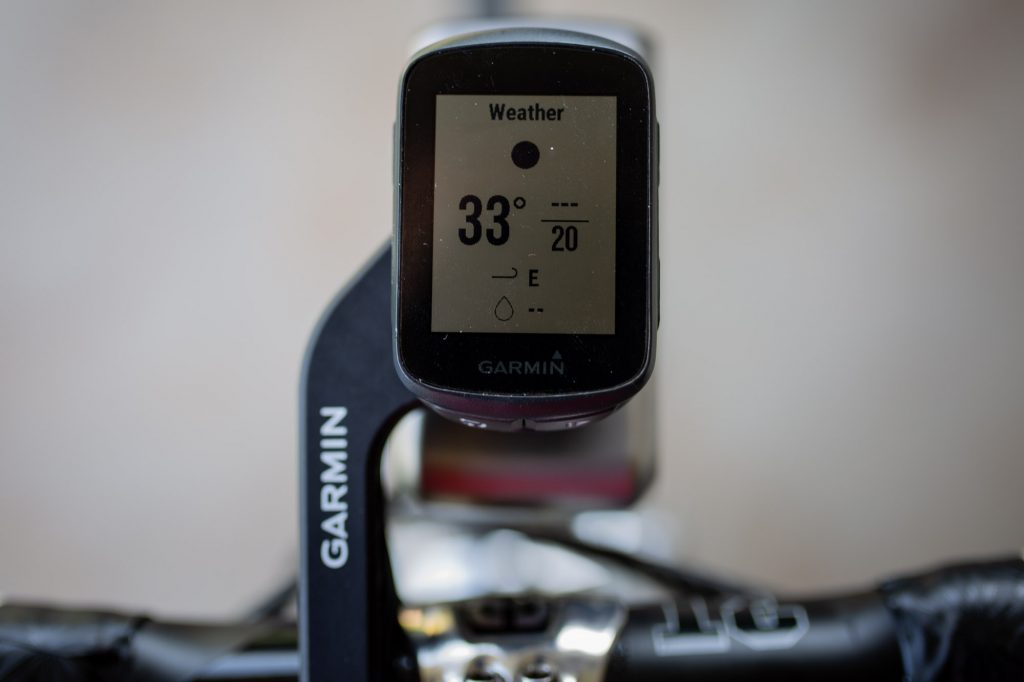 As with all Garmin head units, the Edge 130 is compatible with ANT+ sensors, but also Bluetooth, and pairing is quick and easy. With Bluetooth connectivity, the computer communicates with your phone displaying call and text notifications and facilitates wireless uploads to the Connect app, Strava Live segments, weather alerts, and Garmin’s LiveTrack feature. It’s also got a built-in barometric altimeter for accurate altitude readings.

The computer also plays nice with Garmin’s Varia light/radar system, as well as other ANT+  lights from Bontrager, See.Sense and the like. In conjunction with the Varia lights, the computer will give you visual and auditory notifications when a car is approaching, and display whether the beam angle control on the front light is auto or manual. Read our review of the Varia HL 500 too.

Garmin claims the battery life at 15-hours, and with no peripheral sensors connected I found this to be just about spot on, though it will decrease slightly depending on the number of connected devices — same goes when you activate GLONASS or Galileo tracking. 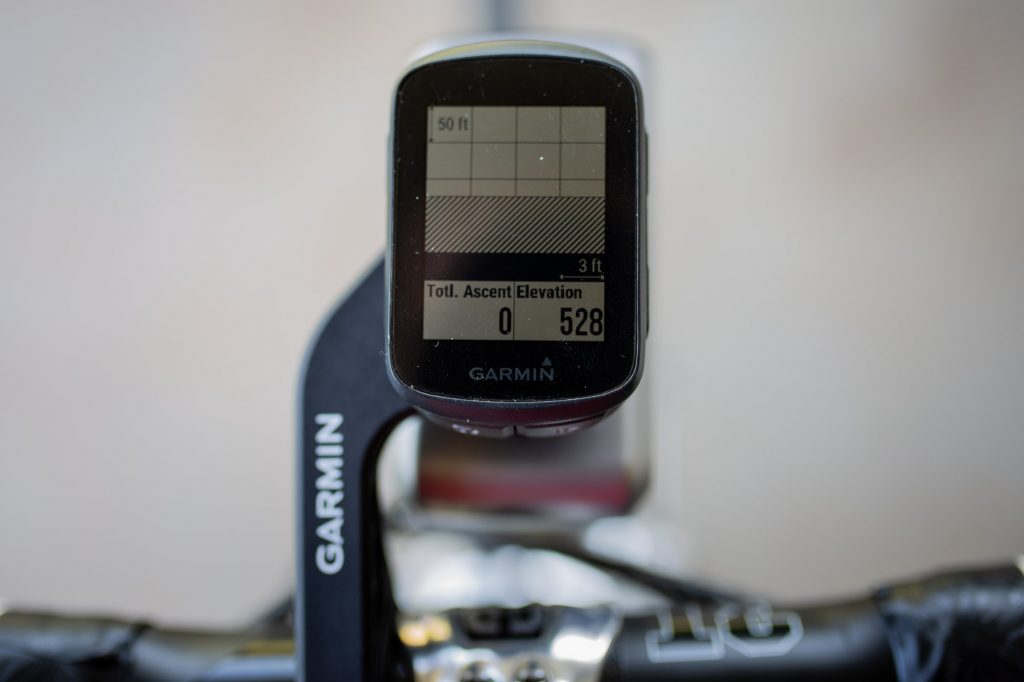 The Edge 130 has restored some faith in Garmin when it comes to user experience and software stability; however with extensive use a few Garmin gremlins have begun to rear their ugly little heads, particularly Bluetooth and ANT+ connectivity. I’ve had to pair my phone and power meter three times, and the Connect app doesn’t always connect or sync on the first (or second) try. These are minor issues which could also stem from my phone and power meter, it’s hard to say, but they’re also unique to the Edge 130.

Overall the Edge 130 is a powerful little cycling computer, and with its form factor and feature set, if you’re just looking for a unit to track your rides, and help you out if you get lost, and value for money, it’s a pretty good option. 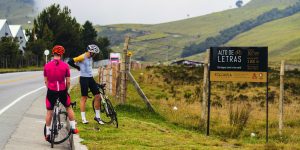 Colombia has produced some of the world’s greatest climbers. Little surprise that it is ...