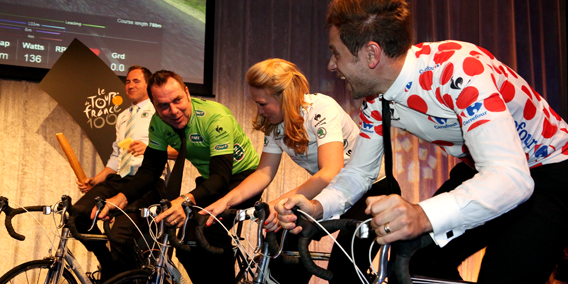 The French Tourist Bureau in Sydney celebrated the 100th edition of the Tour de France on Wednesday, 1 May, with a Gala dinner to showcase the sights, sounds and tastes of France

The Tour de France is the third biggest sporting event after the Olympics and football World Cup, with more than 12 million followers along the roads of France. A staggering two millions Australians will wake up bleary eyed every single night to catch a  glimpse of the Tour de France between 29 June and 21 July.

‘It was a special night for all,’ said cycling media personality and event presenter Michael Tomalaris. ‘There is always a reason to celebrate the Tour de France, but the 100th anniversary adds even more excitement than normal and when it comes to support for the Tour, the Australian public is second to none.’

From 1 May until 31 August, a Tour de France photo exhibition featuring rare and imported vintage and contemporary photographs celebrating the 100th anniversary will be on display at the Sofitel Sydney Wentworth and Sofitel Melbourne on Collins. 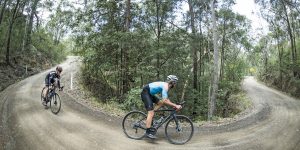