It was named after one of Australia’s great explorers and we’re feeling pretty darn intrepid ourselves as we kick up some dust on South Australia’s epic Mawson Trail. Slide into Cyclist #41 as we take on the Outback Odyssey of a lifetime.

Look up the list of Australia’s ‘must-do’ cycling adventures and South Australia’s Mawson Trail should be towards the very top. The 900km journey kicks off from Adelaide’s CBD and winds out of town towards the historic town of Lobethal – visited often during the Tour Down Under – before heading north to the Clare Valley and onwards to the Flinders Ranges. We only managed to squeeze in a week-long expedition, but for those tackling it end-to-end, don’t expect to cover too much ground each day. We recommend signing up for BikeSA’s next Odyssey, which soaks up the trail’s entirety over three weeks – an Australian Grand Tour, if you will. 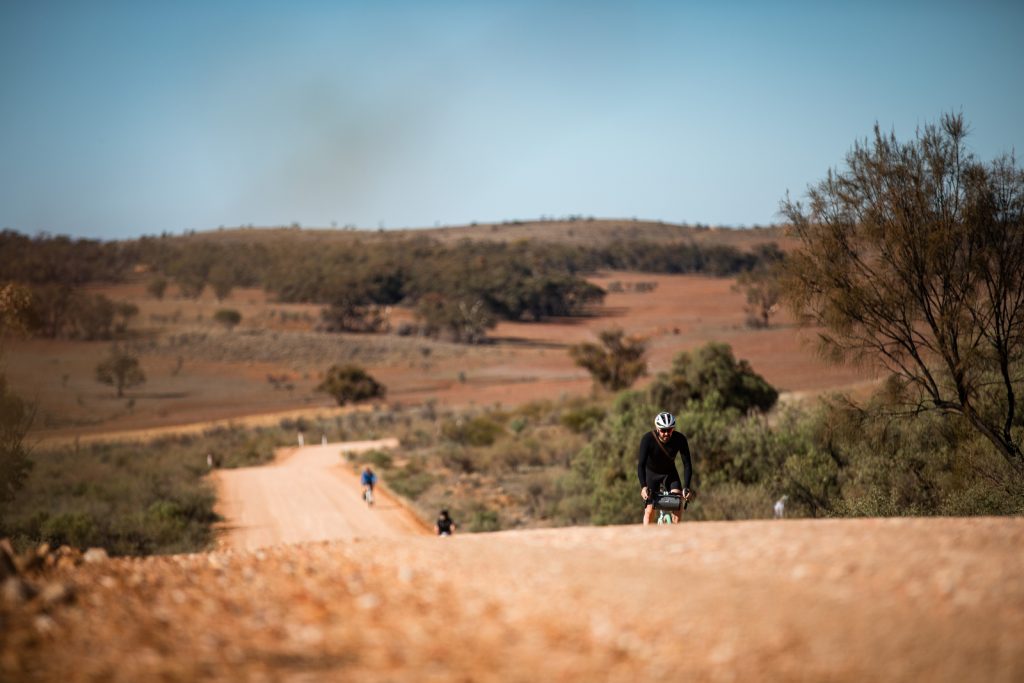 Speaking of Grand Tours, this year’s Vuelta a España was top-notch. It was a race of firsts; a first for Slovenia and Primož Roglič, who captured the ultimate GC Vuelta prize, while Alejandro Valverde finished second and Roglič’s 21-year-old countryman Tadej Pogačar took the final podium spot. It was a thrilling race from start to finish, but it was the enduring motivation of the Colombian riders that really lit up the race, from Miguel Ángel López’s long-range and do-or-die attacks through to stage wins by veteran Nairo Quintana and neo-professional Sergio Higuita. Altitude, terrain and an unwavering love for cycling – it’s no surprise just how good Colombian riders are. Delve into their heartland on page 72 to reaffirm what we’ve already seen this season.

The Vuelta always works hard to inject excitement into a mixed-bag peloton that can, by this point of the year, be pretty flogged out. Climbs like Angliru only feature once every few years (phew), but they’re rarely forgotten. The brutal slopes only recently became possible due to a tarmac surface, but if there’s a chance to set your ‘hardest ever’ yardstick a little higher, this one might just help you get there (see page 82).

Last but not least, we’ve taken a look at six pairs of top-end wheels that could easily be fitted under the tree this year. Feel free to leave this issue’s copy of Cyclist open to page 83 to ensure your better half gets the hint… 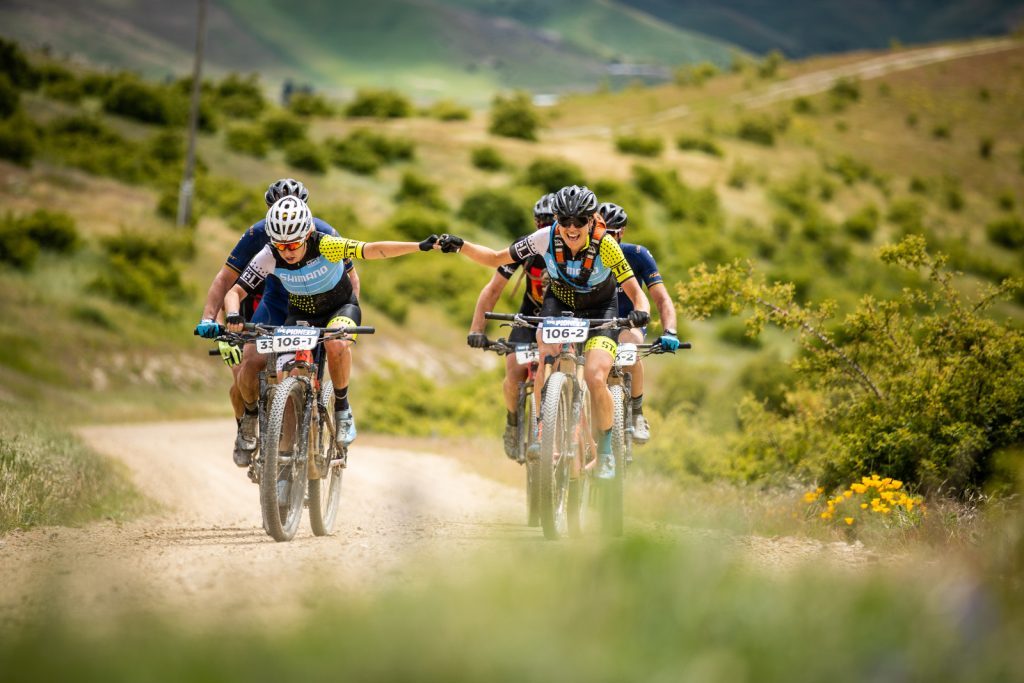 Spirit of a Pioneer

Exploring new roads – on and off -road – and telling tales from those travels is what we do here at Cyclist. Over the last few years, we’ve expanded our boundaries to encompass the dirt, and with our third attempt at The Pioneer rapidly approaching (check this month’s coverage from the Crocodile Trophy), we’re happy to simply call ourselves cyclists. The Pioneer, which runs from December 1-6, isn’t limited to diehard mountain bikers. With the right training and preparation, plus a little pioneering grit, it’s an achievable goal for most. Looking for a way to push your own cycling limits? Get all the details at pioneer.co.nz. 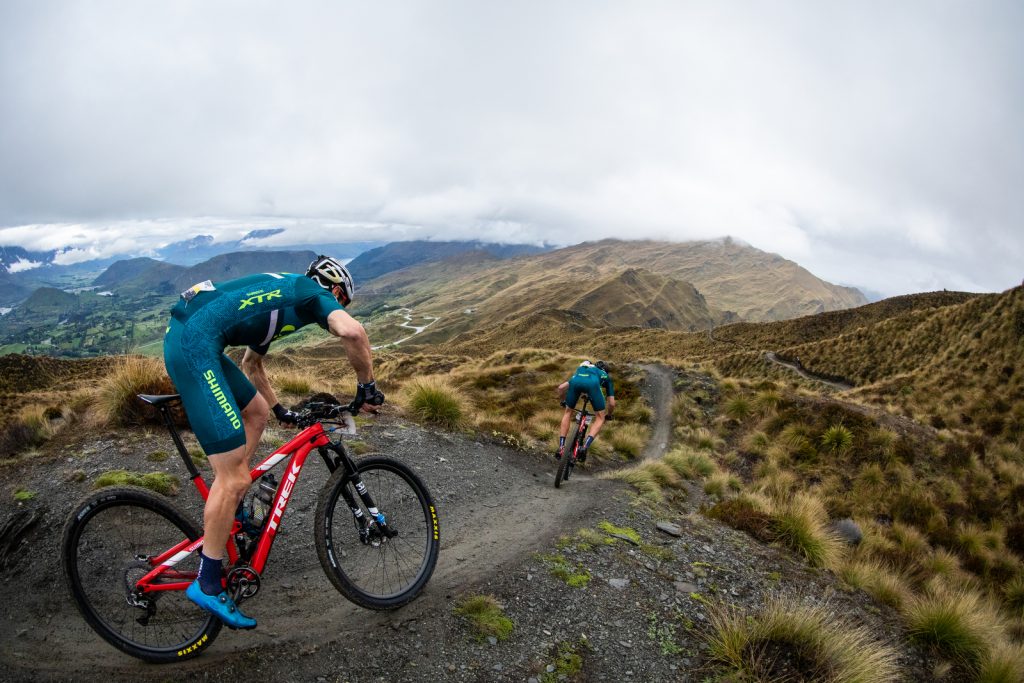 If our latest issue has got you pumped for summer, you’re going to love what we’ve got planned for our coming issues. Here’s a look at what to expect from Cyclist #42, on sale from 5 December.

To download our Jugiong Big Ride route, go to strava.com/routes/22356630 and follow the Cyclist Australia/NZ Club to keep on the pulse for all our upcoming journeys. Or, if you’re more of a cue sheet sort of rider… roll out from Jugiong due west along River Side Drive, duck under the Hume, turn left on McMahons Reef Road and head north for 27km. At the intersection, turn left on Bouveo Road and follow its twists and turns for around 7km. Arrive in Harden and take a left onto the main road of Albury Street. Pedal across the bridge and just as you feel like you’re about to leave town, look left and stop in at Barnes Store Emporium and Cafe.

Chow down, fill up your bottles and head back the way you came, turning right at Iris Street for a little ‘feature’ section – you’re on a gravel bike, right? Rattle along the farm road until reaching Ward Street – Jugiong Road. Follow this until the 64km mark and veer left onto Back Jugiong Road. If you start to see sculptures, you’re on track. Keep heading south all the way back to Jugiong and replenish those stores at the Jugiong Inn or Sir George. 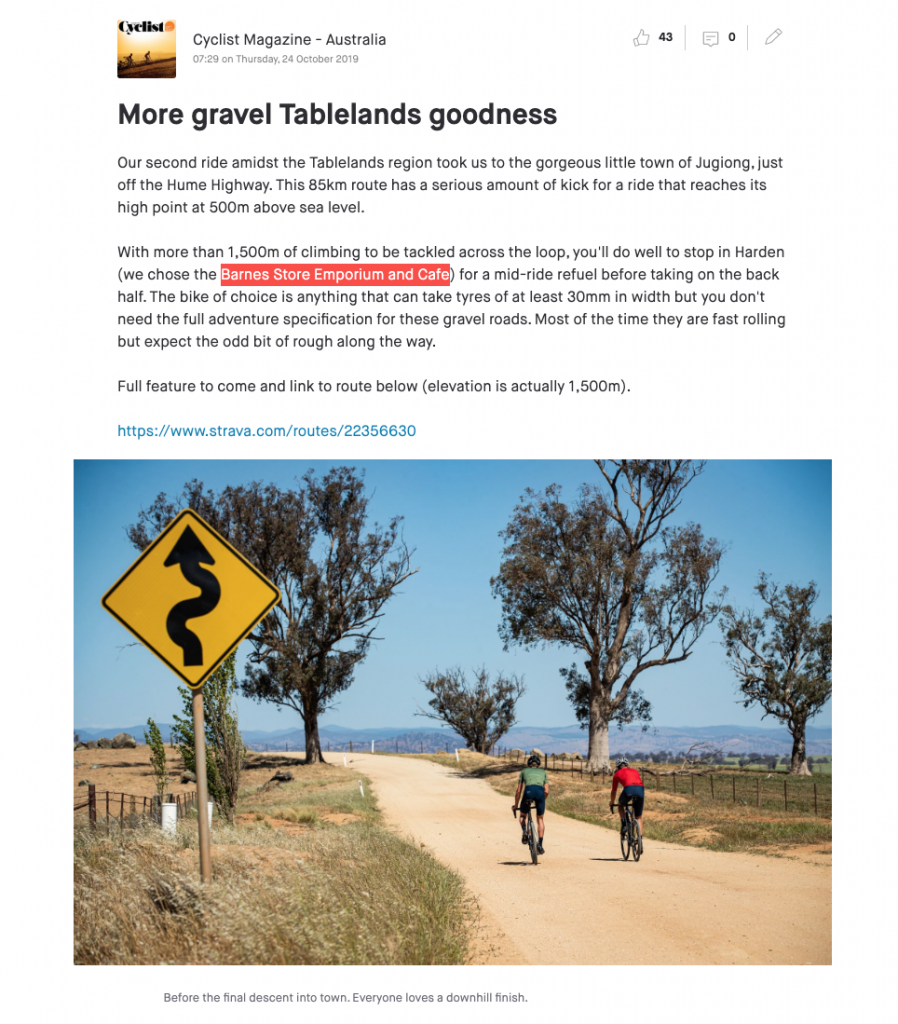 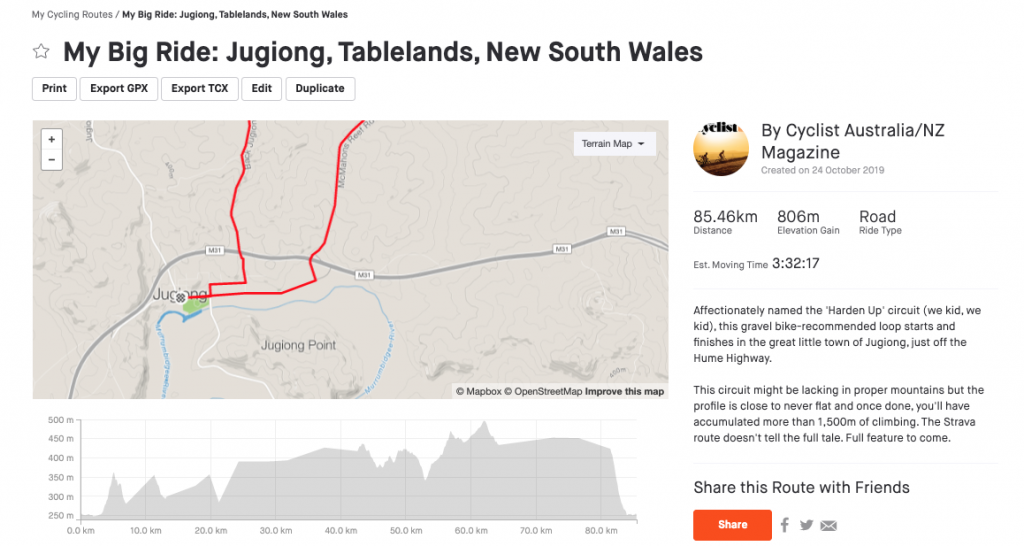 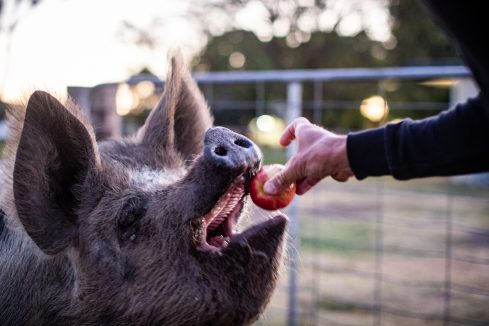 For those in search of the endless summer, our trip to the Saint-Lary-Soulan in the Hautes-Pyrénées department of France will most certainly pique your interest. Linking up with the experts at VeloTopo, our ride took us high into the nearby lakes region and up the brutally beautiful climb of the Col du Portet.

Made famous by the 2018 Tour de France – a must-watch stage – the HC-ranked climb will take you to your limits and beyond. Join Cyclist on Strava to download the ride. 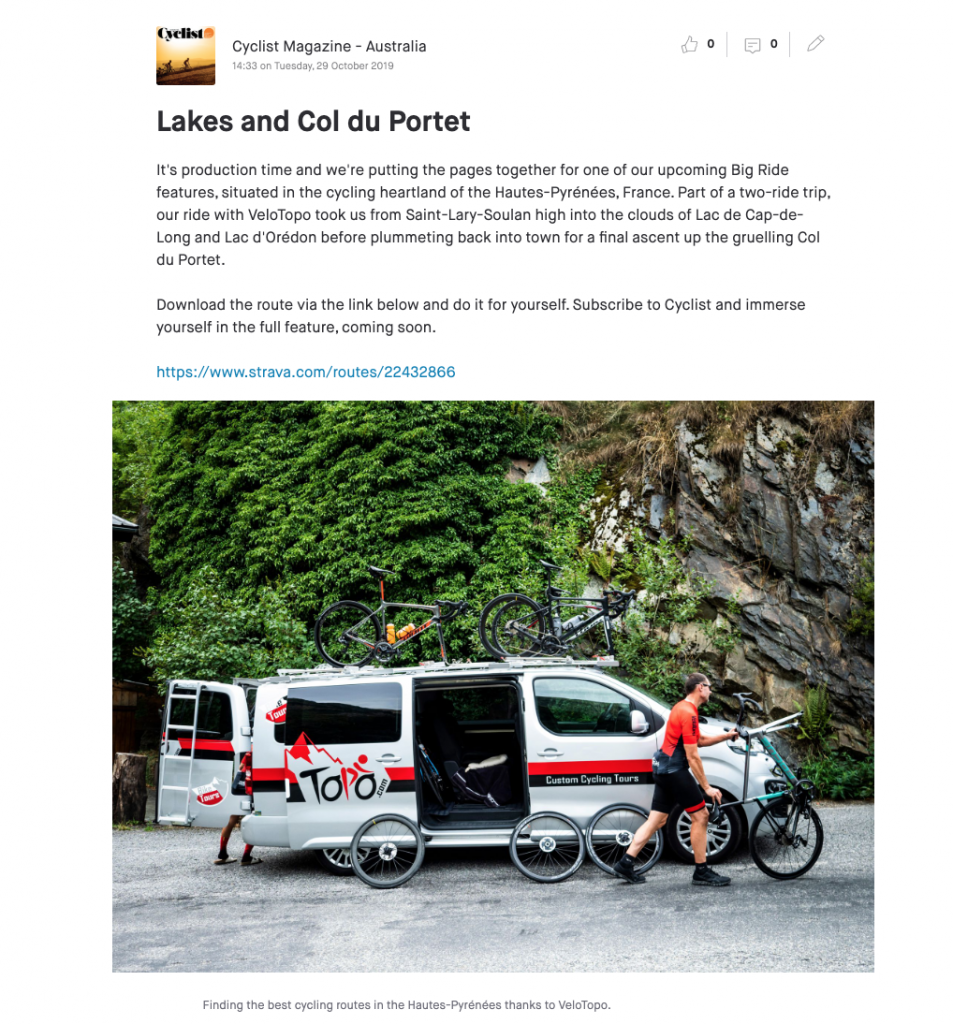 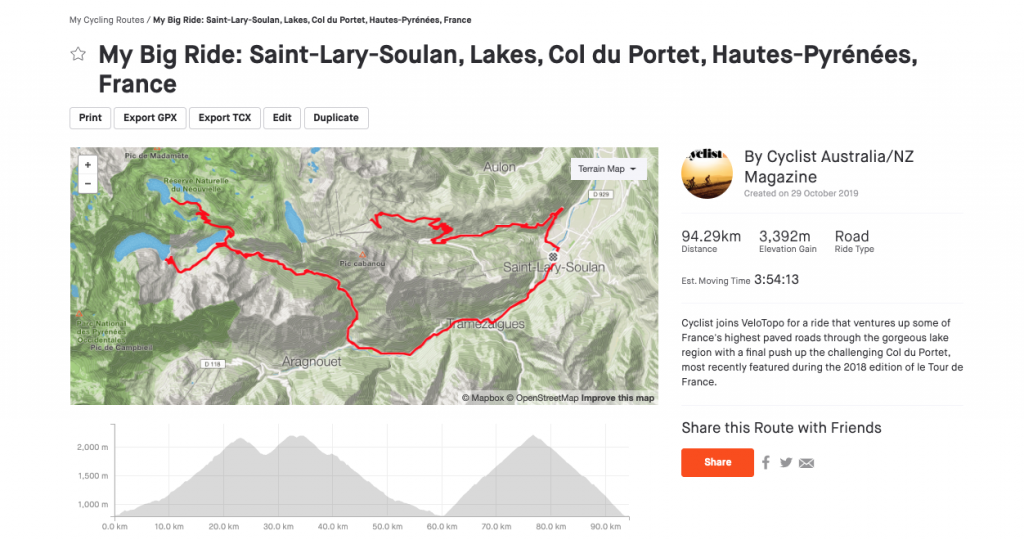 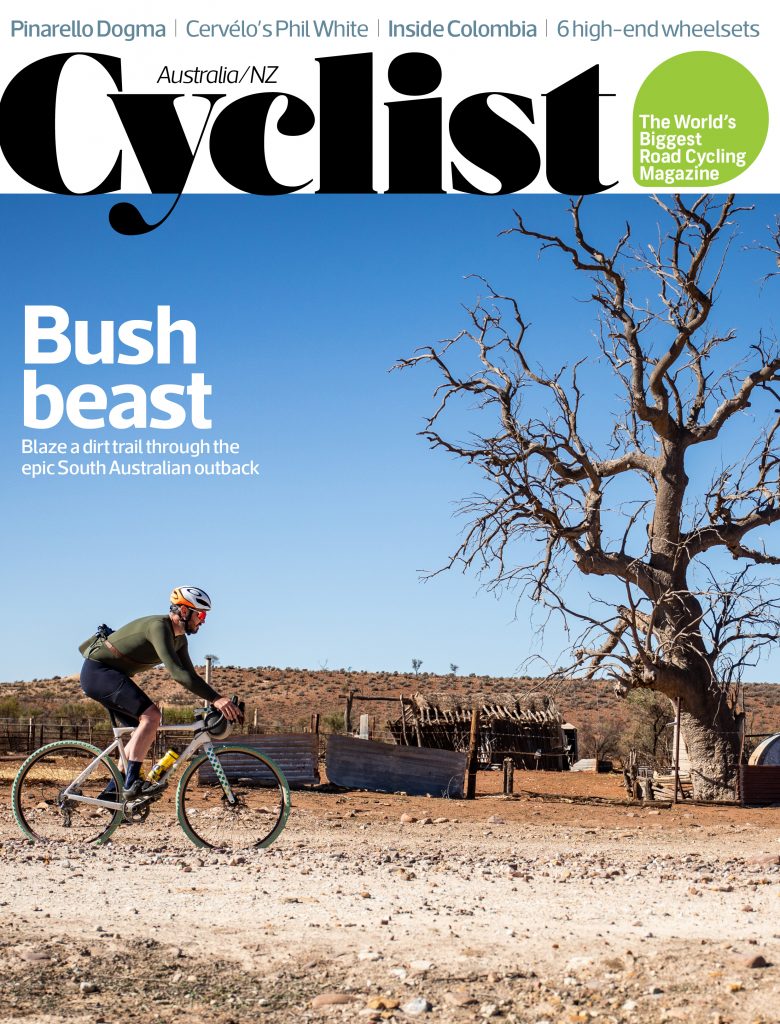 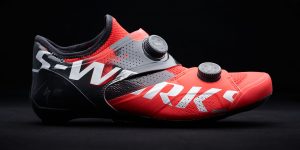 Specialized has a knack of doing everything well. Whether it’s developing bikes, wheels,...