Available now at all great newsagents, selected airport and rail networks along with Coles, Woolworths and Target outlets around the country. The latest issue of Cyclist has arrived.

Good things come to those who wait, and there’s no doubt all of us at home were waiting for a Australian stage win at this year’s Tour de France. And two weeks following the Grand Depart in Dusseldorf, it arrived. Michael Matthews wanted it so badly; you could sense it by the way he rode, nearly every day, for two straight weeks. His disappointment was visible, and he made no secret of the fact he wanted more – from his team and himself. Then, finally, on the demanding uphill finish to Rodez, he got it right. He showed his intention by putting riders on the front soon after the gun, and when Philippe Gilbert launched his effort early, the versatile fast man sprinted effortlessy over the top of the former world champion Gilbert and current Olympic champion Greg Van Avermaet.

He did it, and in doing so went some way to filling the void left by the early departure of Richie Porte. Not since Cadel Evans has Australia had a genuine GC contender for Le Tour, and while Richie has shown glimpses in the past, it was this year that he really demonstrated a readiness and bullish attitude towards the classification fight. The bookies backed up what the press, peloton and fans thought. He was ready. Alas, he’ll have to wait for his time. Perhaps, all going to plan, we can see him back racing by the time his hometown criterium around Launceston kicks off. Perhaps we’ll even see him along to one of the other two races being held as part of a larger Sprint King and Queen series that’ll no doubt attract a number of our best pros during their off season.

Speaking of waiting for good things, we’re literally jumping out of our cleats with excitement around the inaugural Gravel Grit Central Coast, slated for September 10, see you there!

Subscribe during the promotional period and the first 50 subscribers will receive a limited-edition Cyclist-Emalco enamel mug valued at $60!

Known for its hardy and lightweight construction, our 8cm custom mug is designed to last a lifetime of Tours de France, late nights watching our homegrown heroes over in Europe, and weekends away with mates!

Get it quick as it’s a limited production run, there’s only 50 available for subscription packs! 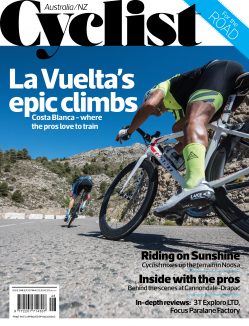 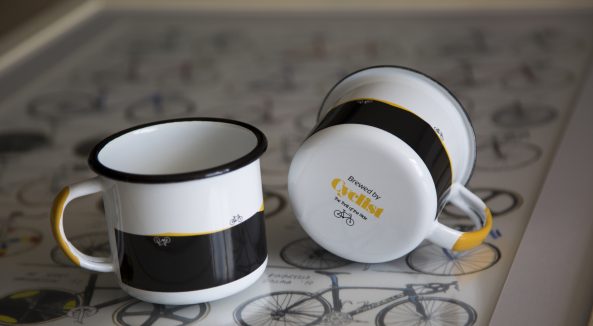 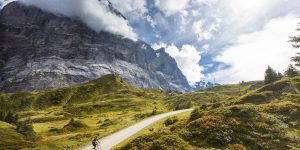