The ever-growing world of Smart Trainers is a hard one to navigate. It’s a world of watts and decibels, all kinds of numbers, acronyms and graphs. But you don’t need a pro contract to reap the rewards of the CycleOps Hammer 2. Cyclist hops aboard the all-new smart trainer.

CycleOps was one of the first companies to produce a suitable product that could measure a cyclist’s power output when, in 1998, it brought the PowerTap hub to the market. A couple of years ago it felt like a new power meter manufacturer was popping up every other week and there’s currently a huge range of options available to those looking to put facts and figures to their feelings.

Today, the world of smart trainers is exploding and power measurement integration is all the rage. Controlled via a vast assortment of training platforms like Zwift, TrainerRoad and SufferFest, the H2 (Hammer 2) needs little more to set up apart from an appropriate location nearing a power source. 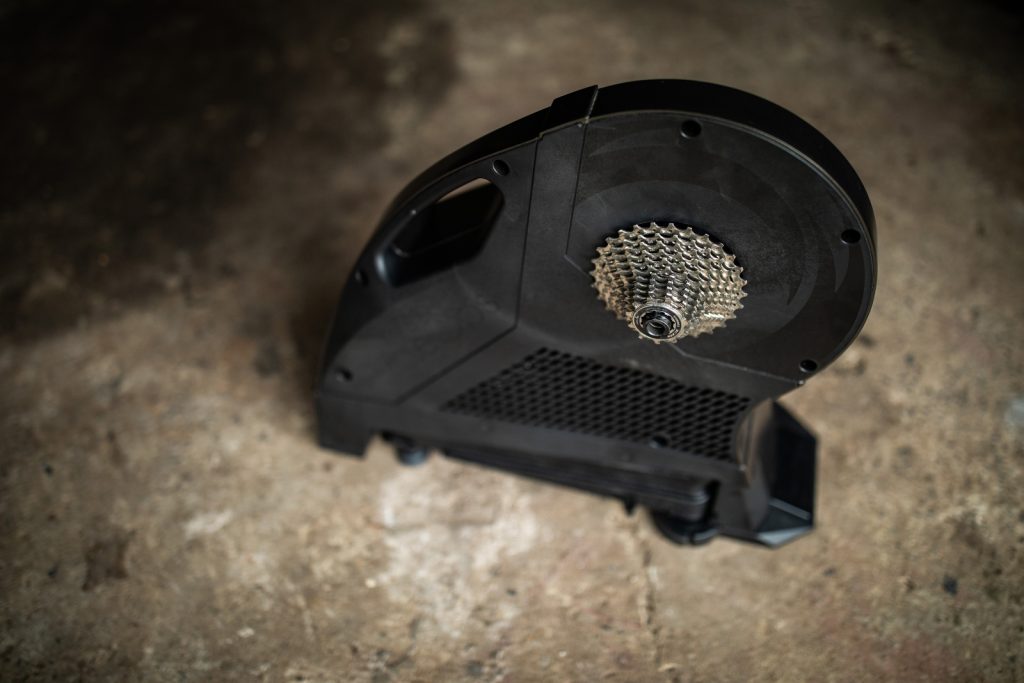 Using its extensive trainer and power knowledge, the H2 continues the strong offering seen in the original Hammer with a number of refinements brought into the H2. The world of trainers, more specifically of the ‘smart’ variety, can be quite confusing and daunting to some, and perfectly understandable to others. However, unless you’ve booked your tickets to Girona and you plan on turning professional next year, the reality is that offerings like the H2 do exactly what you want them to do – and then some.

Perhaps you and your partner are expecting your first child and you’re secretly doing the numbers to work out which is the quietest and if your 1:30am session will be heard over your big-ass fan. That’s the sort of thing many would be concerned about. 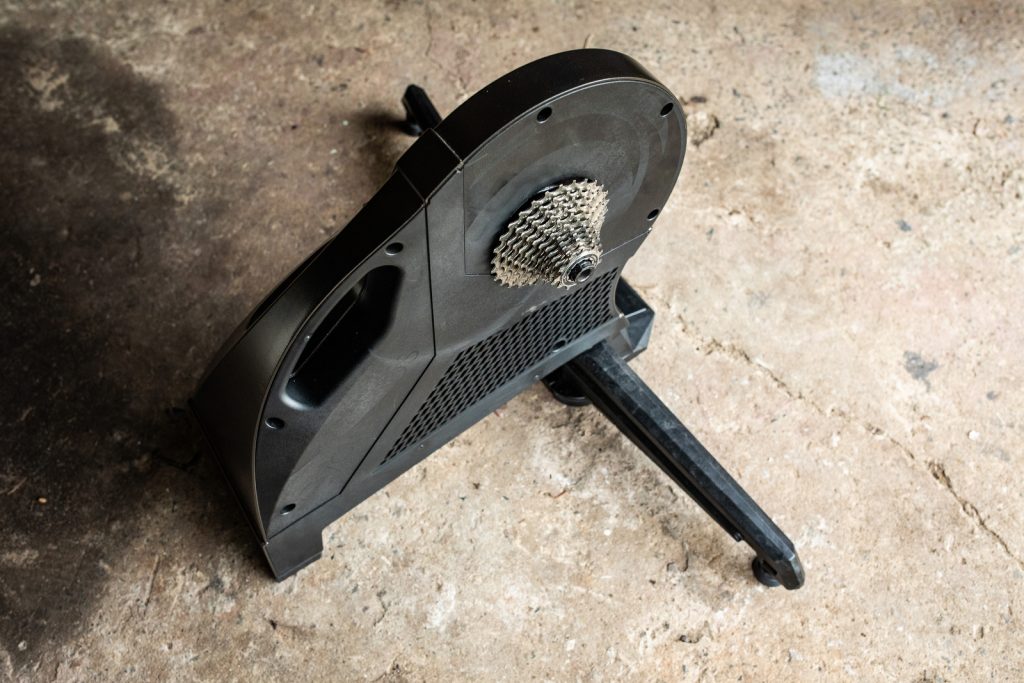 The H2 is pretty much ready to go out of the box. You simply unclip and unfold the stabilising legs – which are adjustable for uneven ground – and plug it in. Install the correct adapters for your rear dropout type and size, slide on the cassette, tighten the lock ring and that’s it. Zwift should connect to your trainer with the touch of a button via Bluetooth or ANT+ – if you have a dongle handy and if you’re using the Zwift Companion App, it’s even easier. We’ll spare you the full set-up instructions as this will vary slightly from user to user but from my initial experience, it couldn’t have been much easier.

CycleOps also makes the PowerTap app, which is basic at best and designed to show you all your numbers. Want more than that? Look elsewhere. Then if you’re still pretty old school and think computer games are for kids, or the Wi-Fi is out, you can also ride the trainer headless without any apps or computers. It will function pretty much the same as the brand’s more economical line of fluid trainers.

At 21.3 kg it’s not the lightest of your loungeroom furniture, but it’s also not the heaviest. The weight does add to the stability, and with the easily folding legs and appropriately located handle, moving it to the corner of the room shouldn’t be an issue for even the scrawniest of cyclists. The H2 doesn’t come with a cassette or QR skewer, which is great if you’re after a specific gearing, but it’s worth keeping in mind before you unbox and have one of those ‘back to Bunnings moments’. On the plus side, unlike some of the competition, the H2 does come with an inbuilt cadence sensor – so that is one less thing you have to worry about during startup. 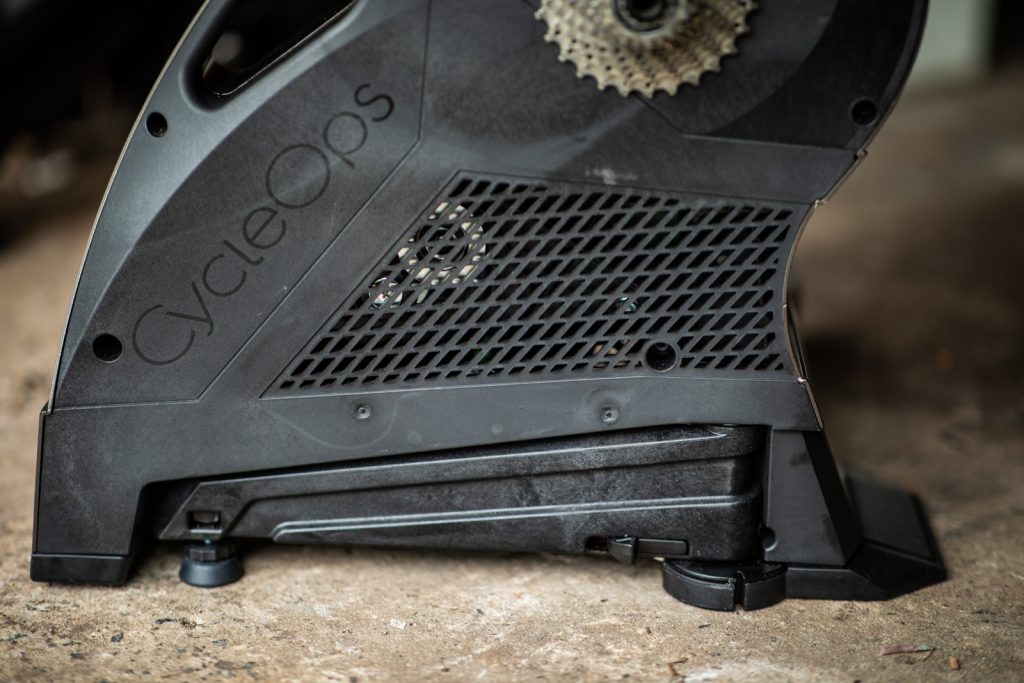 When it comes to considering the CycleOps H2 there are a few numbers you really need to know. The first one is the price. At $1,699 the Hammer 2 is far from the most expensive direct drive trainer available, but it does place itself against some solid competition from Wahoo, Tacx and Kinetic with the KICKR, Neo 2 and R1 respectively. That said, for a unit you’re unlikely to replace in the foreseeable future, this is a very reasonable price point to consider for anyone who considers themselves an enthusiast, semi-serious cyclist or tech geek.

The H2 includes an array of axle and QR adapters to suit nearly any modern bike so even if you’ve got a Boost-configured MTB or an old steel job that’s just been waiting to be restored for indoor sessions, you’re good to go. The only unlucky ones in this scenario are those 135mm x 12mm dropout bikes Specialized did on its CX range for a season. They may pose an issue. 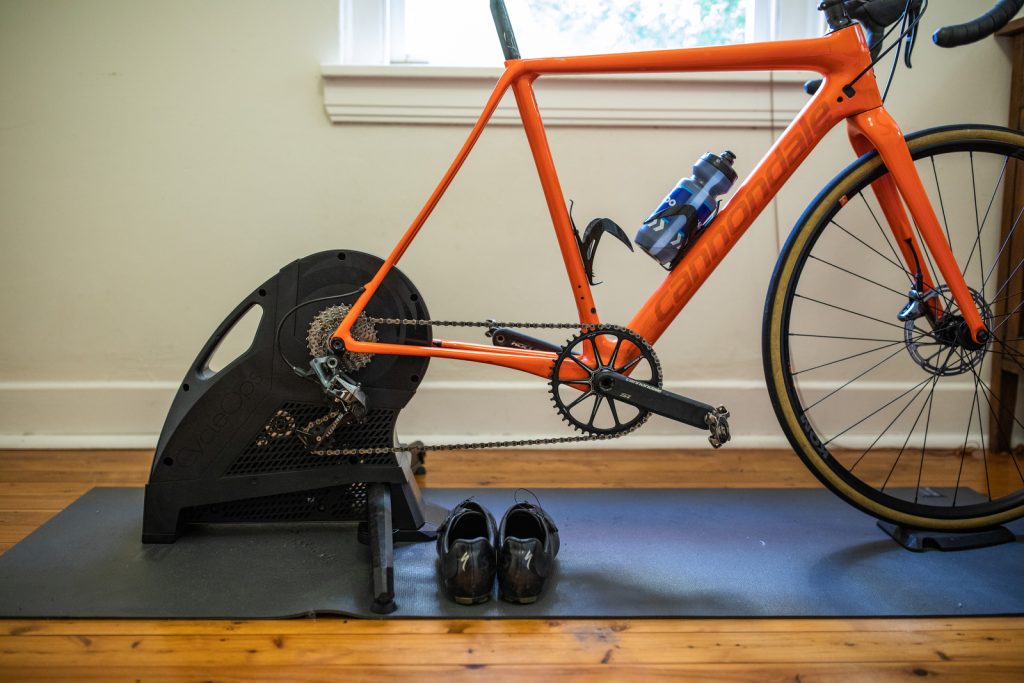 The noise wizards at CycleOps claims the H2 has a noise level of 64 decibels at 32 km/h. To me, I don’t think it’s noisy at all. On my particular machine, a Cannondale CAADX with a 1x front chainring, the drive train and external fan were by far the biggest offenders in this department. I could, however, comfortably watch TV with my partner riding it in the same room; there would be minimal disturbance.

CycleOps also claims to have up to a 2% (+ or -) power accuracy. That seems pretty honest given a number of independent reviews, including the master of gadgetry, DC Rainmaker. The H2 will handle up to around 2,000 watts, and combined with the wide 800mm stabilisers, makes for stress-free unleashing of ‘The Beast’ during any sprint session. Continuing on the max power theme, the H2’s capacity to handle the load will undoubtedly bring most down to earth with a maximal power into the four digit range a real achievement.

If you top out the wattage on this thing, get in touch with Mr Gerry Ryan immediately. For those times when you’re more of a climber, the H2 can also simulate up to a 20% grade, which is way more than I could handle with the 1x gearing on my trainer bike in the real world.

I had a little issue when I had to use the trainer paired to an older computer with old Bluetooth, which won’t work. It needs to be from at least 2010 to have the low-energy Bluetooth most trainers use. There seemed to be an interference or a dropout issue when pairing via an ANT+ dongle. The HRM that was also using ANT+ may have interfered. I was unsure but had no issues when connecting via Bluetooth to my newer laptop. I also had a small problem with the power lead. The plug is an extremely loose fit at the trainer end, and a bulky power pack at the wall end meant it could easily fall out of an older wall socket. It has a figure eight plug, so a figure eight lead will completely eliminate this issue. You should also have plenty of spare ones of those lying around.

The aesthetics was a clear winner for me; the CycleOps H2 just looks like quality. The sleek, smart design folds away so easily and won’t look out of place in the corner of a fancy loungeroom. For most this won’t even rate, although I feel it’s a super important feature. When there’s so little to differentiate many of the trainers, a sexy appeal and quality-looking structure are massive factors in something that may well live in the space you entertain and relax in.

Overall, the trainer was amazing. It was my first foray into the indoor/online world of cycling, and I was hooked. The feel of the 9kg flywheel is very realistic and reaction times to power increases in sync with gradient changes are impressively fast. Really, you know a trainer is good when it works as expected. You can just forget about it. Your mind drifts into a virtual world of volcanos and underwater roads, and it’s just you, the bike and a thousand other people.

The CycleOps H2 did this perfectly for me, and I wouldn’t hesitate to recommend it. Its classy appearance, company history in power and ease of use all make it a standout in this competitive market. With the CycleOps Hammer 2 I felt a newfound motivation to get on the bike more often. Being time poor was no longer a real excuse. Getting on the bike at just about any hour was acceptable with a world full of other athletes doing the exact same thing.

CycleOps is distributed in Australia by Apollo Bikes. Find your local CycleOps dealer via the dealer locator. 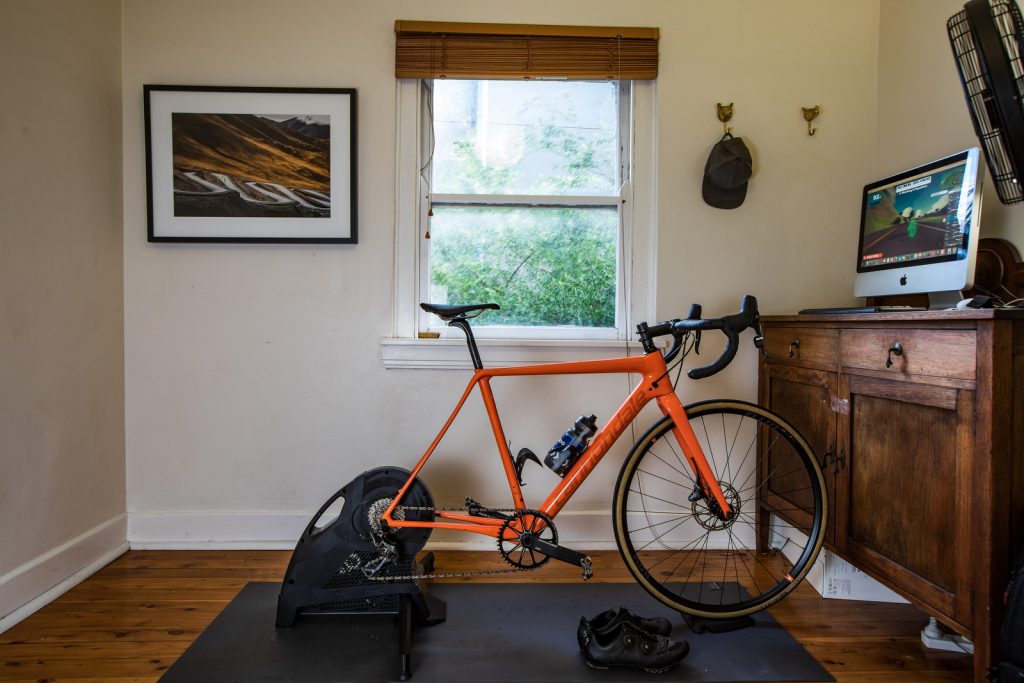 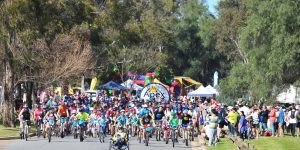 This is one of those rides that’s all about the positive vibes. The Lake Run and Rid...