Quietly yet visibly tested under the WorldTour outfits of Lotto-Soudal, UAE Team Emirates and the men’s and women’s squads of Movistar since the beginning of 2019, Campagnolo has made the news official: the top of the line Super Record 12-speed groupset is now available in an EPS (Electronic Power Shift) system. Cyclist was invited to Girona, Spain, to hear the news first-hand and jump aboard the all-new ensemble. 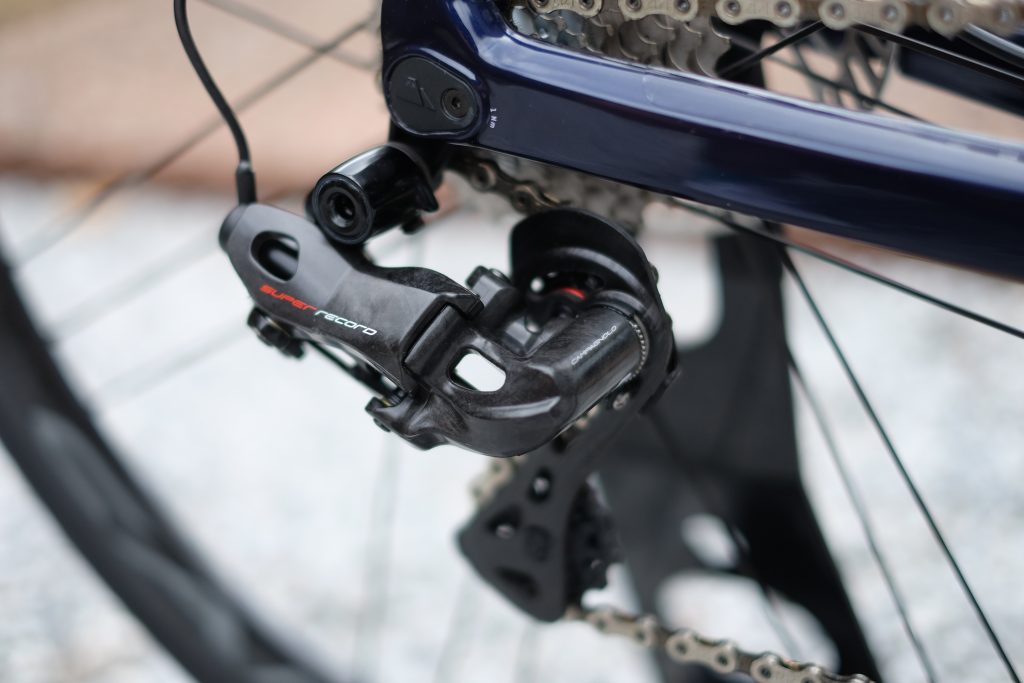 Less than 12 months ago Campagnolo took a leap ahead of its competition when it announced the release of a 12-speed ensemble featuring Record and Super Record markings. The Italian brand was going against convention by developing its two premium-level groupsets alongside each other. Playing catch up with the others, the introduction of a disc option was desperately needed and arrived with an impressive offering. Disc brake-equipped bikes may be trickling into the professional peloton with mixed sensations but for folks like us, it’s the only option worth considering (in this writer’s opinion).

With its EPS system generally sitting at the top of the Campagnolo pyramid, the absence of an electronic 12-speed group back in April 2018 came as a surprise, if only because of the seemingly temporary return to mechanical. Fast forward 11 months and an invitation from Campagnolo to visit the cycling haven of Girona, Spain, needed few other details. Only one announcement would warrant such a journey and the day after arrival, our expectations were honoured – the Campagnolo groupset family complete again with 12-speed Super Record EPS. A company steeped in tradition, the all-new Super Record EPS group continues to be available for rim brake machines but we would be testing the disc calliper versions – in an almost exact replica to what Movistar ride this year. 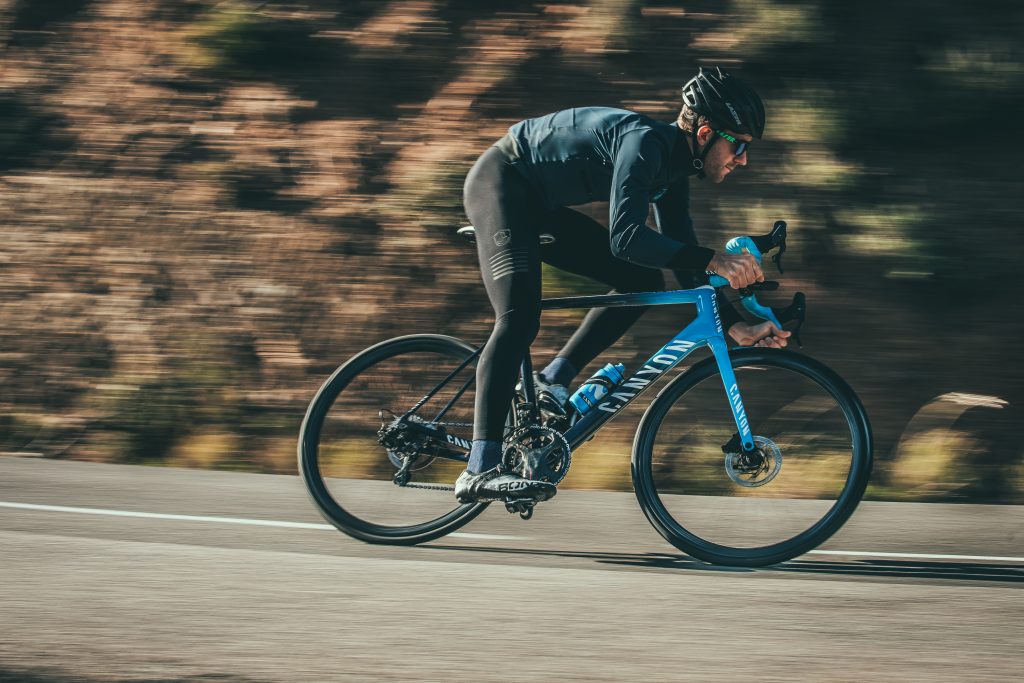 Refined and electrified over its 12-speed mechanical cousin, the introduction of a Super Record EPS groupset is more evolution than anything else. Granted, there are newly released updates which hit the mark however, with much of the 12-speed mechanical components sliding into the EPS range and a few lessons taken from the proven 11-speed EPS system, 12-speed EPS fills the gap rather than pushes its way into a new spot.

Campagnolo may have been the first of the ‘Big Three’ to crack the 12-speed code and impressively without the creation of a new freehub standard but conversely, some argue the company’s lax approach to development has seen it on the back foot in years past. The release of 12-speed EPS doesn’t just put Campagnolo back in the chase but Super Record EPS is now very much at the front of the bunch with SRAM’s latest APX groupset and perhaps, if number of cogs are the primary measure, slightly ahead of Shimano’s Dura-Ace Di2. Of course, the number of cogs on the cassette is merely a detail in the ensemble but it’s worth noting as we expect Shimano has another year to go before its current top-end offering is updated. 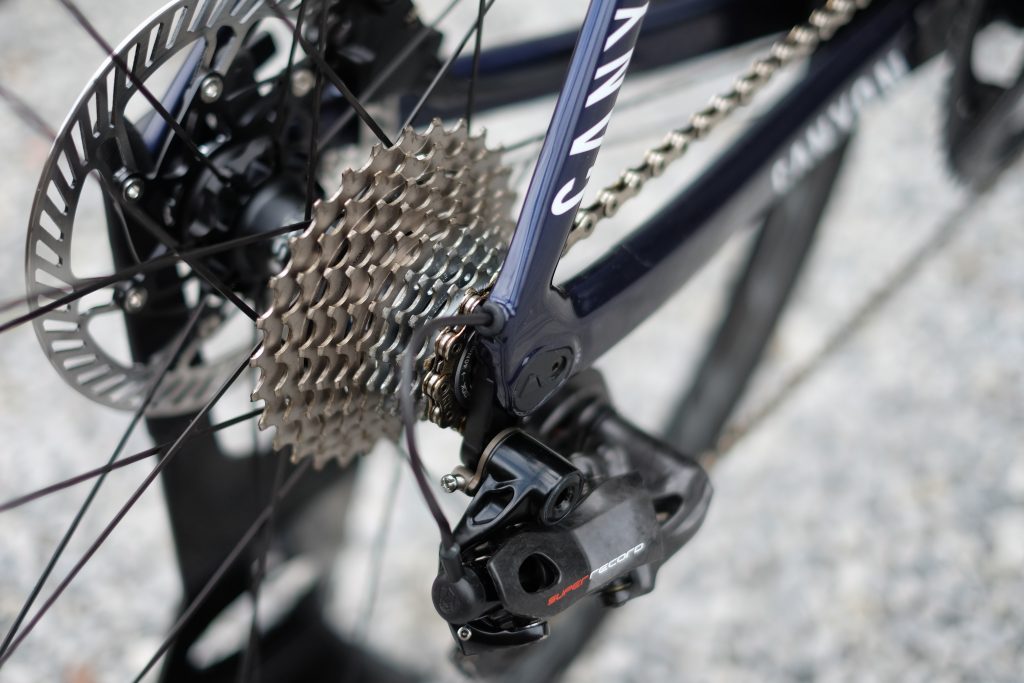 Having been at the forefront of lever ergonomics since our first experiences aboard 10-speed Record, the latest Ergopower levers have been refined better than ever before. The superb feeling of the improved brake and shift lever shape, pivot position and lever angle is the first thing you notice when wrapping your hands around the all-new lever body. With contours designed to improve braking control from the tops or drops, along with lever reach adjust and a subtly technical rubber hood –designed from the inside out – to better absorb road vibrations across all terrain types, the new levers are spot on.

Dubbed Multi-Dome technology, Campagnolo delivers a fine balance between shifting force and tactile feedback at the lever with the ‘click’ sensation of days gone by now very much a part of the electronic groupset. The feeling of a mechanical shift is a welcomed sensation since high-end groupsets turned to electronic operations. Differences between the disc and rim brake lever remain minimal with the vertically-oriented hydraulic system doing little to alter lever shape and size. 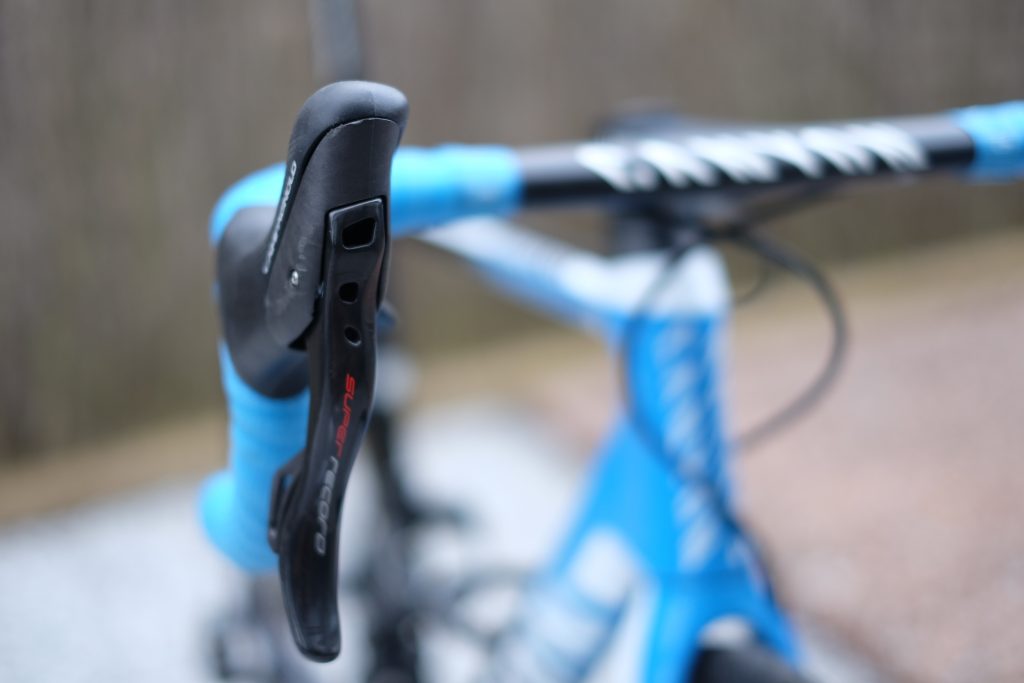 Following on from the 11-speed system and adjustable via the newly updated MyCampy App, lever operation can be fully tuned to allow up to 11 gear changes (at the back) via a single press of either the newly positioned and shaped thumb shifter or the primary lever paddle. The two lever shifting action provides what Campagnolo like to call “safe and foolproof control no matter the conditions or situation at hand”. Control of both levers is intuitive and accessible with lever operation made easy no matter your hand placement, the thumb and index fingers easily within reach of the shifters in an instant. 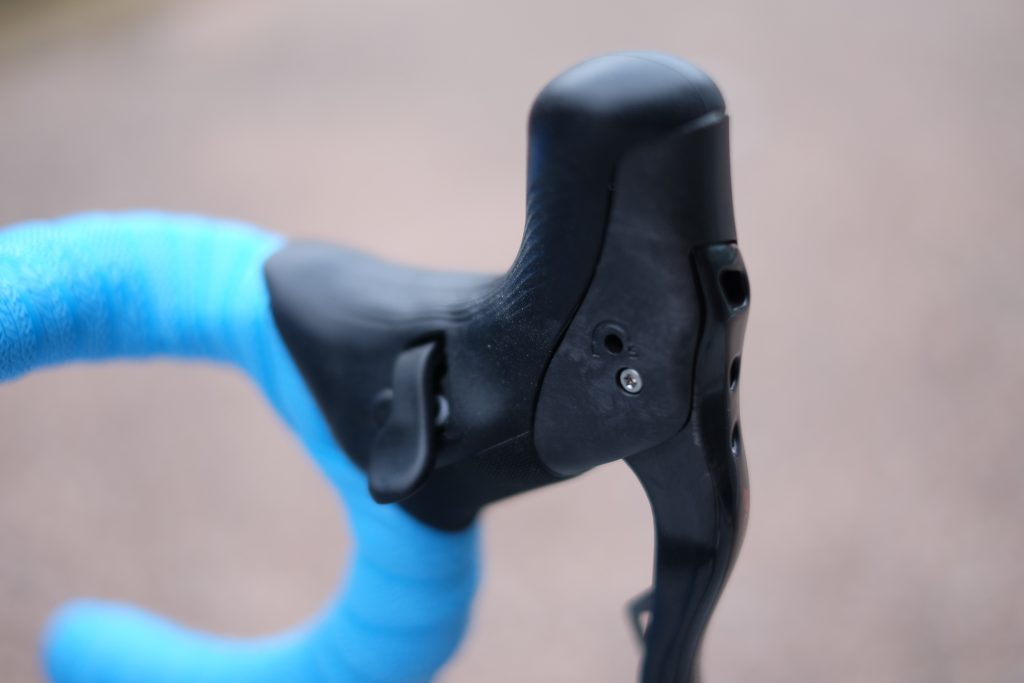 Shifting speed is impressive and rapid with the rear moving through the cassette quickly and accurately while the front shifting is bolstered by the four-arm, 8-bolt connection. While SRAM has moved to a one-piece inner and outer chainring for AXS and Shimano utilise a combined fixing bolt, Campagnolo instead opt to place the mounting hardware at its most outer position available – for improved rigidity according to its testing. At 618g (172.5mm, 34/50T) for the crankset, weight is also impressive. Sadly, we’re yet to see an integrated power meter and while Stages, Power2Max and SRM produce compatible power meters, we imagine it will be a little while yet before we see a power meter offering from the Italians.

Management of the controls and derailleurs is handled via a new V4 interface that allows shifting adjustments to be made on the fly along with additional communication requirements to external devices via BLE and ANT+. In keeping up with the latest trends around integration, three main interface options are available for under-stem, bar-end and frame port mounting. 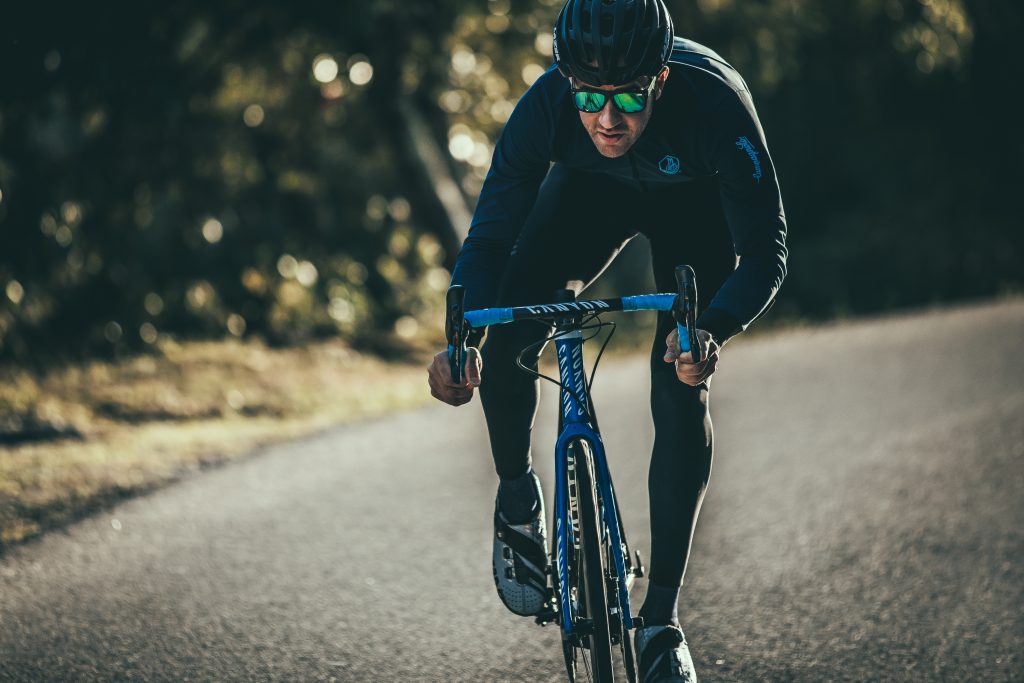 Bringing power and movement to the entire ensemble, apart from the turning of the cranks (that’s your job), is a slimmer and longer sized battery that should fit inside any electronic-compatible frame. Boasting up to 10% more shifts than its previous version the Campagnolo team remained vague around exactly how long that would see the average rider ride between charges. In similar sentiment to Shimano and SRAM, charge cycles come down to how many front and rear shifts are completed.

In attendance at the launch and along for the ride ahead his next race at Strade Bianche, Movistar’s Roquin Rojas said he would get around a month between each charge – the battery status seen via the V4 interface and visible on or off the bike. At a guess, we would say most of us could ride anywhere up to and exceeding 2,000km between charges. Backwards compatibility should see the revised battery also usable on 11-speed EPS groupsets. 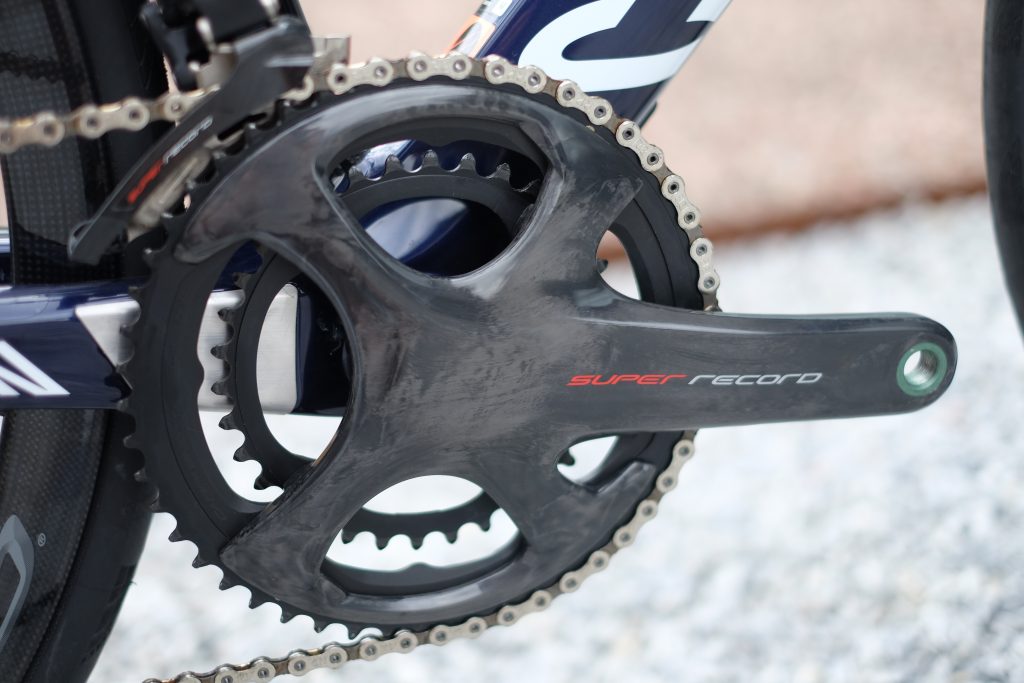 Durability, while still an important topic when discussing the mechanics of a drivetrain, is almost unnecessary to highlight and we’ll briefly touch on why.

Super Record, SRAM AXS and Shimano Dura-Ace are the top of the crop and designed very much with the professional rider at front of mind. If it’s good enough for them, it’s more than enough for us. Performance, weight and reliability are the key metrics necessary at this level and let’s face it, if you’re in the market for a groupset from this class, maintaining these components to function at their absolute best, should be your primary concern. Ride lots? Components will need replacing. Head out in apocalyptic conditions at every chance? You’ll be faced with additional maintenance to keep your prized possession running as it should. The list of questions and answers relating to the maintenance of those three key metrics goes on. 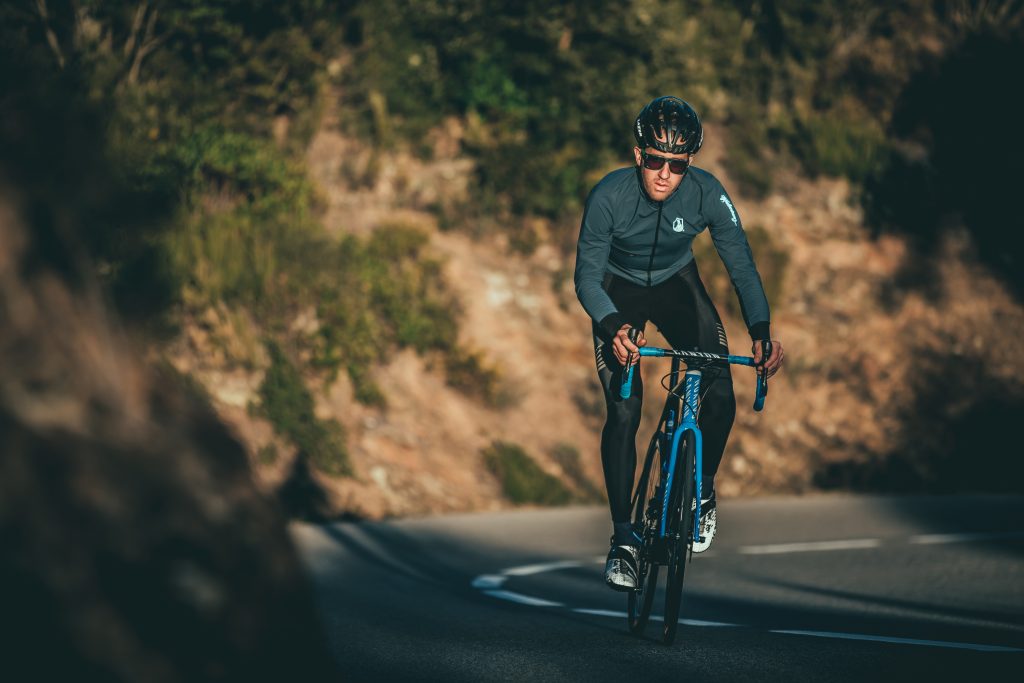 So when Campagnolo add that while its 12-speed chain, cassette and rear derailleur are slimmer and lighter, it will also last longer than its predecessor, one shouldn’t be overly surprised nor expecting some sort of groundbreaking unobtanium levels of additional durability. Furthermore, landing at approximately $6,500 and $6,000 (Australian pricing TBC) for EPS disc and rim brake groupsets respectively means Super Record EPS isn’t in everyone’s price bracket. Fittingly, the Italian brand is also now very much back in the upper echelon of price market.

Considering no changes are found on the SR 12-speed chain and specifically treated 11-29 and 11-32 cassettes (we’ve covered that here) we instead take focus at the areas directly responsible for shifting the derailleurs.

Featuring larger 12-tooth jockey wheels, a slimmer and more rigid carbon fibre cage – one size fits all – and options for direct mount and standard hanger frame sets, the EPS mech also comes equipped to handle all weather and road conditions thanks to its IP67 standard waterproof rating. This same rating is found across all EPS components meaning zero chance of water ingress regardless of the conditions. 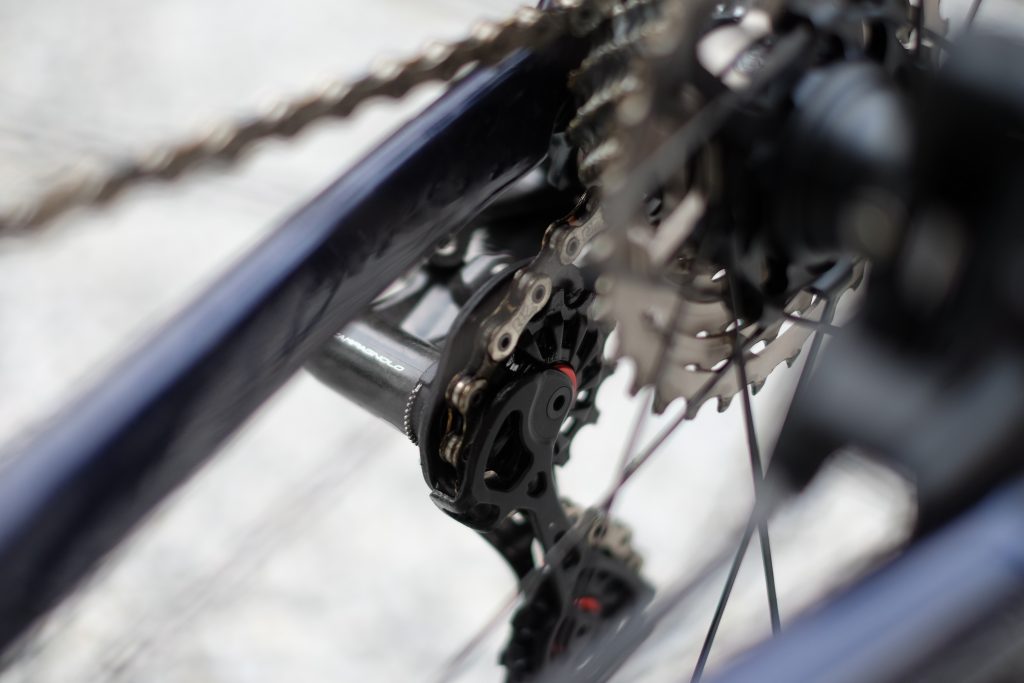 The EPS rear derailleur also receives the previously updated main pivot body found on the mechanical counterpart to ensure reduced chain slap along with maintaining the same spacing between top jockey and cog across the entire cassette. Up front, the carbon and aluminium front derailleur is powerfully fast and like its competitors, features automatic trim for full usage of every gear combination available. A single braze-on mount is available for the front derailleur which is now more or less the norm and requirement for contemporary carbon frames. 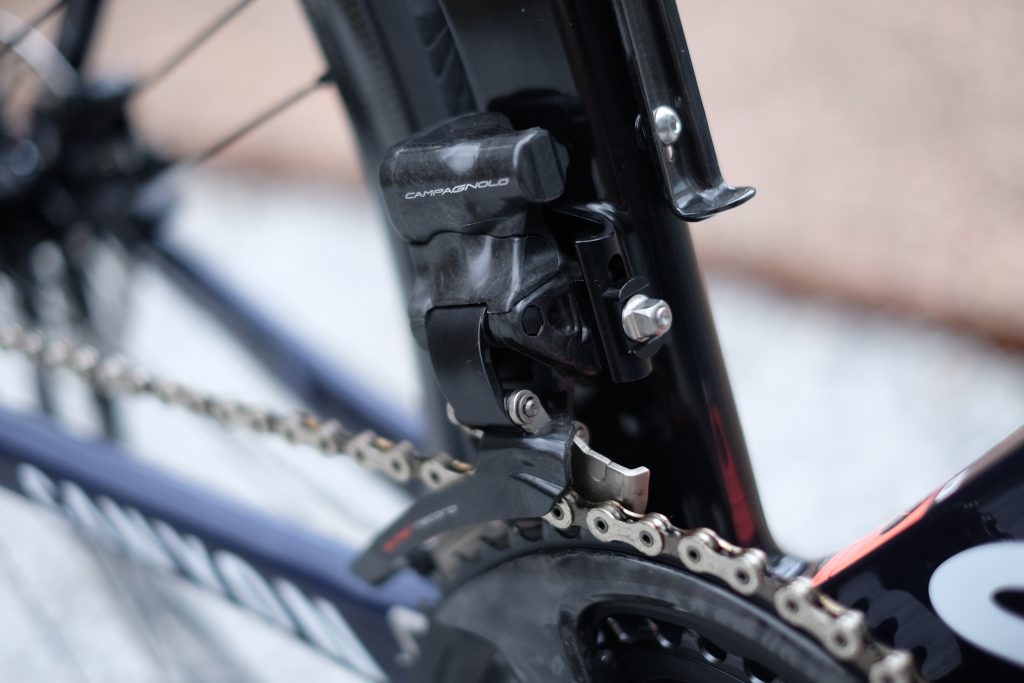 With the chain and cassette coming across from the mechanical groupset, so too does the rim brake callipers for centre and direct mount framesets. Minor changes to the disc brakes come as an added bonus with the already powerful and modular 140mm and 160mm callipers featuring an additional spring – almost eliminating any chance of brake rub – while an updated organic resin brake pad is a one-stop shop that reduces noise even when wet. Lever feel is further improved with the new pad material, which, combined with the newly located lever pivot, sets braking performance to an even higher standard than before. The pad and calliper have also been designed to cope with extreme levels of rotor heat for reliable braking on longer and more technical descents. 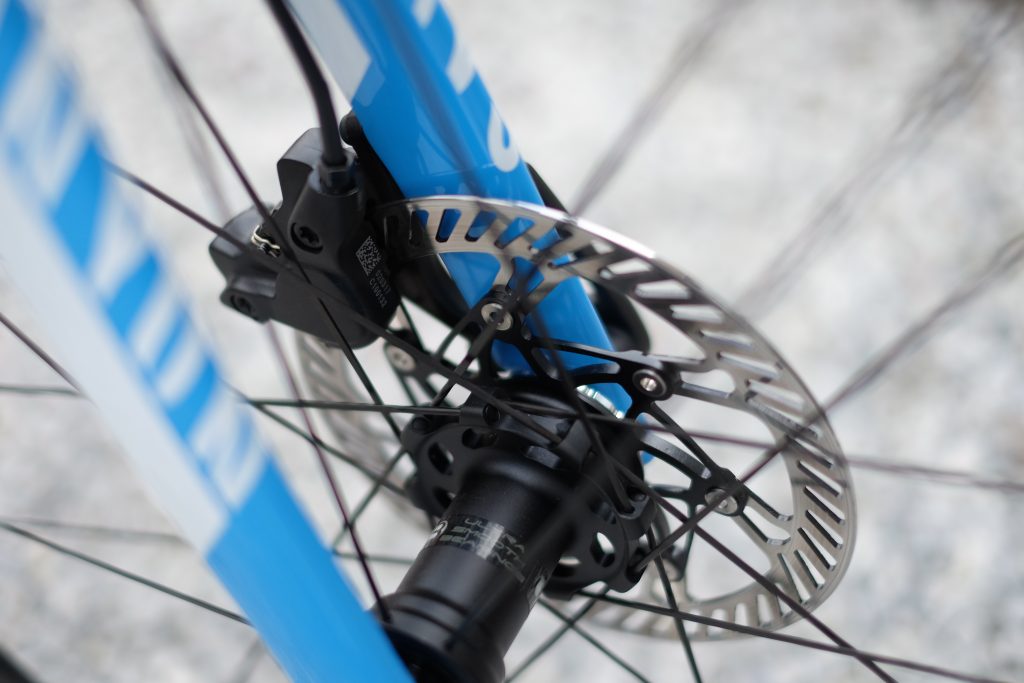 From what we’ve been told and experienced with Super Record EPS, there is little wonder some of the world’s top professional teams and riders have remained loyal to Campagnolo through the years. Campagnolo might not always be the fastest to respond to market developments but with its latest offering they have absolutely delivered. 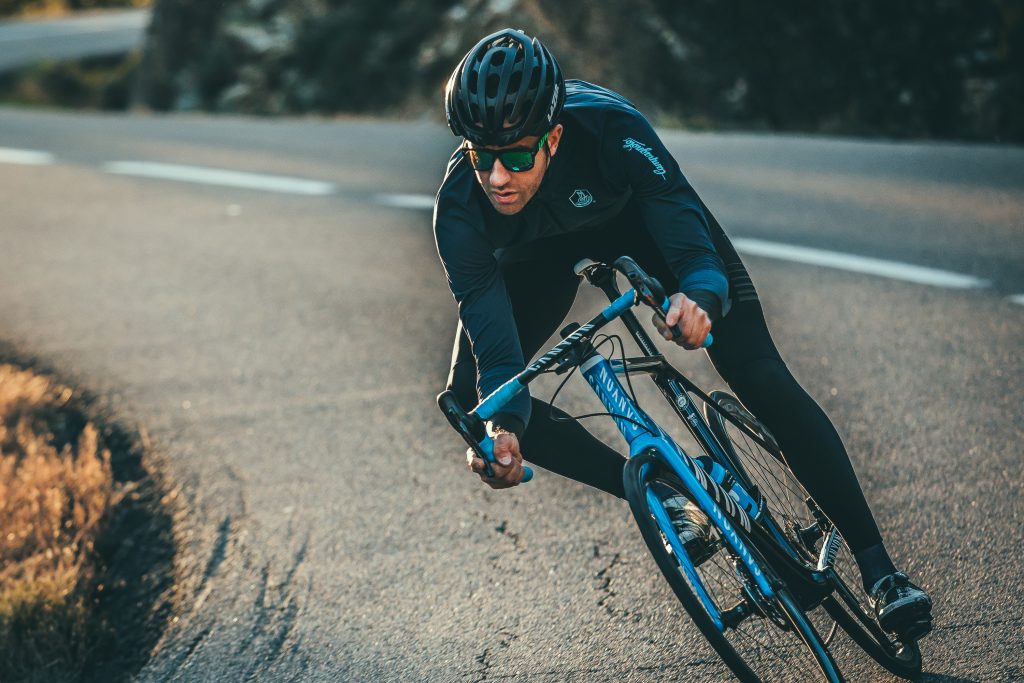 Head to campagnolo.com/au for full details and specifications. 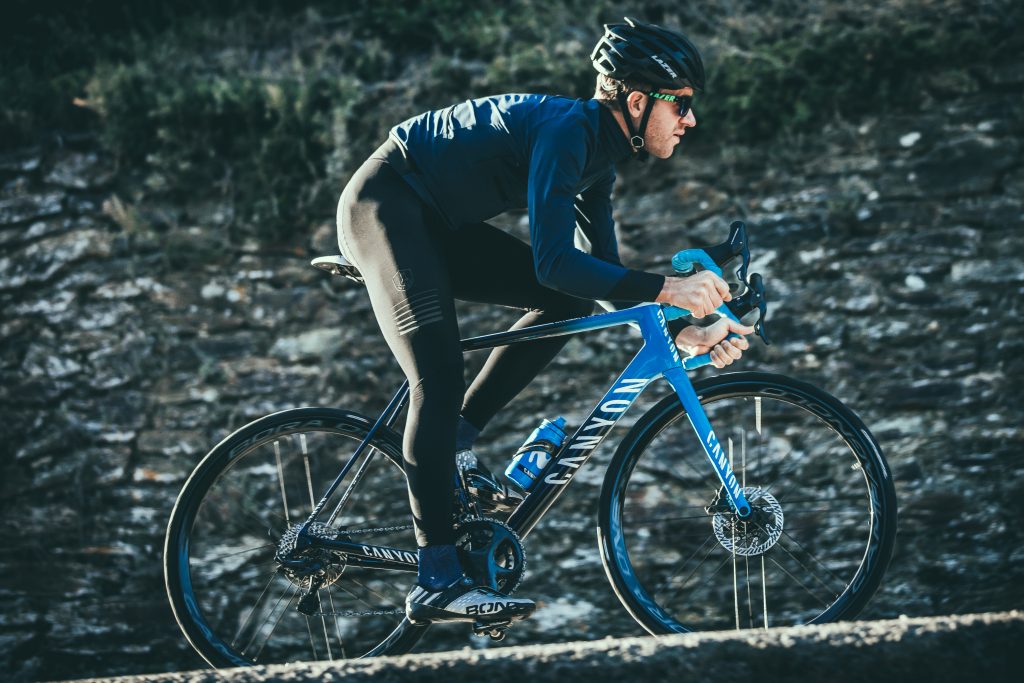 Not usually a destination associated with cycling, Wagga Wagga continues to surprise us. I...