Campagnolo have jumped the gun, before Cyclist could spot prototypes in a race or catch glimpses of new parts, Campagnolo broke its own news.

The past decade has seen road groupset technology take leaps and bounds, mechanical turned electronic, 10 gears on the cassette became 11, shifters now accommodate hydraulic brakes with various combinations in between. There’s still indecision on the number of chainrings and the requirement of a front derailleur but the likes of Aqua Blue Sport and 3T Strada owners may argue otherwise. Campagnolo’s new Super Record and Record groupsets are pioneering road’s 12-speed cassette and may have inadvertently solved the chainring question too. 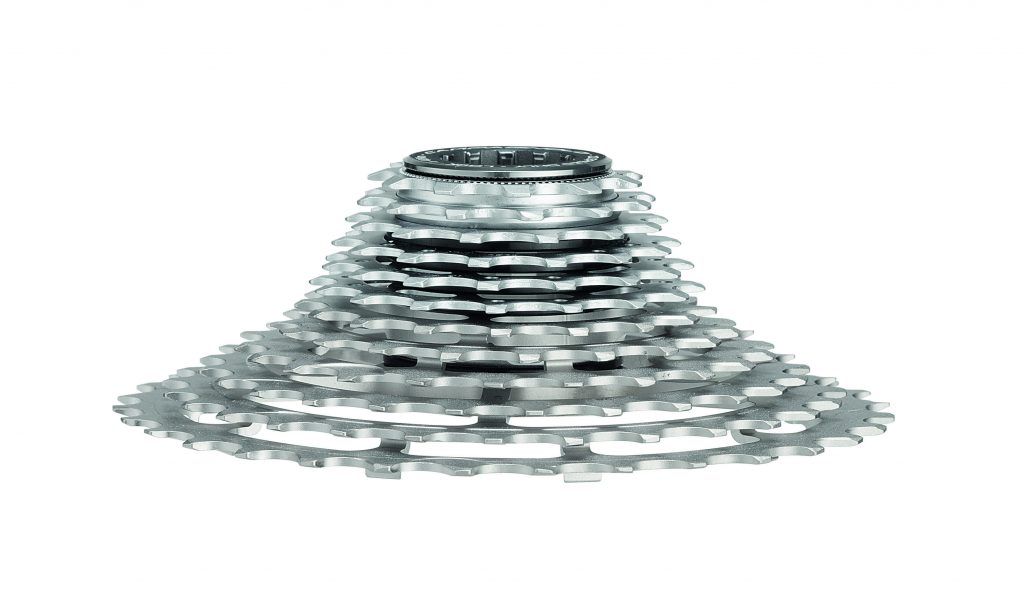 The biggest feature of the announcement is the 12-speed cassette. Now at 24 gears, most will remember when three chainrings were required for that, with cassette options of 11-29 or 11-32. An increase in range wasn’t required, the aim is for perfect gear combinations and smoother transitions, never leaving the rider without an option to suit their effort or cadence. From the 11-tooth sprocket the cassette increases one tooth at a time through till the 8th cog.  Keeping the jumps between shifts as small as possible, the tighter cassette is refined for all terrain types and definitely the last 300 metres of any race or town sign.

Most importantly the new cassette is compatible with current wheel and freehub systems, so don’t throw those Bora’s out! The width and shapes remain the same, rest assured the 12-speed will fit on any 11-speed Campy freehub. Backward compatibility is almost a miracle in new designs, in achieving this feat Campagnolo has slimmed everything down, the thinner and lighter chain apparently even quicker to shift and as durable as it’s predecessor too. 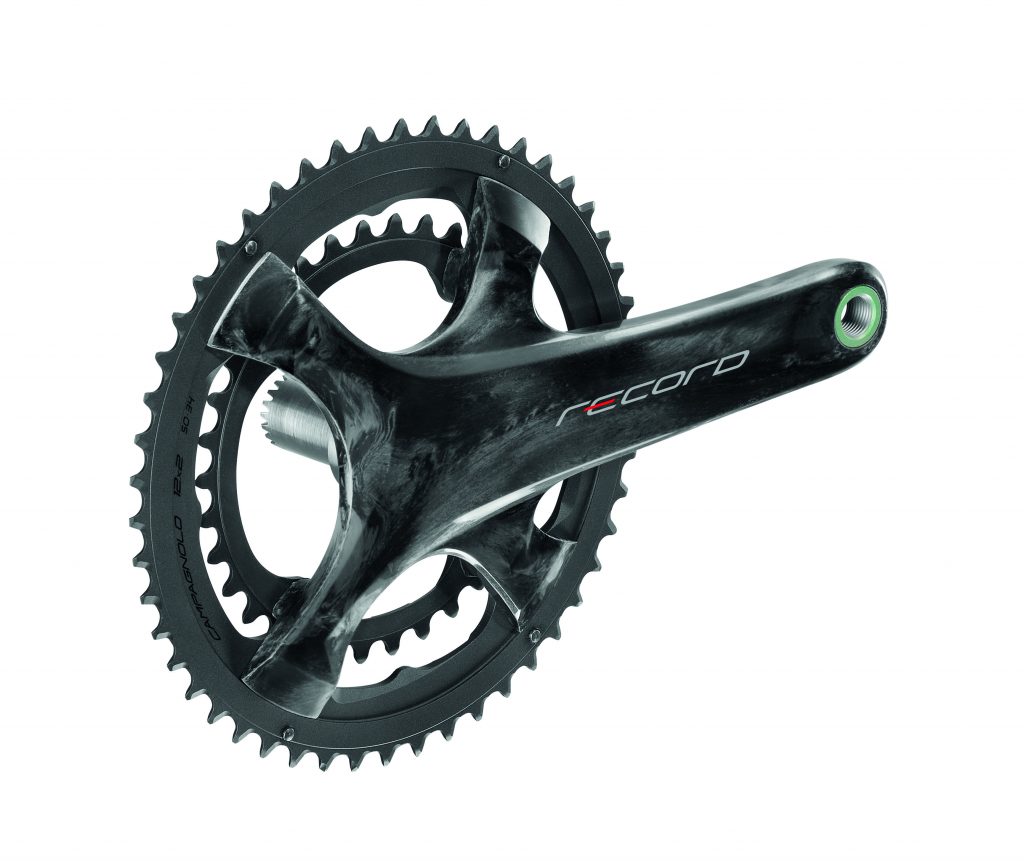 Up the front Campagnolo offer a freshly-designed four-arm crankset down to 34/50. Differences do lie between Super Record and Record, besides the looks, the lack of carbon seen may reduce strength and increase weight on the latter. Choosing a compact chainset coupled with a 32 tooth cassette opens up possibilities, but what Cyclist is most keen to see is 12-speed’s future in the 1X realm.

Not just an extra gear, but the entire 12-speed Super Record and Record systems have received an overhaul – but aren’t electronic yet. The rear derailleur features faster and more accurate shifts thanks to a new cage design and 3D EMBRACE, allowing it to move laterally, fore/aft, and vertically to maintain perfect positioning. Coupled with 12-tooth pulleys, gone is the need for a longer cage version as it’s now a one-size-fits-all for any sprocket size. 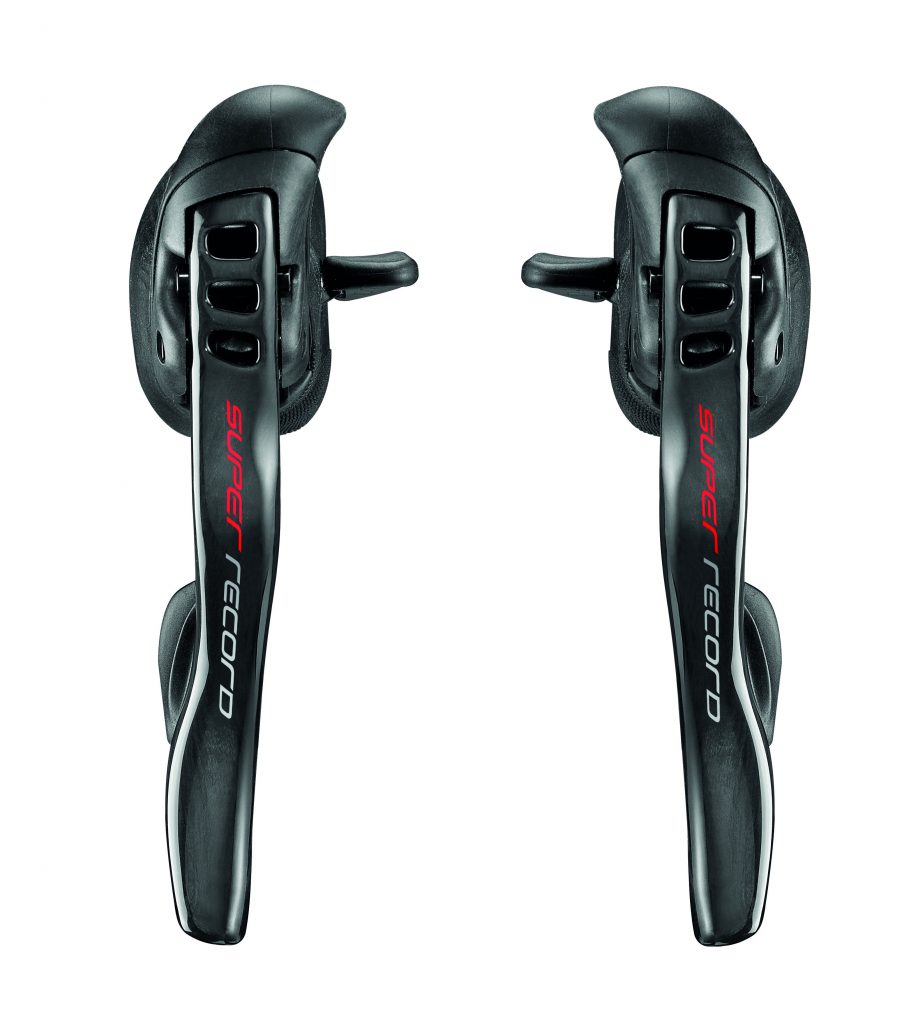 Controlling it all is one of their trademark ergonomic levers, with new hoods, small and larger hands alike. There’s also more lever adjustability in the disc brake version. The Ultra-Shift technology allows single stroke multiple shifts, up to five gears downshifting and three up. 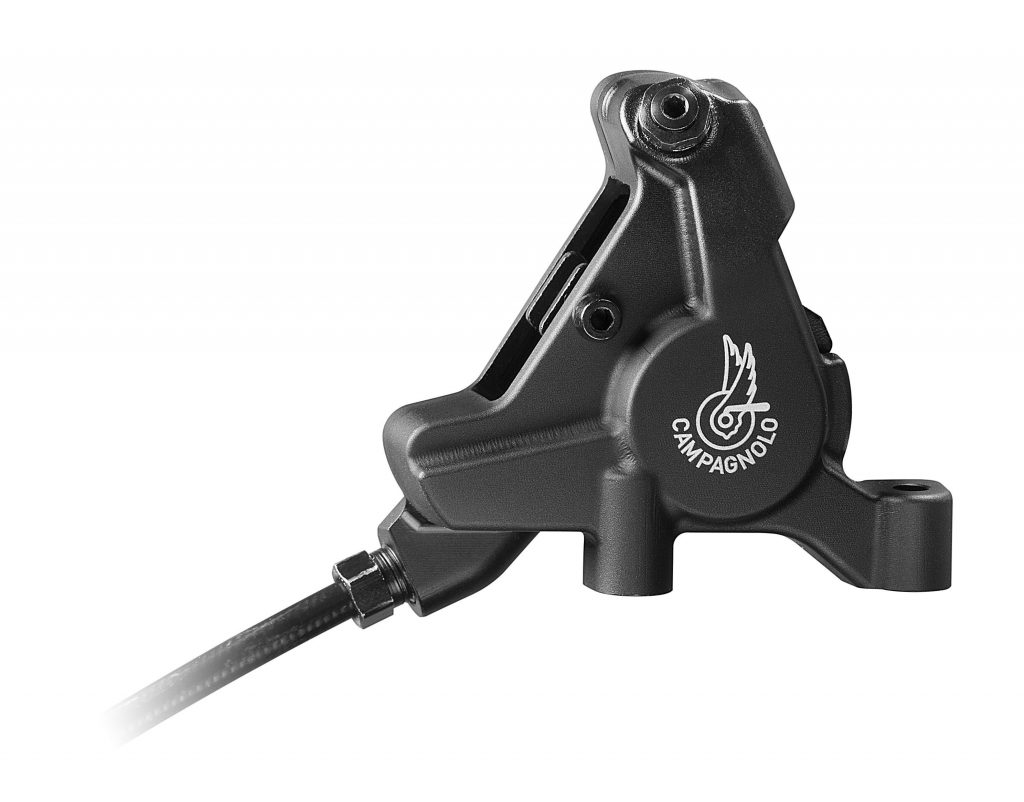 Brake callipers come in three options: traditional rim (centre mount), direct mount, and disc. The new rim options appear modernised and sleeker, with reduced weight and increased tyre clearance, whereas the new discs feature flat mount callipers and 160mm and 140mm rotor options. Details were scarce but we’ve noticed the absence of cooling fins, which other manufacturers swear by. However, as evident with its 12-speed chain, Campagnolo might have some secret alloys up their sleeve. 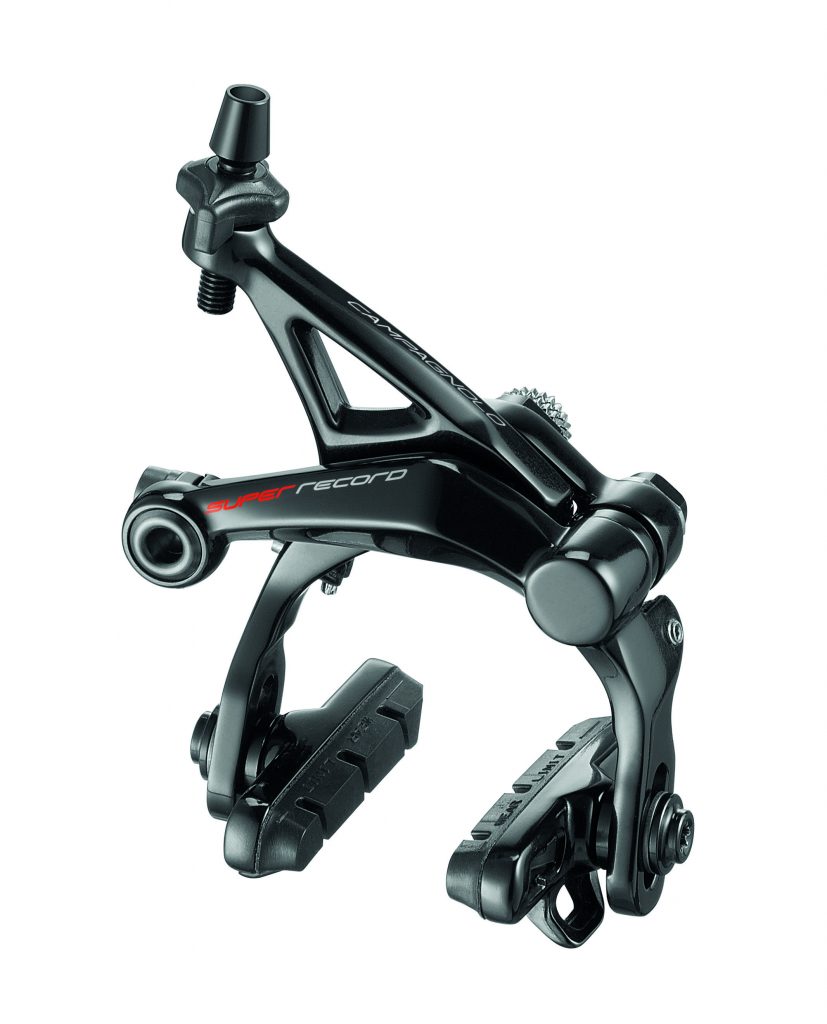 The Italians have always done things differently and as Campagnolo’s rich heritage proves, it’s never to be overlooked. Cyclist hopes to see how the WorldTour adopts the technology and when the first competitor prototypes are spotted, or will it go the way of wireless and take some time to for the rest to catch up? 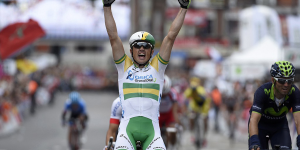