Being a pro doesn’t just have its perks in the cycling world as Cadel Evans recently found out. Living out a boyhood dream of his, Evans recently swapped pedal-power for horsepower, during a private test with the Holden Racing Team at Melbourne’s Calder Park Raceway.

The Tour de France winner spent two days with Holden Race Team pushing the limits in a race-spec Holden Commodore – a dream he’s held since watching the Australian Touring Car Championship, the predecessor to V8 Supercars, as a boy.

“I’ve been following Holden for as long as I can remember, and I think every kid has a dream just to have a drive in one of their race cars,” Evans said.

“To be there is one thing, but to get a real feel for the car was really, for me, like a dream. I’d rather drive one of these than any other car in the world, to be honest. All those so-called exotic supercars don’t really interest me that much.”

Evans’ private test was overseen by V8 Supercars champion Garth Tander, who gave him expert tips and advice on how to drive the powerful Holden.

“He did a great job straight away,” Tander said.

“He was straight into it. Much like most top-level athletes, whenever they try something new and foreign, you start three or four steps above where everyone else would step.

“When he came back the first time he said ‘Wow, it’s got a lot of power,” and you do have to be so careful with the throttle. That was probably the thing we spent the most time talking about after each of his runs.”

Evans, who will compete in the 2014 Santos Tour Down Under – held in Adelaide from this Sunday, 19 January. While he may be used to racing a two-wheeler on the road he seemed to be a natural behind the wheel of a four-wheeler as well… 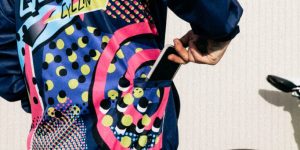