According to a 2013 study conducted by researchers at the Queensland University of Technology, the best place for reflective clothing on cyclists to increase visibility is moving joints. When you’re pedalling, few places move quite as much as your feet. With the days getting shorter, we were happy to get our hands on a pair of Bont’s new Helix Reflex.

Bont isn’t the first shoe brand to experiment with reflective shoes, Giro and Northwave both have high-end shoes in the range where the majority of the upper has received a twinkle treatment.

Our test kicks are the single BOA-equipped Helix Reflex, which have received the flashy skin. According to Bont, the anti-stretch retroreflective material is embedded into the Durolite upper with no weight or performance penalty. In a 44.5, the Helix Reflex tipped our scales at 558g for the pair (279g per shoe), making them a touch heavier over Shimano’s S-Phyre RC9 (545g, size 45) and the S-Works 7 (512g, size 45). 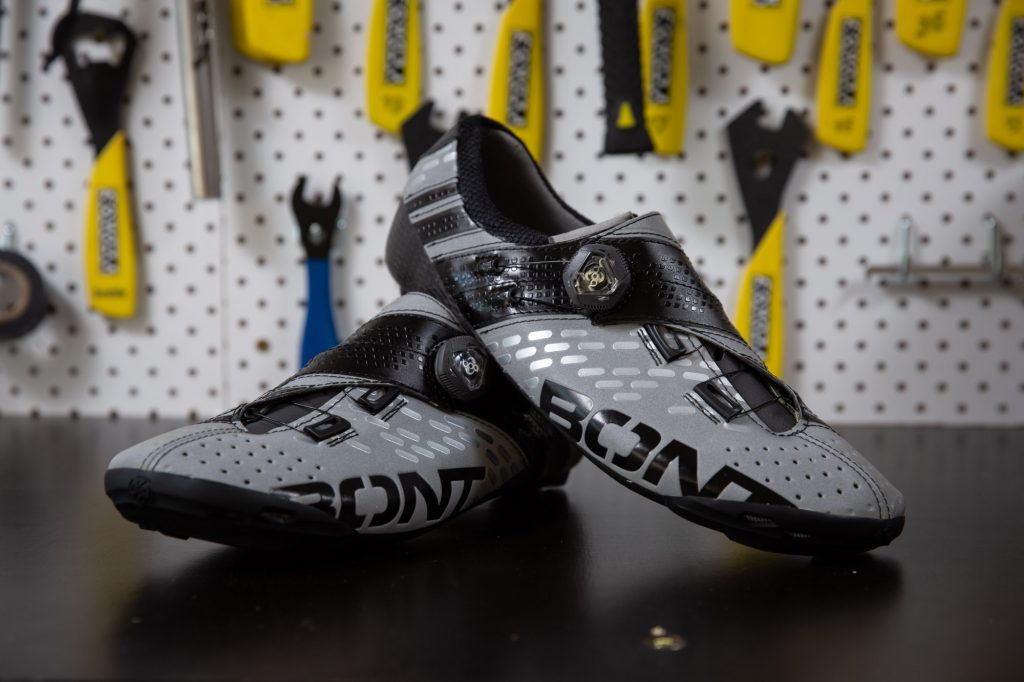 Under natural light, the Helix Reflex looks like a run of the mill grey shoe, but the second any artificial light hits them they glow like a marine flare. The Reflex version of the Helix comes in either the Havoc or Ghost colour options; ours are the latter. 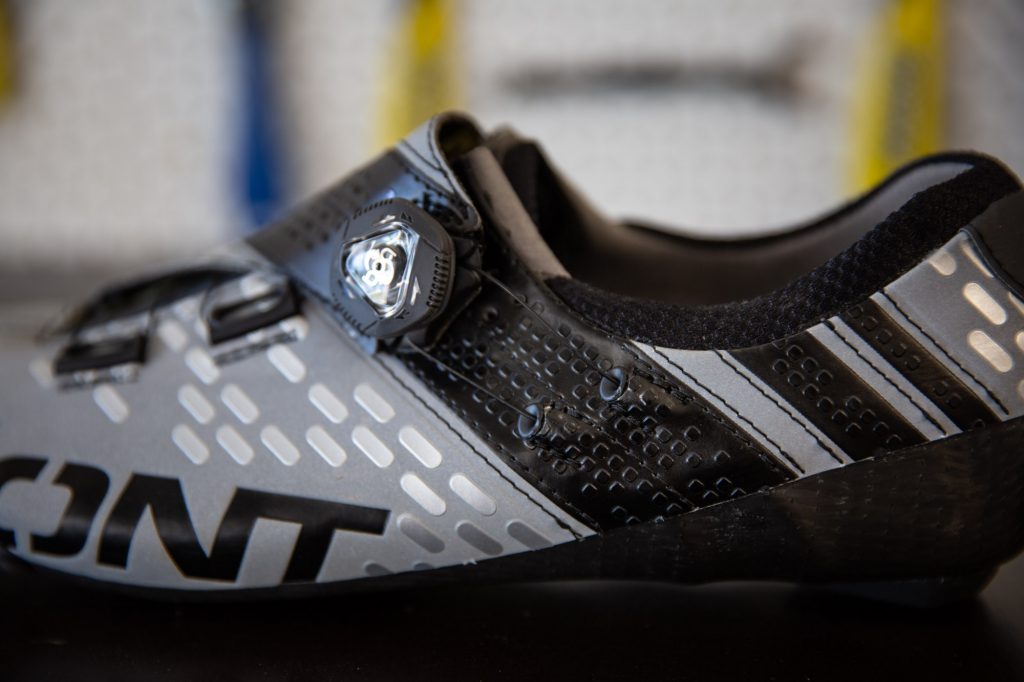 Arguably the biggest draw to Bont shoes is the bathtub sole, designed around an anatomical fit and DIY heat moulding. Most shoe brands have moved away from adding heat mouldability to their shoes, as most never took advantage of this feature because you had to find a dealer who had the proprietary oven and knew how to use it.

Bont use a resin that hits the glass transition temperature at about 70 degrees Celsius and doesn’t require vacuum bags and the like. Chuck them in your oven next to some chocolate chip cookies and wait about 15 minutes for the shoes to cook – remember to pull the footbeds out because they will shrink if you put them in the oven.

Detailed heat moulding instructions can also be found across the Bont Cycling website. Keep in mind the temperature variability of your oven at home, which can be below or above the recommendation. Essentially, you’re looking for the shoe to become warm and malleable prior to sliding your feet into the shoes. Giving them a check during the 20-minute process is also worth doing. Then it’s a matter of taking a seat, dialling the BOA up to a firm – not tight – tension and waiting for them to cool down.

After many years spent in plug boots as a ski racer, my feet bare the bone spurs that result from shoving your trotters into plastic tubes two sizes too small but have been stretched with a hydraulic press and dremeled just enough so that you can survive in them – man do they ski well. 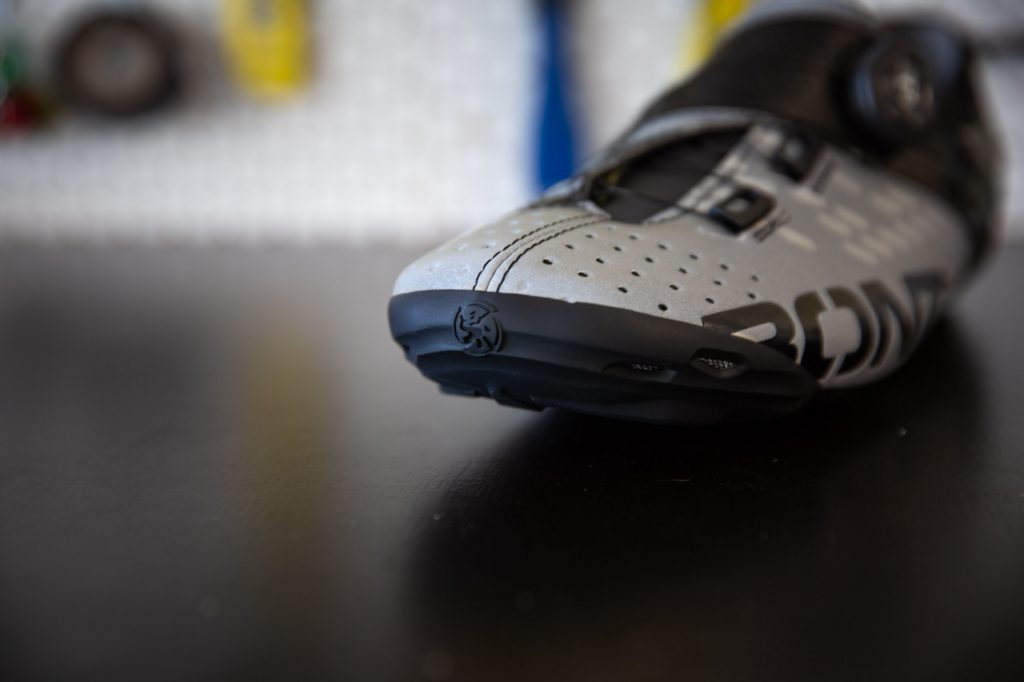 Because of this, I often need extra room around the head of the fifth metatarsal and have even resorted to putting a slit in some high-end road shoes to relieve pressure in the area. Initially, with the anatomical forefoot shape and lateral support, the upturned edge sole caused a pressure point. After two trips in the oven however, I’m in foot heaven.

Another leftover from years of ski racing are some substantial knee cap alignment issues, meaning I need to take extra care to make sure my feet aren’t over or under pronating as I pedal. If my knees aren’t tracking straight, hours of repetitive motion leaves me in significant pain. As of late, the best solution I’ve found is to use the Giro SuperNatural fit footbeds with either the Medium or High wedges depending on the shoe. In the Helix however, with support built into the sole and anti-stretch upper, combined with heat moulding I am able to make my knees happy with just the stock footbeds.

A large part of this comes back to Bont’s focus around last design which includes structural medial longitudinal arch and lateral forefoot support to provide the knee with clean tracking throughout the stroke. 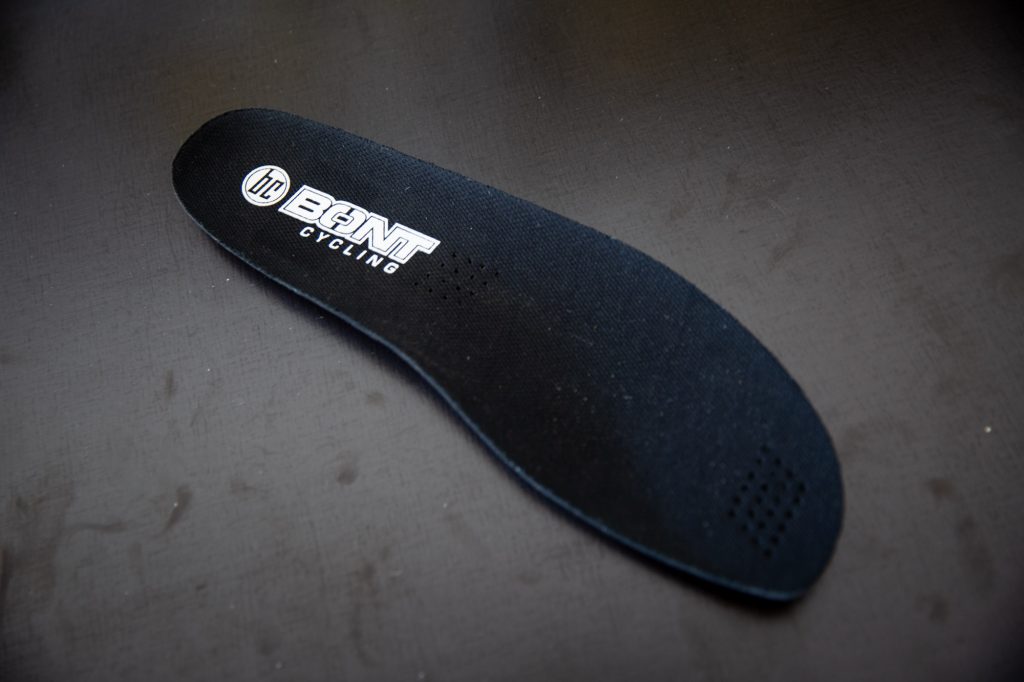 Bont has devised a clever system for routing the BOA cables to wrap in a ‘Helix’ pattern (hence the name) around your foot using only a single dial. The cable runs underneath the sole to tighten the entire shoe evenly as the dial is turned. 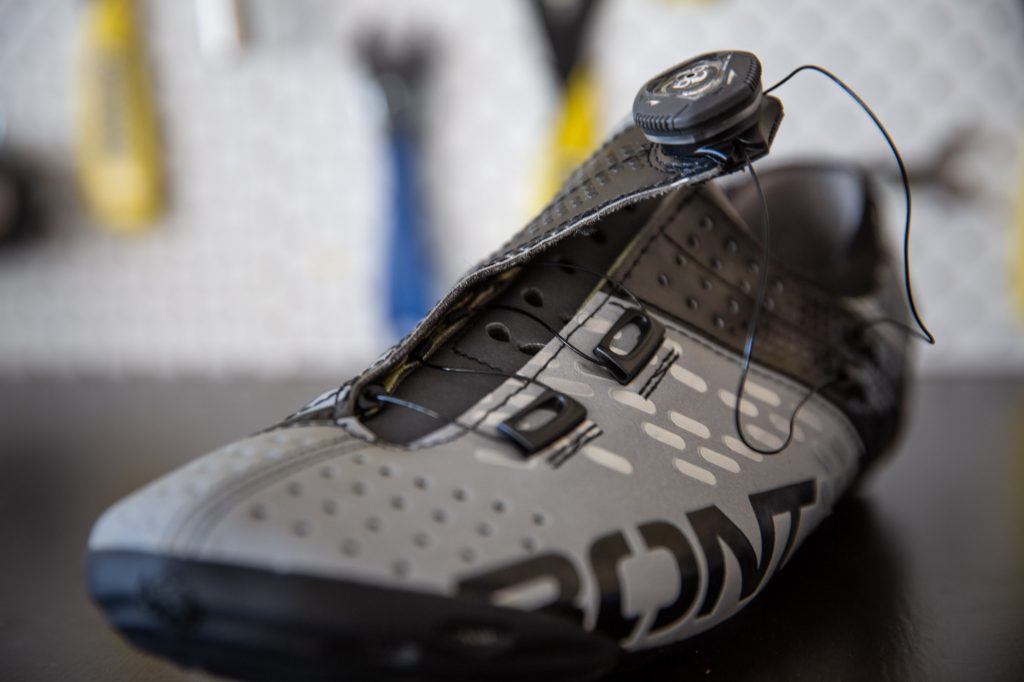 On my test shoes, there is a bit of friction as the cable passes through the housing under the sole and the ankle would tighten up well before the forefoot. I found the best way to combat this was to over-tighten the BOA by two or three clicks and back it off. This would create enough force to overcome the resistance in the housing and allow the tension of the cable to equalise throughout the shoe. This is likely to loosen up over time, according to Bont and other Helix wearers.

The Helix strikes a weird balance of a locked-in feel with room to wiggle. By that I mean your heel – largely thanks to the heel cup design, ankle and arch feel firmly planted in the shoe no matter how hard you’re stomping on the pedals. There is no energy lost to your foot moving around inside the shoe. At the front however, there is welcome space for your little piggies to breath with the anatomical forefoot shaping helping to combat any tingling or numbness that can come when your feet begin to swell after a few hours on the road. 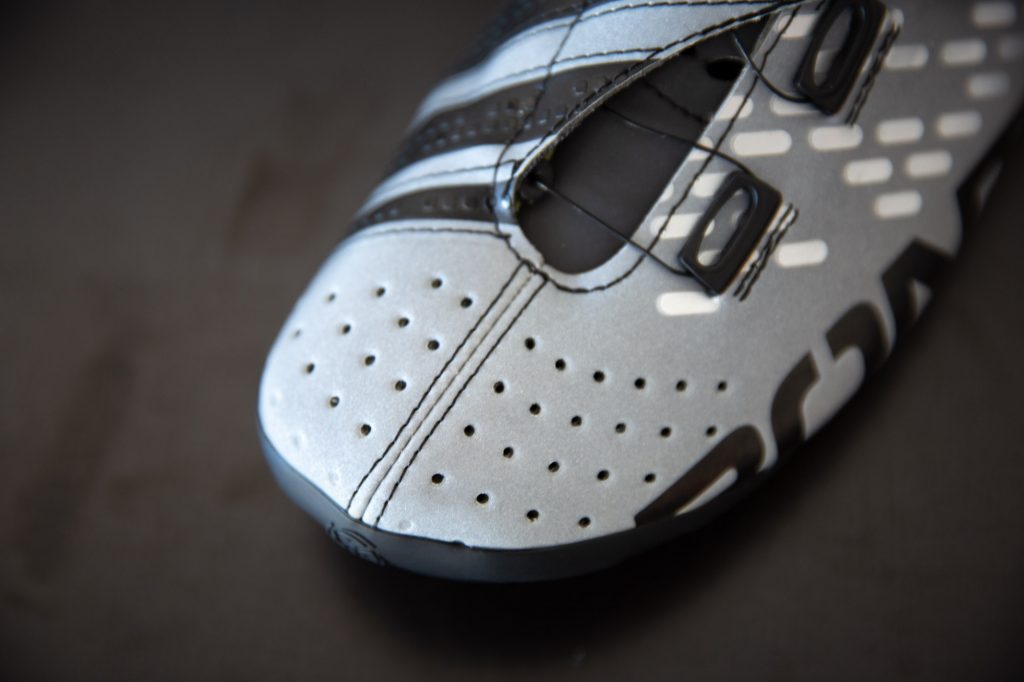 When it comes to the sole itself, Bont’s unidirectional carbon plate is the gold standard in stiffness and there is no flex or loss of power to be found here. None at all. The downside to such a robust sole is there’s quite a bit of road vibration that comes through to your foot. For some, this can mean a substantially ‘connected’ ride which can be alleviated with a more substantial inner sole.

In spite of its stiff-as-a-plank nature, the sole is paper thin with a stack height of just 3.6mm. As I ride with Speedplay cleats and pedals, I wasn’t able to reap the full benefit of being directly on top of the pedal – though a four-hole Speedplay version of Bont’s top-end shoes can be special ordered at no additional cost. The Helix Reflex and standard Helix are available in traditional three-hole cleat drilling while the Vaypor S, Vaypor+ and Zero+ are available for Speedplay – with a four-hole base – for loyalists like myself. 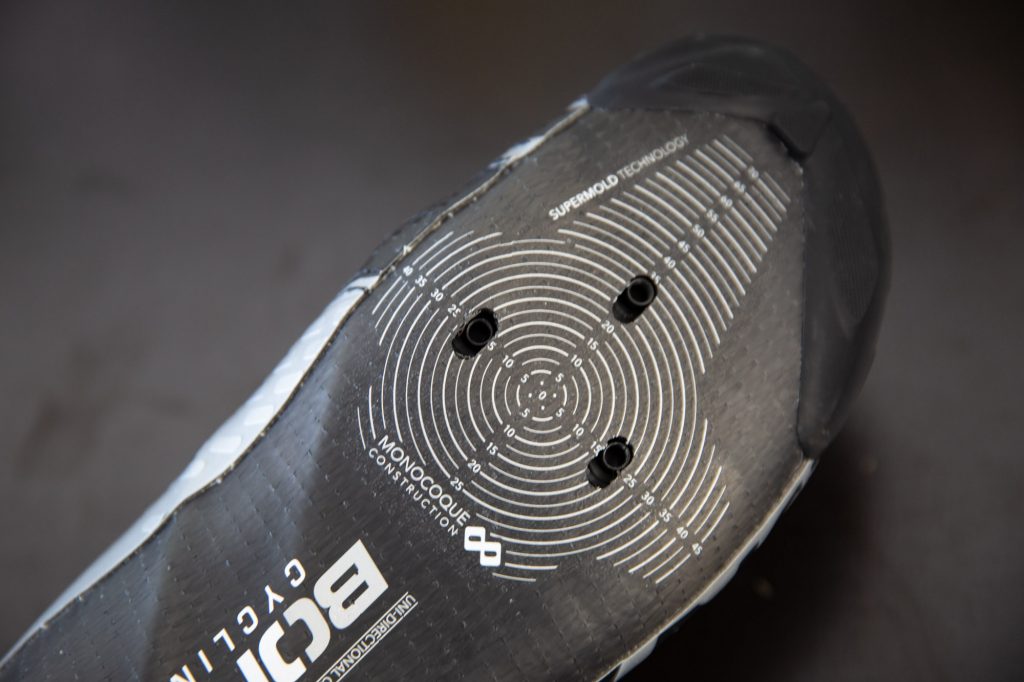 There is no question Bont make some of the finest shoes on the market but the Helix won’t be for everyone. For set and forget type riders, the time and effort it could take to achieve the full comfort available may be a turn-off and for $530, the Helix also sits at the top-end of the market along with two other models in its range which sit around the $500 mark. If the heat-mouldable sole and anatomical last design peak your fancy, but the $500+ price tag elevates your blood pressure by a few points, Bont does make a few more budget-friendly options like the Riot buckle ($159, featured in Cyclist #38) or the previously tested Blitz.

With the replaceable toe and heel bumpers, high-quality materials, and of course the customisable and anatomical fit, the Helix are meant to last and with that, the cost stacks up against others in a similar category. Get them right and you are not going to be replacing these kicks anytime soon. 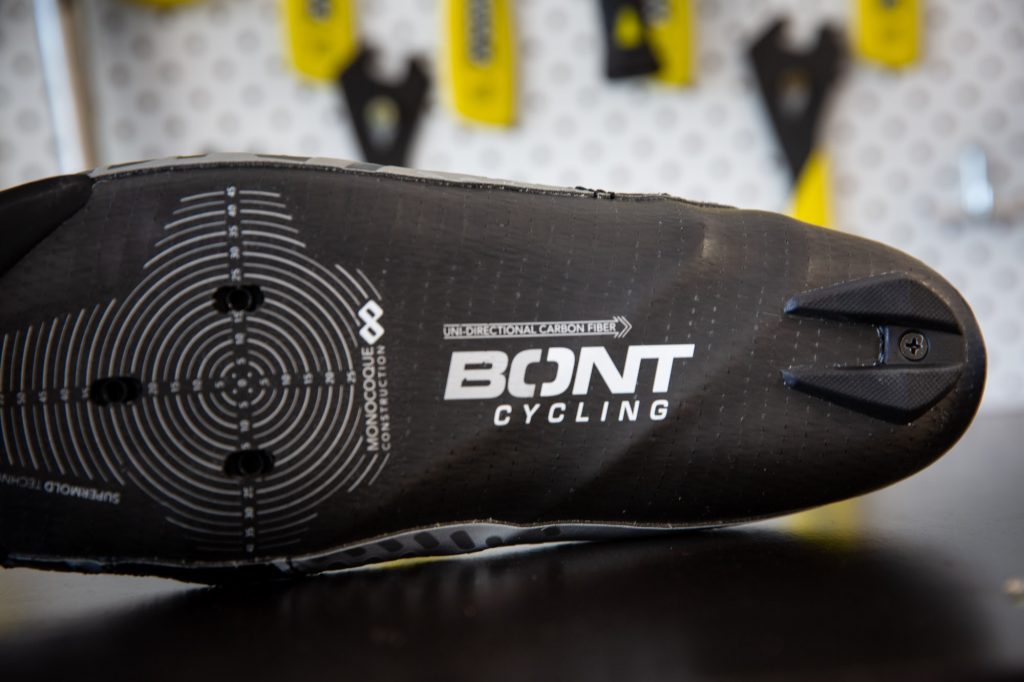 The Helix is also available in six standard colour options, $530

Head to Bont Cycling for more details or jump across to Australian distributor Echelon Sports to find your nearest Bont dealer. 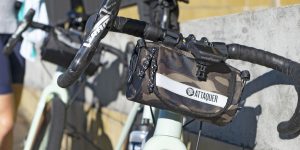 FreeThePockets might not garner quite the attention as other popular hashtags but the Atta...