According to Orica-GreenEdge director Matt White, the team rode Paris-Roubaix exactly to plan on Sunday and for anyone who watched the race, they were marked and present when the final big selection was made. But when the dust settled inside the Roubaix velodrome the squad had to accept they didn’t achieve the result they had discussed during the pre-race meeting. Watch how it unfolded from the eyes of the Backstage Pass. 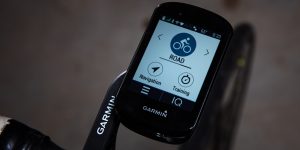 The Gamin Edge 830 is a powerful and feature-rich GPS computer and is packed to the brim w...