This year’s Goldfields Cyclassic proved itself every bit as unique and even more intriguing than we could have imagined. Cyclist was eagerly awaiting this year’s edition and it delivered.

Whilst most of the eastern seaboard were feeling the first nips of winter biting at the fingertips  during the weekend’s rides, the cousins in the west were crowning a new winner to one of the longest running races on the continent, a rider to join the likes of Caleb Ewan and Luke Durbridge, among many others, on its leaderboard.

But first the bizarre. Shocking the WorldTour, back in 2016, Jack Bobridge, announced his retirement whilst reigning as national champion. Many thought Jack’s race days were over, that is until he pinned on a number for the Goldfields. Even more baffling was his D Grade start.

Back to the racing and to 2011, Michael Freiberg had won Commonwealth Games medals and was pulling on a UCI world champions jersey in the omnium. Back in Western Australia, Steele Von Hoff was breaking records in the Goldfields. In 2012 Freiberg missed Olympic selection so he built a business, created a training device testing it with Andre Greipel, Mathew Hayman, and Adam Hansen. Fast forward to May 2017, Michael Freiberg announces a comeback, signs with Australasia’s best Continental team, a month later he wins the 89th Chas Egan Memorial Race and is crowned overall winner of 2017’s Goldfields Cyclassic. There’s never at dull moment at the Goldfields Cyclassic.

A tale of two races

In Goldfields fashion it was a fast few kilometres, even with a 40 minute delayed start on the ‘limit’ A-grade impressively took control of the field, until 15km to go when Freiberg and Satalyst Verve’s Bryce Langdon broke away. The pair held an average speed of 45km/h through the whole race to keep the field at bay, with Theo Yates bringing the bunch kick home for third. Erin Nolan was the first female home ahead of Kylie Anticich and Corrie Fillmore. With $40,000 on offer no one was expecting a slow race and this year’s field definitely prepared with a very low casualty rate of the 100 entrants. 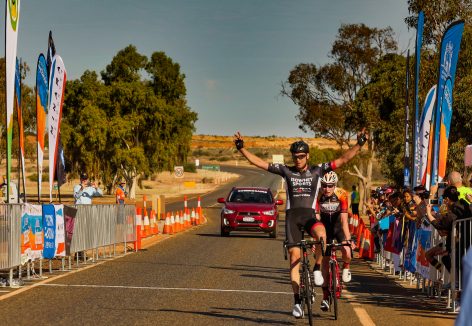 The next morning proved everyone had just warmed their legs for the finale, according to Theo Yates “the first 50km were so fast, over 50km/hour for the whole time. Even when we were catching grades there was no slowing down… it was just full gas”. “It was very difficult to catch B Grade, we didn’t actually catch the them for quite a long time,” Freiberg’s concern didn’t seem to show when he attacked at 10km out, the threat was noticed and teams wasted no time reeling him back. He didn’t seem weakened and launched a second attempt at 3km to go, just to be caught in the last 150m – rolling in for a respectable 5th. Winner, Theo Yates’ performance on Saturday proved fortuitous today, his sprint nuance and relaxed nature paying off “I just hopped on a wheel and coming into the finish jumped off the wheel”, easy as that.

Anna Heitz, fastest female, felt the pressure a little more coming into Leonora “10km from the end was a bit difficult… I was getting a bit tired. There was a kind of a railway line that was coming across the road, I don’t know what it was, but I bounced and then I came down with my chest on the handle bars and just hit the dirt.” The adrenaline kicked in and “everything still worked, my legs still worked, my bike still worked, so there was no excuse to stop so I just kept going. I thought my race was over, my seat post was dropping down so that didn’t really help,” but she managed to nurse her way in to take the win. 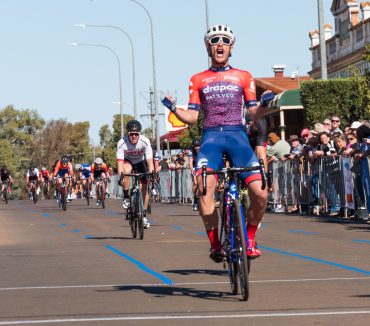 “It’s absolutely fantastic to be signing with this new team Isowhey Sports, the equipment, the Cervelo, and all the stuff we’ve been given is absolutely fantastic. Its really held us up out there today and we’re off to Korea on Sunday.” Freiberg seems refreshed and ready for the next chapter of his career.

Stay tuned for the 2018 Goldfields Cyclassic… 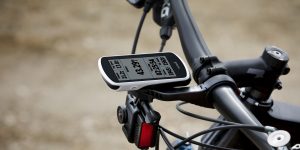 With a screen size that rivals the company’s first foray into the motor vehicle GPS ...