Regular programming resumes at the Crocodile Trophy today as riders took on Stage 3 from Ringers Rest to Wondecla. An Aussie would hand over his overall lead and a South African would take his place.

After three days of racing, the Crocodile Trophy has a new overall leader with South Africa’s Alan Gordon pulling on the red jersey at the end of a tough day for the entire field. Bart Classens took his second stage victory in as many days and after capturing the stage win with minutes in hand, the Dutchman is very much back in the overall hunt.

Overnight leader Michael England dropped to second overall and after a quick chat post-stage, the former road professional seemed almost relieved to start tomorrow with a little less pressure. Brandan Marquez Fernandez showed little signs of wear after taking a bad fall yesterday and crossed the line in second place to also put him back in contention for the general classification.

Angelika Tazreiter enjoyed another impressive showing by finishing 10th on the day to further extend her lead in the Women’s category. If not for a puncture during yesterday’s stage, the Austrian would be oh-so-close to pushing into the top-10 overall.

It would seem I jumped the gun yesterday when I stated I’d be spending plenty of time with Bram Saeys and Lukas Kauffman over the coming week. The two seem to be getting stronger every day. Such was the difficulty of today’s final 25-odd kilometres that time gaps were much larger than expected. Today’s top-20 riders were separated by nearly an hour but my feeling is that tomorrow’s Queen Stage may spread that same group over more like two. 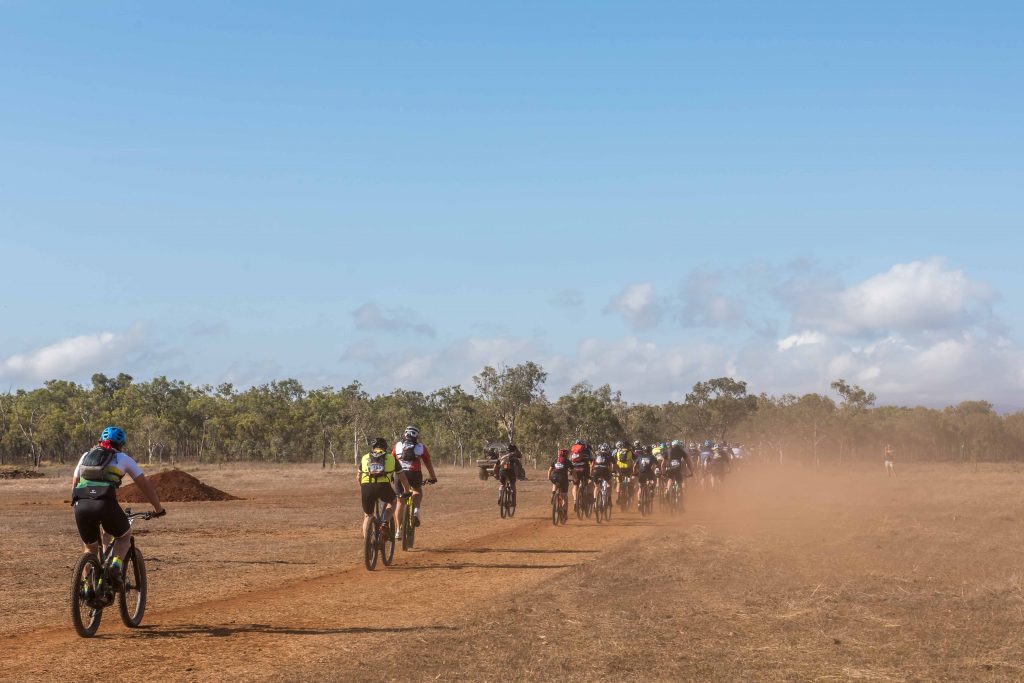 It wasn’t long after the stage that I ran into the Astute Financial Racing Team duo of Bart Duraj and Brendon Skerke. Bren, the course designer for the 2019 Crocodile Trophy, has been doing a standout job of briefing us each evening on what to expect for the following stage.

Gradients, trail and road conditions, climb lengths, exposure points and things to watch out for out on track. Bren really has (so far) designed a stellar course but it’s fair to say not even the man himself expected the final 25km of today’s stage to be so difficult.

“It’s clearly been graded recently and that’s lifted everything up, it certainly wasn’t like that previously. It’s been so dry up here too which also makes things tougher,” said Skerke seconds after crossing the line.

‘You’re gonna have some people looking for you later tonight, mate’, I joked. 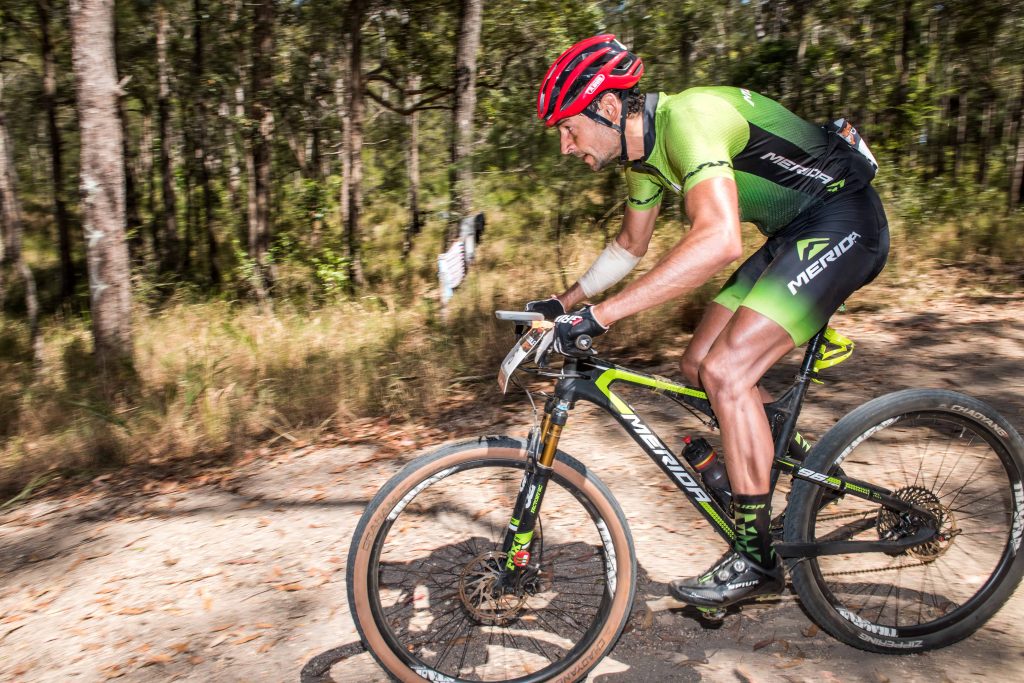 Final hour of riding aside, today’s course offered something different from the first couple of days with a long stretch of rail trail providing a more steady start before heading into the Atherton MTB Park.

For a little over an hour, the front group worked well together as we faced a stiff head wind towards Atherton. Upon reaching Atherton, I took it upon myself to lift the pace just enough to ensure I entered the singletrack in first position. Sadly we weren’t in there for quite long enough but the twists and turns did the job to thin out the group a little more ahead of Mount Baldy.

At this point I decided not to go into the red and instead ride my own pace to the top of the 8km climb with an average gradient of around 10%. I knew I’d lose some time but with still so many kilometres to go before our final arrival in Port Douglas, this year I’m riding the Croc with far more enjoyment and tranquility than I think I’ve ever experienced at a bike race. It’s amazing how just a little easing of the effort can turn things around. Even at the end of today’s stage I was hopping off small bumps and just generally reminding myself that you do this cycling thing for fun.

Helping to create – in my opinion – Australia’s best cycling publication (print and online) is what I do for a living. 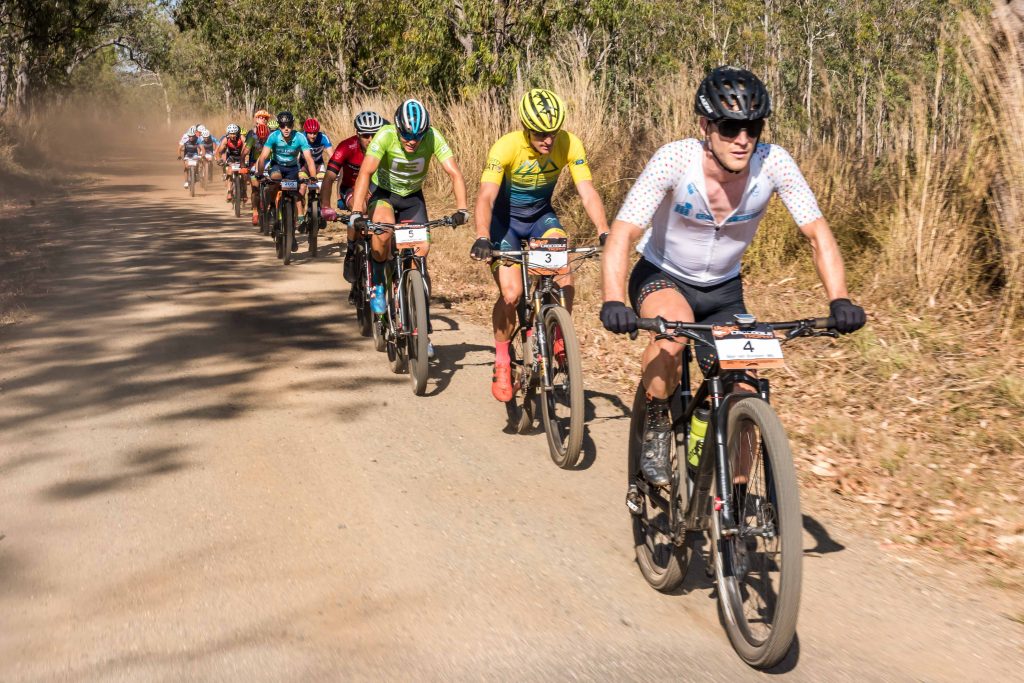 Tomorrow marks Stage 4 and by the evening, the halfway point of this year’s Crocodile Trophy. The only thing in our way is the Queen Stage, a proper marathon that at a guess, will take someone like myself around six hours to complete. The stage profile is a saw-tooth and with just under 100km and around 3,200m of climbing (I think it’s going to be more), it’s going to be one helluva day.

I know this because the first 25km are the same as the final 25km of today but we’ll be doing it in reverse. Three feed zones also mean that organisers expect us to be out there for a very long time and if local Atherton man Steve Kilpatrick (keeping reading below) is to be trusted, “tomorrow is a bit much”.

That’s all I really know for now. Anything else is just a feeling. 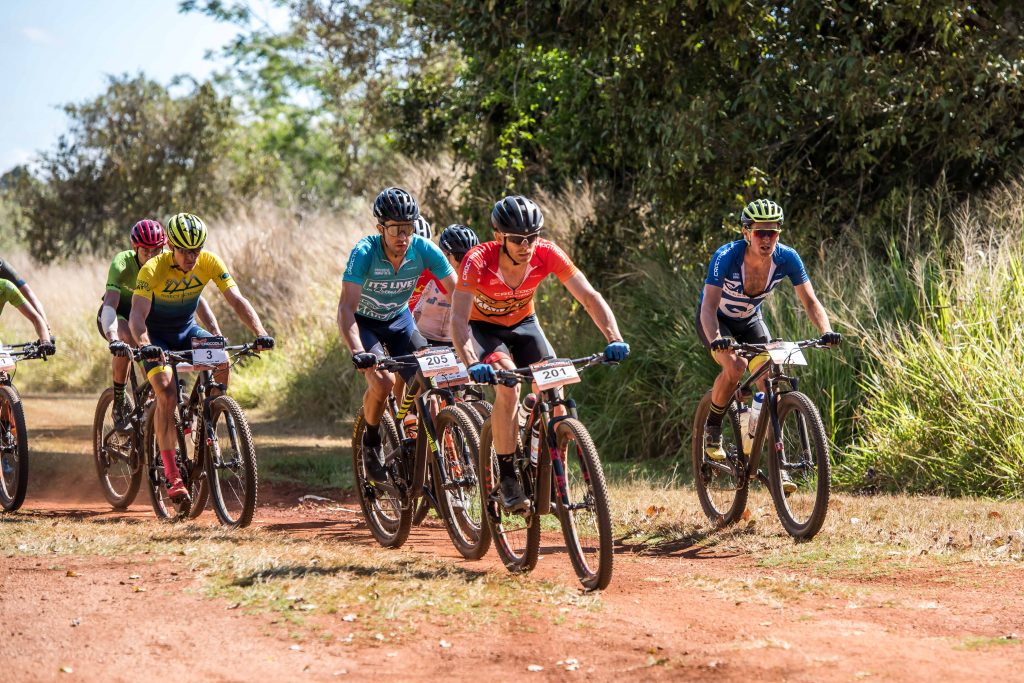 Events like the Croc are really not about what happens at the front of the bunch. Yes, there’s a race going on and leader’s jerseys are handed out but for the majority of entrants, it’s about making the finish each day.

In road races, they have a broom wagon that drives along picking up riders who have been dropped, injured or have simply given up. At the Croc, it’s impossible to get vehicles into all the trail sections and that’s where sweep riders come in.

Steve Kilpatrick is one of those responsible for marshalling along course and also helping those right at the back of the field. But Steve and his two pals are doing it a little differently. They’re on e-bikes.

“Peter McNally has been involved in the Croc for ages and he’s told me I should do it,” explained Steve shortly after he rolled in hours after Classens crossed the line.

“Being from Atherton, I’ve always wanted to do a part of the Croc and this has been the perfect way to experience it. I’ve ridden the full course for the past three days and have really enjoyed helping those at the back.

“Today, I departed Ringers Rest early and got to really blast it down the rail trail to my first marshalling point. There are three of us so we just need to manage a few different spots and bring up the rear.

“The heat is tough for a lot of the field because they just aren’t used to this climate. You gotta force yourself to drink. I was out there for over nine hours but I only have four and a half hours of ride time. I got to have a bit of fun too,” he added while showing me a fresh wound from the day.

Being a local, I asked Steve about tomorrow’s Queen Stage and if he was planning on riding the whole 98km course that contains at least 3,500m of climbing.

“I’m not sure about tomorrow because I know what’s in store and it’s a bit much. We’ve named first bump on the profile “$10 Hill”. If you can get to the top in one push, you get ten bucks. No one has won the prize yet.” 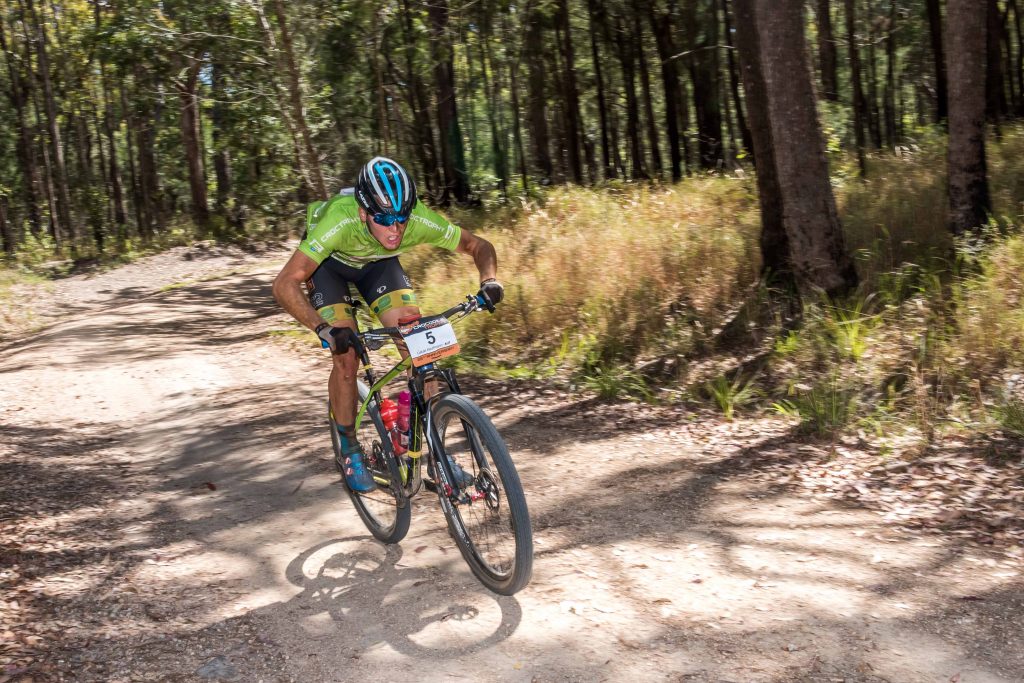 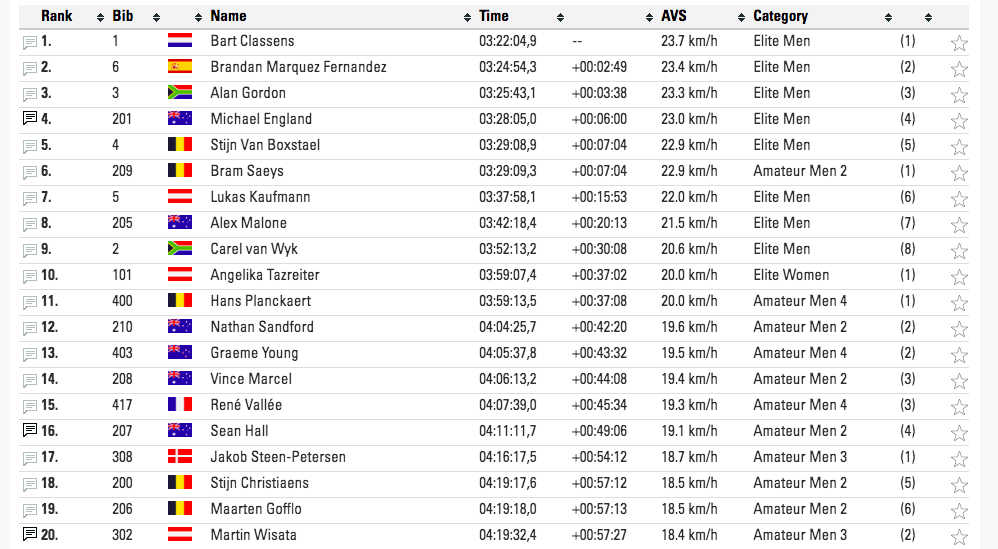 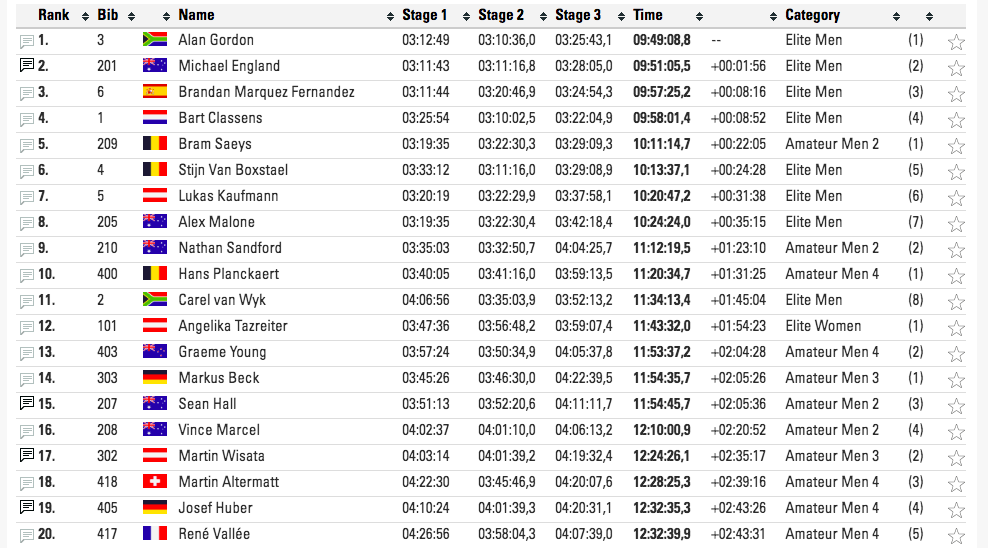 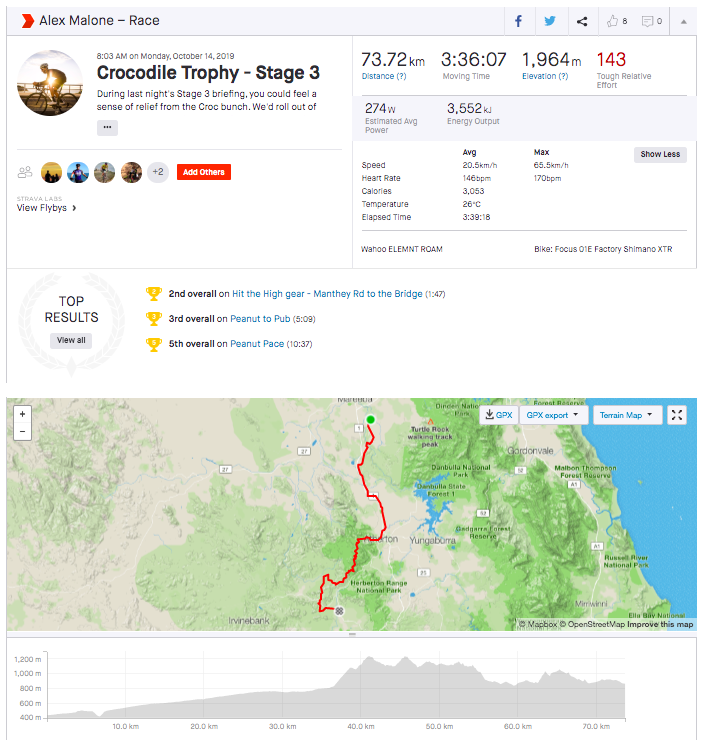 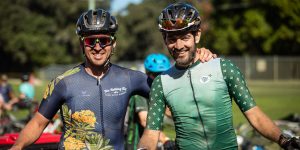 Freed from the menace of mechanicals that plagued them on Stage 1 , Thomas and Richie sett...