A bike claiming to be 1,000% more comfortable than its predecessor? That’s either a typo or a massive leap in engineering – especially when that predecessor happens to be the Specialized Roubaix. Smoother is faster, so they say…

The latest Specialized Roubaix Expert UDi2 arrived at my door not long after the global launch. The Ultegra Di2-equipped model sits second in the line-up. The only modification I made was to increase the stem length to 130mm. The most notable feature is the Future Shock. On a basic level, it’s a piston that sits inside the head tube. There’s 20mm of travel and three firmness options – I chose the medium spring. All three springs are included. Surprisingly, the presence of the shock isn’t that noticeable when just riding along, but I found bumpy corners far smoother than on my Tarmac. It allowed me to point-and-shoot, looking up and around the corner, instead of down and into the corner. 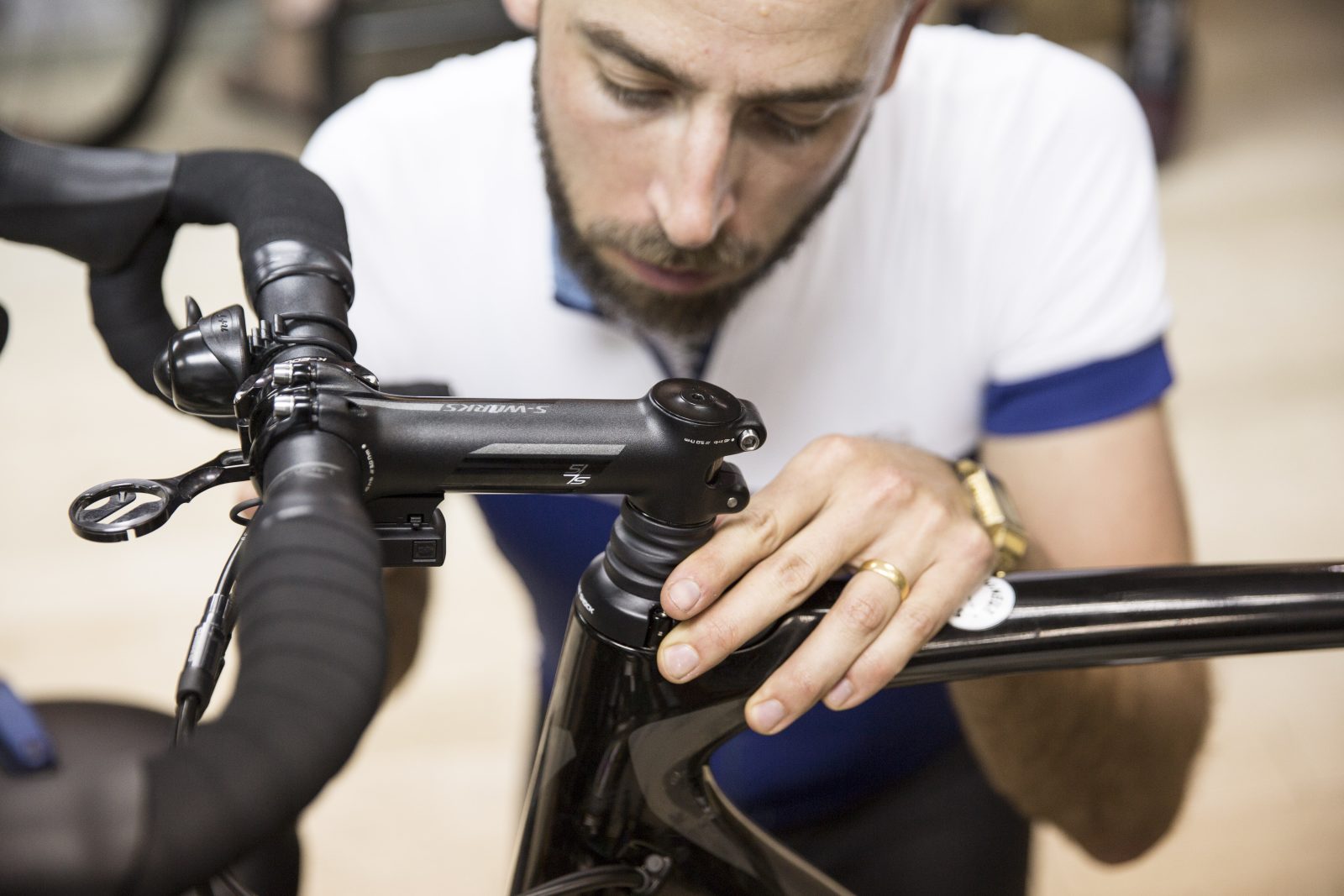 It was particularly useful in Hong Kong. It’ll be interesting to see how if fares in its natural environment of northern France for Paris-Roubaix – if the disc ban is lifted. The build rolls on DT R460 wheels wrapped in 26mm Turbo tyres. Another cool feature is the SWAT box, a neat integrated but removable storage unit situated down near the bottom bracket. It houses a tube, levers, CO 2 canister, multi-tool and even a cute little money clip, complete with a fake dollar bill. 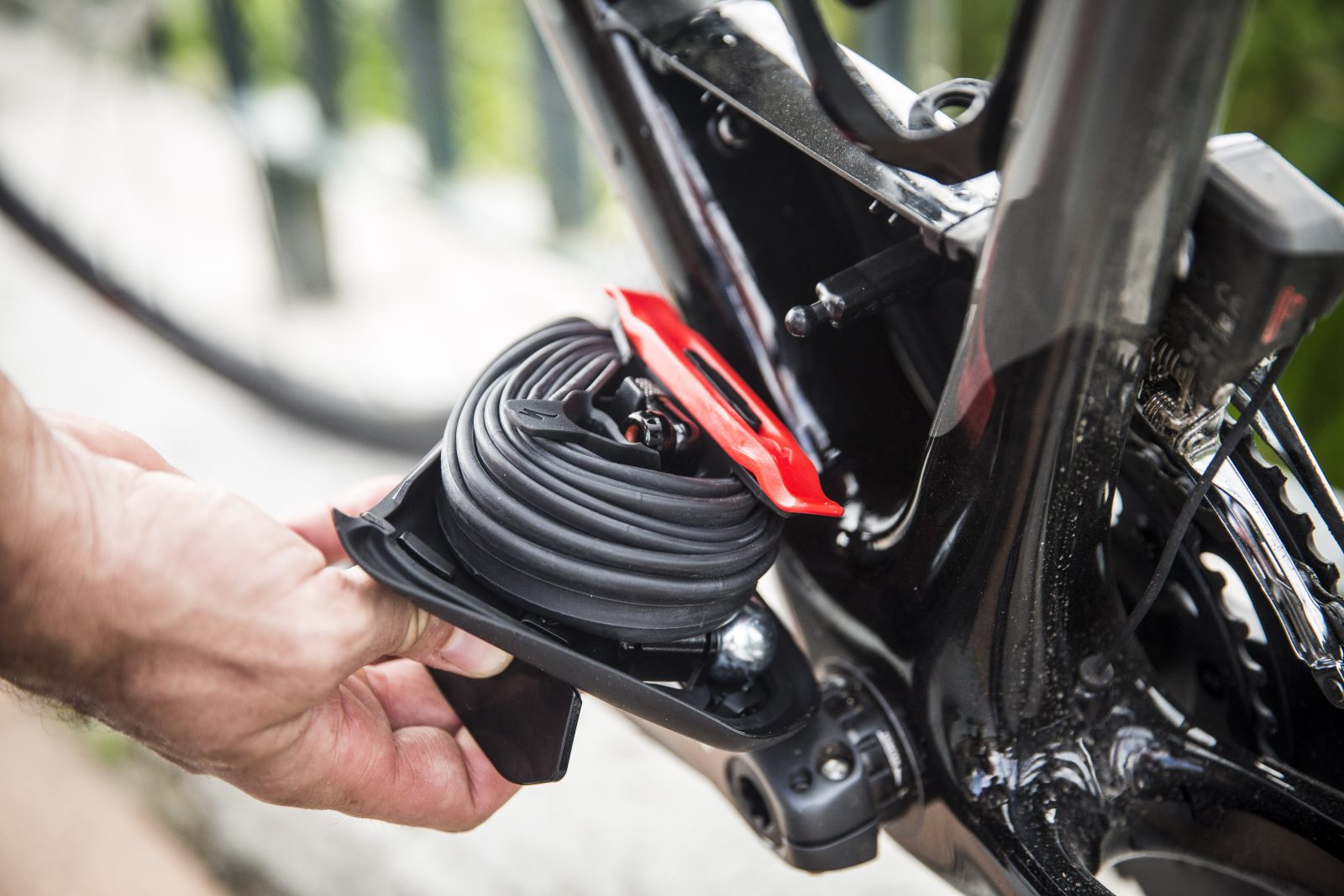 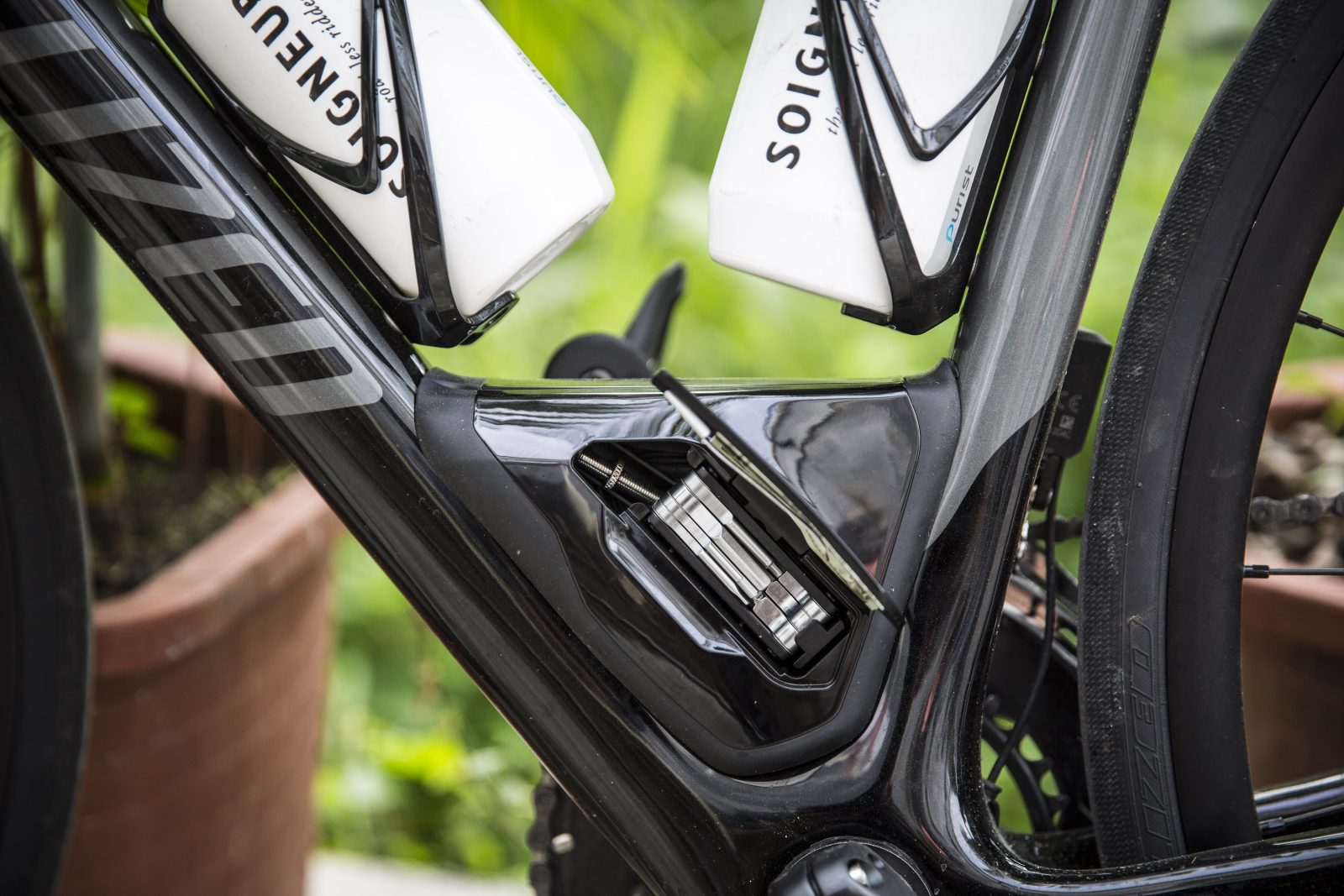 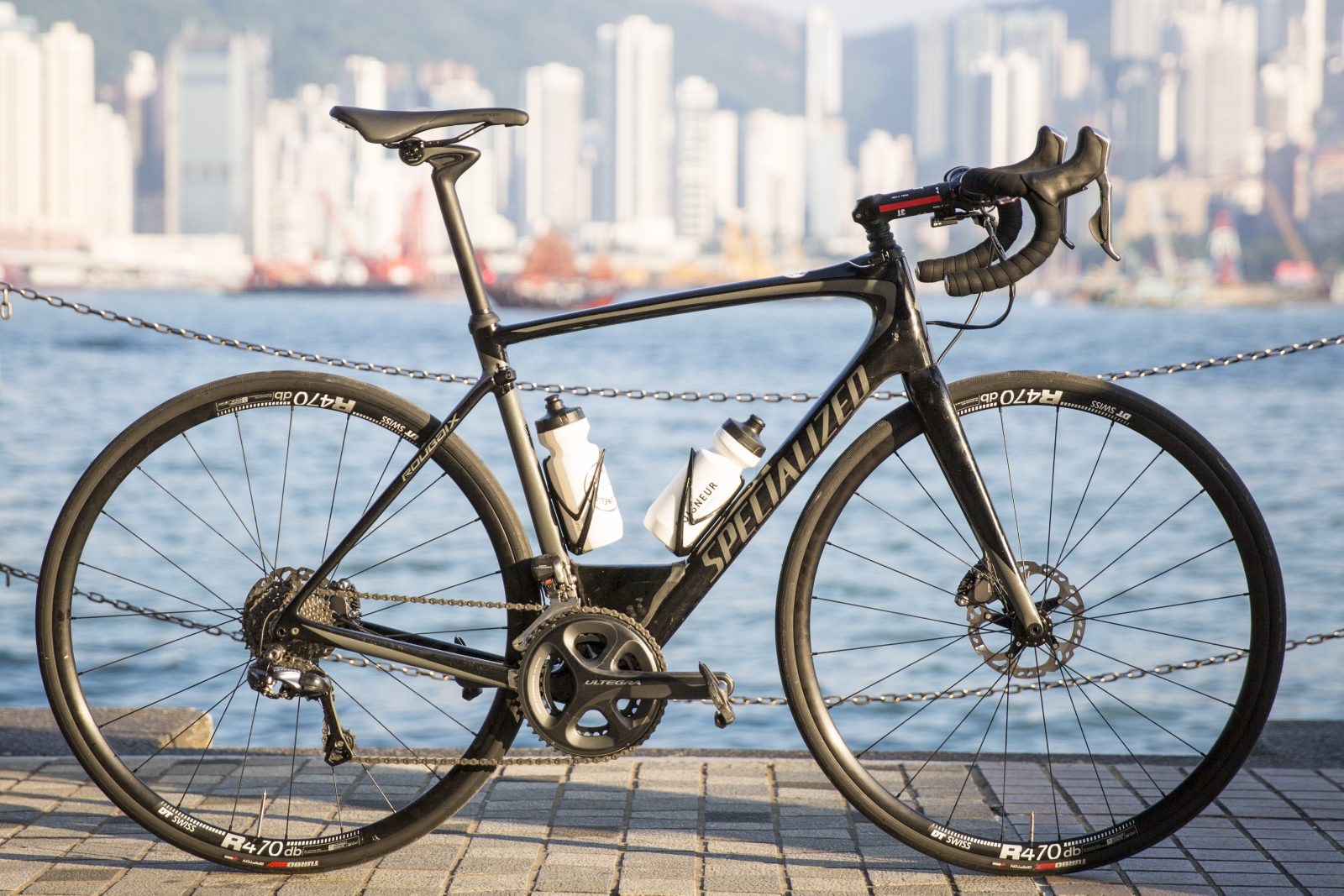 Catch the Rouabix in full flight by picking up a copy of Cyclist #24, on sale from December 9.

The Specialized Roubaix launched in 2003 and to date has taken top spot at the event it’s named after an impressive five times. But nothing lasts forever, so just over two years ago the engineers at Specialized began to ask, ‘What’s next?’

There was a general belief among the team that ‘smoother was faster’, but by their own admission they had no way of quantifying that, so they turned once again to their partners at McLaren.

‘Taking precise measurements is something we’ve been doing in F1 for a long time,’ says Duncan Bradley, design director at McLaren Applied Technologies. ‘You need to be able to understand every part of a full system before you know what changes to make in something as complicated as a car or a bike. We went a little bit further than just collecting data, as data without insight is useless, so we built a computer model of a bike and rider.’ 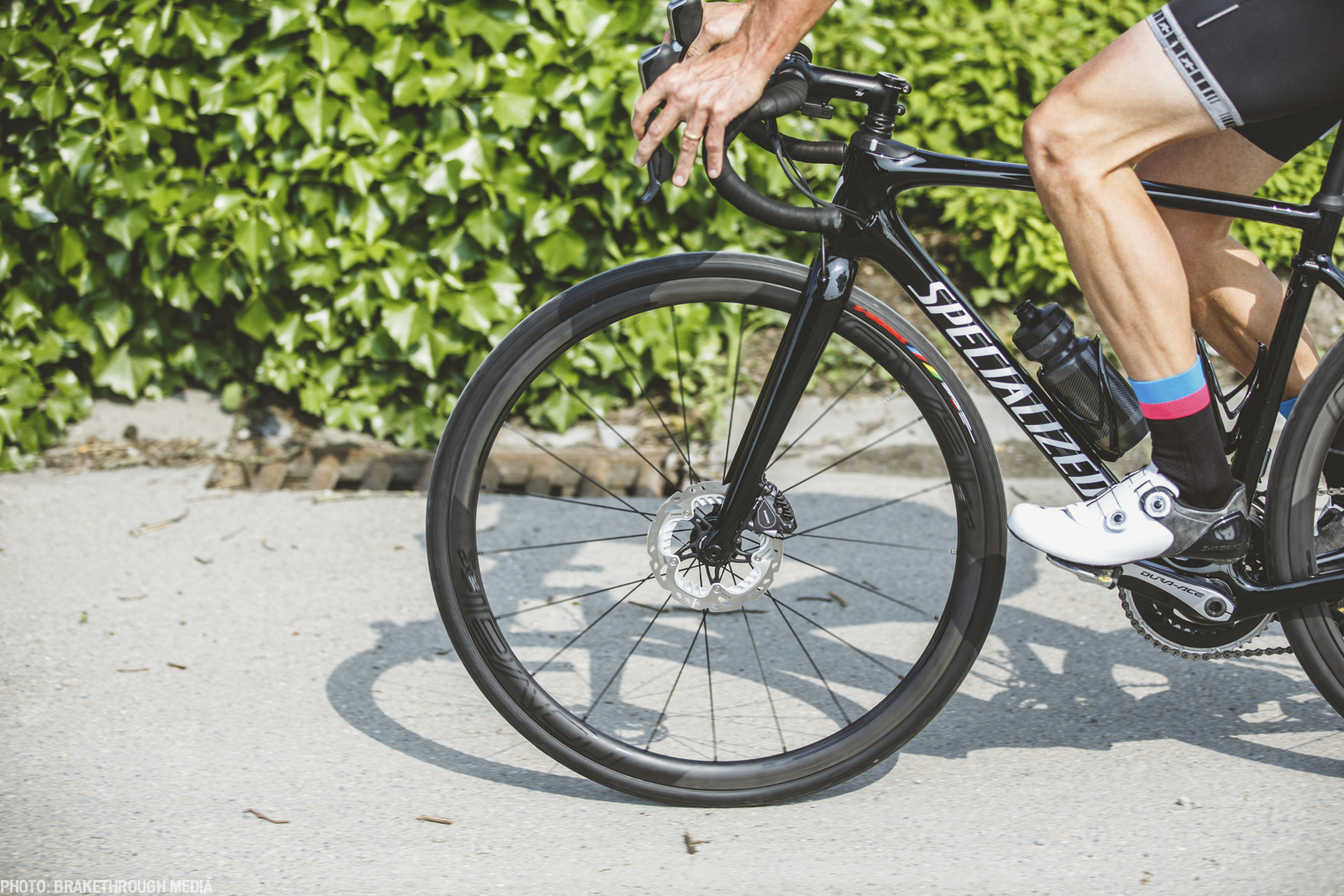 The beauty of a computer model is that it can measure and replicate thousands of different inputs and component changes without the need to manufacture anything. The Roubaix project was remodelled ‘virtually’ more than 2,000 times, which meant that just six physical prototypes were required to bring the design to fruition.

‘Our model is unbelievably complex and it generates information that’s accurate to the real world,’ says Caleb Sawade, lead simulation engineer at McLaren. ‘We can change the stiffness of a steerer tube and see what effect that has on the torque in a rider’s elbow. We used a chassis dynamics rig to see how vibrations come through the bike to the rider. We used our wind-tunnel to match it with aerodynamic data, then added in the data from the tyre lab to find out what effect it has on comfort and rolling resistance. All of this fed into the model and increased the accuracy.’ 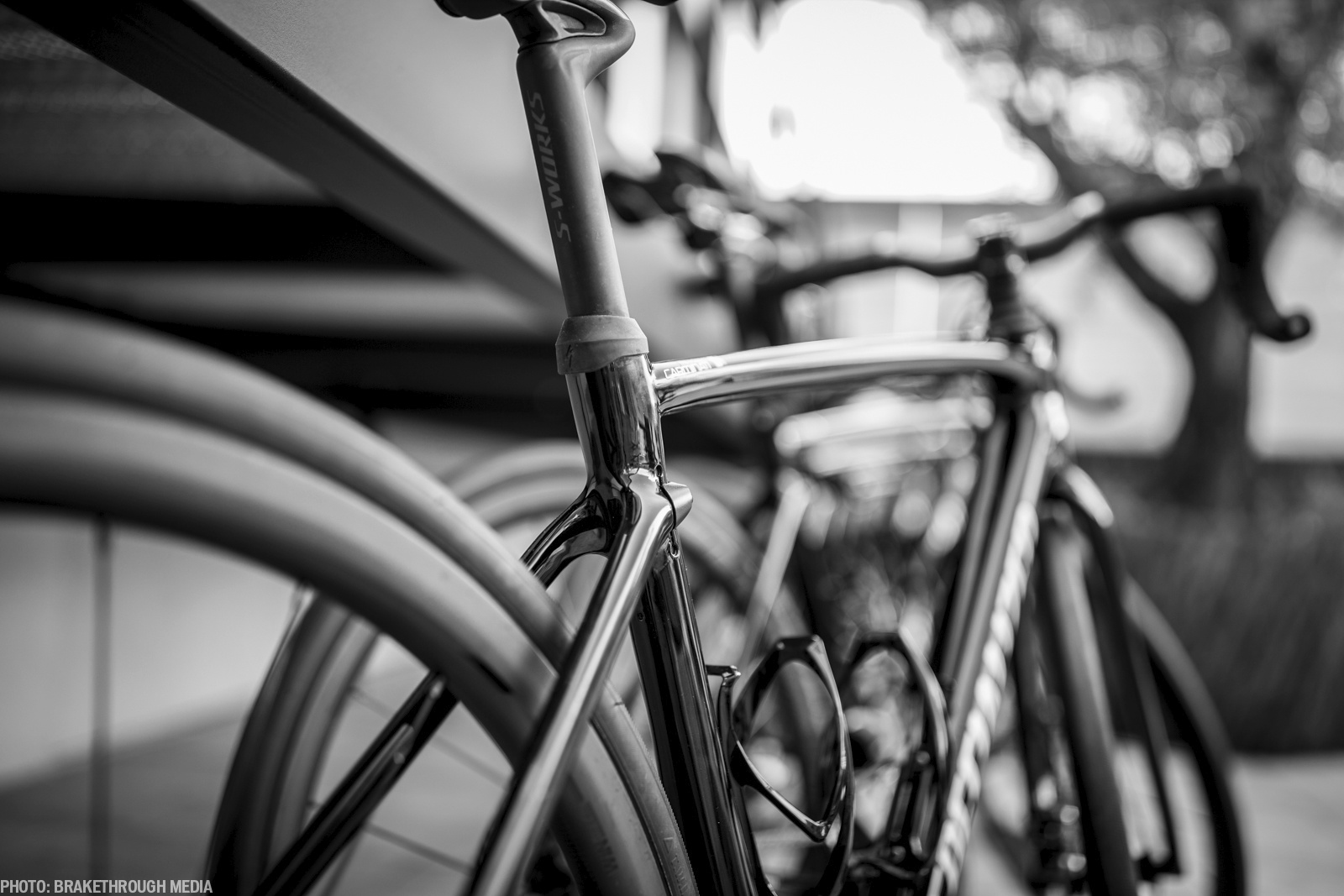 Back to the future

For Specialized, the study confirmed that smoother was indeed faster, but also that there isn’t just one kind of ‘compliance’. There are two: splay and axial. ‘Splay is the most common way we’re used to feeling compliance and it’s basically the bending [flexing] of an item, be that a fork, stem or seat post,’ says Chris Yu, head of applied technologies at Specialized. ‘We found that while the tangible feeling of something flexing is effective [in terms of comfort], it’s not the most efficient way, and so it’s not the fastest.

‘Axial compliance refers to something being able to move straight down [along its axis] in the direction of the input, and we found that not only is that more efficient at extracting smoothness [read: delivering comfort] it’s also more efficient when it comes to speed.’

Confused? Let us try to explain. Think about the most common method of adding suspension on a mountain bike – a regular telescopic suspension fork. This is the perfect example of axial compliance – the fork compresses directly along its axis when a force is applied, as opposed to flexing back and forth like a carbon road fork might to help reduce the amount of road shock a rider feels.

That brings its own problems, however – most noticeably unwanted compression caused by the rider shifting their body weight and pedalling, which robs you of speed. 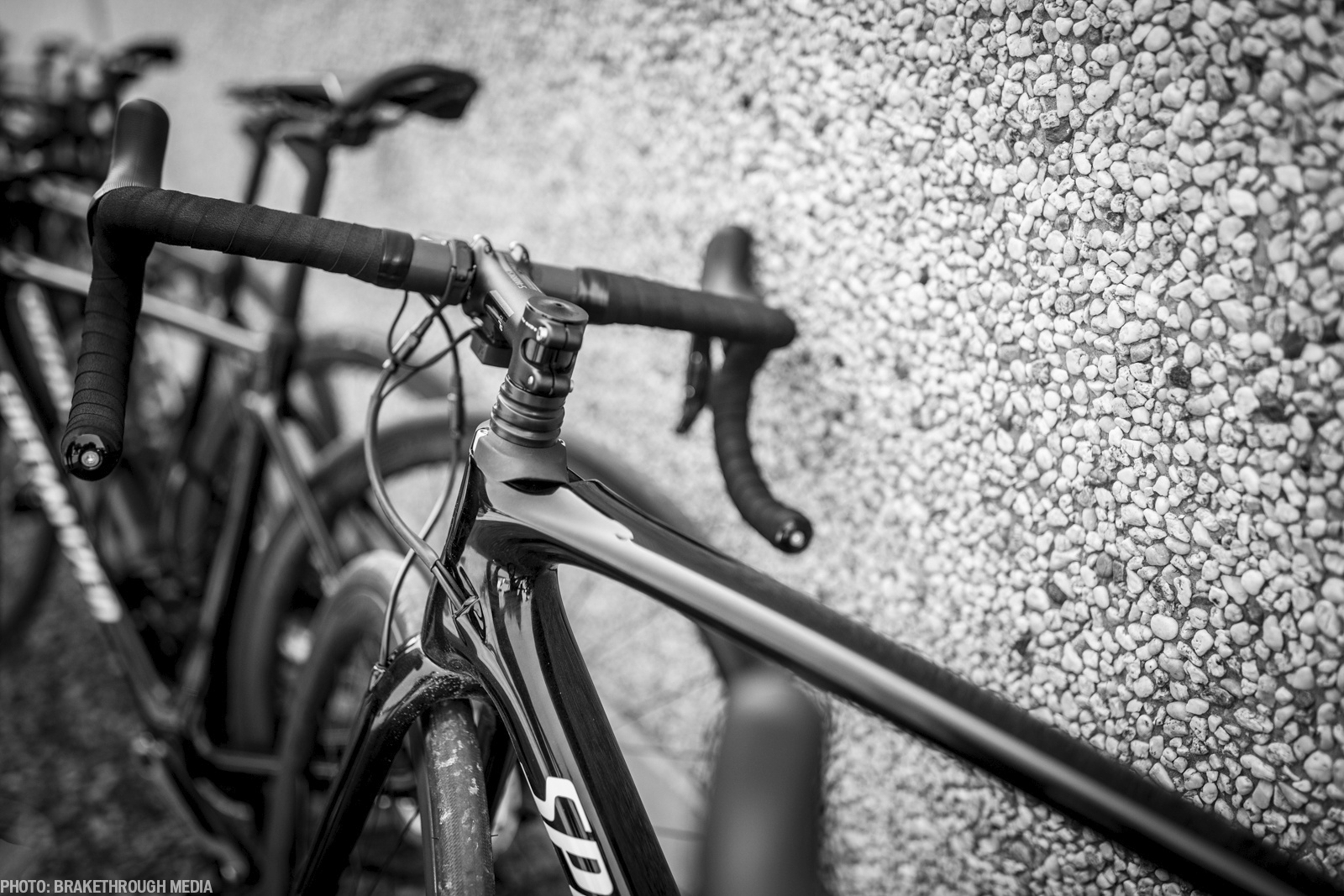 With us so far? Okay, so, through its complex modelling Specialized discovered that if you place the axial suspension unit above the head tube, rather than below, it’s no longer supporting the entire weight of the rider, just a small percentage of their upper body mass. Now you can exploit the benefits of axial compliance without any of the negatives caused by undesirable compression. And so, FutureShock was born.

The FutureShock is a steel insert with a coilsprung suspension unit that sits in the steerer tube. It provides 20mm of suspension travel, which Specialized claims makes this new Roubaix 1,000% more comfortable than the outgoing model.

FutureShock comes with three rider-tunable spring options, the idea being that these should be chosen according to riding surface, rather than rider body weight. The real beauty of FutureShock is that it contains no wiper seals, dampers or other sources of friction, so it’s fully active all of the time. If you run over a piece of paper, Specialized claims, FutureShock will move to account for it.

Specialized points out that not all splay compliance is bad, and it’s actually still preferable at the rear, as axial compliance here would alter the pedal stroke too much. Either way, this has been designed to be a race bike. The new frame geometry aligns more closely to the Tarmac than the outgoing Roubaix, and the frame is considerably stiffer. The fork has been lightened to account for FutureShock, so the overall weight remains virtually the same, and the whole system has spent time in the wind-tunnel to ensure it’s now slipperier than ever too.

The elephant in the room is the addition of disc brakes. The Roubaix has been designed for discs entirely top to bottom, and not a single bike in the range features callipers, which is fine for us consumers but should the UCI remain staunch on its ban it could pose a problem. 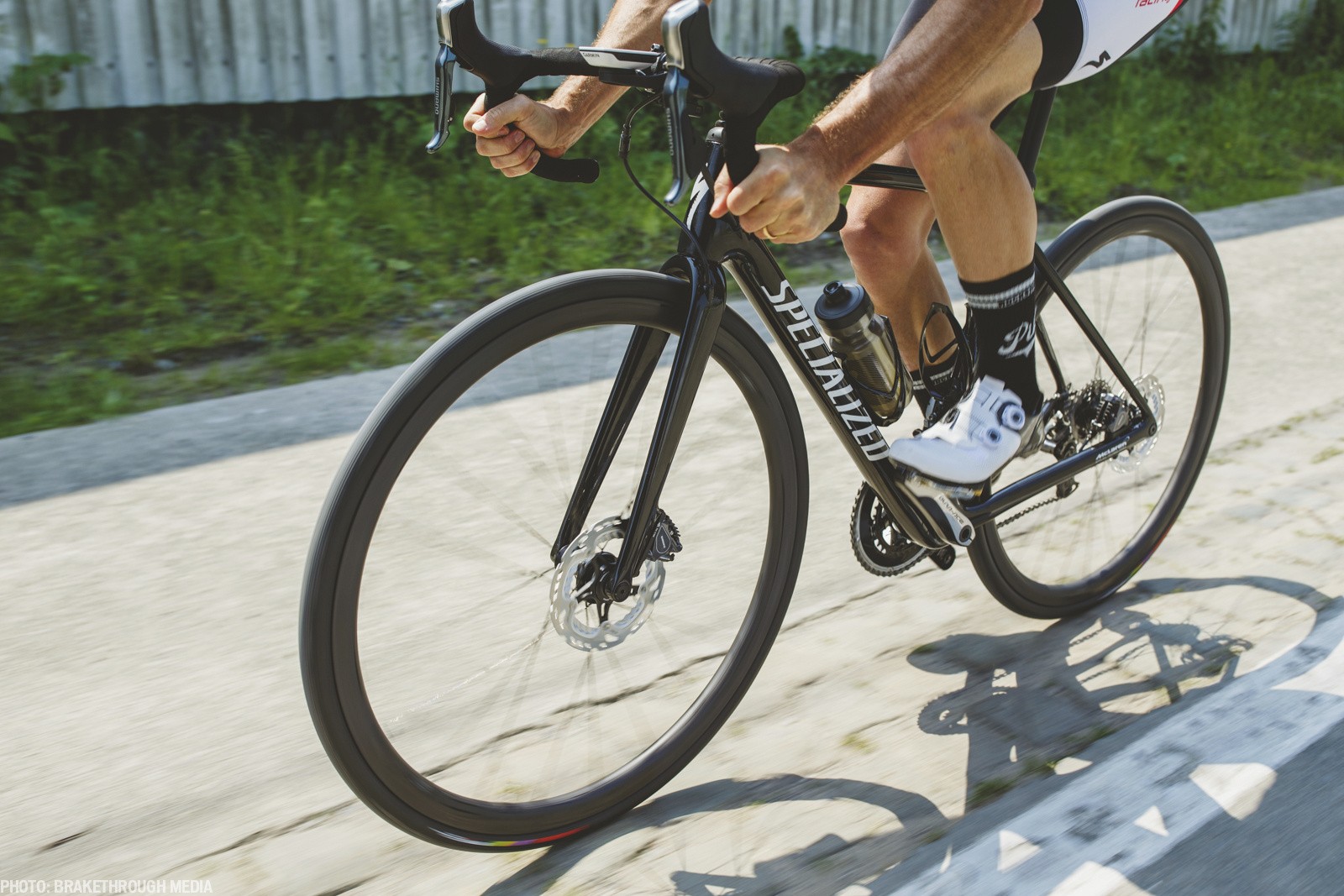 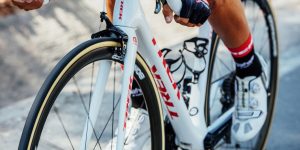 Alberto Contador was first seen on the Trek-049-RD, the UCI approval code is as understat...