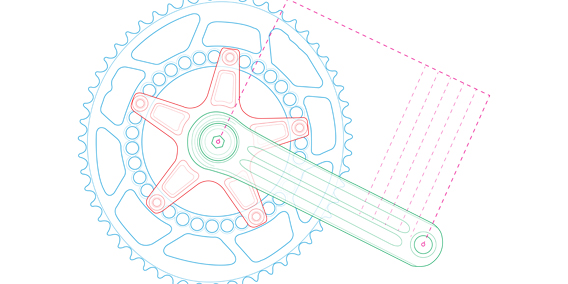 Will changing the length of your cranks improve performance and prevent injury? Cyclist investigates the long and short of it

Cycling is a sport of obsession. Whether it’s shaving a few grams from your bike, or tweaking the height of your seatpost, there are always small changes you can make in the search for extra speed or comfort. Finding the correct crank length is just one more factor to consider, but it’s a subject that has caused heated debates among techheads, and it seems there is little consensus on how to find the optimum length.

Once you start talking about crank length, you are wandering into the realms of mechanics, biomechanics, muscular physiology and the deepest enclaves of gear ratio geekery. Cyclist thought it was time to get the opinions of the experts, in an attempt to answer that common cycling question: ‘What length cranks should I be riding?’

The pursuit of power

The crank arm is a lever, which may conjure up flashbacks of highschool physics lessons. The natural assumption is that a longer lever will deliver more power as a result of increased leverage. However, that doesn’t really translate to the mechanics of cycling.

‘Crank length, within a reasonable range, doesn’t affect the absolute power output,’ explains Dr Auriel Forrester, who works with SRM as a scientific cycling analyst and coach (scientific-coaching.com). ‘On a long crank you do get a higher torque, but power is basically the average of the torque through the whole revolution, multiplied by cadence,’ she says. So if you increase your crank length you get more torque, but the fact that it takes you longer to turn the pedals (reduced cadence) means that the power delivered to your bike’s drivetrain remains the same. Note that Dr Forrester mentioned that power remains unaffected ‘within a reasonable range’. So what might that range be?

Dr Jim Martin of Utah University is one of the researchers who investigated the issue in depth around a decade ago, and is generally the most cited expert on the topic. For some, his findings are slightly deflating. ‘Through our various studies we found that the very extremes of crank length – 110mm and 210mm – were slightly less powerful than conventional sizing,’ he explains. ‘Crank lengths of 145mm, 170mm and 195mm made no difference for top-end power delivery.’

Most manufacturers provide cranks in sizes from 165mm to 180mm, so within normal ranges we can rule out power as a factor in selecting length. So let’s consider another factor: gearing. By changing your crank length, you change the overall gearing on your bike, but thanks to the technical wizardry of changeable gears, cranks really only have a small role to play.

Changing the crank length changes the gearing of your bike, but not much

Martin explains, ‘If you consider overall ratio – how much your leg moves relative to the tyre on the road – what’s really important is the ratio of your chainring to sprocket because those can vary over a gigantic range. Crank lengths, even of drastic difference in length, actually create only a small range of difference in overall gearing.’

That leaves only one performance factor to be considered – pedalling efficiency, and how different crank lengths might affect range of motion. Again, Martin’s findings play down any difference: ‘We found in a follow-up study, looking at the cost of producing power, or efficiency if you like, that there was no difference between crank lengths of 145mm, 170mm or 195mm,’ he explains.

Assuming that the research is accurate and that crank length won’t seriously hinder performance, we can look at whether increasing or reducing the length of cranks might make a difference in terms of injury prevention and general muscle movement.

James Hewitt of London-based bike fitter Cyclefit explains that cranks are often a focal point when analysing cyclists: ‘We often find clients who come to us with fairly limited range of motion [ie they have poor flexibility], and for those clients reducing crank length can result in improved comfort because their hip is operating within its range rather than being pushed beyond it during every pedal stroke.’

Being pushed out of that effective, and strongest, range of motion has a negative effect on the hips, hamstrings and knees. Short cranks, then, would seem to offer an easy solution to the perils of joint and muscular stress. ‘In most cases, we definitely favour going for shorter cranks,’ Hewitt says.

Then there’s yet another benefit to shorter cranks: attaining a lower position. Martin argues, ‘Shorter cranks could allow you to adopt a more aerodynamic position because you can get closer to horizontal with a more open hip angle, and you physically create space for the tuck.’ Such practice is common among time-triallists and triathletes.

John Dennis, bike fitter with Retül, has overseen this type of adjustment: ‘Triathletes have certainly migrated toward shorter and shorter cranks, mainly to try and keep the hips open while riding a lower position on the front end. Julie Dibens, when she did the world’s fastest bike leg by a woman in Kona [Ironman], was riding 165mm cranks.’

If someone has limited flexibility they will benefit from short cranks

In a sense, shorter cranks can also help power delivery, by putting the hips and legs within their functional and most powerful range. What’s more, as Forrester explains, ‘When the leg has to come a long way up it may pinch the iliac artery in the hip – the main source of blood flow to the leg, which will affect power.’

At Cyclefit, Hewitt demonstrates with the use of video footage how excessively long cranks cause more lower back movement and rotation of the knee. He says, ‘Sometimes we reflect what we see, and sometimes we correct what we see, so we can treat people and recommend exercises to correct tightness or inflexibility, but if we have a client with very limited hip flexibility who works 60 hours a week [at a desk, causing inflexibility], and wants to do some sportives, then he will definitely benefit from reduced crank lengths.’

Looking at the evidence so far, it seems we should all be opting for the shortest cranks available. But there are other considerations.

‘Once you hit a certain point, short cranks become slightly ludicrous,’ explains Forrester. ‘I’ve had time-triallists ask me for 140s and 150s, so they can get the front end lower, but you’ve not got enough time [during the pedal stroke] to produce the torque you need to go quickly.’

Hewitt agrees: ‘When reducing crank length, at a certain point you’ll go from an optimal phase [duration] into a sub-optimal phase, and studies have shown that while it’s not statistically significant, there is still an effect. Ultimately, your lever is not as long, which will cause trouble [when trying to go] for brief powerful accelerations.’

‘It’s all to do with primary, secondary and tertiary levers, and the torque they create,’ Forrester explains. ‘You can see that when you look at a torque curve. Having the correct length crank, relative to your thigh, calf and foot size, creates the most efficient curve, in theory. That may not affect maximum power but it will affect your efficiency over time, and your overall speed.’

So for some events, a longer crank could provide performance benefits. According to Forrester’s power analysis, this can impact factors such as the smoothness of cadence too, with longer cranks aiding a smooth and consistent cadence, which will exaggerate any performance gains.

It seems that longer cranks, while not offering any more power, could aid the efficient delivery and sustainability of that power. Bradley Wiggins, for one, is known to ride on lengthy 177.5mm cranks, and you can count on Team Sky to have done the tests.

The customer is always right

The next question to ask is why do cranks come in the lengths that they do, which is generally between 165mm and 180mm? We asked Shimano product manager Tim Gerrits and he says, ‘Basically what Shimano does is produce what is asked for by our customers. The majority of the manufacturers and consumers choose, or need, a crank between 170mm and 175mm.’

It seems longer cranks, while not offering more power, could aid efficiency

Do riders need more choice when it comes to cranks? ‘Crank length doesn’t have a huge impact on power or metabolic cost,’ says Hewitt, ‘so if we don’t have to change crank length we won’t suggest it, as it’s a very expensive change to make.’

Chances are, then, that it’s not worth forking out for new set of cranks for any performance benefit. But it’s worth considering a change in crank length if you do suffer from hip flexibility issues, safe in the knowledge that there will be little or nothing of a performance penalty. Ultimately, though, in the words of the late, great Sheldon Brown, ‘People really obsess too much about crank length. We all use the same staircases, whether we have long or short legs, after all. 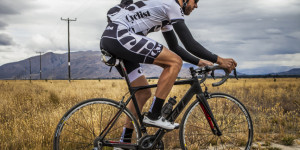 As it moves into the performance market, Cyclist finds out how Cell’s Omeo 2.0 holds up....