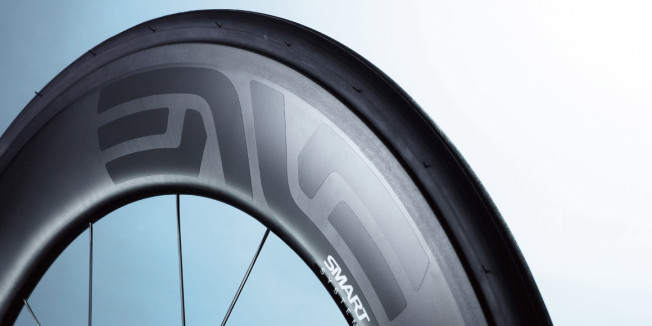 Mysteries of the deep

There’s no denying that deep section carbon wheels look slick, but now that advances in rim shaping means big aero gains can be had with low rim depths has the ‘deep-V’ had its day? Cyclist is here to investigate

Opinion is divided as to whether it was a Mesopotamian farmer or an Egyptian charioteer who invented the first wheel, but it’s fair to say the science of axial rotation has advanced a long way in the intervening 6,000 years. Nowhere is this more apparent than in the bike industry.

Perhaps more than any other part of your bike, the wheel has an impact on your ride in terms of speed, comfort and handling. As such, it is generally accepted that wheels are where the shrewd rider invests their money in order to make the biggest performance gains, but what to choose? Deep rims – in the 50mm-100mm range – have traditionally offered the best aerodynamic performance in a wheel, giving the rider more speed for less effort (and looking awesome into the bargain), but they have equally had the drawback of being dangerously susceptible to side winds. So, with deep rims you could shave minutes off your 10-mile time or you could find yourself upside down in a hedge.

More recently, however, wheel manufacturers have declared that advances in computational fluid dynamics (CFD) have allowed them to create rim shapes vastly more aerodynamic than the traditional wedge of carbon, and that shallow rims – in the 30mm-40mm range – can now offer significant aero gains with fewer handling concerns when it gets windy.

If this is the case, why would anyone buy deep section rims (except for the aforementioned aesthetic awesomeness)? Cyclist went to the experts in the
industry to discover the science behind the claims and to find out if it’s the end for super-deep rims.

When the early pioneers, the likes of Zipp and Steve Hed (founder of HED wheels), started playing with carbon fibre wheel designs in late 80s and early 90s, they quickly established that a deep section rim offered significant gains in terms of reducing drag. But as the concept evolved it also became apparent from real world and wind-tunnel testing that you can’t just keep increasing the depth to make faster wheels. You still have to be able to ride them.

‘Although there were clearly merits to deep rims, going too deep meant the wheels became unstable in crosswinds, plus at wind angles beyond 10° yaw we would actually see wheels above a certain depth start to stall – increasing drag,’ says Ray Hanstein, wheel product manager for Bontrager (see box on p90 for explanation of yaw). It’s a view mirrored by Zipp’s technical director, Michael Hall, the lead engineer on Zipp’s latest rim shape concept, the Firecrest. He says, ‘As you increase the depth, the shape of the rim becomes much more critical. There’s a point at which a deep v-shape becomes very unstable. It’s why you rarely see v-shaped rims over about 45mm depth – they just get unpredictable and unwieldy.’ And Simon Smart too, 14 years an F1 aerodynamicist and designer of the Enve Smart wheel system, adds, ‘If you look at most [deep carbon] aero wheels, they are pretty equal to each other in performance terms if the wind is only coming from straight ahead [0° yaw]. However, as yaw increases, if there’s too much side force it can actually increase drag, plus the wheels are simply unsteerable in strong crosswinds.’ 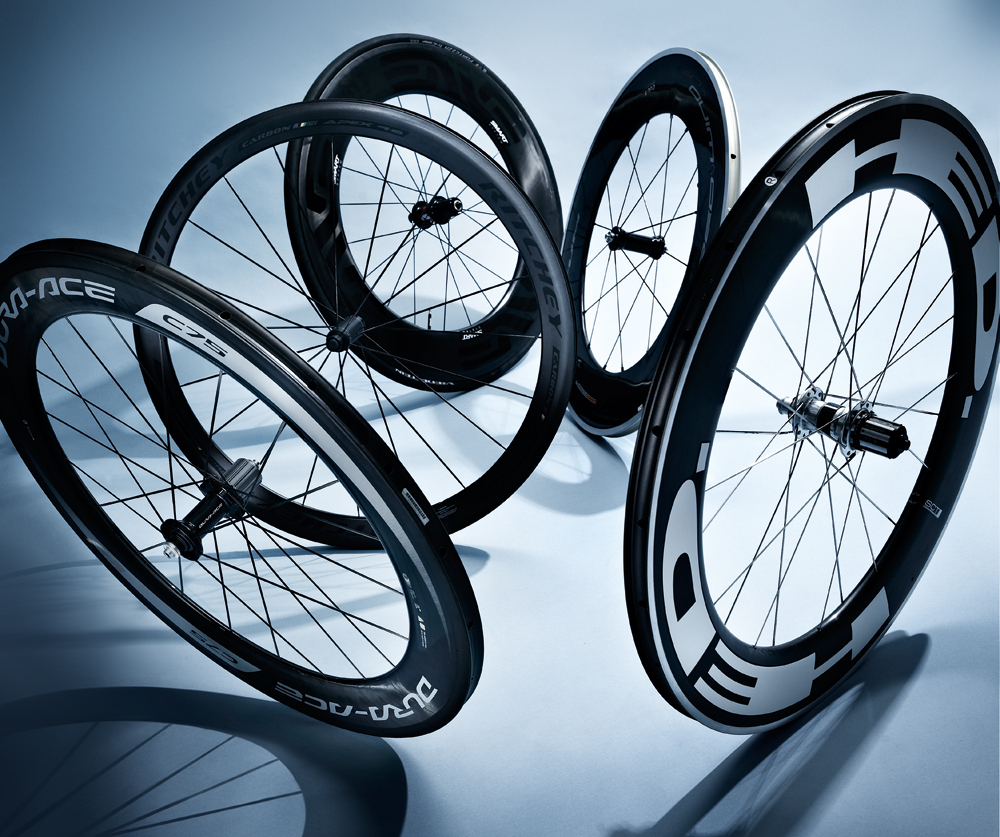 The main protagonists seem fairly unanimous. They want the extra surface area that deep rims provide – when air attaches to the surface it creates less turbulence and less drag – but they equally understand that riding in the real world rarely, if ever, happens at 0° yaw wind, and so the majority of R&D over the past two decades has gone into how to balance these two conflicting areas: gains in aerodynamics versus loss of stability.

‘The key isn’t just the amount of surface area but the shape of it,’ says Paul Lew, director of technology and innovation at Reynolds Cycling. ‘Any time you have a crosswind, the side force is going to be larger if you have more surface area, so we needed to investigate what we could do with the rim shape to change the effects of the side force. Even the best deep v-section rims were poor airfoils. If you look at examples of good airfoils – in sail boats or aircraft for example – you can see it’s all about shape, not area, because you could put up a cloth sail that has the same area as a highly contoured Americas Cup rigid airfoil sail, and you won’t get the same forward thrust. So it’s clear that it’s not just the area that is the key driver here.’

Simon Smart agrees that shape is as critical as the amount of surface area. ‘Traditionally, very deep rims were designed to give you an advantage on the days when you couldn’t ride the bike!’ he says. ‘What you want is a wheel where the torque required to turn into the wind is as low as possible. That’s achieved through the shape of the rim. But there’s a fine line, and you can very easily de-tune the wheel. It’s about compromising between speed and stability, depth versus weight.’ 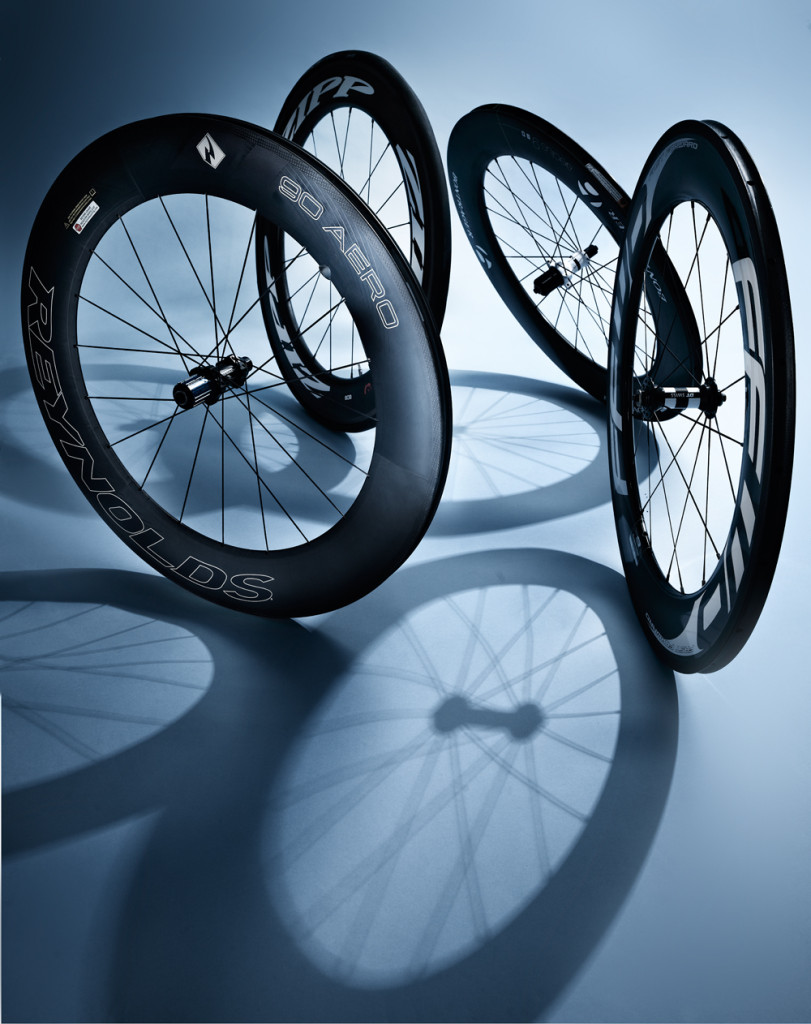 Smart touches on an important point here – steering torque. This is the crux of what makes deep wheels hard to control in crosswinds. Derek McLay of Wheelsmith says, ‘You can have wheels that greatly reduce drag, but if the amount of reduction is not balanced at the front and rear of the wheel, you can suffer unsettling steering moments.’ Zipp’s Hall expands this point further: ‘The centre of pressure of the wheel is the key; that is where all the forces resolve relative to the steering axis. If that point is far from the steering axis then it imparts a turning moment on the wheel. These sudden large inputs at the handlebars are not good. Our Firecrest shape strives to reduce the impact of this force, and also makes any force that is imparted more consistent and predictable.’

Brothers Jon and Chris Thornham, two engineering graduates from Canada and founders of Flo Cycling, claim to have reduced the side force on their wheels by making their rims fatter. ‘The leading edge on the front half of any wheel is the tyre, and a tyre is a bulbous, circular object,’ says Thornham. ‘If we want to create even side forces on the front half and back half of the wheel, we assumed that the leading edge on the back half would also have
to be a bulbous, circular object.’

The shape of rims to come

The upshot of all this emphasis on shaping is that rims are generally getting wider with a more rounded profile instead of a sharp v-shape.

Trying to slice through air with a broader, blunter object would perhaps seem counterintuitive, so what’s the deal? Hanstein says, ‘It’s a question of turbulence. When you slice the air with a sharp object, especially at increased yaw angles, the air becomes turbulent really quickly. Turbulence basically equals drag. By widening the rim we are effectively pushing the surface out to where we need it, to meet the air sooner after it travels around the leading edge (the tyre) and keeping it more controlled.’

Lew also refers to tyres in his justification for chunkier rim profiles: ‘The wider rim width is very important, particularly because there is a trend for using wider tyres now, and the relationship between tyre diameter and rim width matters. With a 23 or 25mm tyre, the optimal rim width for aerodynamics would actually be around 38 or 40mm, but that’s obviously ridiculous because bike frames and brake callipers aren’t engineered for that. So it’s about the contour of the rim as much as its width.’

Bontrager’s Hanstein adds, ‘If the tyre eclipses the rim, performance suffers immediately. You ideally want the rim to eclipse the tyre to give you the best chance of smoothing out the transition of the air onto the rim surface. That way you’ll get the most benefit.’

In at the shallow end

The result of all this scientific endeavour is that manufacturers now make aerodynamic claims for shallow rims that used to be reserved for deep sections.
Flo Cycling, for example, claims even its shallowest 30mm rims have the same aerodynamic performance as many deeper rims thanks to their width and profile. Zipp, too, has made claims about its shallowest carbon rim, the 202 Firecrest (32mm), being able to keep pace in the wind-tunnel with some much deeper competitors.

Hanstein sums up the trend by saying, ‘People have definitely traded down on depth. 50mm is where it seems to top out today. Yes, 90mm would still be faster but there are so few times when you can handle that sort of depth. It’s really condition specific. More people want the performance benefits more of the time, and now you can get the same performance, or even better in some cases, with the new lower profiles, compared to what was previously available in the market.’ 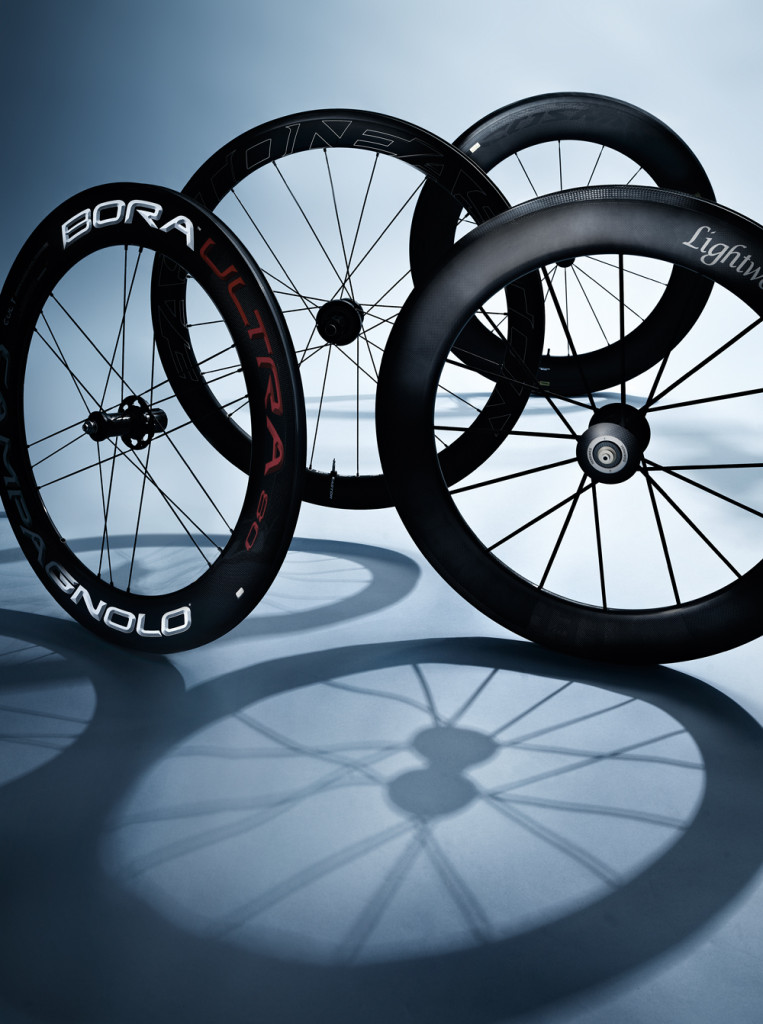 So there you have it: you can now enjoy aero benefits without the depth that causes unwelcome side pressure and with lower rim weights too. It must mean the end for deep rims.

But wait a minute. Zipp’s Hall says, ‘It depends on how you look at it. The Firecrest concept wasn’t really about pushing riders towards shallower rims. Zipp’s mantra used to be about telling riders how much lower the drag was, but that’s changed. Now our message is telling riders they can ride deeper wheels more of the time, without the concerns. We’ve seen our sponsored athletes move towards the 404 Firecrest (58mm rim depth) as their everyday wheels. With the Firecrest profile I’d be happy to ride the 808 (82mm rim depth)
most of the time too.’

If anything, the development of modern rim designs has broadened the choice of rim depth for the average road cyclist rather than narrowed it. Could it be that a deep rim is your next choice for an everyday, all-conditions wheel?

When it comes to choosing rim depths, Simon Smart makes a salient point: ‘Deeper wheels look the part. Sometimes that still wins against what comes out of a wind-tunnel report.’ 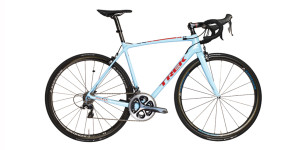 Trek manages to shave off a few more grams