The world’s largest bicycle company won’t let rules and tradition stand in the way of progress but will the conventionalists submit to the driving forces of the contemporaries and accept the Propel?

Whilst an official decision and announcement is still yet to be made by cycling’s global governing body, it seems inevitable that disc brakes will be approved, luckily for us in Australia they got the green light a little over a month ago, just in time for Giant’s new Propel. 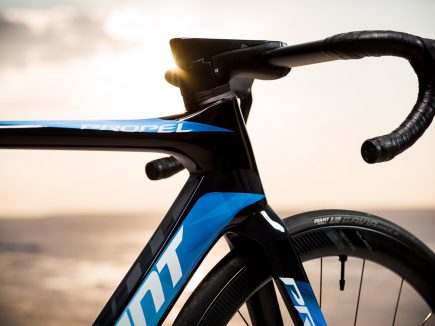 The Propel has remained relatively unchanged since it’s introduction pioneering the aero-road wave, and now with a 2018 lineup fully dedicated to discs they are leading another movement equally likely to remain. A few keen observers may have seen Michael Matthews testing prototypes of the new Propel at this year’s tour and as quickly as he amassed points for the green jersey – along with Kittel – he dispelled any safety concerns for disc brakes. It’s arguable that Matthews may have even saved his skin on a wet and wild Stage 2 due to the improved stopping control of his Shimano R9170 Dura-Ace discs. 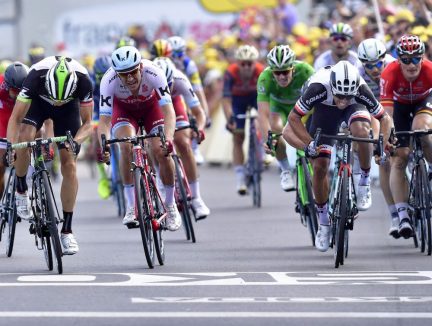 Giant took the initiative to rebuild the Propel frame to not only cope with higher demand brake forces but to also reportedly reach new levels of stiffness and handling. The engineers took an approach to designing and testing the Propel package as a whole, complete with robotic mannequin. The result is a claimed highest stiffness-to-weight ratio of any of the current aero-bikes on the market, which Giant deem to be its major competitors. 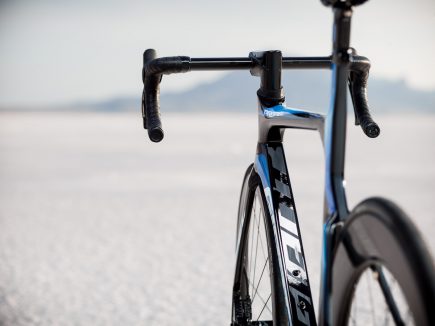 The most noticeable features of the redesign are their ‘truncated eclipse airfoil shape’ tubes, which improve speed and handling in crosswinds over the traditional teardrop shapes – a similar concept to Scott’s F01 and Trek’s Kammtail and part of BMC’s subA design. Fewer wires in the wind mean less disruption and the new integrated Contact bar and stem contain all cables within the system, keeping both turbulence and appearance minimal. 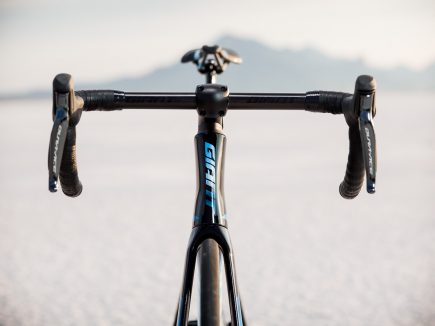 The wheelset follows in fashion of what many racers have been doing DIY, varying their rim depths: a shallower rim up front and a deeper on the rear while interestingly will come fully equipped with tubeless tyres. The frame has been designed with this wheel system in mind and includes a 42mm front and 65mm rear as standard. 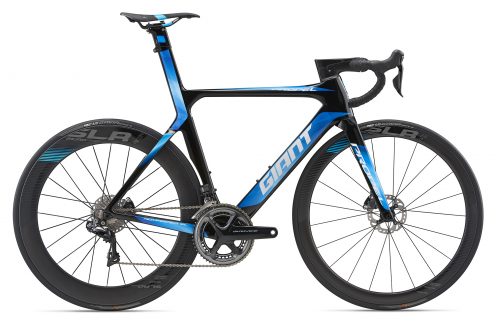 The Propel will come in four models starting from $4,999, their flagship Advanced SL models indicate the use of premium frame materials and an integrated seatpost which should increase both comfort and stiffness. The 2018 Propel is available now, for full specifications and prices head to the Giant website here. 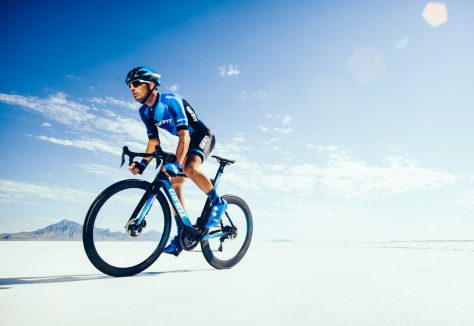 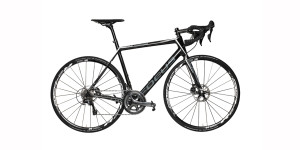 Does the lightest mass market disc-equipped frame live up to the hype?