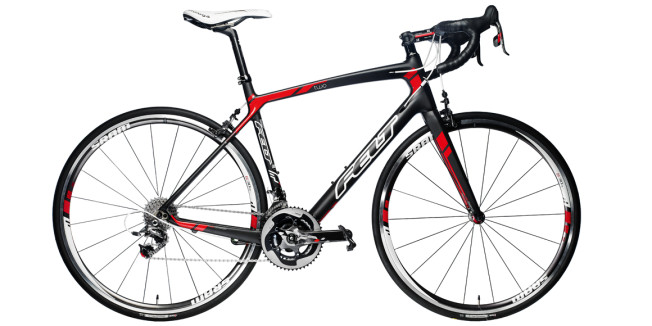 Most people choose this type of bike for the pure enjoyment

The Z line-up is to Felt what the Roubaix is to Specialized or the Defy is to Giant. Put simply, it’s the style of bike that targets the booming market sector where riders aren’t so keen to be nose down and arse up. Not so long ago this type of bike would have been described as ‘sportive specific’ or some such similar phrase, but the thinking has changed as suppliers and customers realise this sector is much broader than just sportive events. Most cyclists are choosing this type of bike for the simple enjoyment of riding. As a consequence, Felt prefers to describe its Z-prefixed bikes as ‘endurance workhorses’.

For 2013, the range has been redesigned from the ground up, a transformation that’s been four years in development. The timing is spot-on, if you ask us. The Z range spans everything from entry-level aluminium bikes right up to state-of-the-art carbon racing kit. The Z2 on test here falls into the latter. At $7,630, it’s dripping with delectable carbon 3T parts and a full SRAM Red groupset, which just so happens to be the perfect aesthetic match to the Z2’s look. The new design boasts improved tube shapes and tweaked carbon layups that together result in a claimed 25 per cent increase in stiffness, with a 50g weight reduction compared to previous models. It also gets brought up to date with added features such as the tapered head tube, BB30 bottom bracket, internal cabling (which is electronic/mechanical convertible) plus, rather swankily, hollow carbon dropouts.

Despite the earlier assertion that Z bikes are workhorses, Felt clearly doesn’t see the demand for this type of bike halting in the ‘mid sector’, and I agree. Riders who

prefer a bike with more relaxed geometry can still want the lightest, fastest kit, and still want to ride fast and even occasionally race. Just ask Garmin-Sharp pro rider Dan Martin, who was involved with the development of the new version of the frame during Felt’s involvement with the Garmin pro team. We’re told he regularly raced prototypes of the Z frame.

I entirely agree that the Z2 is fully capable of race-winning performances. The geometry provides a fairly long wheelbase with more fork rake and a little extra chainstay length than a full-on race machine. Add in a tall 180mm head tube, and the ride should be all about Sunday cruising, but there was no sluggishness to the Z2’s performance when I changed up a gear and went for a few Strava segments (all for the purpose of testing, of course).

Coming back for more

At the end of every ride I was never left feeling anything other than inspired to ride it again. On one particularly filthy outing in pouring rain I punctured not that far into the ride. As I stood at the roadside, with rain running off the back of my helmet and down the back of my neck, I could quite easily have turned around, sacked off the ride and headed home. Maybe on another bike I would have. But I’d had a few good experiences on the Felt already, and this was a day I’d earmarked both in my diary and in my head for another bit of Felt-bashing.

My high expectations for the ride aboard the Felt kept me going that day, and the result by the end of it was all smiles. The sun eventually made an appearance, although typically only for the last few miles, and I had another cracker of a ride aboard the Z2.

The geometry really worked well for me. The taller head tube opens up more options in terms of genuinely comfortable riding positions. I could spend prolonged amounts of time in the drops and, ultimately, if I wanted to ride even lower then, lest we forget, elbows do bend!

SRAM’s S30 wheels are a gem in the Z2’s spec. This is a superb set of wheels. They’re light, laterally stiff and, thanks to SRAM owning Zipp, they are remarkably similar in design to the Zipp 101. In other words, it’s a ‘true’ aero profile wheel in alloy construction. It’s also a refreshing change to see SRAM wheels specced OE (original equipment), instead of the ubiquitous Mavic Ksyrium, which seems to be the default choice for so many bikes in this price range.

The Z2 comes fitted with 25c tyres and this, no doubt, adds some additional ride comfort, although the Z2 showed no signs of needing help in this regard. The fork rake plus the newly designed fork construction seems to successfully keep things smooth up front, while the flattened, supposedly ‘leaf spring-like’ seat stays play their part at the rear – although I’d suggest that the inclusion of a standard 27.2mm seat post is the biggest factor in stopping the road shocks reaching your backside. Compared to the modern trend for vastly oversized parts, the seat post’s narrow diameter, married to the 3T Dorico Team’s UD carbon fibre construction, allows for extra flexibility and a more comfortable ride.

And the negative points of the Z2? I’m struggling. Even at my most nit-picking I’m unable to highlight any genuine flaws. It’s simply one of the best examples I’ve ridden of a bike of this type. 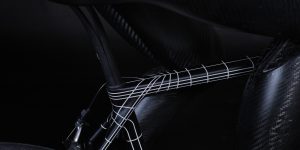 All eyes are on Le Tour, Canyon’s ears are too. Highly unexpected, extremely limited, an...