With art gallery good looks, we put this titanium beauty from British Imports to the test to see if it is indeed ‘best in show’

What is stronger than aluminium, lighter than steel, more durable than carbon fibre, and comes with a bigger price tag than all three? If your answer is titanium, you may be smarter than you look! While gold is the most sought after precious metal in the world, titanium is the fabric of choice for many of cycling’s most discerning connoisseurs.

Titanium was discovered in 1791 by William Gregor in Cornwall, UK, before being ‘rediscovered’ four years later by German chemist Martin Heinrich Klaproth, who decided to name it after the Titans of Greek mythology – a name that evidently stuck. But in the ever-evolving cycling industry, is titanium the new black? With the arrival of Enigma’s titanium Esprit from British Imports to our office, we were about to find out.

Tipping the scales at 7.12kg, the Esprit is as much a work of art as it is a weight weenie’s wet dream. The brushed titanium frame and carbon fibre finishing kit make it as comfortable out on the road as it is hanging on the wall next to a fine painting.

It takes a talented craftsman in a controlled and sterile environment to produce a titanium frame. All welding must take place in a clean space with an atmosphere comprised of an inert gas such as argon. If there is any oxygen present during the welding process, the titanium will burn before it melts. This will compromise the strength of the weld, creating a high possibility of failure.

The Esprit is constructed with ultra-lightweight 3AL-2.5V double-butted tubing. 3AL-2.4V or grade-9 titanium is an alloy consisting of 3% aluminium, 2.5% vanadium, and 94.5% pure titanium. This alloy is easy to work with and extremely durable, making 3AL-2.5V the most common tubing used in Enigma frames. The double-butted tubing used in the Esprit has variable wall thickness, meaning it’s thicker at both ends for strength and ease of welding and thinner in the middle to save weight in a less-stressed area. 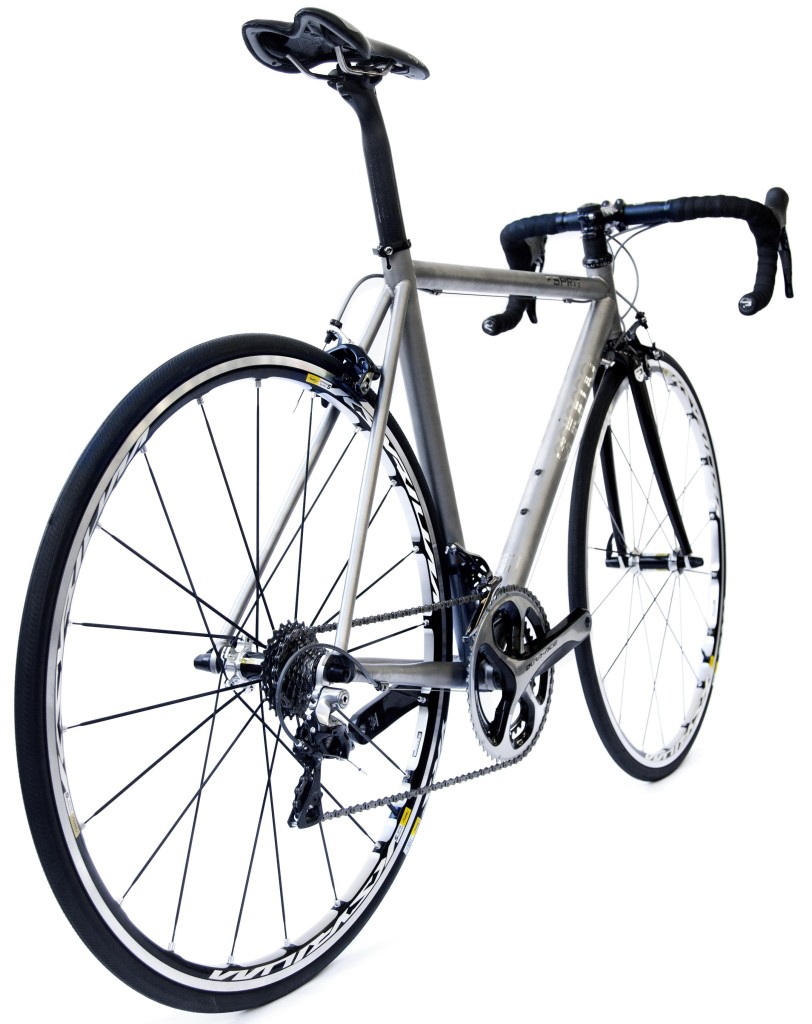 A titanium frame usually allows for more flex or ‘springiness’, thus allowing for better shock absorption than its carbon counterparts. With this knowledge in mind, I immediately took the Esprit to the bumpiest area I have ridden in Sydney: Bobbin Head. The backside-bashing road surface of Bobbin Head is bound to make even the toughest cyclist shudder in fear.

Although it wasn’t like sitting in a plush lounge chair, the titanium frame coupled with carbon components made descending the gorge noticeably smoother than on my full-carbon Kuota. Even the most bone-rattling holes and bumps were less painful because of the ‘springiness’ of the titanium, while the carbon components helped to dampen the vibrations from the rough road surface.

Descending on the Esprit took a little bit of getting used to. The steering is very lively and the bike really wants to attack the corners. I found myself reaching the apex of the corners faster than normal. After becoming a little bit more familiar with the bike I gained confidence and had to reach for the brakes less and less. The standard geometry and 73 degree head tube angle keep the handling nimble without being twitchy.

When the road pitches up, the Esprit excels. The lightweight frame coupled with Shimano Dura-Ace 9000 components will please any weight weenie, especially when climbing. However, I couldn’t help but wonder if our test bike was let down by the Mavic Ksyrium Elite S wheels with which it came. Don’t get me wrong – this a great wheelset – but I would love to see how it performed with a good set of climbing wheels, like some Fulcrum Racing Zeros or, keeping with Mavic, a set of R-SYS SLRs.

While my butt was happy riding the Esprit on a bumpy road, there was another ‘but’ to consider – and it’s a big one. The double-butted tubing used throughout the frame, although extremely lightweight, allows the frame to flex a little bit too much for my taste. At only 64kg, it’s not like I’m a big rider throwing a lot of weight into the frame either. So would this bike be my first choice heading to a criterium? No. But, would I say this bike is comfortable and feels alive on the road? That’s a big yes.

The Esprit has plenty of pep and is an eye catcher at the cafe. Not sure if the $7.6k price tag that came with our test bike offers the best bang for the buck, but with a bare-bones frame starting at $2,650, cyclists have an option to tailor the Esprit to fit their personal group and wheelset preferences – as well as their pocketbook. 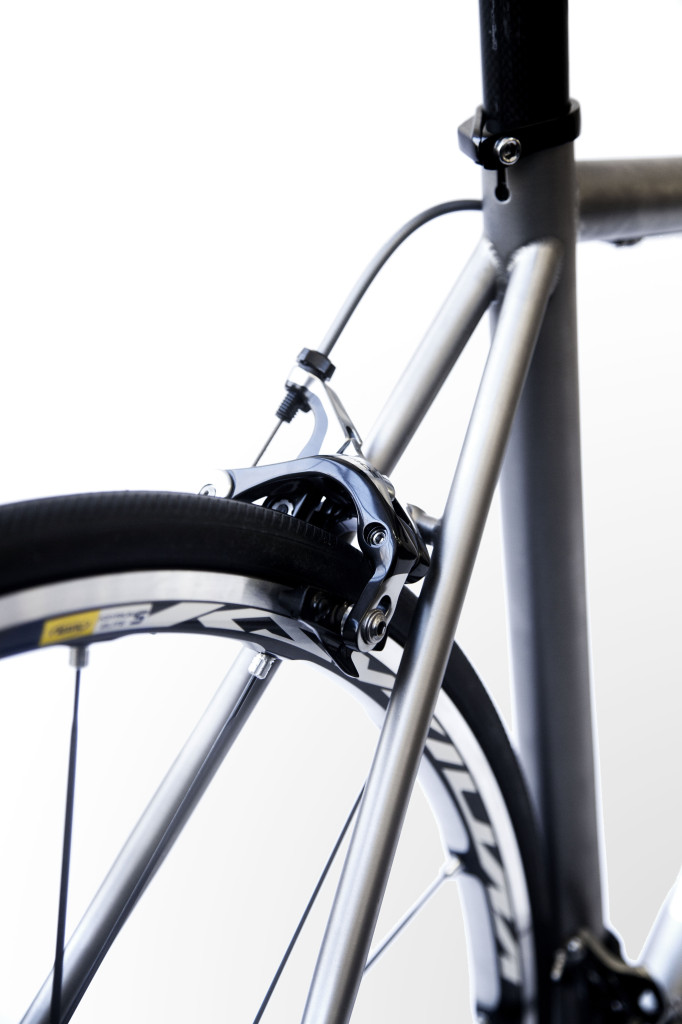 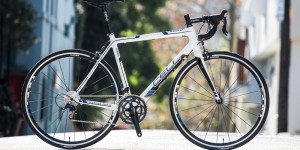 Value-packed with all the frills