Pushing the limits of its category with a striking design and heightened level of integration, the Grail challenges the realms of ‘Endurance Gravel’ and adventure riding.

It’s all gone gravel and Canyon believe they’ve found the solution to every surface. It’s Canyon’s answer to the question: When is it too dirty for a road bike, too smooth for a mountain bike, but too rough for a CX bike? And of course it must be light, fast, and smooth. Cyclist uncovers the Grail.

In typical German fashion Canyon has expertly engineered an answer, and in keeping with brand aesthetics, the bells and whistles are hidden amongst sleek designs. The Grail aims to keep the responsiveness and speed of a road carbon frame while handling the rough stuff more comfortably than a cyclo-cross package. Canyon has gone a step further in the comfort department and it’s not where you might expect – they’ve covered the caboose too but we’ll go into that later. Designers have looked past the usual frame design tweaks, specific layups or flexible stays and forks because that’s been considered too. The primary focus this time around has been around contact points. 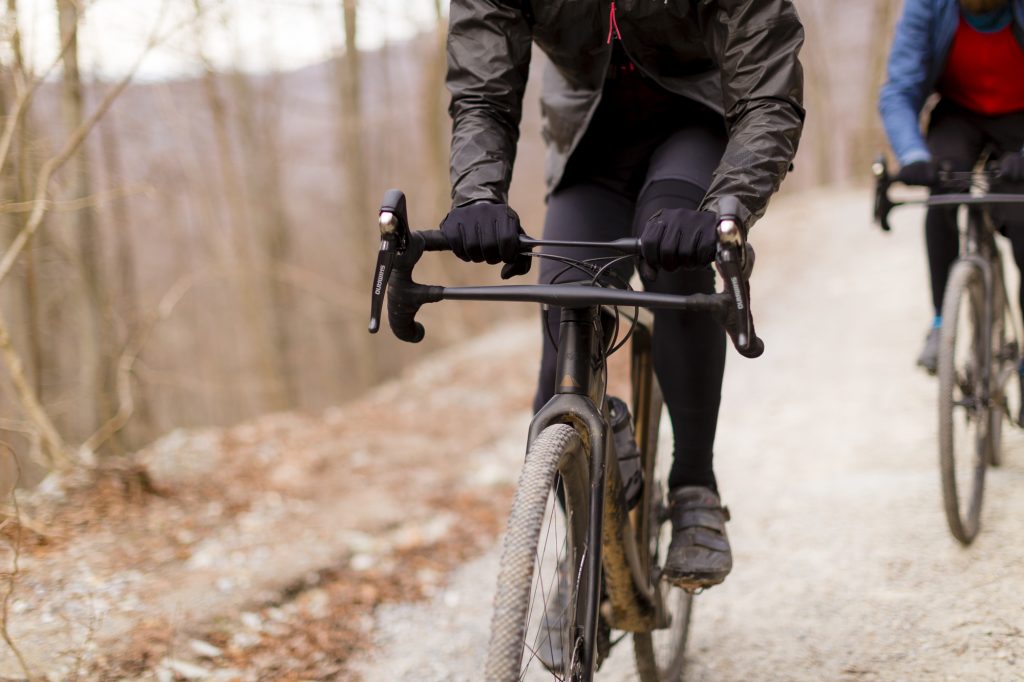 It’s all in the wrists

Introducing the Grail Cockpit: a drop bar handlebar with a two-tiered crossbar. The bottom level is structural, it offers stiffness and responsiveness through the bar offering control when in the drops and an ergonomic grip. The hoods and across the top is where you’ll find the improved dampening properties and reduced road vibration and chatter. In turn, the stack height has increased to allow a more upright and comfortable position when things get serious. At first glance it looks like something Roman Arnold cooked up in his garage, but only time will tell if this is another over-engineered cycling gimmick or a serious trend-setter in the emerging gravel market. We’ll be putting it to the test in an upcoming Big Ride.

Bringing up the rear is the well regarded VCLS Post 2.0, another sleek solution to comfort. The seatpost is comprised of two D-shaped tubes that sit back-to-back creating a 27.2mm diameter with a wedge-shaped split down its centre. By having a front and rear section the post is permitted to flex backwards and soaks up a claimed 50% of vibrations! Tried and tested by the team at Cyclist on the popular Endurace, the clamp design also allows the saddle to pivot through it’s movement while maintaining the original saddle angle. 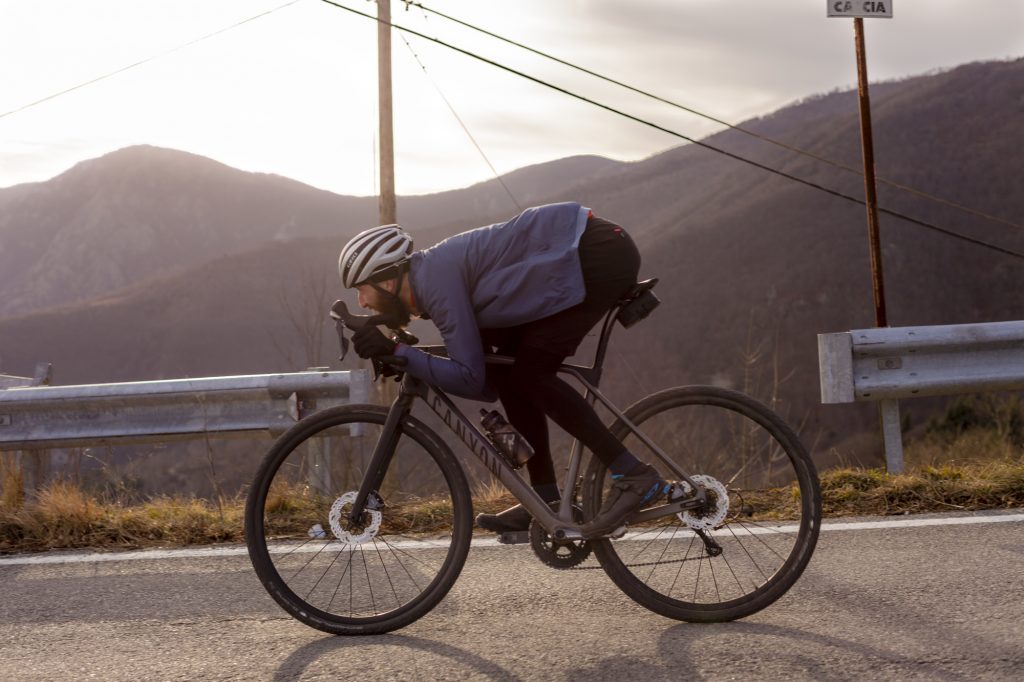 Even with all that tech up front, the Grail’s frame size remains relatively low,  the extra bar height delivering a similar reach and stack measurements to Canyon’s Endurace, albeit with a much longer wheelbase when comparing it to other road and CX models – which is assuring when things get rough.

With confidence in tackling terrain they’ve bucked the trend of SRAM’s 1X groupset and instead all models come equipped with compact double-ring 105 or Ultegra (mechanical. or Di2) disc groupsets. Getting close to a 1:1 gear ratio for the steep stuff with plenty of top-end for the sealed terrain while the 40mm tubeless tyres will handle pretty much anything you can throw at it. Topeak have also come to the party with a range of specific frame bags for the serious adventurers. 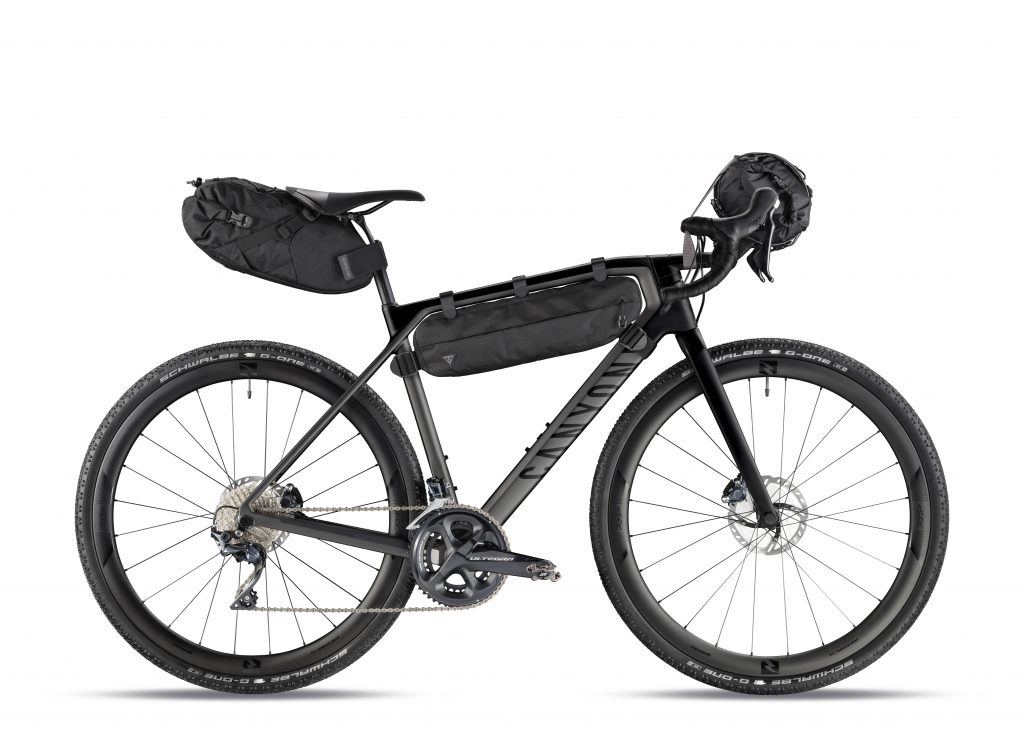 The tech sheets don’t reveal huge differences between the models, except for groupsets and even so the weight discrepancies aren’t alarming, 8.22–8.65kg. The geometry is claimed as unisex but there’s also a women’s model on offer. With the smaller unisex sizes using 650b wheels, the WMN models carry few differences outside of the stock saddle.

We’re yet to see final pricing but it seems Canyon have been realistic with the selection of components in regard to expectations around use, durability and ease of replacement. We hope to see this value represented in the pricing and it will be a competitive option in the extra do-it-all bike market.

Keen to see the Grail in action? Subscribe to Cyclist and you’ll be one of the first to get all the nitty gritty.

Canyon has also released a range of gravel accessories to ensure your Grail arrives ready for adventure. From Topeak bags through to pedals, tubeless sealant, clothing and more, you’ll be ready to go from the moment you open the box. 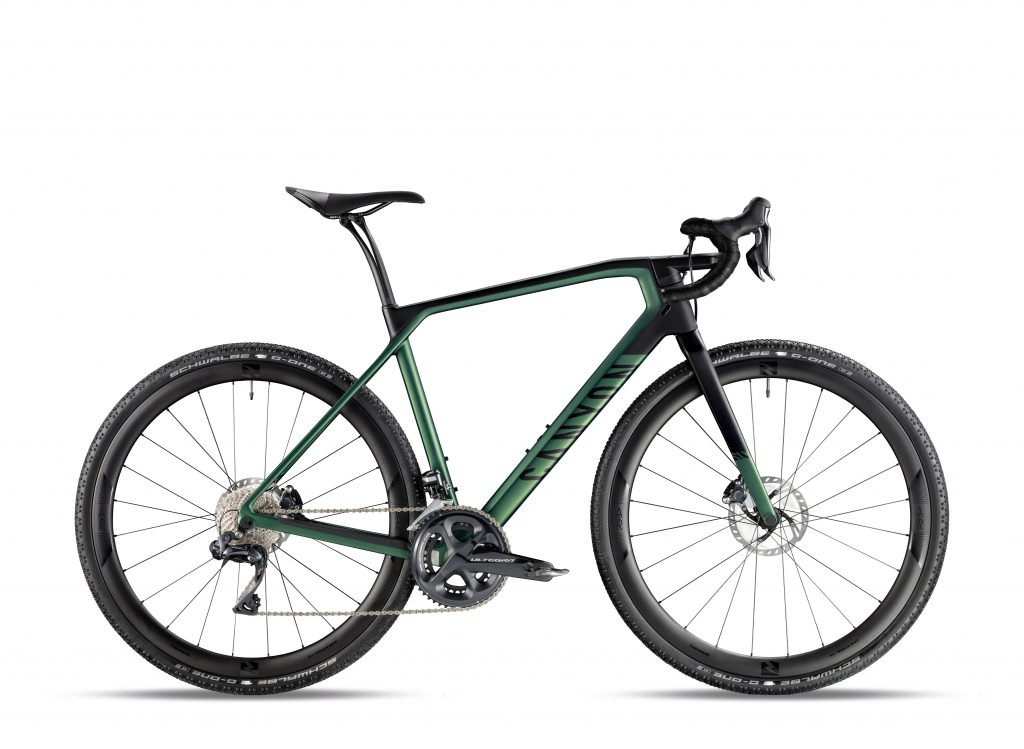 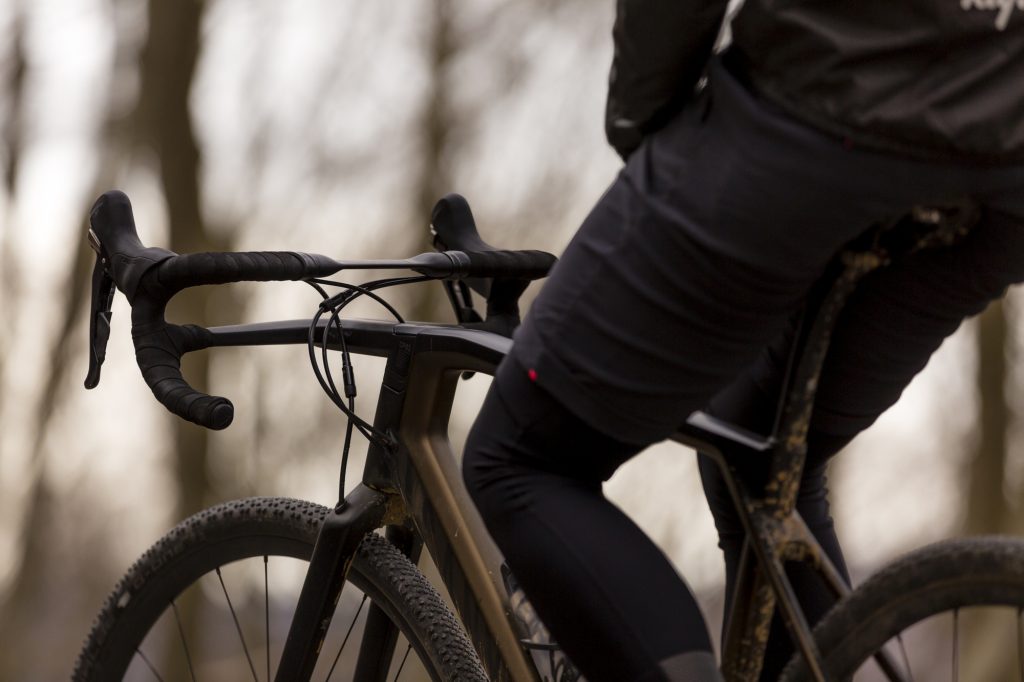 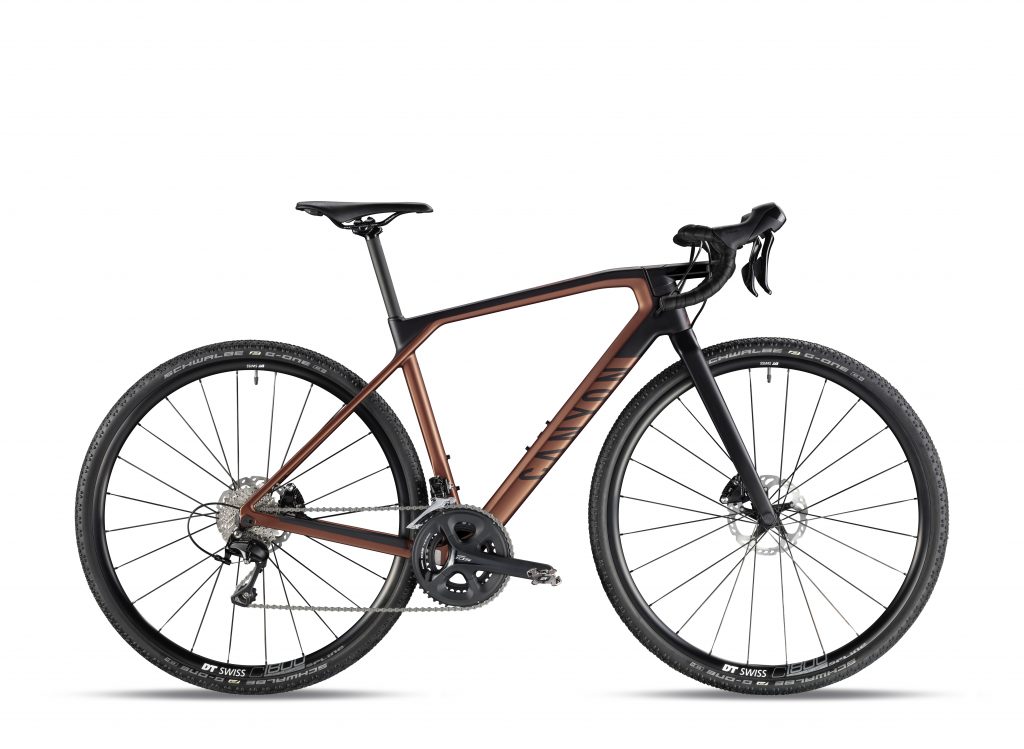 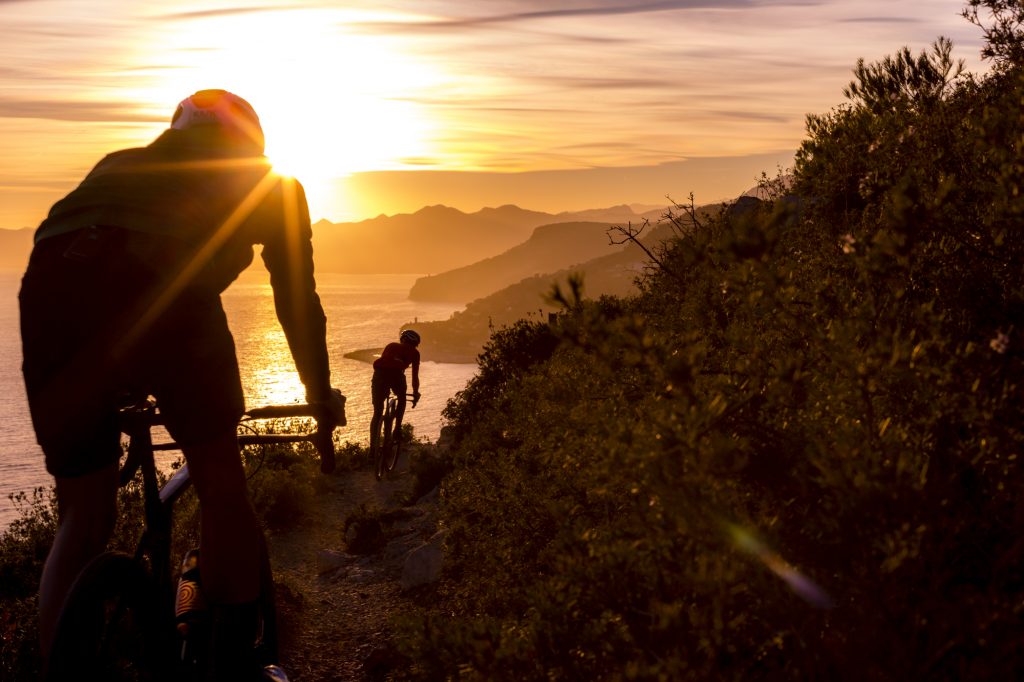 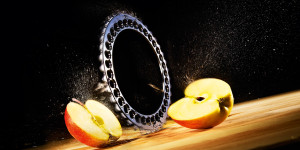 Are ovalised chainrings a gimmick or game-changer?