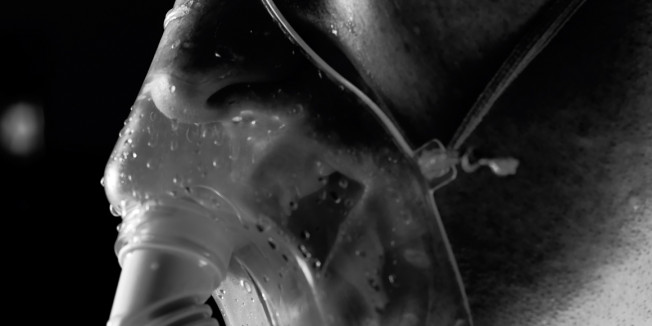 It’s the universal measure of aerobic fitness that some riders wear like a badge of honour, but is VO2 max relevant to every cyclist, and how can you change yours for the better?

If there’s one thing we cyclists love, it’s data – max heart rate, peak power output, cadence – the market is flooded with gadgets that measure, record and assess. There is one key figure you can’t get from an onboard bike computer, though. Your VO2 max – or the maximum amount of oxygen your body can use in one minute – was for a long time considered the benchmark for aerobic fitness, not just for cycling but also for pretty much every sport where endurance performance is fundamental to success.

‘Broadly speaking, VO2 max is a measure of how efficient your body is at getting oxygen from the air you breathe to your muscles,’ says Chris Easton, lecturer in clinical exercise physiology at the University of the West of Scotland. ‘It’s a good measurement of aerobic fitness and theoretically represents the maximum amount of energy you can produce during exercise.’

To find your magic number you’ll need to get yourself strapped to a static bike, don a heart rate monitor, wear a plastic face-mask that’s hooked up to a gas exchange analyser, and have a sports scientist put you through 15 minutes of hell. What you get for your effort is an accurate reading of how your body is processing oxygen at any given second leading up to the point when it can’t do any more. You can then use this data to carefully tailor your training to your goals.

‘VO2 max is a physiological measurement that’s recorded during an incremental exercise work rate test using respiratory values,’ says Easton. ‘So it’s basically recording the air you breathe in and out.’

One of the key factors that affects how much oxygen you use during exercise is
body mass, particularly muscle. The more of that you have the more oxygen you use. So to allow you to compare your magic number to others or, if you really want to depress yourself, pro riders, VO2 max is expressed as milliliters of oxygen per kilogram of body mass per minute, or mL/(kg min).

However, while VO2 max is a clear and established marker of aerobic fitness,
it’s less effective as a definitive predictor of performance. ‘They’re really not the
same things,’ says Easton. ‘While VO2 max may be quite a good way of easily distinguishing individuals who are trained or untrained, when it comes to pro sportsmen, it’s just one of a number of factors that need to be considered.’ 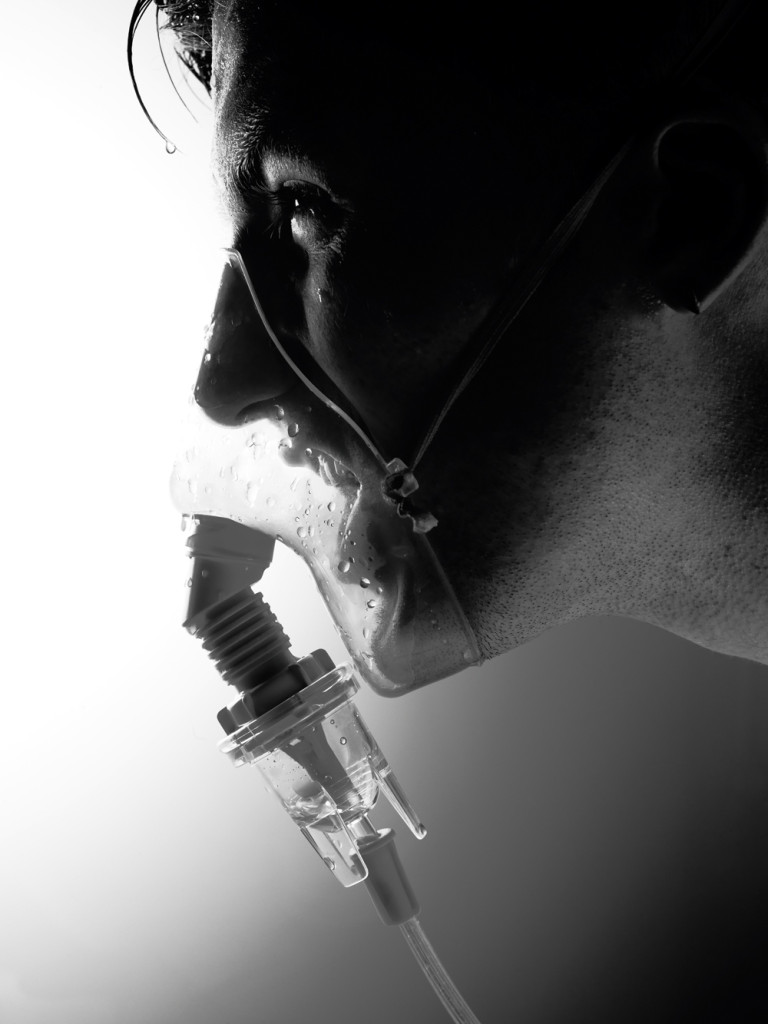 It’s a given that any elite level cyclist will have a high VO2 max figure. They couldn’t have made it to the top of the sport without being gifted with exceptionally high aerobic capacity and, because of this, VO2 max can’t really be used as an accurate predictor of performance. For example Cadel Evans reportedly has a VO2 max of 88, whereas Norwegian cyclist Osker Svendsen has recently been recorded at 97.5 – the highest ever. While this is impressive, does it follow that this 20-year-old is on a par with Evans at his Tour-winning best? No.

‘Having a good capacity to transport and use oxygen is essential to endurance sports,’ says Easton, ‘But it’s not the absolute value that determines if you win or lose. You could have a pair of riders, one with a VO2 max of 48 and one with a VO2 max of 41, but the latter’s peak power output may be higher, which means he could produce more power for longer, potentially giving him the edge.’ So VO2 max is important, but at the elite level and for ordinary cyclists there are several other parameters that are equally or more so.

‘It’s not just increases in the VO2 max that are beneficial to a rider, but improvements in the percentage of that VO2 max that you can maintain,’ says Xavier Disley, exercise physiologist and elite coach for RST Sport. ‘For example if you have somebody who has a fairly high VO2 max but they can only maintain 80% of it for an hour, their goal would be to up the percentage they can maintain or the length of time they can maintain it for. Their VO2 max may not actually go up – if it does it’s a bonus – but they will already have seen an improvement in performance.’

Your gross efficiency (that’s the ratio of your power output to the energy your body is using to produce that power) is arguably more important than having a stratospheric VO2 max. Higher efficiency allows a cyclist to work at lower percentages of their VO2 max to accomplish the same or higher workload than a less efficient cyclist, and as such, a higher efficiency rating can compensate for a lower VO2 max score.

‘A study was carried out with pro cyclists at the European University of Madrid looking at the differences in gross efficiency,’ says Disley. ‘There was a significant inverse correlation between VO2 max score and efficiency, with the rider who had the highest VO2 max scoring the lowest on efficiency. They were all really good cyclists and there was no one that had a giant efficiency along with a giant VO2 max.’

So while there’s hope for us all, it’s human nature to compare ourselves to others. There are, however, no definitive ratings when it comes to VO2 max. With cyclists Disley has a rule of thumb: ‘To be classed as “trained” I’d normally expect 60mL/(kg min) for men and 50mL/(kg min) for women; 10 mL/(kg min) less for both and I’d be hard pushed to put them in that category. If I had a study of people with over 70mL/(kg min) I’d say they were “highly trained”. Over 75 or touching 80 would be “elite”.’ 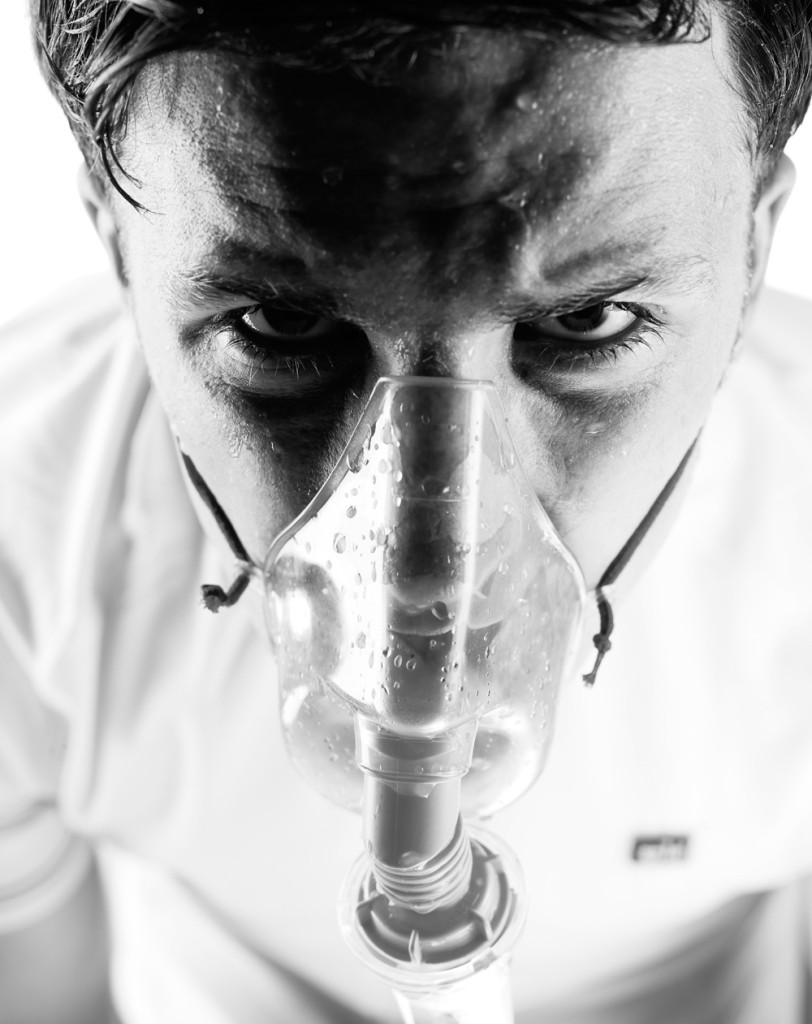 So where does this leave those of us who struggle to make it past the mid-century mark? Well if your VO2 max is in the forties and you have aspirations of being an elite cyclist then you’ve got some way to go. You shouldn’t give up though.

‘It is possible to improve VO2 max, especially in untrained people,’ says Disley. ‘Physiologists love to take people off the street and do horrible things to them to see how much they can increase their VO2 max.’

To reap the best improvements from training however you need to go hard and
fast rather than long and leisurely.

‘High-intensity interval training [HIIT] in combination with supramaximal efforts will result in larger improvements in VO2 max than tempo riding and the longer distance stuff,’ says Easton. ‘The metabolic effect and the physiological stresses that HIIT causes force more adaptation in the body.’ You’ll be making your heart stronger, meaning you can pump more blood with a single beat, getting more to the blood vessels that supply your muscles. Another response to the training is an increase in the number of capillaries, the very small blood vessels whose job it is to transport oxygen from the blood to the muscle itself, so the oxygen gets to where it needs to be more effectively. There are changes in the muscle itself with the number of the enzymes involved in creating energy increasing and the mitochondria, the organelles within the muscle cell involved in energy production, growing in both number and size as well.

Yet despite all this you won’t be making any drastic improvements to the organ concerned with bringing the oxygen into your body: the lungs. ‘Although most people would agree that the lungs are not the main limiting factor for improving VO2 max, one of the primary determinants of the drawing in of oxygen to the body is lung size,’ says Easton. ‘While that’s predetermined and doesn’t really change, you can train the muscles involved in the inhalation and exhalation of air, and there are various devices available that are specifically designed to do this.’

There are ways to maximise your max off the bike too. Using a respiratory muscle-strengthening device can increase the strength of your breathing muscles and improve your exercise tolerance by making your respiratory system more efficient. Also, the University of California found people who did yoga and strength exercise for eight weeks improved their V02 max by 7%, while supplementing with cordyceps, a mushroom grown in the Himalayas, could improve your V02 max by upwards of 9% according to research in the Chinese Journal of Integrative Medicine.

‘And don’t forget,’ adds Disley, ‘If you lose a bit of weight then your VO2 max number will go right up too.’ What dedicated training gives, though, lack of training takes away. ‘Amateur or elite, if an athlete stops training their VO2 max will go down,’ says Disley. ‘Even a Tour de France winner with a VO2 max of 85mL/(kg min) will experience a decrease if he stops training for a year.’ 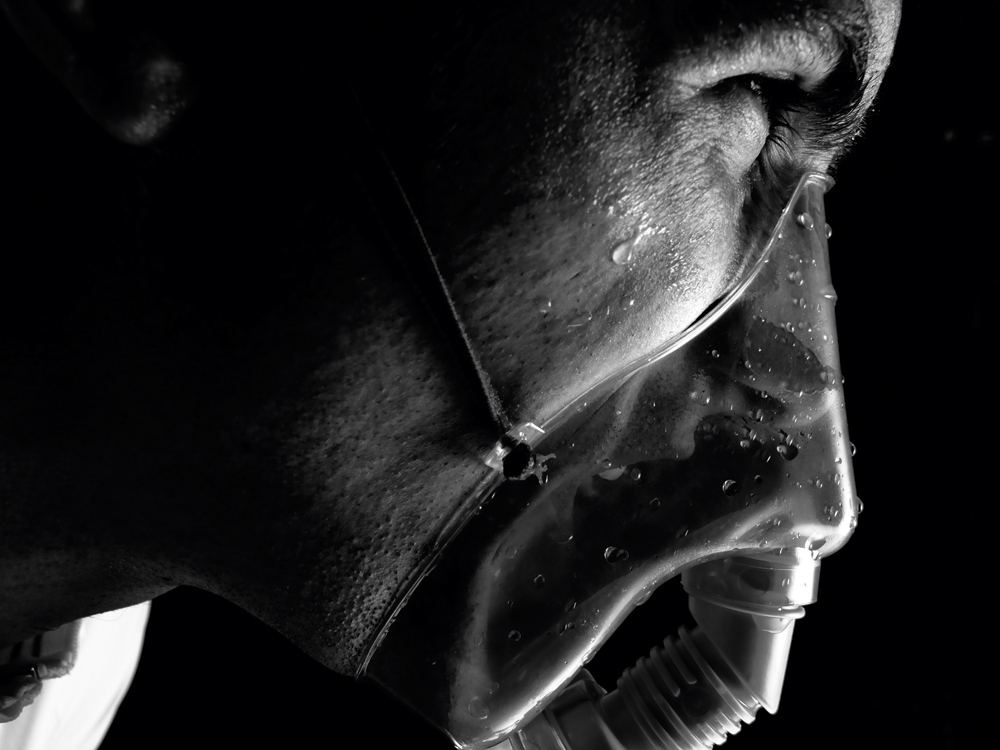 ‘VO2 max is not the whole story,’ says Disley. ‘Factors such as efficiency of motion and how long you can maintain a certain percentage have a big impact on performance. VO2 max is only part of a box of tricks, not the box itself.’

In fact with the advances of on-bike technology the days of VO2 max may well be numbered. ‘From my point of view power is beginning to leave VO2 max behind as a performance metric,’ says Disley. ‘And the more affordable power meters become the more that will continue. You don’t have to go into a laboratory to get the figures – you can easily measure it on your own. For your average amateur cyclist VO2 max isn’t anything you need to worry about any more, and it’s not something riders should feel too disheartened with if they’re sitting in the middle fifties. There’s more to performance than that alone – being able to transfer the metabolic use of oxygen to your chosen sport is what takes the training.

‘If you have a guy who’s got a massive VO2 max like a runner or a rower and stick them on a bike, their performance is unlikely to transfer over,’ Disley says. ‘Better yet, get a pro cyclist to run competitively and they would obviously have a huge VO2 max, but they’d probably run like an idiot!’

Kings (and Queen)
of the VO2 max

Despite it not being the most reliable predictor of performance, a high VO2 max is worn like a badge of honour. With an average untrained healthy male clocking in at 25-40mL/(kg min) and an equivalent  female hitting 27-31mL/(kg min), these figures reveal how far an everyman has to go to take on the pros.

Unless you have a power meter, the easiest (if fairly inaccurate) way to find out your VO2 max is to step on a treadmill and use something called
the Bruce Protocol method.

Restart the treadmill at a speed of 2.7kmh, set to an incline of 10%. Round up the speed if your treadmill’s increments aren’t that small. Start running.

Every three minutes increase the speed by 1.3kmh and the incline by 2% and run until you can run no more. 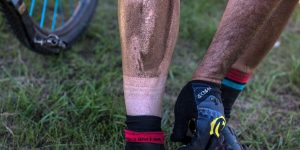 They call it the Queen stage. Race organisers gift one day of their respective race with t...