Like the brand it’s named after, the Gran Fondo Santini is
steeped in cycling history and very Italian. That means
glorious views, fast riders and lots and lots of climbing

Bormio is Cyclist’s kind of town. Situated in the Lombardy region of the northern Italian Alps, every other hotel appears to have some sort of cycling paraphernalia attached to its façade to indicate their love of two-wheeled tourism. The Hotel Funivia where I’m staying is one such establishment. If the bicycle sculpture outside isn’t clue enough, the secure basement lock-up – which also houses its own workshop and mechanic – gives the game away. Plus they serve pasta breakfasts for those traditionalists who still believe in that kind of thing. It’s no surprise that Bormio is so enamoured of cyclists. They’re a big part of the town’s economy, situated as it is at the base of the Stelvio Pass, the legendary climb that regularly features
in the Giro and makes – or breaks – many a cycling legend. The top of this giant killer is where this race will end, which is probably why I feel so apprehensive and everyone else has a face like thunder. 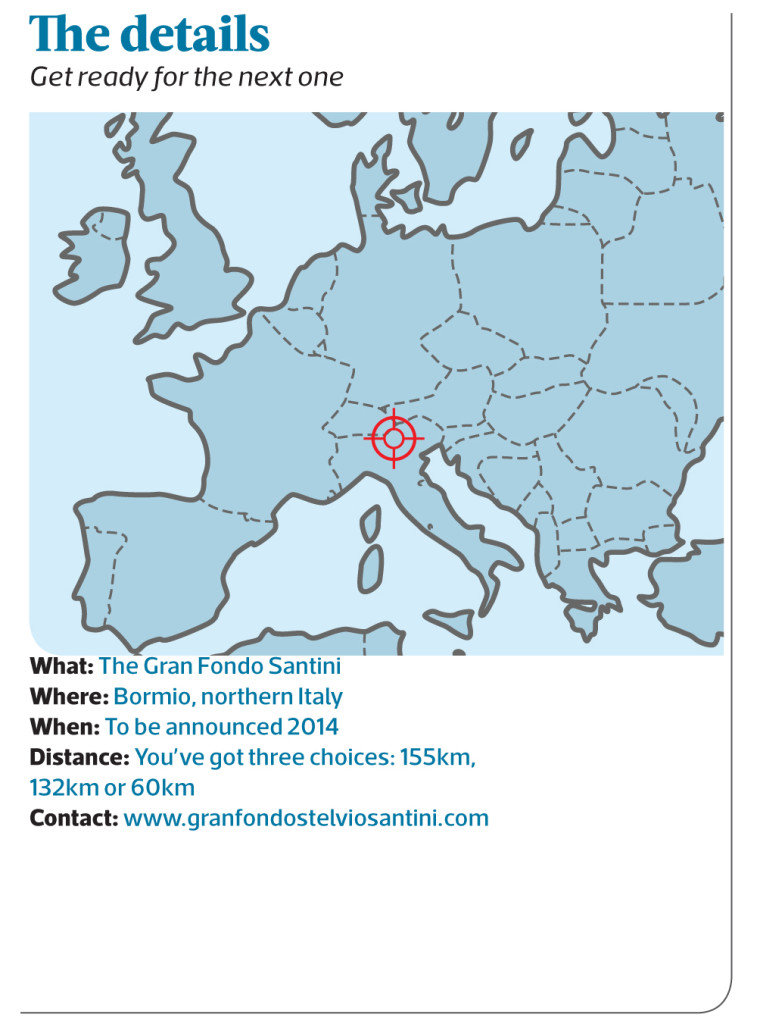 One of the charms of the region is its remoteness, although this does mean there’s a transfer time of two and a half hours from the nearest airport of Orio al Serio, near Bergamo (home of Santini). Prepare yourself, not just for the ride, but for the three days of travel. Emirates will take you from Sydney or Melbourne to Dubai, followed by a connecting flight to Istanbul and another to Milan.

With such an iconic cycling location on the doorstep there’s a lot of bicycle love to be found in Bormio, with many of the hotels more than accommodating to those of a two-wheeled persuasion. We stayed at the Hotel Funivia (www.hotelfunivia.it), which offered a secure basement lock-up for the bikes, an onsite mechanic and an early pasta breakfast for those who can face fusilli at five in the morning. Prices start at $99 a night.

Big thanks to Paola and Monica Santini who arranged the whole trip and looked after us both before and after the race.

The full version of this article will be available in future issues of Cyclist. Keep up to date with the best roads to cycle by subscribing at: magshop.com.au/Cyclist or via iTunes https://itunes.apple.com/au/app/cyclist-australia/id602436026?mt=8. 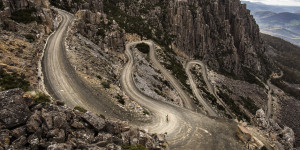 Tasmania has produced some of the best riders on the world stage, so what’s its secret?