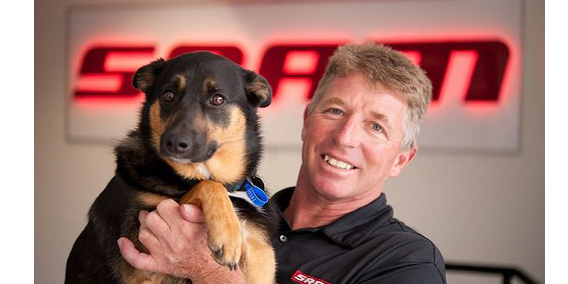 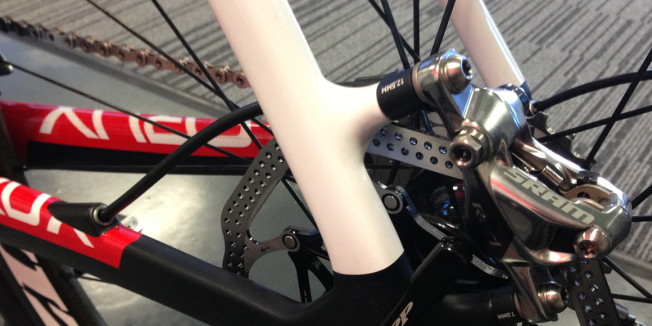 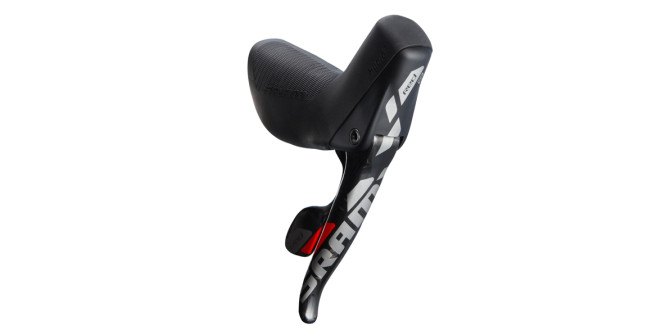 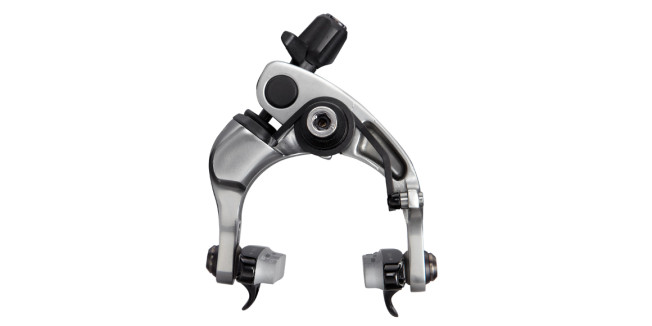 Cyclist: Why has it taken so long to get hydraulic disc brakes onto road bikes?

Rob Eva: There is a healthy balance to get a disc brake working on a road bike. The primary reason why it’s taken so long is balancing modulation and then power from the hand to the lever to the wheel. We think we have a good balance now. It’s all-new, specifically designed for the road and we have done a lot of testing with the size of pistons on the front and back before getting it right. You want a little more power on the front and a little more on the back.

The balance is concerned with modulation as number one. Modulation is very important, not power. If it’s got too much power that is a big issue because you are really restricted by the tyre/road interface. The majority of my bikes are now running 25mm tyres, they are quicker and there is now more tyre on the road. That means you can start working with better brakes.

Cyclist: In terms of heat dispersion, are there any issues with a road calliper considering you could be descending for a long period of time? Do consumers need to be educated on how to ride disc brakes?

Rob Eva: All of our testing, in some of the worst-case scenarios with say the heaviest guy and smallest rotor size, has come up extremely well. I’ve done a lot of testing at Mt Hotham, Buffalo, Baw Baw (Victorian Alps, Australia) and around the country but to have a brake pump-up to such an extent where he fails? That’s not even in my thought process. I’m more worried about blowing a tyre. I don’t think it’s going to be an issue for the majority of people.

Cyclist: What about the disc brake application for road racing? Does everyone need to be using disc brakes for it to be accepted?

Rob Eva: I’ve gone through technology changes in the sport before and any scare tactics out there is just hocus-pocus. Everyone can control a brake. There is an advantage with [disc] braking but that doesn’t mean the person using discs will all of a sudden start locking-up their brakes. They will have more control and will be able to squeeze the lever with less effort to get the same effect. I would imagine anyone with a rim brake could lock it up so that becomes a non-argument. The modulation becomes the argument. Should the entire peloton be using disc brakes? I don’t think it is necessary. Teams should have a choice because the weight-weenies will say ‘I will never use this’ and that’s fine. I think the consumer will make the decision, not the bike brands.

Cyclist: Will it be ready for next season?

Rob Eva: I think it will be tough, especially for neutral support but we could build a wheel that could do both at least in the transfer period. We do neutral race support so if we have to do both types of wheels we will. I certainly won’t be going back. I’ addicted to it, especially the new lever. 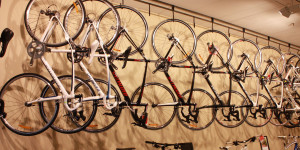