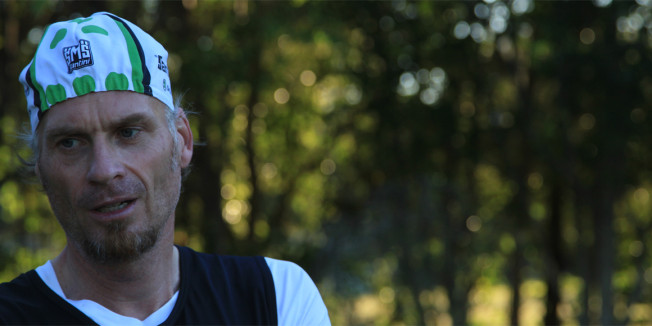 An Australian cycling legend, Patrick Jonker, has been around for decades and knows a thing, or two, about what makes a cyclist a legend

Where is your favourite spot in the world to cycle?

I’d have to say Italy, I really love cycling there. I used to race the Giro, the north of Italy near Switzerland, the Dolomites, and there is just a spectacular view that you can never quite get over.

Are amazing views what you’re after in a ride?

Nowadays, it’s definitely something I look for. When you’re competitively racing all you really see is the rider in front of you, but now I have the time to appreciate my surroundings. Sometimes I work as a guide and when I’m up in the Italian mountains I get time to look around, which is nice. One of the great things about cycling is enjoying the environment you are in. The best way to see the world is on a bike.

What was your greatest sporting moment?

It would have to be the Tour de France in 1996. The sheer magnitude of it was overwhelming. I had raced the Olympics a few times, and the Olympic Games are very important, but for a Cyclist I think the Tour de France is the pinnacle of the sport. To be just outside the top ten overall, for me, was probably one of my greatest achievements. It is was difficult getting to the starting line, let alone doing well. It’s harder to be selected for the Tour de France than the Olympics so it was a massive moment for me. I may not have won anything, but I was there and that was enough. I would have liked to finish my career with both an Olympic medal and a top ten in the Tour, but dreams don’t always come true. Winning the Tour Down Under was a special way to end my racing career though. It is something that will stick with me forever.

Who was your role model as a cyclist?

I met Eddie Merckx when I young because I raced with his son Axel. He is the best cyclist of all time. I learnt a lot from Eddie’s attitude and how he approached races. When I was around 19 or 20 he said to that an elite sport is really 70% mental, but when your young you don’t understand that. It’s not until you’re 30 you realise that to achieve at such a high level of sport a big part of it is psychological. If you crash or feel horrible and sore, to then keep an optimistic frame of mind is really what the older generation have tried to teach me along the way. Eddie Merckx is definitely greatest athlete I’ve ever met.

What makes a successful cyclist?

Those who succeed at a young age are those who understand that as an elite athlete you must be psychologically as well as mentally prepared for a long race. If you can keep the right mind frame, be really positive, and still try tell yourself ‘it’s going to get better later on, or maybe tomorrow or the day after…’ eventually you will achieve a lot more than you thought you could. If you can master this you will become a champion sooner rather than later in life.

What do you love most about cycling?

That you don’t think it’s achievable. For example with the Tour, you think that it’s not possible to ride three weeks, for seven hours a day, at a high pace, 40km/h up the mountains, and come out alright in the end. The attraction is that it seems unattainable. There is a real challenge in doing something when you’re not sure you’ll even make it to the finish line. That’s where the sport gets you hooked, wanting to finish.

An Italian one. During the 90s it was the Colnago and today it is probably the specialised version of it. The bikes are much more comfortable, and lighter, and absorb a lot more shock than they did a decades ago. I wish we had specialised bikes back when we were racing, it would have made my job a little easier.

If you could describe cycling in one word what would it be?

A challenge. There is no glory in it, like you have in tennis or golf. You can also describe it as pain. Maybe pain is a better word. For me, it was pain more than a challenge. Pain is probably more fitting. 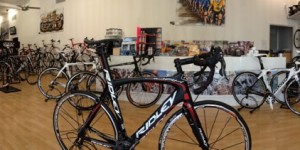