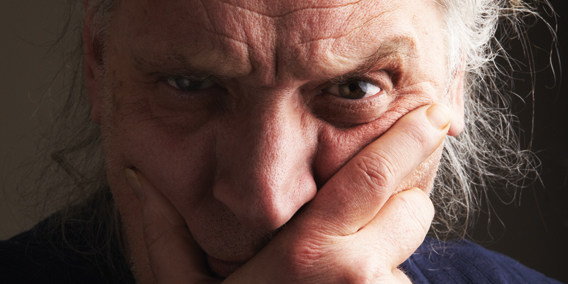 The legendary Italian frame builder tells Cyclist about creating bikes for the pros and why, for him, nostalgia is a thing of the past

Cyclist: We hear you used to make frames for professional riders for other brands. Is that true?

Dario Pegoretti: In the past I worked like a contractor, making bikes for pro riders for more than 30 years. But it was really just a job, just a question of money. It’s my past and I prefer to look at the future. When people ask me about the past, about building for the pros, I have to be honest and say it was not a very interesting job. I just received a piece of paper with the dimension of the seat tube, top tube and head tube angle, and I built the frame. I took some pride that they probably sought my talent to weld a joint in the frame, but I think it’s more interesting to have young people in front of me and to fit them perfectly to the bike.

Cyc: You’re considered something of an artisan of steel. Why is it that you have such an affinity for the material?

DP: Just for one reason, because I started my career in 1975, and then there was only steel. So steel is my main material because it’s the material that I know better than the others, but I am open to any materials. I have a little bit of knowledge about carbon, and I’ve built some titanium frames and some aluminium frames. I do make an aluminium stock model [Love #3], but less than 15% of my frames are built with aluminium. Steel is just the material I know best.

Cyc: Which material best serves the purpose for custom-build bikes? 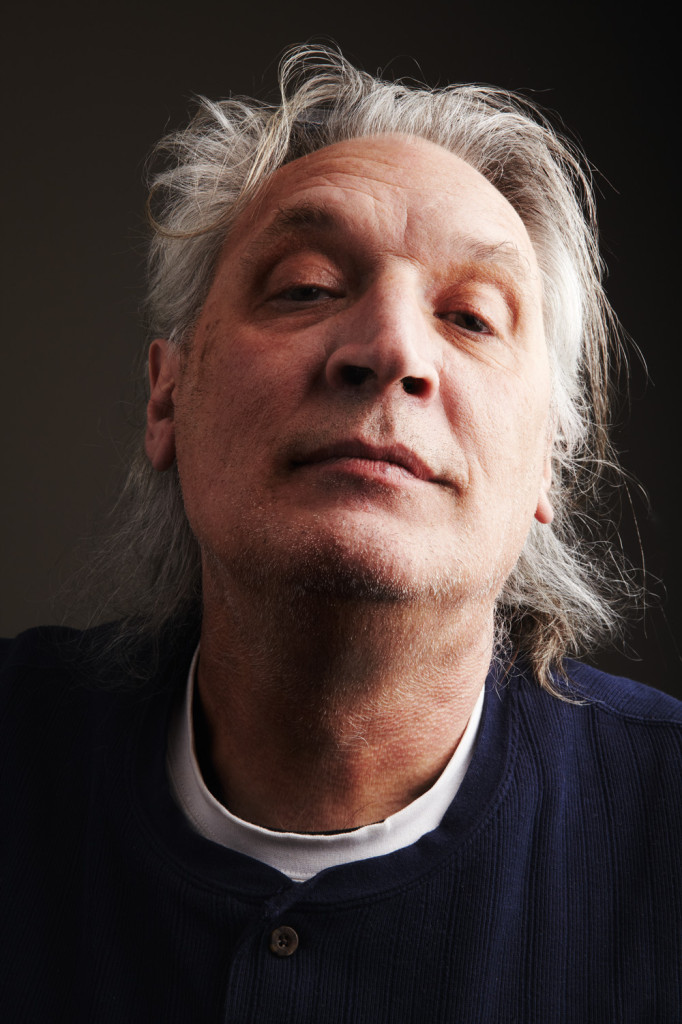 Cyc: Would you consider your end product to be close to the perfect bike for your customer?

DP: The perfect bike doesn’t exist in my opinion – it’s a kind of dream. It’s very important to know the customer and their plans for the bike, whether it’s going to be purely recreational, diehard racing or for riding gran fondos. Then you can decide what kind of tubeset to use for each specific customer.

Cyc: Would you ever consider working with carbon fibre?

DP: I don’t build any frames with carbon, but it is a beautiful material. I think one of the biggest problems with carbon fibre is that it always has to be so light. Everyone wants very lightweight frames, and in my opinion that doesn’t make sense. I think it’s possible to build a beautiful carbon frame but not at the weight that is demanded by the market now, because carbon is a material and must follow the same rules as the others. But I think it is possible to build a beautiful 1kg carbon frame.

Cyc: Do you think customers are sometimes worse off with carbon frames as opposed to custom metal?

DP: It’s not a question of better or worse. I think there are several reasons, mostly marketing-related, why big teams ride carbon fibre. The whole nature of pro teams has changed a lot over the last ten years – it’s completely different from the 90s. And you know, we as custom builders have the customer as the priority. Now, I don’t know if it’s correct to say this, but I think the industry has money as the priority.

Cyc: Have you ever worked with stainless steel?

DP: I introduced my first stainless steel frame in 2006, with Columbus XCr tubing, and I think it has a lot of possibilities, especially in some markets. There are some regions, especially in the Far East, where there is high humidity and salty air. That’s not really good for steel because it can rust very easily, whereas stainless steel is completely rustproof. There isn’t a great advantage in performance though.

Cyc: How do you feel about the new generation of custom steel frame builders?

DP: Ah, I love the new frame builders. There was more than a decade where nobody got excited about frame building – from the beginning of the 1990s until 2005 – but now there is a great interest in it. I receive requests for apprenticeships every year. I receive so many emails from young people who want to build frames and need some information and I love to share what I know. I’ve hosted workshops in the past – normally very short, four or five days. Frame building is really a very simple process, it’s not complicated. I remember back in 1975 I started with nothing – just a file and a torch. 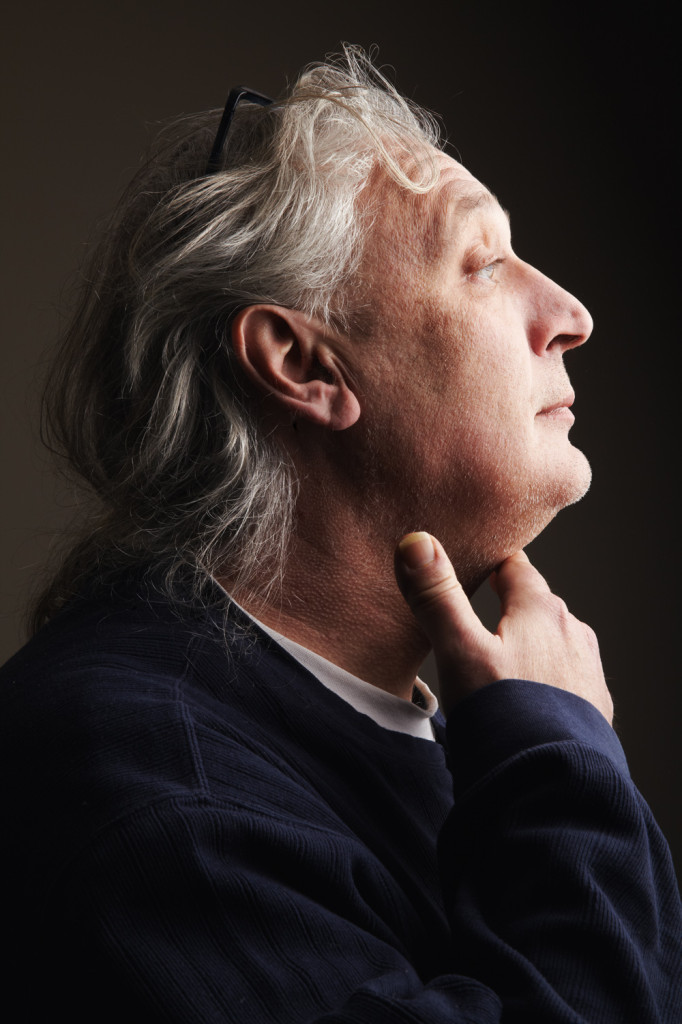 Cyc: What would you say is the most common mistake among new frame builders?

DP: At the beginning many people think that to build a frame is just to learn how to weld or braze, but it really isn’t. The more difficult point for a builder to reach is to have an idea about the fitting of the customer and the geometry of the frame. This requires a lot of experience and a lot of time to understand.

Cyc: One of your protégés was Dániel Merényi, who now has his own rival frame-building business. Are you still on good terms?

DP: Dániel is a guy who came from Hungary and stayed with us at the shop for four years. He came to the shop one day and said to me, ‘I want to be a frame builder, I want to stay here at your shop for one year for free.’ I thought he was crazy. He stayed with us for more than four years. He is a good guy, we still have a good relationship. He is a little bit Hungarian sometimes. I said to Dániel, ‘Come on, open your mind, you are young!’ But if you look at his design you can see he loves the old-fashioned stuff. At the end of the day he is a designer by trade. He created some beautiful paint jobs at the shop, and
I don’t understand why he doesn’t use his talent on his own bicycles.

Cyc: Your paint jobs are legendary. Are they a focal point of your process?

Cyc: Steel bikes tend to be classically styled, but your bikes seem to carry a modern style. Do you consider that important?

DP: I don’t know why, but many young frame builders have a passion for the past; they reflect the spirit of the 60s or 70s. Me, I love to build my bikes, and the most difficult part of the job is to give a strong imprint to your products. It’s impossible to give a strong imprint if you look at the past. I think it’s because they are young. Take Dániel for example. He’s 35, and when I was 35 I was the same – I looked back at the likes of Ugo De Rosa. But I think they have a good opportunity now. In my opinion frame building will grow up a lot in the next ten years, because people are discovering handmade work and growing a little bit tired of mass production. There’s a great interest in the idea that customers can save, and preserve, a form of art. Make something with your hands, not with your money.

Colin Levitch sat down with Jeremy Peterson the owner of Venture Cycles to chat about moun...