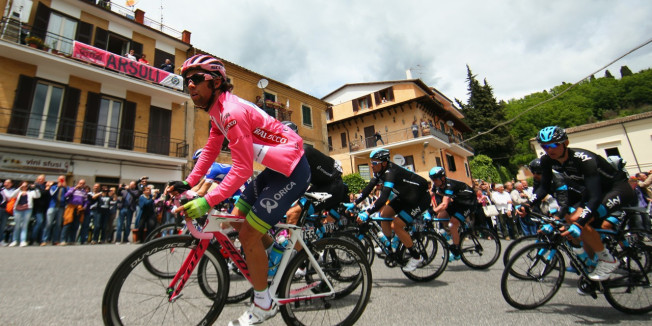 He’s one of Australia’s fastest-rising cycling stars and he’s building up quite the list of major wins having captured the race lead along with a stage win at this year’s Giro d’Italia. Cyclist sat down with Michael Matthews a while back to chat about his ambitions, which seems to be right on track to become a reality.

Last year he achieved two stage wins and a stint in the maglia rosa at the Giro, bookended with an uphill stage win and a few days in the maillot rojo at the Vuelta a España and a start in the Australian National Team for the UCI Road World Championships. They’re achievements far from the reach of most in the pro peloton, let alone a 24-year-old in a single season. But for Michael Matthews, his 2014 season was simply been about setting targets, strategic planning and execution with the help of his Orica-GreenEdge team-mates. It’s a formula with which the Aussie WorldTour squad has become particularly adept, and it has led to resounding success thus far. The model has seemed to flow almost seamlessly into the 2015 season. 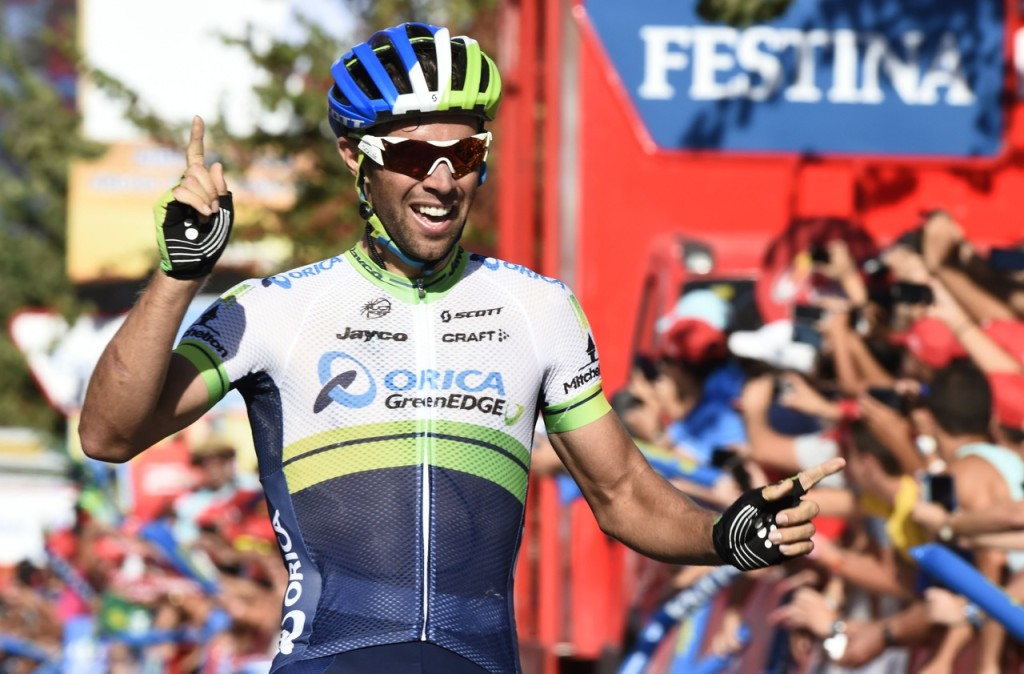 When we spoke to the man they call “Bling”, he was having a rest day of sorts. Halfway through last year’s Vuelta a España – his second Grand Tour of 2014 – and had already notched up a stage win and a few red jerseys to take home. With over 60 days of racing in his legs, he remained upbeat about what was to come. ‘I’m really happy with my progression in the WorldTour because I’ve shown I can be amongst the best on the flat stages and then also amongst the top guys for the uphill sprints,’ Matthews told Cyclist at the time. ‘I’m mainly just having fun and just playing around with what’s possible.’ 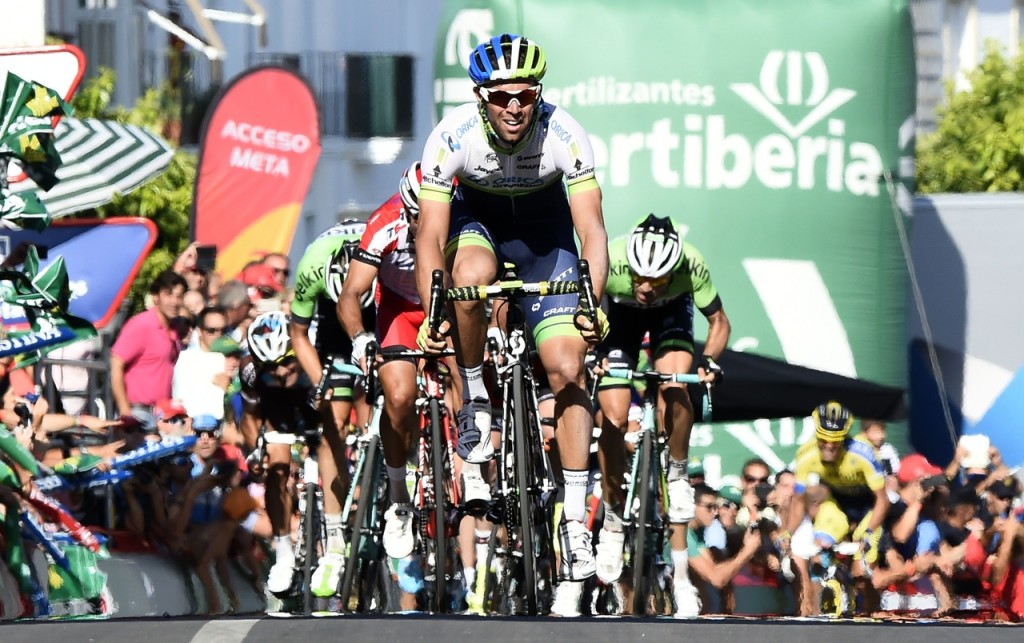 Having crashed out of what should have been his first Tour de France before the race even began, it’s encouraging to hear the former U23 Road World Champion (2010) so calm and confident. The entire 2014 season – even after two stage wins and a stint in the lead at the Giro d’Italia – was aimed towards hitting top form for the Tour, but just days before the Grand Depart the race’s first-week goals had to be scrapped when he crashed heavily during a training ride, leaving him with cuts, abrasions and six stitches in his right palm. Far from sulking, he went home, reassessed and rebuilt for Spain’s Grand Tour and the subsequent Road World Championships in Ponferrada. 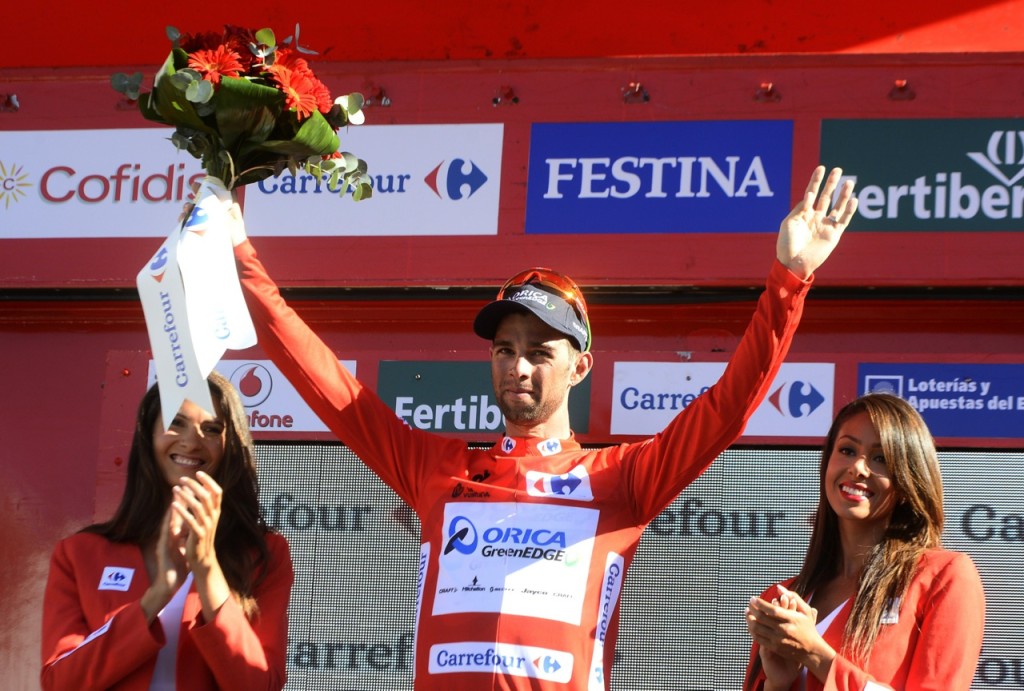 ‘My whole season was based around being in the best possible shape for the Tour de France and it really threw a spanner in the works. So my coach Brian Stephens, my fiancé and I sat down and analysed a lot of the races coming up and tried to move on and start preparation for the Vuelta as soon as possible. It was hard, but the longer you sit there, the more time you’re wasting. We made the best decision possible and just stuck with it,’ Matthews told Cyclist.

Matthews has already shown tremendous development in the senior ranks and last season is far from the pinnacle, according to the Canberra native. 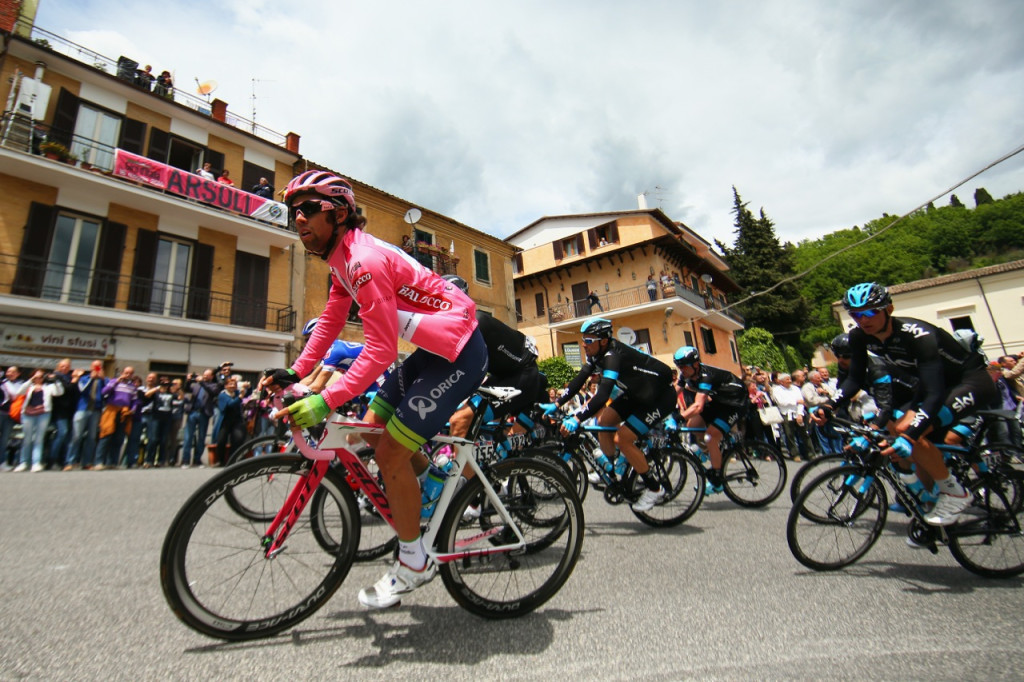 His 14th place at the Worlds in 2014 may not have been the result he wanted personally, but he demonstrated he’s got the minerals for the tougher and longer one-day races. He showed this at the Ardennes Classics this year, following what looked like the race winning move at Amstel Gold before finishing on the podium in third place.

‘The way I’m progressing at the moment those types of races are suiting me more each time I do them.’

It’s clear Matthews knows what to do to achieve his season’s objectives and if there’s one thing at which his Orica-GreenEdge squad are masters, it’s pin pointing a race or stage and then implementing the plan to achieve that goal. With Matthews having put pen to paper for another two years, expect to see plenty more of the bubbly stuff flowing from his direction.

Watch the Orica-GreenEdge Backstage Pass from Stage 3 below. 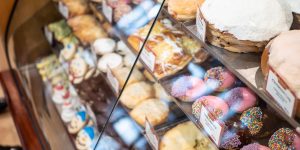