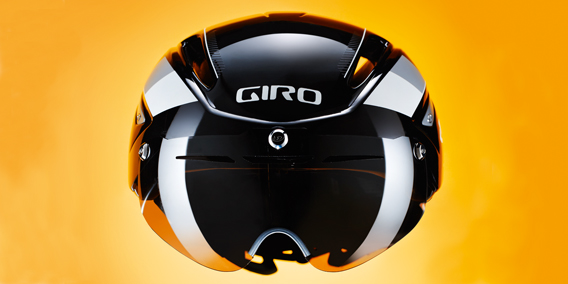 A revelation in styling and performance for all types of riding

Since pro teams turned up at major races with streamlined helmets, aerodynamics have become the hot topic in helmet design. Giro’s new Air Attack is just one example of how aero innovations are trickling down to mainstream consumers.

Rob Wesson, who led the team of designers at Giro, says, “The impetus of the project was to come out with a road helmet with aerodynamic benefits that could be worn in more events than just a time-trial thanks to having the venting and styling of a traditional road helmet. We were trying to position it between our TT Selector and our Aeon road helmet.”

While that seems like the perfect mid-ground, the appearance is likely to be polarising, according to Giro brand manager Eric Richter. “Aesthetically the shape challenges conventions – some riders like it, while others are more hesitant because it ‘looks hot’ or it ‘looks like a skate helmet’. But the performance gains are noticeable and rider perception changes when they try it.”

The Air Attack’s vents may not look very effective, but thanks to Giro’s Roc-Loc system causing the helmet to sit 3mm above the head, it’s claimed to be nearly as cool as not wearing a helmet at all. As for the style snobs, the potential speed gains may well overturn prejudices – Giro says that over a 90km TT the helmet saves 41 seconds over the Aeon. It’s worth remembering, though, that a full aero helmet would save more. In Giro’s study, its Selector shaved off a further 30 seconds.

Something that really separates the Air Attack from a conventional road helmet though, is the ‘shield’ option (the removable shades at the front). The screen is attached with magnets so can quickly be switched upside down and re-attached to the helmet – avoiding the dash to stash your sunglasses.

“If you don’t ride with a shield or glasses, your drag goes up as air circulates around your nose and your eyes. Size was a problem – the larger the shield the better the aero benefits, but larger shields don’t offer such nice optics, so we opted for a smaller shield.” 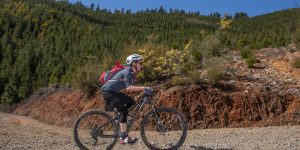 A gravel ride organised by a brewery in one of Australia’s most scenic alpine riding loc...