The 17th edition of the Santos Tour Down Under will return next January with new race routes across South Australia.

Race Director Mike Turtur said the course was developed to give sprinters, climbers and all-rounders an equal chance at victory, while also showcasing the city and regional South Australia.

“Next year’s race has some new locations as well as seeing some of our old favourites return. It always a challenge to keep the race fresh and exciting,” Mike Turtur said.

“In an event first there will be a stage finish in the Adelaide Hills town of Paracombe, the smallest rural spot to ever host a stage.”

Race Director Mike Turtur is pleased with the balance achieved in the race stages.

“Stage 1 from Tanunda to Campbelltown will see us get off to a spectacular start with no race neutral and racing starting straight out of the township. The new finish location in Campbelltown, presents a very tough, uphill sprint which will demand perfect timing by the sprinters,” Mr Turtur said.

“There will be two loops through the Barossa before riders tackle Checker Hill in the opposite direction to usual and power towards the finish line.

“The new finish at Paracombe and the climb up Torrens Hill Road will make for a very interesting stage. We are returning to Glenelg after many years for a stage start which will be a highlight for Bupa Stage 4 as well as the Bupa Challenge Tour and on the same day a new finish location in Mount Barker.

Entries are now open for the Bupa Challenge Tour and all participants are encouraged to join the Cancer Council SA’s fundraising efforts and Ride for a Reason. For those who would rather run than ride, expressions of interest are also now open for the People’s Choice Undies Run for Bowel Cancer on Sunday 18 January. 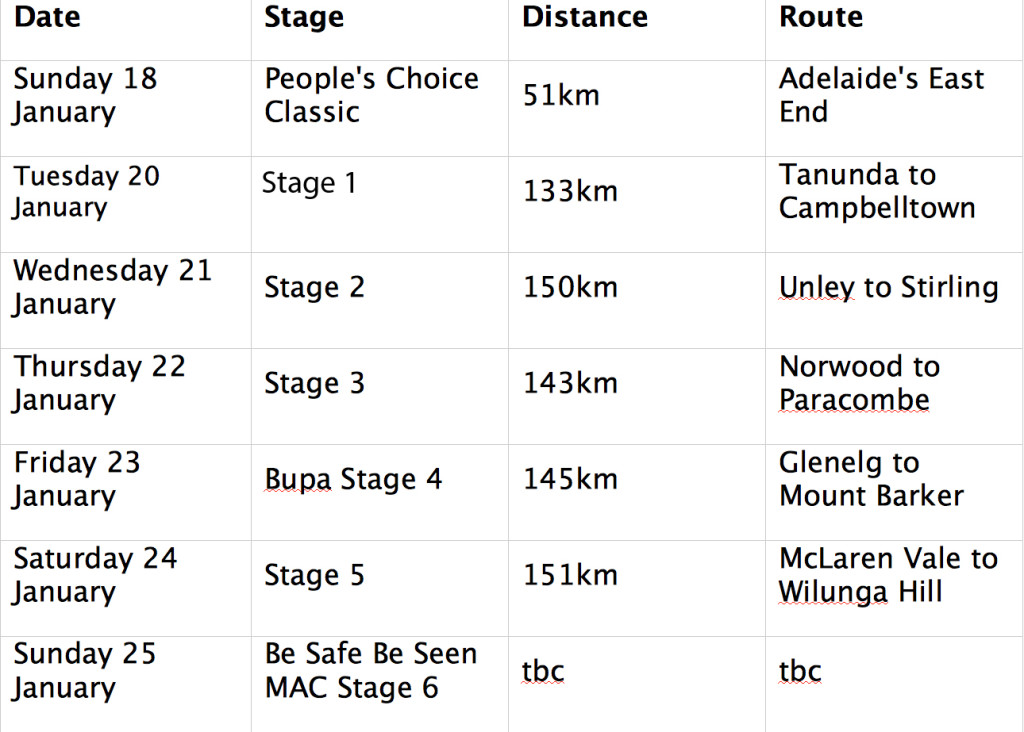 The 2015 Santos Tour Down Under – Race Route 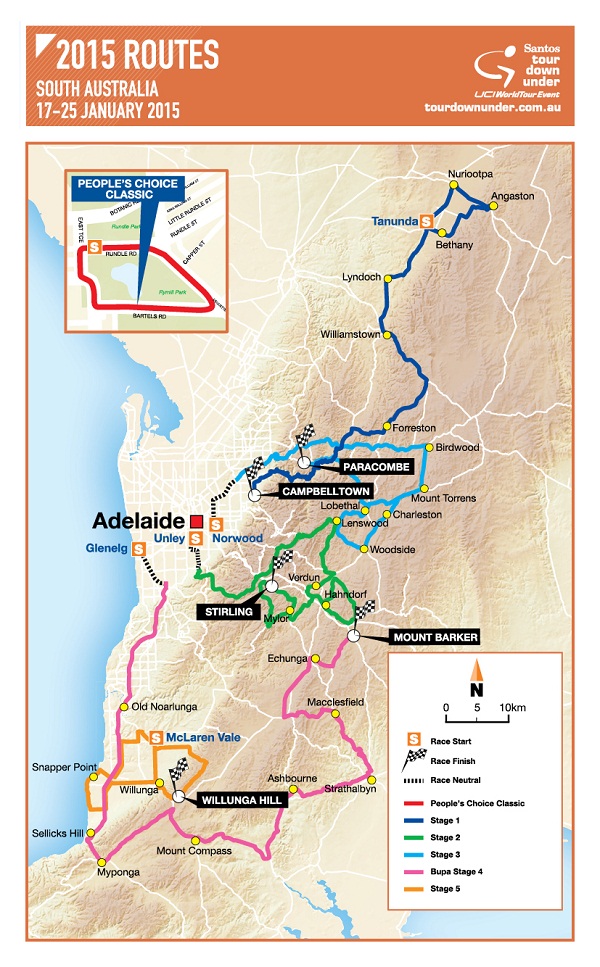 Take on South East Queensland’s best cycling over the October long weekend! The only...