Every journey has a beginning but the Mongolia Bike Challenge has it’s own set of particulars worth considering before lining up. Cyclist gets the nitty gritty from former professional Justin Morris after his experience during the 2017 race.

It began with an idea from Cyclist photographer and adventure-hungry photographer Tim Bardsley-Smith. ‘You guys should race The Pioneer in New Zealand’. Tim showed off a few thousand images from his first year capturing the race and after some repeated peer pressure, I crumbled, found a last-minute teammate and lined up at the start at Christchurch Adventure Park. Justin Morris, ‘fresh’ off a win at the Simpson Desert Bike Challenge, was there ticking off another stage race to add to his varied palmarès that also includes two seasons racing at the Professional Continental ranks.

We were promised to ‘Find Stunning, Character and Welcome’. Whatever we found across those seven days remained and I landed home in Australia hungry for more – after some much-needed downtime of course. That was February 2017 and the bug of off-road stage racing had well and truly dug its way deep into my heart. It was summer time and with the cooler months looming, I needed another challenge(s). The Crocodile Trophy was a race I’d dreamed about since my early 20s.

Imagery of riders from across the globe (the majority of entrants come from Europe) bashing their way across the corrugations of outback Australia had this strangely masochistic appeal. Justin has ‘been there, done that’ and was supremely generous with his advice on how to take on Australia’s toughest MTB stage race. By late October I was driving towards the finish of this Aussie icon, fittingly located on the beach of northern Queensland’s Port Douglas. Those two week-long races, along with many hours of training in the lead-up, left me with a rejuvenated excitement for riding my bike. Just like when I was a kid, stacking the bricks under the jump ramp higher and higher after each attempt, The Pioneer and Croc felt like a step onto the next journey. 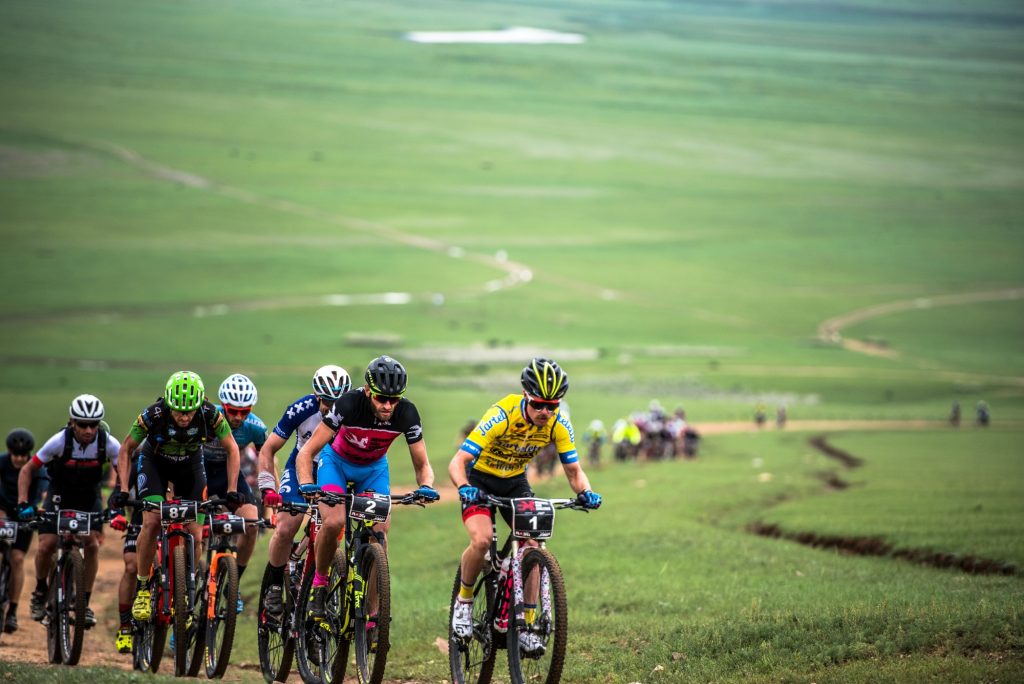 The Mongolia Bike Challenge didn’t seem like a logical step. Cycling for six days in a row across countess kilometres (apart from the Wahoo ELEMNT keeping track) is about as far from logical as most could imagine but cyclists aren’t your regular bunch. Events like the MBC transform the imagination from ‘what if’ to ‘why not’. But that doesn’t mean you can simply rock up and have a go. The MBC and others like it demand respect.

Rarely have I taken on a challenge like this without turning to friends, riding buddies, experienced industry folk or acquaintances for advice. A little extra ground work now can make the experience all the more pleasant because I’m well aware that by about Day 3, I’ll be clinging to every ounce of positive vibes I can muster. For this particular venture, I’ve again looked to others for advice.

From equipment detail through to gearing, tyre choice, hydration strategies and even clothing – thankfully the folks at Santini know a thing or two about riding and racing across pretty much any type of terrain and climate as you can imagine – the majority of my decisions have come from a recommendation. While much of my gear is provided through supported brands, there’s so much hard work (and early mornings) that go into the preparation that capitulating on equipment is absolutely not worth the risk. I ride the setup that is dialled for me. Gear excuses are not part of my repertoire.

Given the MBC isn’t your usual fondo, I was relieved to know three mates who had taken on (and finished) the race over the last few years. Sure, some things would have changed but my feeling is most of it remains just like they remember it. Justin just so happened to race the MBC last year and so, I asked him again for his tips on how to tackle the MBC. 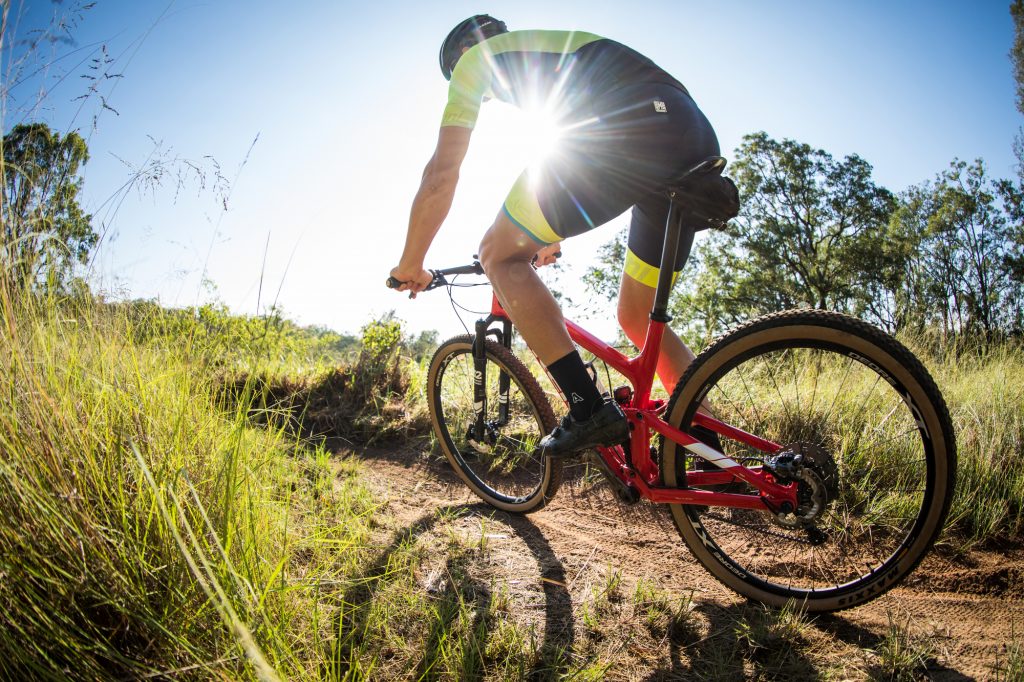 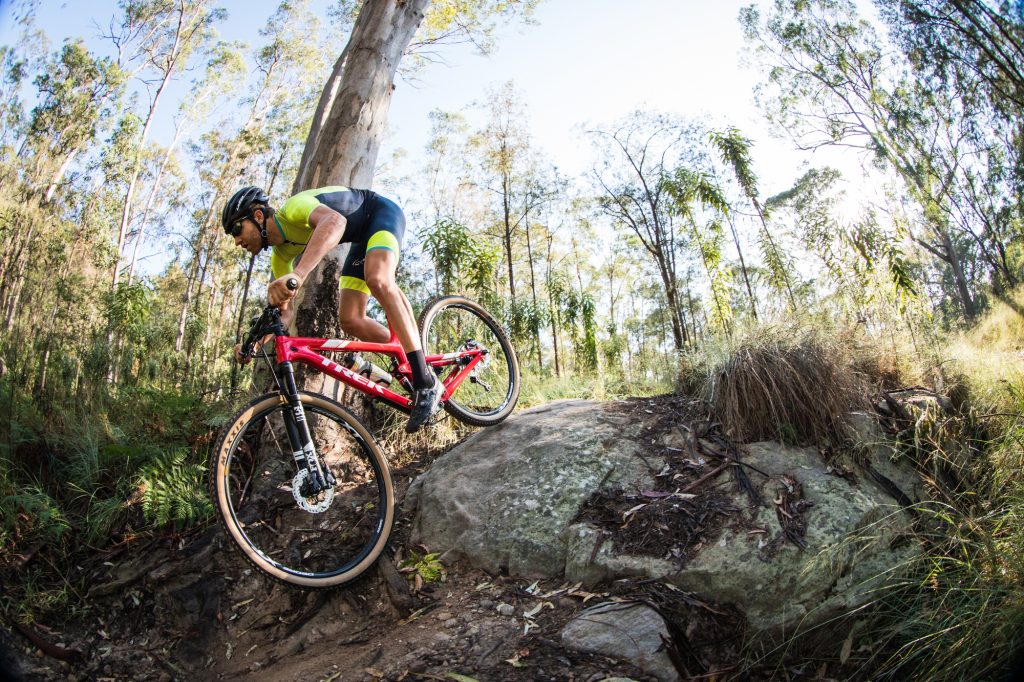 Cyclist: How many stage races have you finished, on and off-road?

Justin: Good question, I’ve never actually kept track. It would be somewhere between 50 and 100 I suppose. I’ve been racing MTB and road for 18 years.

C: I’ll be riding a Trek Top Fuel 9.8s for the MBC and Pioneer but what’s the ultimate machine, hardtail or dual suspension? 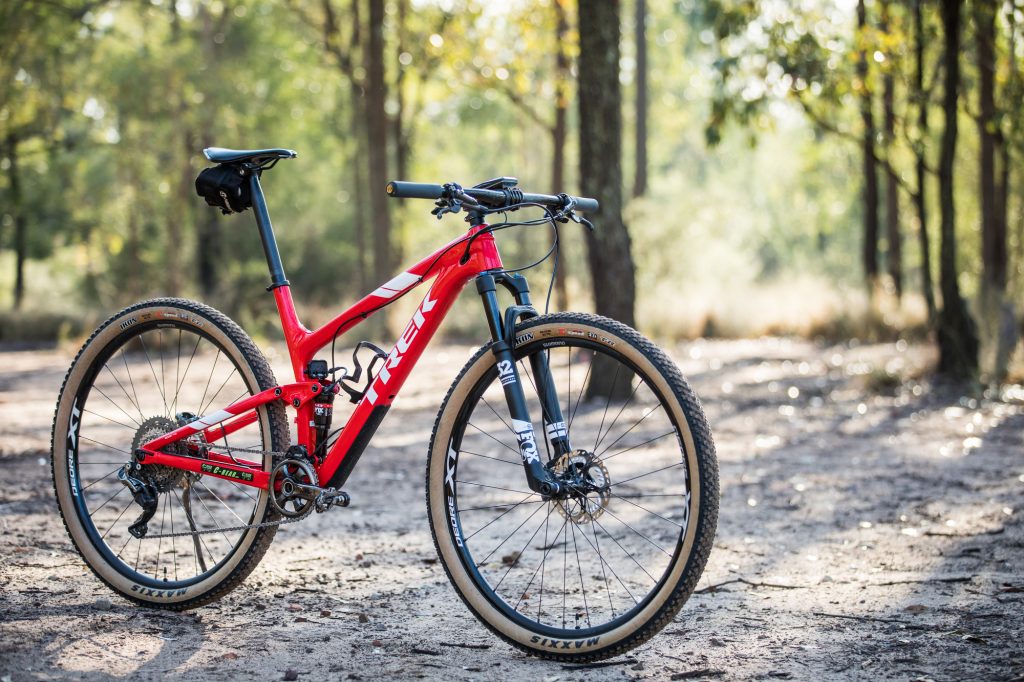 C: If you had one piece of advice for a first-time MBC rider, what would it be?

J: It will be HARD and at times, you’ll wish you never signed up but remember there is immense happiness and satisfaction in the retrospection of a race like the MBC. Like most worthwhile things in life, the good parts come with patience.

C: What was the one thing you wish you took (but forgot to take) to MBC?

J: A travel tube of soap. Borrowing soap is awkward.

C: Bottles, hydration pack or a mix of both?

J: For the rider whom is racing for the podium, it is possible on bottles alone. However, I would highly reccommend a hydration pack. Something like the Camelbak Chase Vest would be ideal for pretty much every scenario. There is a lot of rough terrain and rock gardens that can eject bottles and it is a fairly morose place to be dehydrated with only a few drips of water left in your bottle. 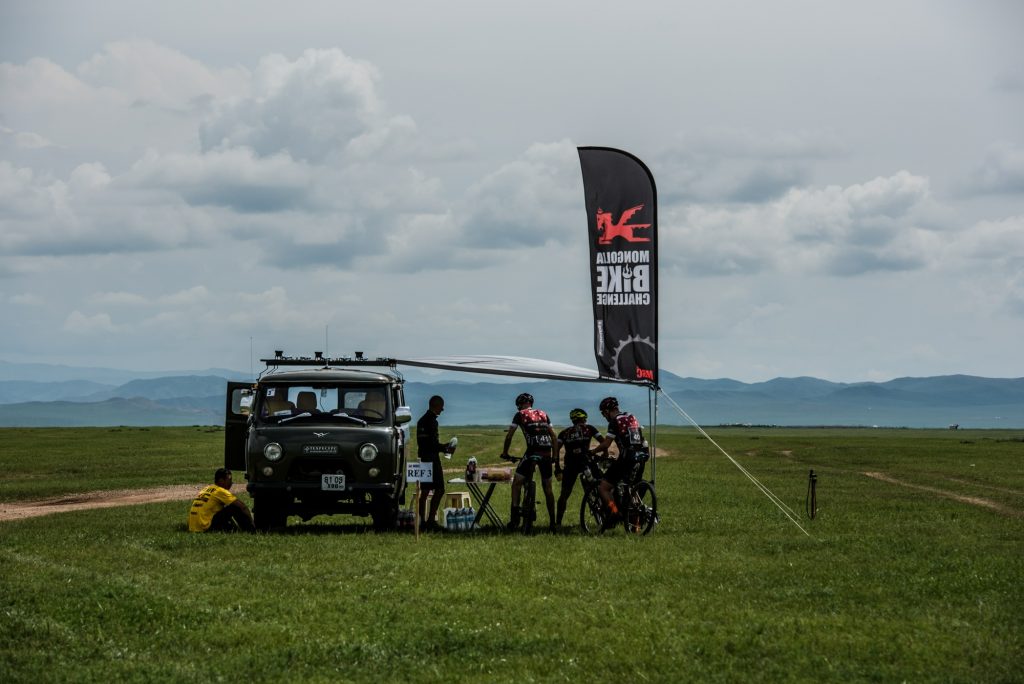 C: What are the on course feed zones like? Will I love or loathe them?

J: LOVE them. The support staff are fantastic and a very welcome and motivating sight after 30-odd kilometres smashing it on the steppe. You’ll find one every 30kms and they have plenty of [bottle] water, coke and my fave – lollies!

C: Depending on the answer above, did you/should I take all my race food with me?

J: I would carry just enough gels and bars for each stage. Saying that, there is the opportunity to have your own bottles and food transported to each feed zone. This will likely depend on your goals for the race. 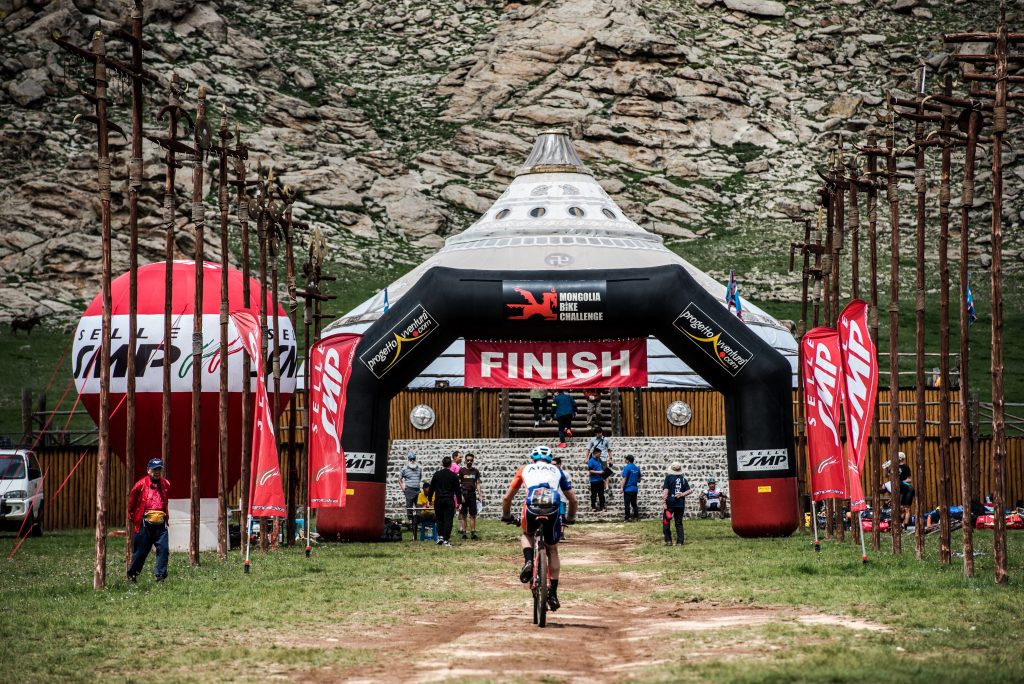 C: How do you relax after a stage?

J: It is quite nice to be away from phone reception and distractions. There is not much else to do but relax. I brought a lot of extra food with me being a diabetic, so sitting outside a yurt chowing down is my way of relaxing.

C: How many hours of training did you average in the lead up to the race?

J: Ideally if you were training to win the race and had plenty of time on your hands then 20-25 hours per week would put you in ideal shape. However, this was definitely not the case for me and is not realistic for most people. I would have been doing 10-15hrs/week and I got through just fine. I wasn’t on the pace of the lead guys but I had plenty of fitness to finish each stage.

C: How do you split your time between road and off-road training?

J: This race requires almost zero technical ability and you could get away with 95% of your training spent on the road. Getting comfortable on your MTB for extended periods would be the most pressing part of your training and being confident carrying speed over rough terrain and riding close to wheels in a group situation would help too. 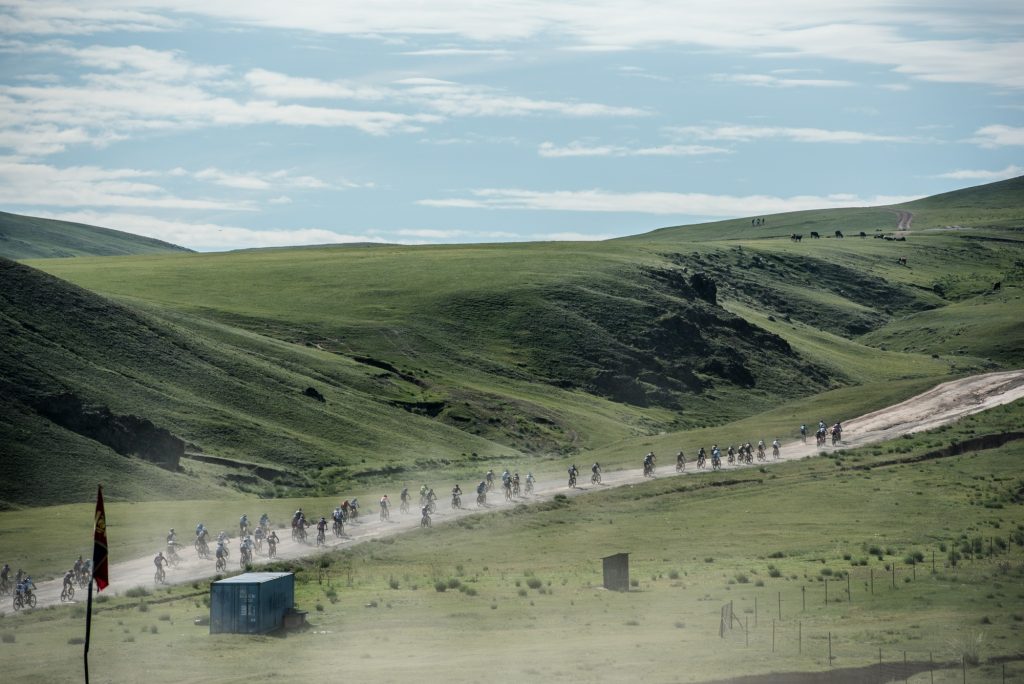 C: The stress of multi-day racing is tough enough without getting ill along the way. What are the tips for not getting sick during the race?

J: In 2017 I was lucky enough to be one of the very few whom did not get sick at all in Mongolia. It could be argued that is part of true stage race experience in the developing world to get sick. I have had a lot of experience in similar races in the past and knew the foods to avoid and sanitary techniques to stay healthy in harsh conditions. In short; unboiled water is not ideal nor is meat. Anything in a packet is good to go!

C: Is the MBC accessible from a difficulty perspective for the average weekend warrior?

J: It is a difficult race for many reasons beyond the actual cycling component. It really is an experience you will never forget and anyone can give it a go. I would suggest making it a focus of your cycling for the year and training specifically for it if you are a ‘weekend warrior’. You’ll get there and you’ll get through it with the right preparation. 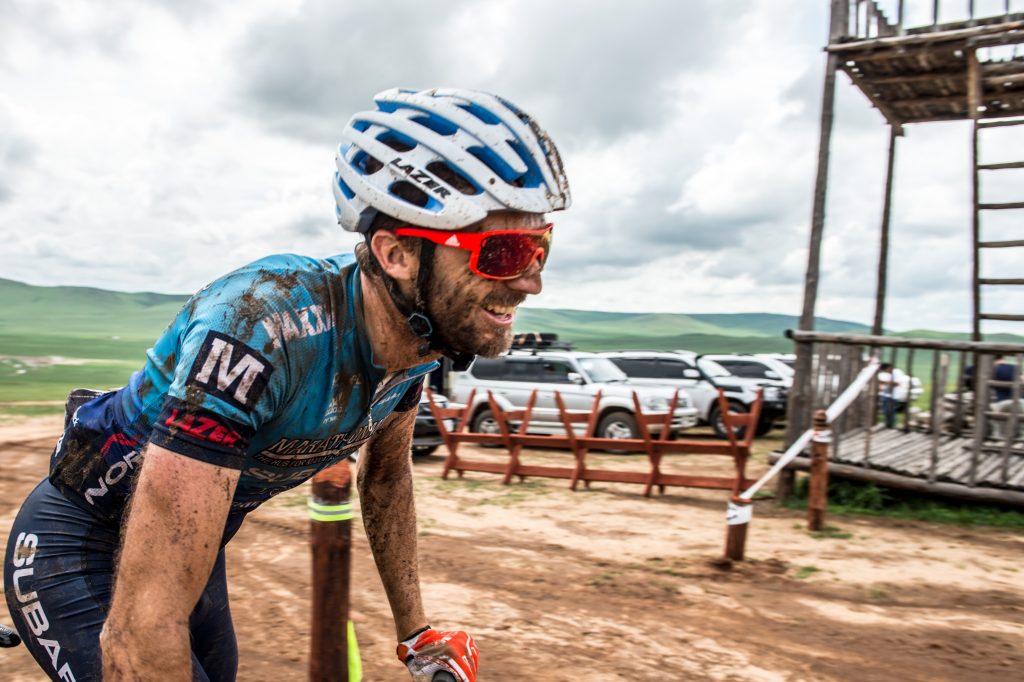 C: Anything else to add?

J: GO for it! Mongolia is an amazing part of the world and the nature of the event attracts very interesting, down to earth people. Even beyond the spectacular experience, the race has a social component that is also truly remarkable part of the event. The team running the race spearheaded – by Mr. Willy Mulonia – is also a highlight of the event. You are in very safe hands all week and the staff are such an enthusiastic, eclectic, international and charismatic bunch. It is worth going to meet them if nothing else! 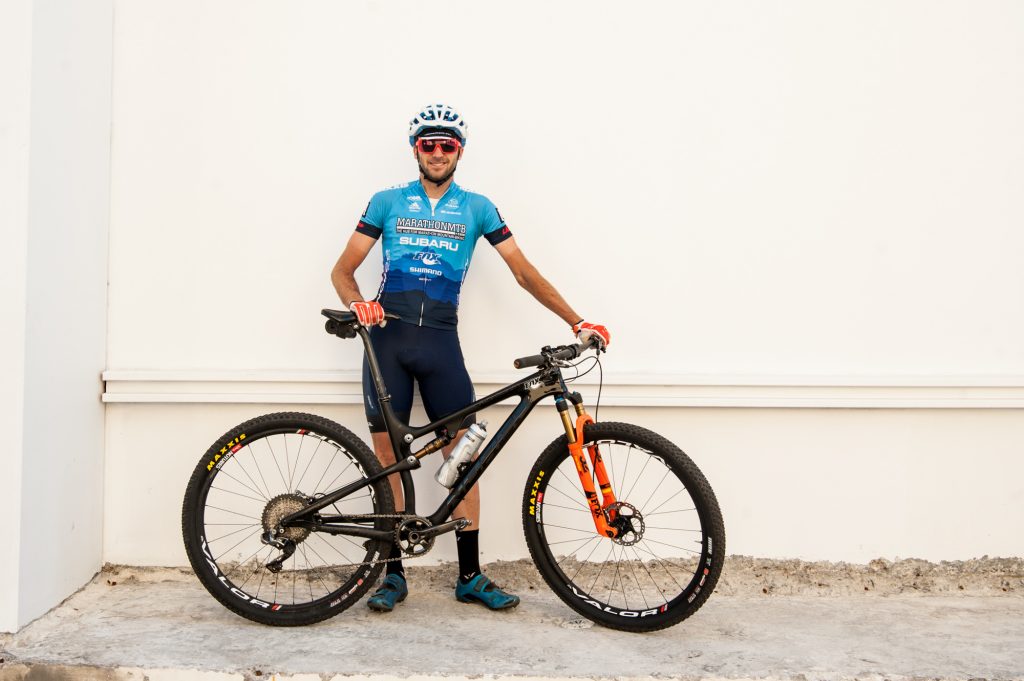 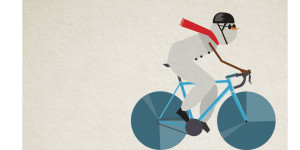 A drop in temperature translates to a reduction in speeds, Cyclist investigates There’s ...