The Trek Fuel EX, a mainstay in Trek’s stables for nearly 15 years gets a revamp for the 2020 season but most importantly retains and embraces all the trends necessary for a pure go-to bike when the trails call.

Don’t underestimate it’s capability, it is built for more than most can throw it at it. Cyclist extensively tested it’s less equipped XC sibling, the Top Fuel, at The Pioneer and even Mongolia and we were never left wanting. The Fuel EX has ride qualities we love and beefs up the options. Following the trends in trail, the new Fuel EX is even longer, slacker, bigger, fatter but with a hidden underbelly we’re most excited about. 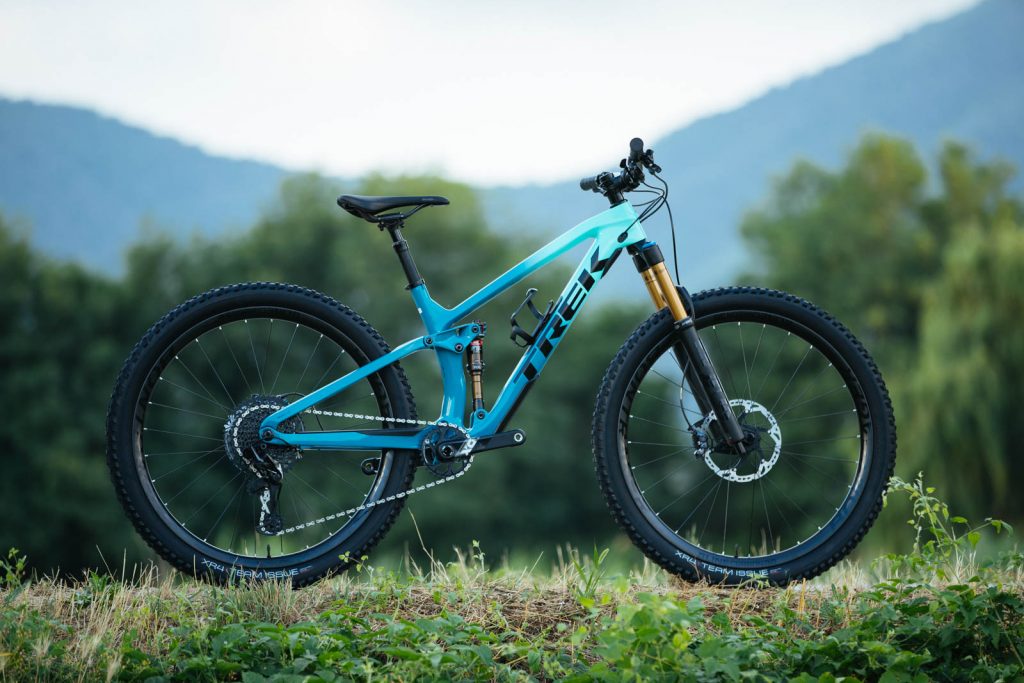 Sublte on the eyes but with delve deeper and there’s a stack of revisions to the all-new Fuel EX. The effective top tube is up to 20mm longer, the head tube a little slacker and rear stays get a little extra girth. Angles and height are fine-tuned with Trek’s Mino Link adjuster, allowing a linkage in the rear stay to be moved – switching the head tube angle by 0.5 degrees and the BB height by 10mm. The seatpost has also gone a little more upright to make it climb as well as it descends and there’s also space for a longer dropper post too.

The 2020 Trek Fuel EX geometry allows for a 140mm fork whist the rear maintains a plush 130mm travel. The rear now features a fixed mount and is not connected via linkages to the chainstay. The EX 8 model and beyond also receives Trek’s RE:Aktiv design which utilises Thru Shaft rear shock with the system eliminating the floating internal piston, meaning less lag and friction. You could say it’s a similar setup used in F1 and MotoGP. 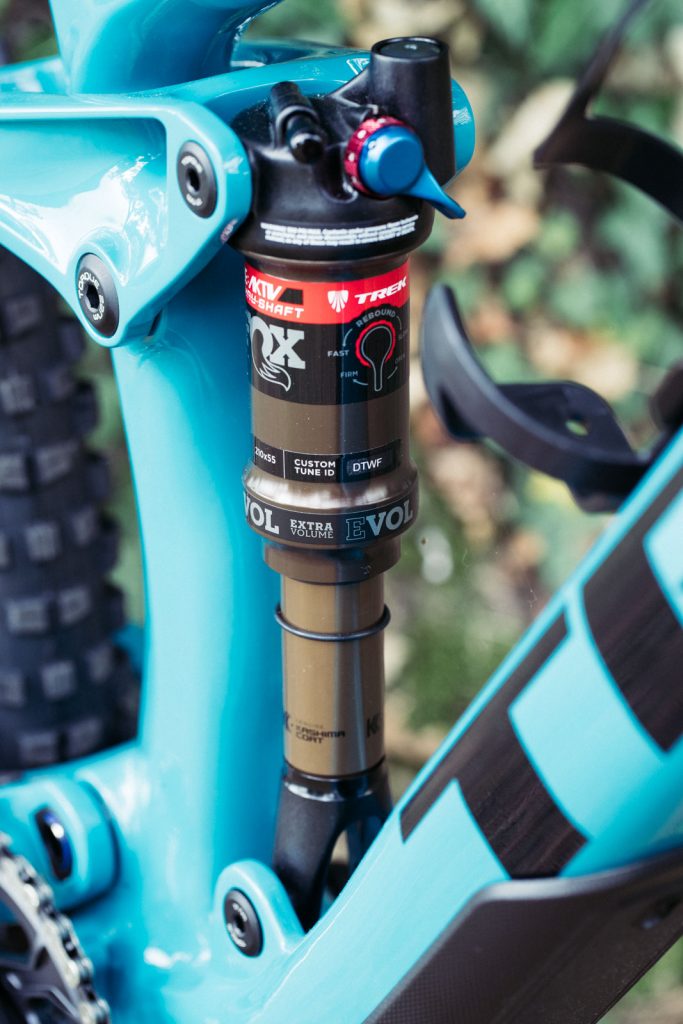 We savour releases that test the norms and push boundaries like the Thru Shaft. In this case one of the hidden gems is the internal frame storage which holds a tool roll (included). Released on the Domane earlier in 2019 , although arguably pioneered by other brands, it’s a feature we welcome but often overlook. Then comes the Knock Block, an ingenious combination of frame design and top cap to prevent the forks coming in contact with the down tube. It also allows the down tube to be lighter.

Next are the features hiding in plain sight, adopting the trends it’s no surprise all models are sporting a single chainring up front and there’s no accomodation for a front derailleur. Sizes from small upwards are all 29” wheels with fatter clearances up to 2.6” of rubber. The smaller 27.5” wheels are reserved for the XS frame size and optional on the S. 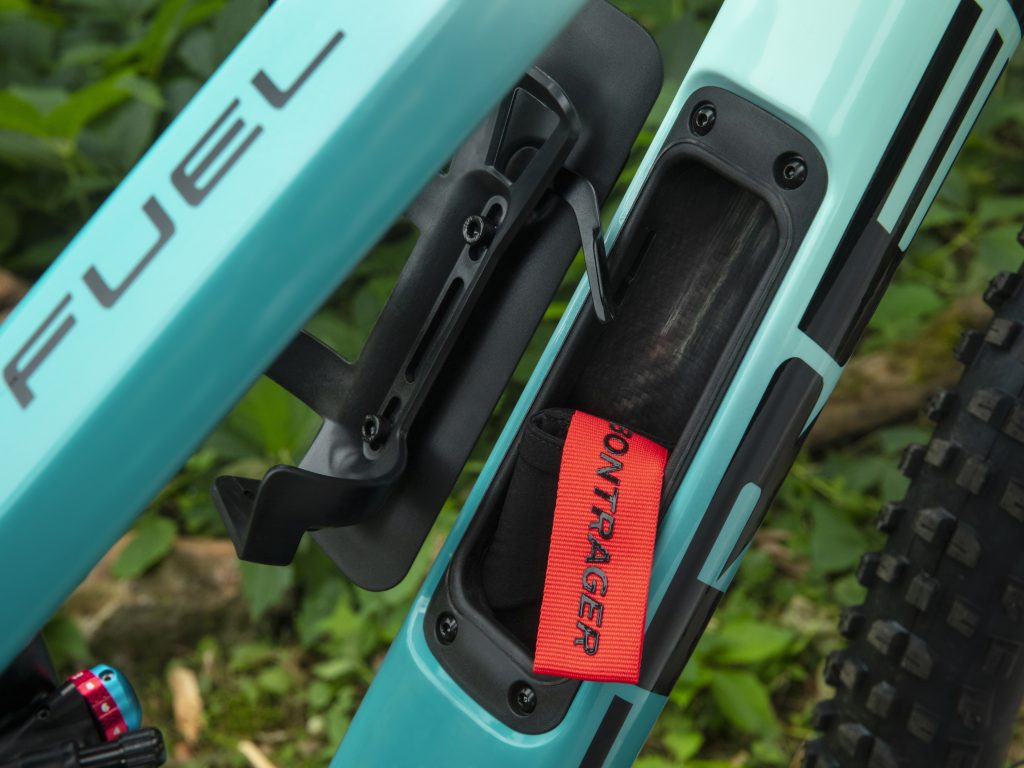 The biggest feature is staring us right in the face, where are the women’s specific models?! The 2020 Trek Fuel EX has more sizing options and versatile colourways than before which, according to Trek, should suit an even wider range of rider, regardless of gender.

Carried over from the previous (2019) incarnation, only the 9 Series will feature a full carbon frames. The Trek Fuel EX 5–8 models utilise Alpha Platinum Aluminium. The following models will be released for Australia and New Zealand (RRp $AUD): 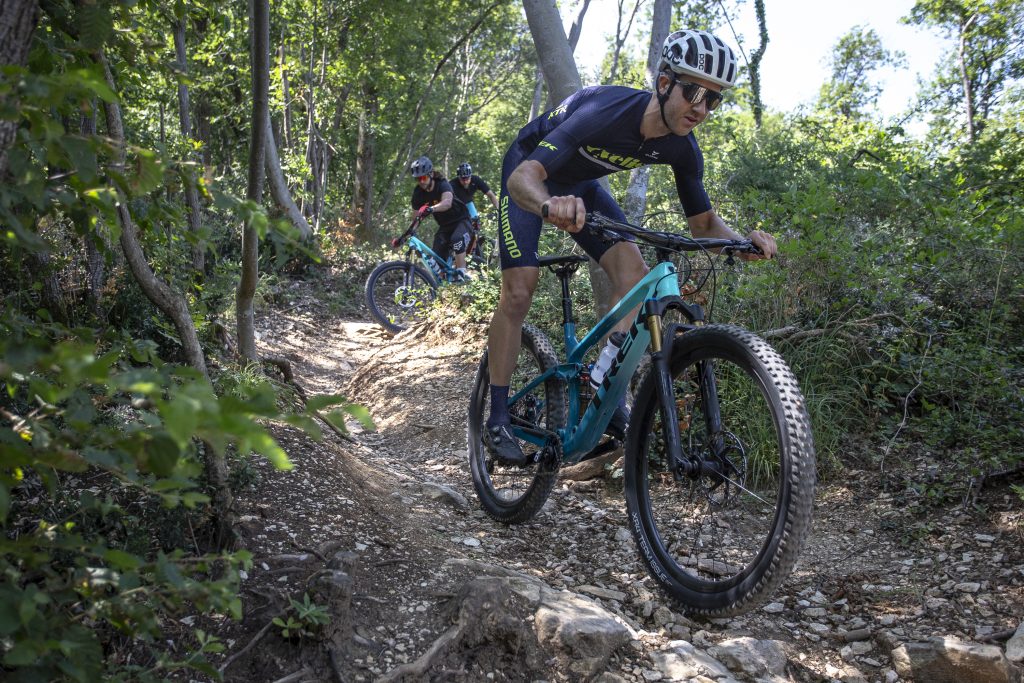 We got to spend a little time aboard the 2020 Fuel EX prior to its release, but fingers crossed we get some quality time on an upcoming stage race, stay tuned! 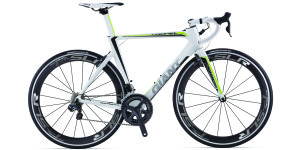 Finally, something that we can work into the budget