Merida’s presence in the peloton can’t be missed, first with Lampre and now Bahrain, its colours and flair are bold and bling, Merida’s new weapon follows suit. Cyclist reacts to the new Reacto.

Le Tour is almost here, the fans playing at home have seen the usual media caravan, team lists have long been finalised, critiques of rider’s fitness and form float about, and with Vincenzo Nibali opting out of this year’s edition it has been relatively quiet around the Bahrain Merida camp. At three days to go before their tour debut, a bike launch wasn’t expected.

The hype of the ‘aero bike’ has died down a little, all the major brands adopted the trend long ago as consumers grew savvy to the technology and ‘free speed’ on offer. Merida are now launching their third incarnation of the Reacto, a concept still as relevant as ever, especially in the world of marginal gains where every watt counts.

Where are the watts?

Merida started with the most obvious improvement, slimming tube shapes and reducing weight, at over 17% lighter (claimed) it’s more than a marginal gain. A new seat stay design coupled with their S-Flex seat post claim to overcome the biggest concern of the aero bike: comfort. The Reacto III arrives in two frame options, the CF2 and a premium CF4. The CF4’s geometry is updated to share that of the Scultura CF, possibly offering Merida fans a familiar frame geometry. For the new-comers, the CF4 is essentially a more aggressive or race fit – longer and lower.

Current trends are not all about watts and these have been embraced in other areas with a disc brake model and further integration. The disc option has been included with reportedly no costs to aerodynamics and the callipers are mounted with a ‘cooler’ technology, essentially a heat sink, using CNC-milled cooling fins to reduce the temperatures by approximately 35%. Integration is abundant, utilising the Scultura’s proven cable routing design to accommodate different cabling options via changeable caps. There’s also a new headset designed with Vision’s Metron 5D bar and stem combination, improving aerodynamics, appearances, and hiding the Di2 junction, again this is interchangeable for traditional set-ups. 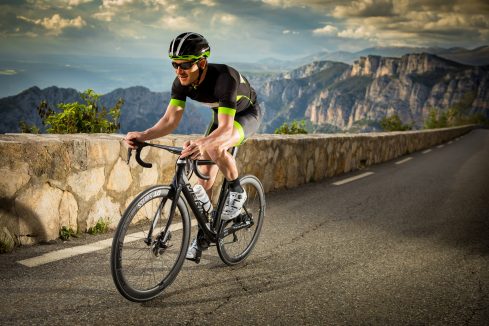 “Everyone will have the opportunity to jump in a breakaway…”

The Reacto III’s arrival is fortuitous with Bahrain Merida’s goals for their tour debut: “Everyone will have the opportunity to jump in a breakaway…” as sports director, Philippe Mauduit, forgoes GC intentions for spirited and fast racing. Watch out as riders like Sonny Cobrelli put the Reacto through its paces. 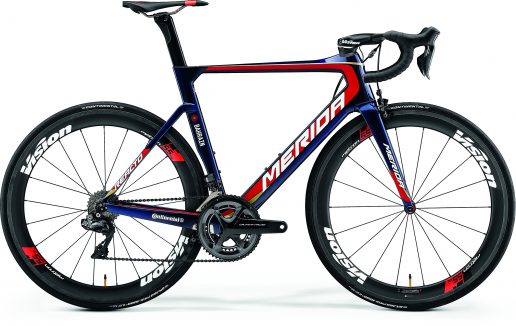 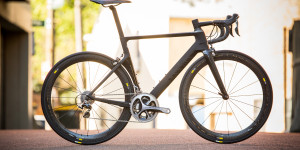 Movistar and Team Katusha are fierce WorldTour rivals but they share one key element tha...