The Izalco Max has done more than enough to establish its place in the WorldTour but there’s a new kid in town. With a ground up overhaul, we’re expecting even bigger things from this German favourite. Cyclist sat down with Focus’ Road Product Manager Andrew James to get the inside scoop around the latest incarnation.

Cyclist: The Izalco Max was extremely successful under the riders of AG2R La Mondiale but what we’re looking at here is something entirely different. Can you tell us a little about how the process for the latest model began?

Andrew James: Long story, short… When I arrived at Focus just over two and a half years ago now the bike had been kicked off in a meeting (‘kick off’ refers a design concept phase). From there we discussed the target, what it would look like, features et cetera. It became clear pretty quick that we were going in a direction that wasn’t correct. I’d come from another company that did things differently. It’s not to say it was right or wrong but it was important to look at our competitors.

So we put the whole project on ice – which is why it has taken so long for the Izalco Max to hit the market. No secrets there, it has been a long and painful process. We were still involved with the pro cycling team [AG2R] and didn’t know at that point what our future would be – so we had to come up with a bike that could be raced at the Tour de France but also be an all-around performer. We had feedback from our team, the dealers and of course from the consumers. There were four key areas we had to look at; integration, aerodynamics, ease of use and geometry. At this time everyone was starting to talk about disc brakes versus calliper brakes. So to kick this process off we actually had two versions; a rim brake bike as well as the disc.

It’s no secret also that we are the sister company of Cervélo. We may not share everything, but there are few secrets shared between the brands. Obviously, we are not as focused on certain areas like aerodynamics. What we do is we talk to them and understand what is essential and then interpret that in our own way. We also have to do a lot of competitor analysis – you really can’t kick off a project without doing this. Then, we also have benchmarks price, spec, graphic design and industrial design. Once you have all those, you can start. 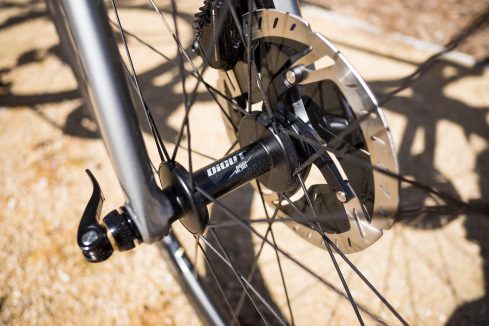 C: The original Izalco Max was supremely light, even the disc version. Since then however, we’ve seen a whole host of new disc bikes that seem to carry very little weight penalty. What’s the weight comparison of the new Izalco Max compared to the old one?

A: The new Izalco Max 9-Series frameset [top model], in its lightest iteration  with a raw carbon clear coat in size 56cm, is 860g. The ‘old’ Max is 750g for the same colour and size. So, you could say there’s a 150g weight penalty however, what we are gaining is a totally different bike. For example, you’ll see on the former Izalco Max that the main triangle is all round tubes. Put simply, this is the easiest way to make a bike that’s light and stiff. The moment you start to change those tube shapes you start to do all sorts of things with stiffness values, and that’s where some of the penalty comes in.

The other part that caused this weight difference is integration. You cannot integrate things like the stem and handlebars and assume it’s going to be lighter. We have done what we have been asked to by our customers and team and that’s led to more integration. 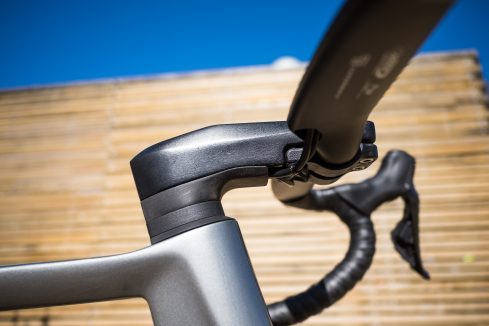 C: What about the fork?

A: Yes, there has been a slight increase in fork weight because we’ve gone internal for the cable routing. There’s a penalty of approximately 25g for the fork. If you take a look at it, there is a heck of a lot of clearance at the top. That was purposely designed to assist with aerodynamics. We are making the head tube a lot shorter and reducing surface area. Airflow can’t get stuck in this area and so goes straight through. 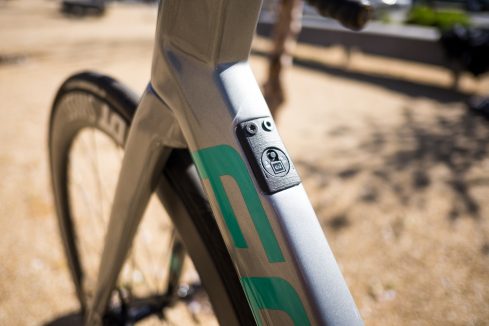 C: Weight is one thing, but resistance is what stops us from moving faster. What kind of claims, figures and numbers are we looking at with the new Izalco Max?

A: First and foremost, it’s important to understand that an Izalco Max is an Izalco Max. This bike should or will hopefully never go into a test with another type of bike. The goal is still for it to be the lightest, most integrated and best performing all-round bike that could be used in any racing event and perform to the top level. In saying that, using the knowledge we had, we went to the Immenstaad wind tunnel in Southern Germany which is actually the same as what the Tour magazine use to for their tests. We test in a very similar method to Cervélo, using dummy riders.

We also make sure we test 1:1 with the same components, wheels and positioning. What we found was that it’s 12 watts faster compared to the old one. Basically, if you did a 40km/h ride in the same conditions, you would be 1:50 minutes faster on the new one then what you would go on the old one. 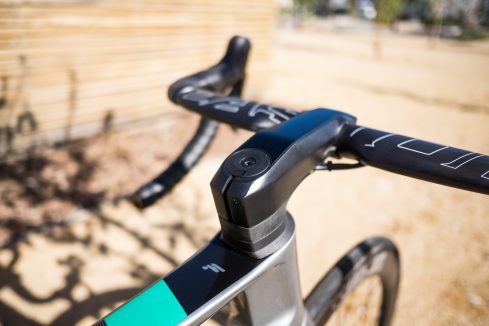 C: We’ve noticed the new Izlaco has gone to direct mount for the derailleur hanger but you’ve still maintained the R.A.T system. Has this configuration altered the stiffness of the rear end or is it purely more from a components progression standpoint?

A: There is a standard dropout as well as a direct mount. It bolts from the internal side the same way. If you were to buy a frameset you would get both dropouts because we don’t know as the supplier what group the consumer will build. But, where we have the complete bike like this, you would get the direct dropout. 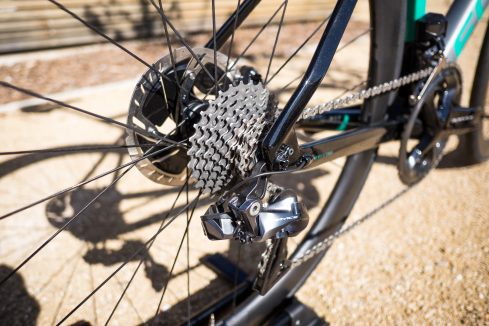 C: In terms of ride handling and comfort are there any significant changes in the new bike that an original Max rider may notice and/or need to adjust to?

A: First impressions when you ride this one is that it’s more comfortable. We’ve gone from a round seat post to a d-shape to get an aero seat tube profile but at the same time, you’ll notice one of the most significant differences is that we have lowered the seat stay down onto the seat tube rather than having it join up near the top tube. What that does is immediately improve the comfort of – it’s a lot more forgiving ride.

The R.A.T axle is new. It was a project developed with Cervélo. You could argue the old R.A.T was a bit more of a mountain bike style and now we’ve made it more road and aero orientated. The mechanism and function are identical. To do a rear or front wheel change is also very quick.

The other thing you’ll notice with the new Max is that it’s a lot more stable and that’s because we have paid a lot of attention to the BB drop. For many years we have gone from 19mm to 22mm to 25mm width tyres. Now we are at 25-plus tyres. During this time no one ever paid any attention to the BB. In effect, the bikes have been rising higher off the ground. Now we are bringing it back down and this is the result of two companies with similar thinking. You’ll feel like you are sticking to the ground, especially when you are going around corners. 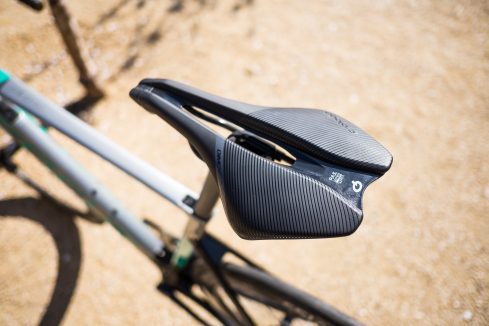 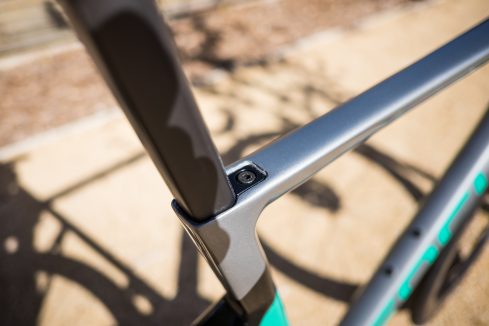 We’ll be putting the all-new Izalco Max through its paces over the coming months and publishing our thoughts in a coming edition of Cyclist. Ensure you never miss an issue and subscribe today from just $59. 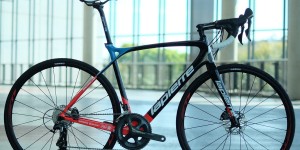 It’s been quite some time since we first stepped aboard a Lapierre Xelius and with long-...