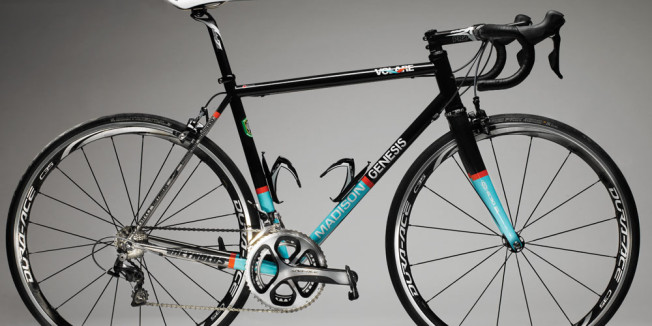 Going against the grain, the Genesis Volare 953 frameset ditches carbon and opts for steel

Since receiving plaudits for its line of steel mountain bikes, Genesis is once again seeking to buck the carbon trend with its latest range of steel road bikes, the Volare. And just in case anyone doubts its credentials, new UK pro outfit Madison-Genesis is currently mixing it with the best on this Reynolds 953 stainless steel version. But it’s not always easy at the sharp end.

‘You obviously get quite a bit of ribbing in the peloton,’ explains Madison-Genesis rider Chris Snook. ‘You get comments like, “We’ve got these new-fangled plastic bikes here, you know!” But actually, jokes aside, there’s a lot of enthusiasm for the bikes.’ Featuring compact geometry, an oversized head tube and press fit bottom bracket, the Volare 953 is doing more than just keeping up with the Joneses.

‘We use compact geometry so that there’s a more laid back seat tube and more seat post showing, making for a more compliant ride,’ says Snook. ‘The head tube is XX44, which means it’s 44mm wide at the top and bottom, a standard Genesi pioneered with Reynolds for its mountain bikes and which is used here because it’s the best way to accommodate an oversized fork on a steel bike. The BB is press fit so you can have the maximum shell width in order to get a weld area big enough to accommodate the thicker, therefore stiffer, chainstays.’

That might sound like it all adds up to quite a lot of metal, but in its full race trim the Volare 953 weighs just 7.6kg. Of course you’ll pay a premium, but then again this is potentially a bike for life, and a hard one at that.

‘I’ve crashed a few times this season,’ says Snook, ‘but whereas on a carbon bike the first thing I’d do would be to pick it up and give it a shimmy to see if everything’s still attached, with the Volare I can just get back on and ride away.’ 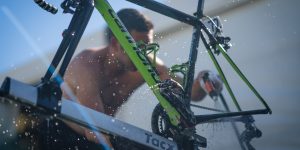 When first released in 2015, this version of Cannondale’s SuperSix Evo was regarded as o...